Jeffcoat Pottery in Calabash stands out for its exceptional glazes and the teamwork of its dynamic owners.

Artists transform common elements into objects and moments of beauty, and this is especially true of Joe and Tonda Jeffcoat.

Jeffcoat Pottery began in Wilson, North Carolina, in 1974, when both Joe and Tonda held full-time jobs — Joe worked in a bank and Tonda taught art. At that time, they were seeking a source for simple pots for their burgeoning hobby — the cactus business. Unable to find what they were looking for, they learned about a pottery class at Wilson Technical Institute that seemed to offer a solution to their need for good-looking but inexpensive containers.

Joe soon discovered that his math and physics background gave him an ability to quickly center clay on the wheel — a critical first step in the process of throwing a pot. Tonda’s art talent gave them design and color know-how.

Soon their collaboration on the pots took over their interest in cacti. Joe applied his scientific knowledge to Tonda’s sense of color, and the quality of their glazes soared. Their pottery collaborations became sought after in Wilson and at the festivals where they displayed and sold their work. Soon the artistic pottery world began to take notice of this dynamic duo. Awards began to pile up. 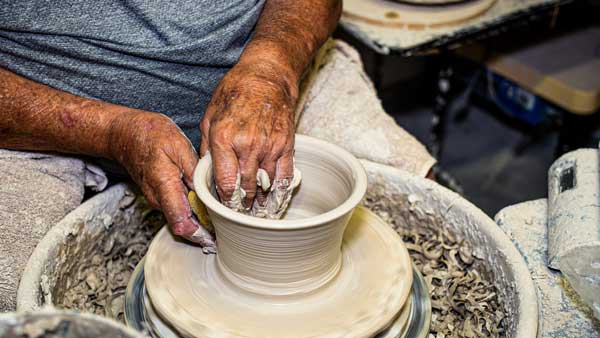 “We began receiving awards in 1982,” Tonda says. “We always create pieces with a creative idea in mind, not for the sole purpose of competing for an award. The fact that we have entered many competitions and received awards is a bonus. We are proud of all the awards we have received over the years.”

Two of the awards they’ve received are the 2003 Nancy Hendrix Memorial Award from the Neptune Festival in Virginia Beach, Virginia, and the 2010 First Place Professional 3D at the Waccamaw Artists and Crafts Guild in Myrtle Beach, South Carolina.

As an added accolade, Seagrove Pottery Group regularly invites Jeffcoat Pottery as one of the few out-of-town potters to their renowned annual Pottery Festival on the weekend before Thanksgiving.

In 2005 the Jeffcoats retired from their other jobs and established a pottery studio on Killebrew Road in Calabash, where they display a plethora of decorative and functional pottery objects. It’s also where they inspire dozens of other potters through classes, seminars and friendship.

The Jeffcoats use wheel-thrown and hand-building techniques. “Each piece of clay that we throw on the wheel is weighed for consistency and made with an eye for functionality and design,” Joe says.

Pieces are dried to leather hard and then trimmed to their final form. After completely drying, the work is loaded into electric kilns for the first firing or bisque firing.

One thing that sets Jeffcoat pottery apart from others is the glazes. These are applied after the bisque stage. Their ability to tease red from copper glazes and the soft “wash” effect they derive from wood ash (that they prepare themselves from raw material of recycled wooden pallets), make their pottery quite sought-after.

The Jeffcoats make a wide range of objects, from mugs to specialty sinks, from vases and trays to chicken roasters and baking dishes, the latter of which come with recipes. 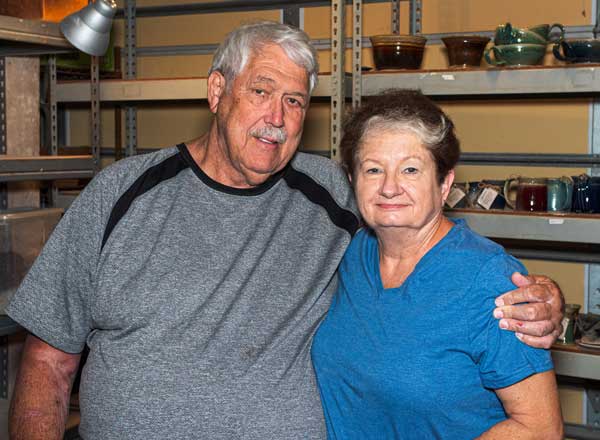 Ginny Lassiter, owner of the Sunset River Art Gallery in Calabash, has carried Jeffcoat Pottery since the couple moved to town.

“What attracted me to it is how beautifully and well made their pieces are — and the range of colors they offer,” Lassiter says. “Also, they do functional as well as art pieces and have so many different wares that many people regularly add to their collection. In fact, I have several people who vacation in the area and every year they stop into the gallery looking for a new piece of Jeffcoat pottery to add to their collection.”

Joe explains the secret to the difference in their pottery. “The secret is our propane-fired kiln. It allows us to go to higher temps. We mix our own glazes from raw chemicals and glaze each piece by spraying. The glazed pieces are then loaded into our 78 cubic foot shuttle kiln and fired using propane gas to approximately 2,350 degrees for 13 hours. After allowing the kiln to cool for 24 hours, we unload the 350 to 400 pots per firing and get them ready for our customers.”

The couple’s path to success is a study in succeeding through passion for one’s art. From the very beginning, the Jeffcoats have continually sought to improve themselves as artists and to share what they learn with others. Each uses his or her particular talents to create wonderful, useful and display objects. Joe throws the pots, Tonda sculpts, and they collaborate on deciding on color, design and glazes.

Denise Bruckner, a Horry County potter who sells her work at Brookgreen Gardens and exhibits with the Carolina Clay Guild, is a student of the Jeffcoats. She notes that the couple’s tutelage has vastly improved her glazing ability. “The Jeffcoats are always willing to share, explain and give us space to find our own new ways of doing things,” she says.

Former student Nancy Knapp of Winding River agrees that working with the Jeffcoats boosted her understanding of process and of glazes. “In addition, the couple gave me the encouragement to know that I should always keep trying,” she says, adding that the Jeffcoats lead by example in the artistic community, giving freely of themselves to others. “They help area potters find kilns and purchase clay on behalf of individual potters and for those who teach pottery in the area.” 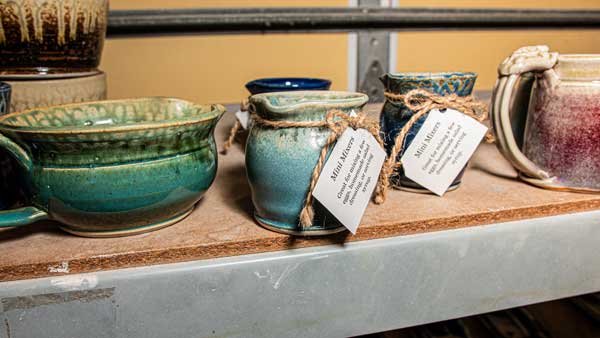 Because of the popularity of their work, the Jeffcoats have so many orders to fill that they no longer open the studio to sell retail or teach regular classes, nor can they fire work for other potters. Their gas and electric kilns are in full use to meet the demand of the orders, including, for example, one for several thousand pieces of pottery on a regular basis for the North Carolina Aquariums. The Jeffcoats do host one workshop each winter at their studio; it’s open to local artists and often features a teacher who has a long-term friendship with them.

Some people believe that artists leave a piece of themselves in whatever they create. Touching the Jeffcoat pieces, this feels true — the objects themselves are lovely, peaceful in their design and glazes, and when you touch them, you feel the kindness of Joe and Tonda Jeffcoat shining through.

Want to see it for yourself?
Jeffcoat Pottery is available at Sunset River Art Gallery, Brookgreen Gardens and at several festivals in the area, including the annual Oyster Festival at Ocean Isle and others. A full list of festivals is on their website. 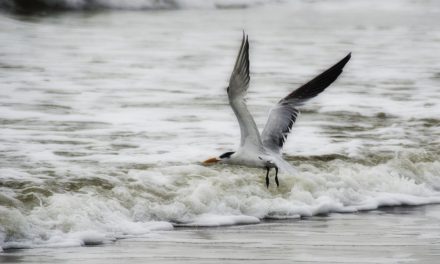 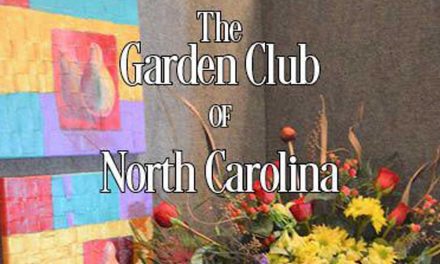 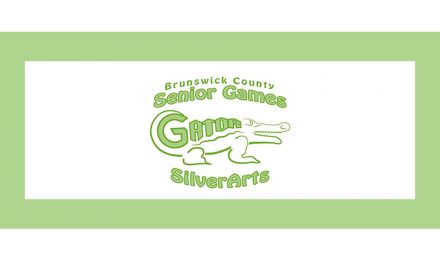 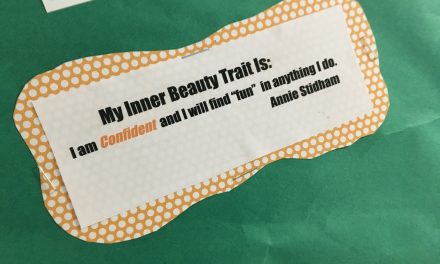