It’s 5:15 am, a final serving of stillness before the sun colors the horizon. A dozen or so women gather in workout clothes at a Wilmington park. Some are young mothers, some are businesswomen, some are pushing Social Security. They meet to exercise, regardless of weather, and to support and encourage each other in a camaraderie that stretches deeper than a mere “Good job!” while jogging in place. They’re at the park to strengthen not only their bodies, but also their hearts and minds, through friendships that overlap into discussion groups, lunches and coffee socials. Workouts are the foundation; confidence, security and sisterhood grow from it.

Females in Action — FiA — has a presence in 15 states, and North Carolina has 22 chapters. FiA Cape Fear started in 2017 and holds 14 workouts a week, scattered among eight locations in Wilmington and Leland. Most are pre-dawn; a few are early evening.

Everyone is welcome. Everyone fits in.

“We are really good about pointing out new people and encouraging them,” says Emily Sobul, regional leader for the Cape Fear sites. “We want to empower you to do what you want to do.

Sobul says her experience with FiA has been life-changing. 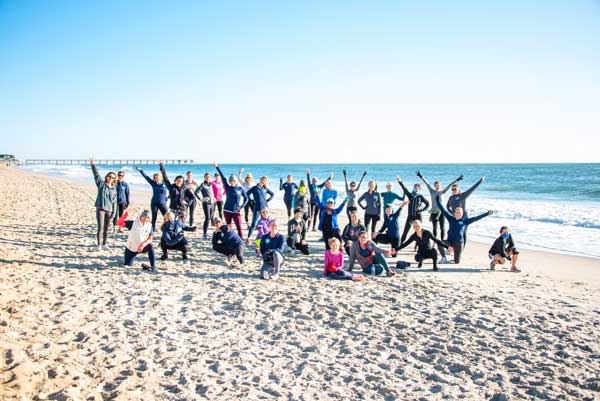 “We’ve all had our first time, which is nerve-wracking,” she says, “but be comforted in that the women are not here to judge; they’re here to empower.”

The women have a code. A workout location is an AO (area of operations). The Q is the group leader. A BB (back blast) is a workout summary. A session ends with a COT (circle of trust).

“After our workout, our Q posts our BBs and how our COT went at the end, maybe with a quote to reflect on or something to think about for the day,” Sobul says. “We have our own lexicon.”

Some attendees are in college, some are high-schoolers, some bring their daughters who are in grade school, some come by before work, and some are up into their 60s.

“We have a ‘no woman left behind’ mentality, so if we’re running, someone always is watching the back of the group,” Sobul says. “No one is ever alone, in whatever we do.”

Sobul, who works in the College of Education at UNC-Wilmington, took over the leadership role last June. Workouts are free, her position is volunteer and — as with the early morning sessions — she has a support group to help with FiA duties. It’s busy, but it’s a good busy.

“I work 40 hours-plus a week, but I do have people who help me,” she says. “Our weekday workouts are 45 minutes, and we really honor that start time and end time. We have people who have to go home and get the kids up and ready, or they’re coming in from working a night shift. It’s basically a peer-led, boot camp-style workout for women, only the methodology is that fitness brings the people here, but it improves the whole community. It improves our bodies, minds and hearts.”

And that — Bodies, Minds and Hearts — is the motto, the keywords in these women’s stories.

“Minds has to do with our little socials or our get-togethers after workouts,” Sobul says. “Some people will bring their coffee and sit around in a circle and talk. Hearts has to do with philanthropy things we do in the community. You come for the workout, but you stay for the community we have. We really are there for each other.”

Sobul recalls a participant who had a family issue before Christmas and how her workout group organized a month-long meal train. Another moved to a new house, and FiA friends helped pack and carry. 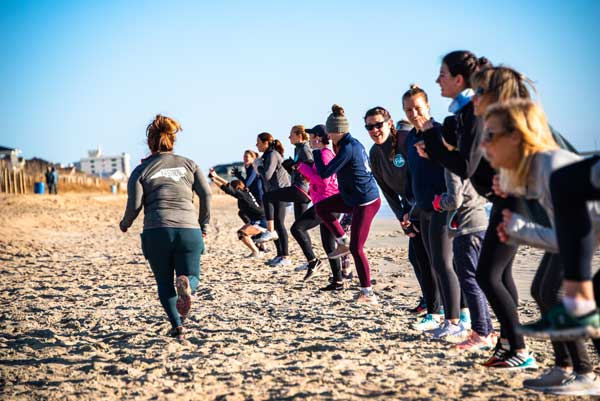 “We had good turnouts, but it isn’t anything like it is in person,” Sobul says. “But I think our groups grew, because gyms were closed and people were seeking something for physical activity. I know at least two people, who are in our Bible study, who canceled their gym membership.”

In relation to the Minds and Hearts part of the motto, last October, FiA Cape Fear regulars started a Bible study group that meets on Saturdays. They’ve been studying the Book of John. It’s part of motivating the women to be mentally stronger. And that carries over to the Bodies aspect.

“Last March I ran my first 5K,” Sobul says. “And they were there, cheering me on. Some even ran along beside me.”

At 5:15 am at the park, sometimes only eight or nine women show up, but sometimes it’s close to 30. Tuesdays, when three city locations are in use, the total is just shy of 60. The peer-led sessions have a disclaimer — so no one is responsible in case of a mishap or injury.

“We’ll have a person who comes up with a workout at home, then comes in and leads it,” Sobul says. “This is a different kind of leadership you might not get anywhere else, and once they get that empowerment and encouragement to lead, we’re there rain or shine.”

The focus is on everyone being their best in every area of their lives.

“Some have said that they’re better moms or better in their jobs because of the fitness and the camaraderie,” Sobul says. “And that’s the main thing. It’s more than a workout. It’s getting stronger, together.”

We the People: A Life Lesson in Government at Leland Middle School 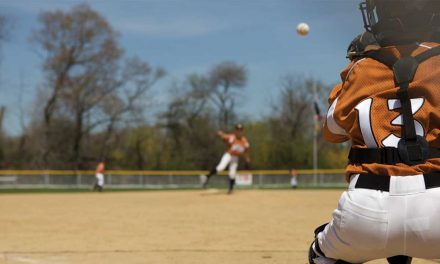 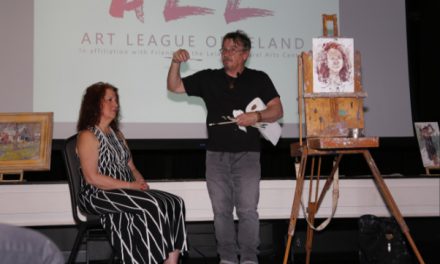 Inaugural Meeting of the Art League of Leland (ALL)