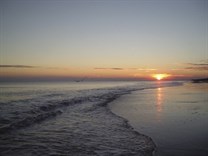 Day 1: The Arrival
If you believe in signs, then you would believe that, after our six-hour drive to Oak Island under the dingy blanket of clouds that was clinging to the North Carolina coast, the sun coming out was a sure sign that the week was going to be a good one. A low-pressure system had hugged the mid-Atlantic shore for almost a week, but, by the time we pulled up to our cottage, the golden afternoon sun refreshed our spirits and beckoned us to the beach.

After making some obligatory trips back and forth to the truck to unpack the first round of vacation accoutrements — the perishable groceries, the toilet paper, etc. — I headed out for a short walk and was greeted by a pair of mourning doves perched on the deck. The day ended with a spectacular sunset dripping with orange and cerulean hues. Do you believe in signs?

Day 2: The Fish
There is something exciting about low tide first thing in the morning, especially if you are a beachcomber. Overnight the sea deposited all kinds of treasures, and the flat sand made walking easy. I began the first full day of vacation with a 90-minute stroll to the inlet and back accompanied by breakfasting terns.

On my venture, I spotted a group of fishermen in the distance. One was running. He fetched a dip net, and as I drew closer he scooped a large fish out of the surf. I heard another emit a whoop of joy at the catch. Four boot-clad fishermen from Gaston County were photographing and posing with a copper-colored redfish. It was just one inch too long to keep. After documenting the trophy catch, they gently released him back into the sea. 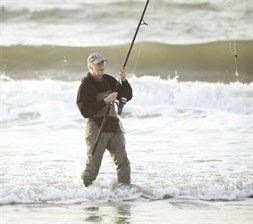 Day 3: A Fish of My Own
Following another morning of low-tide shelling, I decided upon an afternoon of fishing. After lunch I headed to the beach equipped with freshly caught finger mullet, a beach chair and Old Lucky — an ancient fishing rod with a vintage green Penn 720 reel. It belonged to my grandfather and has caught more fish than I can remember.

I fished on and off, and during the off time I stared out at the sea and watched the sunlight diamonds flash on its surface. One of Oak Island’s attributes that I most enjoy is its east-west orientation, which allows the sun to always be over the sea. As the tide came in some bluefish showed up, and while I more or less wasn’t paying attention, a nice keeper flounder found its way to the end of my line. Old Lucky and I were once again successful. 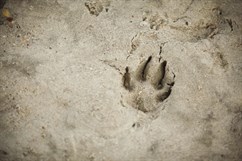 Day 4: The List
Ten productive things to do while waiting for the sun to come out and the tide to rise:
1. Run dishwasher and unload.
2. Be thankful it isn’t raining.
3. Take dog to inlet for exercise.
4. Mail a postcard to your mom.
5. Restock bait supply.
6. Restock wine supply.
7. Edit manuscript for forthcoming book.
8. Do laundry, dry and fold.
9. Be thankful again that it isn’t raining.
10. See how long it takes to walk to Ocean Crest Pier.

Day 5: Simple Pleasures
Today was still with very little wind, causing one not to want to move too quickly or speak too loudly so as not to buck the system or go against the trend. It was a time to enjoy the simple beauty in everyday things that might be overlooked if one were not staying by the sea. The shade of green in the translucent wave that peaks around your knees, the reflection of a shorebird standing on the wet sand, the ebb of the tide as it recedes even more than you were expecting, the joy of spotting a brown cotton rat scurrying amongst the dunes, and the steadfast feeling that comes from standing under the flash of the Oak Island Lighthouse. 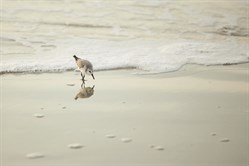 Day 6: For the Birds
The wind switched during the night, and the change brought clear skies and the smell of salt water. That pesky cloud cover that had been hovering for two days was gone, and we were greeted by a beautiful sunrise. The sun summoned me and my sand chair for a morning of birding. I watched a willet use his thin bill to prod and probe for coquina clams. An osprey dived for a morning meal, hitting the water with a loud kerplunk. A fish crow strutted around the cooler and clucked for a handout. Offshore, two seagulls squabbled over a smackerel from a fishing boat while the pelicans flew in long graceful lines, their curved wings just above the cresting waves.

Day 7: The Departure
The day’s chores began with fishing high tide and dutifully using up the bait. It was another still morning, and the sky was filled with muted tones of blue and gray. Everything out to sea was void of color — the boats, the lighthouses, the pelicans on the water and the dolphins slowly swimming by were all silhouettes.

Small sea mullet and pompano were glad to receive the little fleshy pieces of shrimp we offered them. We threw the fish back for another day, and I wondered how big they might be in a year. As we walked back to the cottage to face the task of clean up and packing, I had a splendid plan. With any luck next time we can stay two weeks. 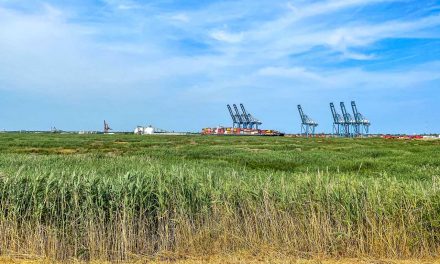 The Fate of Eagles Island 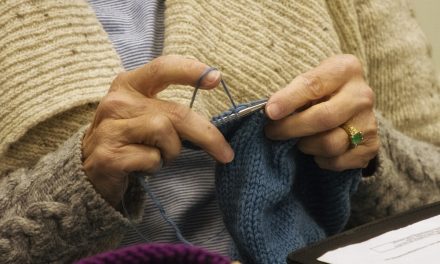 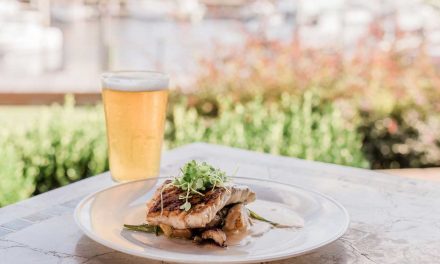 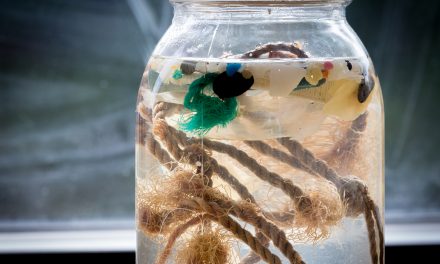