In February the environmental organization Greenpeace sailed its newly launched $33 million ship, Rainbow Warrior III, into Southport. Greenpeace is all about encouraging the people of the world to transition from environmentally harmful behavior to responsible conservation of the earth’s natural resources, and they came to Southport to protest Duke Energy’s use of coal-fired power stations.

During Rainbow Warrior III’s two-day stay, a free shuttle boat transported more than 1,000 visitors from the Southport yacht basin to the 190-foot schooner, which was anchored in the Cape Fear River. Guests were shown the main features of the ship, including the helicopter deck and wheelhouse, where the younger passengers were invited to sit in the captain’s chair.

Visitors were told about Greenpeace’s campaign against the use of fossil fuels, and their push for the development of wind power in North Carolina. Passengers were then encouraged to get out their cell phones and text Jim Rogers, president and CEO of Duke Energy, to register their complaints.

Students from UNC Wilmington (UNCW) were on hand to assist the passengers on and off the Scuba South II shuttle boat and to answer any questions about the Greenpeace organization and its mission and history.

Nathan Franze, UNCW student and member of ECO (Environmental Concerns Organization), was there that day.

“When the merger of Duke Energy and Progress Energy takes place, they will be one of the largest utility companies in the country, and they are going to have so much influence,” Franze says. “We want them to take a leadership position in encouraging the development of renewable energy, such as wind and solar power.”

Franze went on to say that a study published in 2010 by Oceana (an international ocean conservation organization) states that 100 percent of North Carolina’s energy requirements could potentially be supplied by offshore wind.

When this statement was brought to the attention of James Turner, Greenpeace media officer, his response was this: “‘Clean coal’ is a PR term dreamt up by the industry. There is no such thing. As Duke and Progress retire existing coal plants, they should replace the energy with truly clean sources like wind and solar, not natural gas. 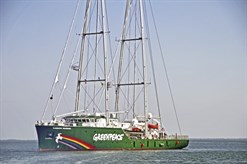 The Greenpeace movement grew out of a failed attempt to stop underground nuclear testing at a small island off the coast of Alaska in 1971. Forty-one years later, the organization, now headquartered in Amsterdam, has regional offices in more than 40 countries, some 2.8 million supporters and 15,000 volunteers worldwide. They have three ships, but the Rainbow Warrior III is the only sailing vessel, the only one capable of entering rivers and shallow ports and the only one that was designed and built to Greenpeace specifications. As such, it is their primary environmental campaign ship.

Southport was one of five U.S. stops on the ship’s way to Brazil for the United Nations’ “Earth Summit” in Rio de Janeiro in June.

The controversy continues between the Greenpeace idealists and the business world’s pragmatists. Perhaps one day it will end in a compromise that neither side will fully embrace, but both can learn to live with. 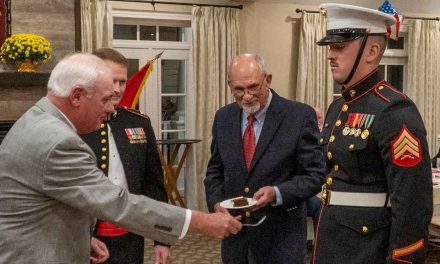 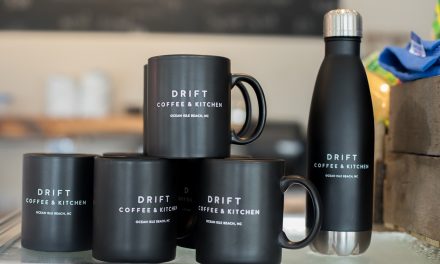