“Southport is something in the spring,” says Randy Jones. “It has always been one of my favorite times here. The azaleas bloom, the marsh grasses start to turn green, the birds come back and our visitors start to return.”

Jones is sitting on the front porch of the Southport Visitors Center on a beautiful, not-quite-spring morning, rocking in the rocking chair, watching the town wake up and reflecting on his career.

For nearly ten years, Jones was the Director of the Department of Tourism for the City of Southport, but he stepped down April 7 to develop his nonprofit, Make A Difference Entertainment, which helps other nonprofits in fund-raising ventures, full time. His resignation took some by surprise, but he’s confident the department will be in good hands. In the interim, the usual army of volunteers has staffed the Visitors Center, the Community Center has operated uninterrupted and the Town Managers have overseen the department’s day-to-day operations and will continue to do so until a replacement is found. But ask most anyone in Southport and they’ll agree that Jones will be hard to replace.

Jones’s family has a long history in Southport and includes one of the town’s first mayors. Dosher Memorial Hospital was named for Jones’s grandfather, Dr. J. Arthur Dosher. Most weeks his family gathers for Sunday dinner, as they have all his life. This insider’s perspective into Southport created an interesting dichotomy in Jones. How could he balance his life as a native to Southport with his job of drawing seasonal visitors here? He had to get creative to do it.

As a native, he grew up watching the tourists come and go with the seasons, knowing the town was dependent on them to keep itself going but seeing some resistance around town to the visitors’ presence every year. In his role as Director of the Department of Tourism, he was charged with the responsibility of bringing in visitors and encouraging them to stay. His approach to balancing his roles was thoughtful, innovative, sustainable and, above all, simple.

Trisha Howarth, Hospitality Sales and Marketing Director for Bald Head Island Limited, worked with Jones for many years and cited his enthusiastic and innovative approaches as keys to his success.

“Randy is passionate about his hometown and the promotion of its businesses and quality of life,” Howarth says. “He created activities to bring residents together and formulated events that wove non-residents into the fabric of our community.” Jones says he knew that making the locals happy would make the tourists happy.

“I always took a different attitude about tourism. I kept the locals in mind,” Jones says. “I thought that if I could improve their quality of life, the tourists would come. So we started the Spring Festival, worked to improve Waterfront Park and downtown, and implemented little things that would make life better for our residents but also make Southport more appealing to our visitors.”

The changes worked. The Spring Festival, held April 2 and 3, drew a large crowd of locals and visitors, as it does every year. The Summer Sundays Music in the Park event continues to attract larger crowds. The Waterfront Movie series and the Southport Waterfront Market fill the lawn of the Fort Johnston Garrison House with families of locals and visitors from near and far. Every program or event Jones worked on — from Taste of Southport to Ibis Fest to the Memorial Day Apple Pie and Ice Cream Social — has been met with the success he envisioned.

One of the ways Jones worked to make the events and programs viable was through the development of partnerships with local businesses and groups. He worked with TrinityMethodist Church and the Cape Fear Audubon Society to develop Ibis Fest (which takes place May 14 and 15). Downtown Southport, Inc. was a key partner in the Southport Spring Festival and Waterfront Market. The Southport Garden Club and Curb Appeal team helped maintain public gardens and planters around town.

“Randy has an enthusiasm about Southport that’s infectious,” says Kathy Dzubak, resident and owner of Curb Appeal of Southport. “He was the biggest cheerleader this town had. I think his love of Southport came through in his hard work and dedication to his job.”

Jones’s love of Southport guided him in his ten years as Director of the Department of Tourism and helped him rediscover his hometown when he returned home.

“When I graduated college from UNC-Chapel Hill I traveled,” Jones says. “I worked on films, as a waiter, in the marketing industry, but I think what I was doing was learning how to do this job all along. My life experiences shaped the way I saw Southport when I returned.”

Working in the production offices of Summer Catch as a liaison between the film crew and Southport, Jones began to notice a change in his hometown.

“There was a new energy here,” he says. “The town was being revitalized in a physical and emotional sense. New restaurants and stores were opening. New residents were moving into town. Something exciting was happening.”

After the film wrapped, Jones searched for a place in the changing face of Southport. He found a renewed energy and enthusiasm for his hometown and wanted to find a way to make a difference in its future.

“The Southport 2000 program (a city revitalization program designed to guide Southport into the year 2000 and beyond) was coming to an end and the city was looking at creating a Department of Tourism,” Jones says. “The prospect excited me and I wanted to be a part of it. I guess they saw my enthusiasm and thought I was the right man for the job because they made me director.”

Jones held the position until March 2010, when he said his final farewells. His department includes only five paid employees (his was the only full-time position) and is made up mostly of volunteers. Of the 36 volunteers who staff the Visitors Center, 19 have been there ten years or longer. Over the course of the last decade, more than 600,000 people visited the VisitorsCenter (not including those here for the Fourth of July celebration) for information, inspiration and some guidance for what to do.

“Whenever we would get visitors who wanted to know what they should do first, I would always tell them the same thing: Go down to Waterfront Park, get out of your car and look at the water for a while, then walk back up here and check out the antiques, grab lunch and then do it all again,” Jones says.

In the spirit of cooperation and partnership that he fostered in his hometown, Jones acknowledges that he had a lot of help along the way. “The ‘thank you’ list is long — too long to mention any one person or group,” he says. “I want to thank Southport herself. This town draws people here, but only through the hard work of the community. To the town, the citizens and spirit of Southport I say thank you, and I’m glad we did it together.

“My hope is that Southport is better for my work,” he continues. “I think the quality of life in the town and the quality of the staff here at the Visitors Center reflects that. This town shines with the pride, devotion and love of the people who treasure this place. I’m honored they let me be part of it for so long.” 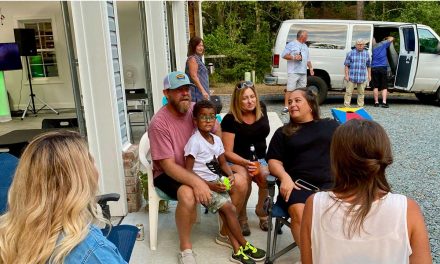 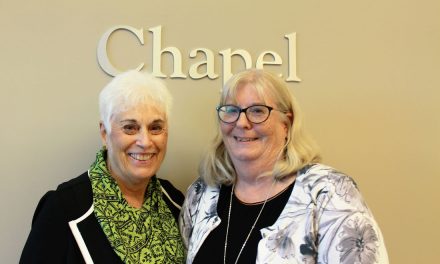 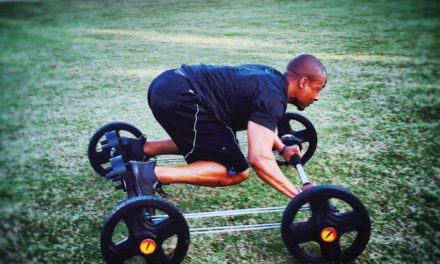 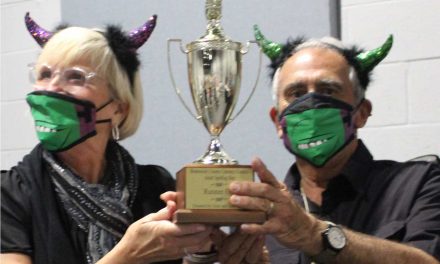