Editor’s note : In this and the next five issues, North Brunswick Magazine will be running a six-part series focusing on the mayors of northern Brunswick County. This article focuses on how the mayors are working together; the next five articles will feature each mayor individually.

Over the course of the last few years, Brunswick County has undergone tremendous change. From the emergence of planned communities large and small to the commercial development around Cross Creek Commons, the face of Brunswick County continues to evolve.  According to the most recent numbers available from the U.S. Census Bureau, Brunswick County was the 17th fastest growing county in the United States in 2007. Despite a nationwide economic slump, the county is still experiencing growth, albeit at a slower pace, thanks in no small part to the communities and their leaders here in Brunswick County.

What makes this such a desirable place to live? What is being done to ensure the economic and cultural vitality of our communities? What are some of the issues facing Brunswick County in the next few years? We spoke with five mayors from northern Brunswick County to discuss the present and future of their communities and their county and to see how they were working together to face common challenges.

In 2009 Jack Batson was elected mayor of Belville and set out to change the way things had been done. What he wanted was simple: cooperation between Belville and its neighbors large and small. He invited the mayors of four nearby towns to meet. Leland Mayor Walter Futch, Navassa Mayor Eulis Willis, Sandy Creek Mayor Robert Cruse and Northwest Mayor James Knox accepted his invitation. They recently met for the first time to discuss the present and future of their towns and of Brunswick County. They have high hopes that these meetings, and the cooperation borne of them, will guide Brunswick County into a prosperous future.

“We needed to start working together,” Batson says. “As such close neighbors we’re often addressing the same issues from different angles. Why not talk them out, see what the other guy is doing and present a united front?”

His idea makes sense, especially considering that in many areas of northern Brunswick County it’s hard to tell where one community ends and another begins. But it also makes sense because projects like the northeastern sewer corridor, a key component in allowing future commercial and residential growth, impact every community in the area. With input from everyone involved, a master plan can be developed that will accommodate long-term growth in this end of the county.

“It’s not just growth,” Batson explains. “We all want amenities for our communities, but they can be planned in such a way that we all benefit. Take the bike paths and walking trails we’ve been discussing. If [Belville] plans ours to go to the town line and Leland plans theirs to go to the town line too, we could have two paths on opposite sides of the road that end at the town line. What sense would that make? If we plan together we can design and build longer paths and trails that would weave our towns together and provide all of our residents with longer, more usable trails.”

Bike paths are a good example of some of the issues that emerge when towns are located beside, or even inside, one another, as is the case here. Building codes vary, so it is possible to have neighbors with different sets of requirements, allowances and building codes governing their homes or businesses, a fact that’s not lost on these mayors.

“We have a few situations where one house is in Belville or Navassa and the neighboring house is in Leland, and we have different development codes from one another,” says Futch, mayor of Leland. “Meeting with the other mayors is going to give us all a chance to reevaluate some of these codes and ordinances and possibly develop a standard set of development codes.”

A standard set of codes would make it easier on builders and residents to build and maintain homes and developments in areas where communities may span two townships.

But it’s not all about examining development codes and bike paths; it’s about benefiting every community in the area. Northwest’s mayor, James Knox, and Sandy Creek’s mayor, Robert Cruse, are looking at a different set of needs for their significantly smaller communities. In these communities the expansion of utilities has been a significant challenge. How can they encourage Time Warner Cable to invest in the upgrades necessary to bring high-speed Internet and digital cable to their towns? How can they approach the N.C. Utilities Commission with the needs of their tiny communities and be taken seriously? That’s where the newly developed partnership comes in.

“To small communities like Sandy Creek and Northwest, working in partnership with Leland, Belville and Navassa really helps us have a voice on the county and state level and when we negotiate with private businesses,” says Cruse. “It’s easier to persuade Time Warner Cable to upgrade their lines and offerings [of digital cable and high-speed Internet] if it benefits 10 or 12,000 people rather than a few hundred. They see the big picture of their investment, and it ends up helping us out as well.”

In a town like Sandy Creek, this type of investment by utility companies would have an immediate impact on current residents in the form of expanded services, but it would also impact future commercial and residential development by establishing the services needed for growth. And growth is important.

“We’re always working on growth issues,” says Willis, mayor of Navassa. “Here in Brunswick County we have to have controlled and contained growth in order to retain our history and culture. Haphazard growth puts the future of towns like Navassa in great jeopardy.

“We’re looking at moving from a set of independent industrial communities to a collection of suburban bedroom communities for Wilmington,” continues Willis. “How will that impact growth? Property values? Cultural history? How does it impact minorities in our communities? Our schools? These are all issues we carefully consider when we meet.”

Controlled growth means managing the development and expansion of key pieces of infrastructure. Utilities must be in place that will accommodate the desired growth. Public safety elements like fire, police and other emergency services must be expanded and upgraded to serve both new developments and an aging population. Roads and bridges need to be planned, installed and widened to accept higher traffic loads that come with commercial and residential development.

The transportation issue is one the mayors give extra attention. From the proposed Skyway bridge project spanning the Cape Fear River from Wilmington to Brunswick County to the possible Highway 17 bypass that would cut through Navassa to the twice-daily snarl at the causeway and Cape Fear Memorial Bridge interchange, traffic needs are on the minds of all of these men. Without viable solutions to current traffic problems, future projects, if poorly planned, could further traffic problems and frustration rather than alleviate it.

“In all of our communities we have land available, even the beginnings of new developments,” says Knox, mayor of Northwest. “We are waiting for the arrival of new residents who will buy land, build houses and businesses and live in our towns. But if that happens before the transportation issues are solved, we’ll only add to the problem.”

The mayors of Navassa, Leland, Belville, Sandy Creek and Northwest have a lot to consider in their bi-monthly meetings. Balancing the needs of their current communities with their future needs is no easy job, but they have one another to call on, and that is the most important thing Batson was looking for when he got them all together.

“We have to be good neighbors and hold to the small-town atmosphere that sets us apart from other areas,” Batson says. “This is just the first step in that. This is the first step toward the future of Brunswick County.” 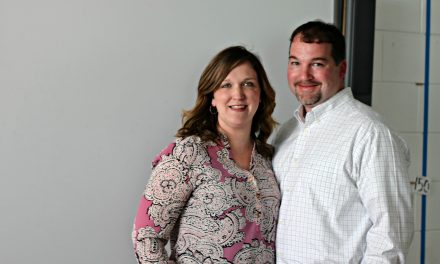 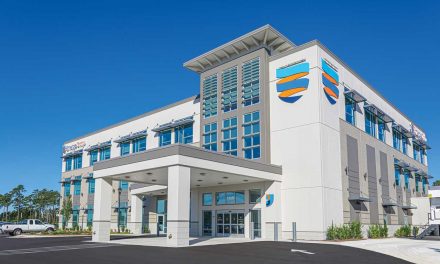 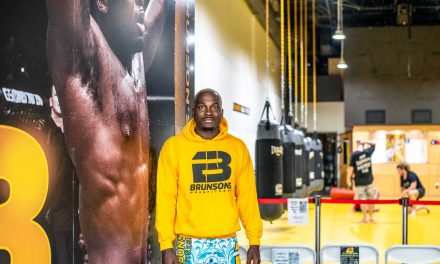