A massive movement in the world of DIY-ing has commenced, and creative folks around the nation — and in your neighborhood — have one website to thank: Pinterest.

Your friends are cooking more frequently, your children’s teachers are teaching more creatively, your spouse is … well, your spouse is being forced to build things typically left to the professionals. All because of Pinterest.

Pinterest boasts millions of ideas on thousands of topics, from teaching grammar using fun techniques to getting tough stains out of fabric; from how to make homemade Snickers bars and drool-worthy doughnuts to ways to tone flabby abs after eating said sweets; from hairstyle inspiration to home renovation.

The site is best explained as a virtual pinboard, a place to collect and share ideas among friends and, actually, anybody who chooses to “follow” you.

The online community replaces the archaic concept of website bookmarks by allowing the user to categorize ideas — illustrated by a photo thumbnail — for simpler and more visually appealing browsing. Each pinboard, or category, makes up a square on your homepage and, within each square are pretty little pictures of sample pins on that board. It’s so much more appealing than a bunch of text in a dropdown box.

Bottom line? You won’t truly understand Pinterest until you become a user. And — I speak from experience here — once you become a user, you will become a Pinterest addict. Don’t believe me? Ask my family. This once mac n’ cheese–only makin’ momma is now whipping up baked cheesy chicken penne with a side of bacon-wrapped asparagus and Chocolate Earthquake Cake for dessert. And I do that five times a week. It’s not a miracle, people. It’s Pinterest.

Because you need to know what you’re missing here, let me offer an example. You find a recipe online that other Pinterest users are buzzing about — a recipe that claims to be simple and scrumptious. Instead of printing out the instructions to collect dust in a hard-copy cookbook or filing it away in the unorganized abyss that is your computer’s bookmark toolbar, you “pin” this recipe to your “dinner ideas” pinboard. The recipe, visually represented by a photo thumbnail of the prepared dish, now awaits you in an organized and easy-to-find format. While it sits on that board, you continue to hear other friends/Pinterest users raving about this dish. The recipe that tempted you in the first place continues to reappear on other user’s pinboards, enticing you even further.

Therein lies the beauty of Pinterest. The once uninspired, intimidated and way-too-busy-too cook mom of two tries her fate. Pinterest users create the buzz; she thinks “I can do this.” The Rocky theme plays. She caves. She clicks it, she cooks it, she impresses herself and her family. Voila, she becomes the new Bobby Flay of Brunswick County. And the addiction begins.

So much more than mouth-watering meals

Although it is one of the most common themes, Pinterest is not confined to cooking. You can find “Bucket List” pinboards where users pin photos and links to beautiful locations that they’d like to visit; “Cool Crafts” pinboards where pinners channel their inner Martha Stewart; “Dream Home” boards that collect fun home décor ideas; “Inspirational Words” boards that showcase a pinner’s collection of motivational quotes found online; and “My Style” boards where users save favorite clothing items or outfit combinations.

Want a sewing pattern for a ruffle-bottom romper? Pinterest has it. Need a cool craft for your five-year-old on a rainy day? You have thousands to choose from on Pinterest. Don’t know how to get grease out of a T-shirt or silly putty out of pants? Pinterest does. You name it; you can find it on Pinterest.

The social media site is more than just storing ideas, though; it’s sharing ideas too. Most of the fun is found by browsing your friends’ and followers’ pins, and then repinning the pins that you like to your own pinboard. You can view comments made by others — for example, what can be used as an alternate ingredient in a pinned recipe — and the number of repins the item boasts, which is a good way to identify hot trends. It sounds confusing, but you’ll get the hang of it quickly. Before you know it, your Pinterest inspiration will have you building barn doors for your home and bringing Hollywood’s Boho style to Brunswick County. True story.

How have you lived this long and not heard about Pinterest, you ask? The site was launched two years ago — early 2010 — but it wasn’t until recently that this social media sensation took off. The site’s traffic increased 429 percent between September and December of 2011, now claiming 3.2 million users. Pinterest has been identified as one of the top five referring sites for retailers, and Time magazine named the site one of the top 50 websites for 2011. Experts predict that 2012 will be to Pinterest what 2006 was to Facebook.

Brace yourselves husbands because Pinterest is here, which means only one thing: Mama’s gettin’ crafty this year.

Pinterest addiction level: “On a scale of 1 to 10, I’m a 9 or 10. I get on the site two or three times a day just to see what everyone else is pinning, and on Sundays, I sit down with the site to print out my meal list for the week. Before Pinterest, I was cooking hot dogs once a week and we were going out almost every other night. Now, I cook a new Pinterest recipe four times a week.”

How Pinterest changed my life: “Before Pinterest, I would pass away the girl’s’ nap time by getting on Facebook. Now I am making jewelry, untangling Barbies’ hair, trying a new face scrub, a new photography pose, salt dough handprints and various other kid crafts, trying a new exercise, and sometimes just sitting and dreaming of all the things I could make. It has inspired me to save money and get creative!”

The family’s feedback: “When I started using Pinterest, I wasn’t really telling [my husband]. But, when I tried my first recipe out on him, he looked at me and said ‘Wow, this is actually good!’ I told him that I found it on Pinterest and he looked at me like I had two heads. He gets it now and he’s thrilled because he knows I’m always making something new for dinner instead of sending him somewhere to pick something up. It’s changed everything. I’ve always wanted a traditional family where we all sit around the table and eat, but I just couldn’t get it together. Now it’s neat because [my oldest daughter] helps me cook and we all sit down together for a meal. Like a real family.”

The HR manager thinking about inking

Favorite things to pin: “Recipes, kids’ artwork ideas, tattoos and pretty places to travel. I’ve actually been to some of the places that I pin, so it’s a little bit of nostalgia and then there’s a lot of places that I want to visit on there too. With the tattoos, I just love seeing people’s bodies as an artistic canvas. I have several tattoos, so I’m good for now. But if the mood strikes, I know where I’m going for ideas!”

How much time do you spend on Pinterest: “I’m on there at least two hours a day. I actually invited my sister [to join Pinterest] this morning and she’s been on there for about two-and-a-half hours already. She and I both agree that it tends to spiral out of control.”

What do you love most about Pinterest: “Well, it’s just another obsession I’ve got going! But, honestly, it’s allowed me to reconnect with friends in a different way. You know, besides Facebook. It’s also given me a lot of really good ideas for the house, what to cook, what to make. I haven’t actually done anything with the ideas yet, but I have plans. I will be doing stuff very soon! I really will!”

Favorite things to pin: “Desserts. And meals that I’m never going to cook.”

How did you discover Pinterest: “My sister had talked about it and [my husband’s] cousin’s pins had been showing up on Facebook. Then I saw more friends pinning and realized that there must be something to this.”

Favorite pin completed: “I made photo magnets for my sisters for Christmas. It took two failed attempts before I succeeded, but they actually turned out neat. My sisters really ended up liking them, so it was cool that I actually made something that they liked.”

The spouse says: “Well, I made body wash for [my husband] because he goes through so much of it and I thought we could save money. He was less than thrilled with the process of making the soap — I nearly destroyed a very expensive pot — and he laughs because he says that the consistency of the soap is like jelly that just rolls off his hands. So he’s not a big fan of the crafts. He rolls his eyes when I talk about taking on another Pinterest project … see? He’s doing it now!”

How Pinterest changed my life: “I find myself actually wanting to cook more because I have found recipes that seem easy. It also makes me think I’m crafty, at least a little bit. I like the crafts. As long as they don’t involve sewing or painting straight lines.”

Because of its popularity, Pinterest is currently an invitation-only website. You can request an invite on the site, but it may be months before you are granted access. Find a friend, however, who is currently registered with the site, and they can invite
you immediately. 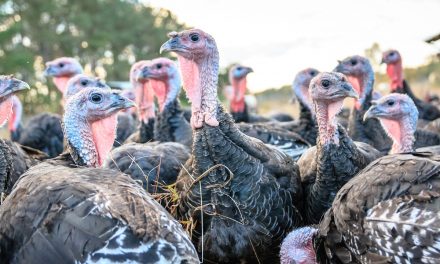