The Spoke and Wheel Downtown: Rent Your Ride

by Katelynn WatkinsOct 25, 2018Across the Cape Fear, North Brunswick, Wilmington

How does one work his way from wedding planning to bicycle rentals — and how do those two seemingly disparate businesses meet in the middle?

For Michael Braxton, who owns the local and highly sought-after wedding planning service L’evenement Epique, it was all about fun. 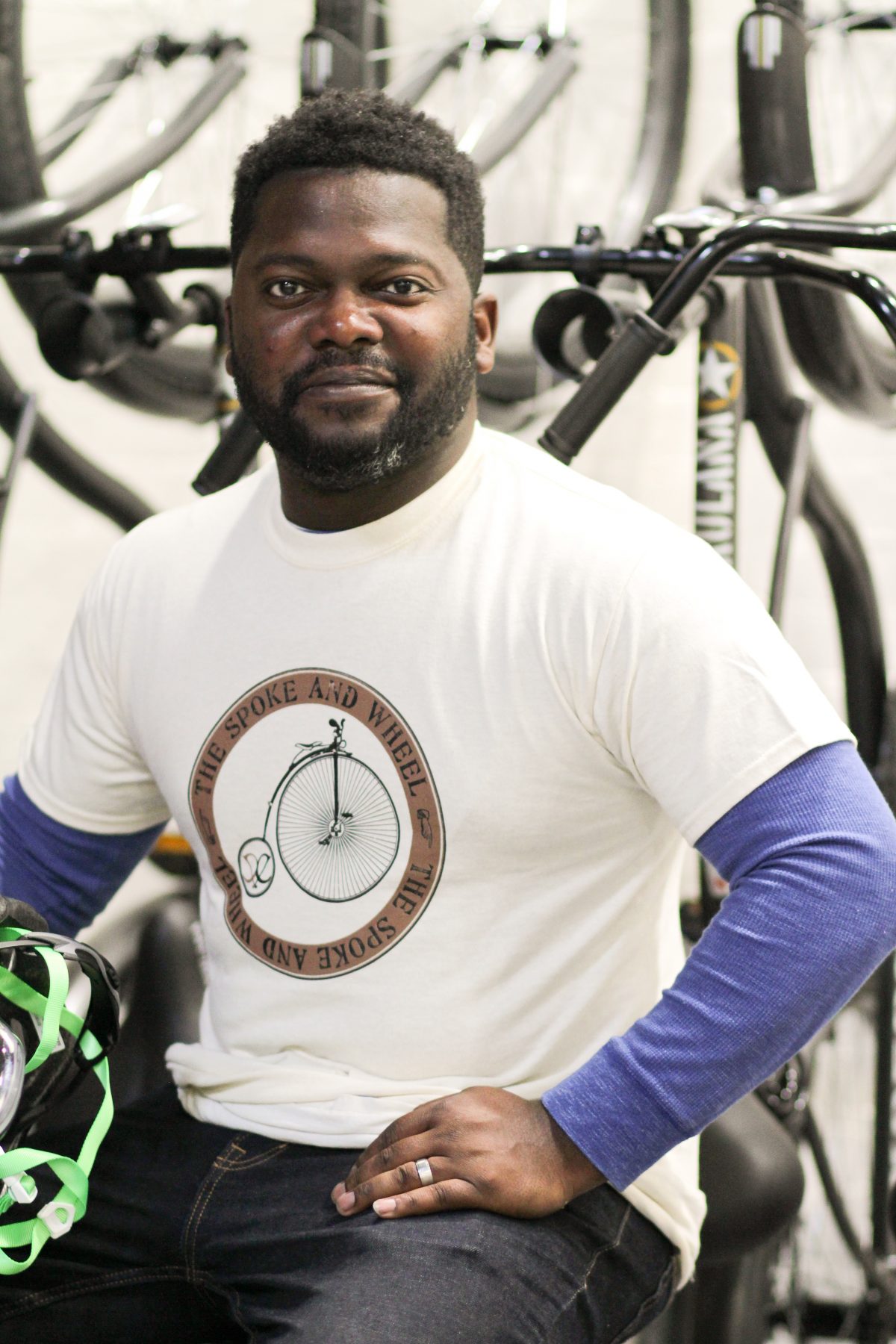 “All of my brides would mention at some point during the planning stage that they wanted something fun to do while they were here for the wedding, something that wasn’t just going to a bar or hanging out downtown or something like that,” Braxton says. “And since they aren’t from here, it makes sense that they would want to do some sightseeing while they were in town, too.”

That set the wheels in motion for downtown Wilmington’s first bike rental business. After nearly two years of planning, and obstacles of both a personal and professional nature, Braxton has opened The Spoke and Wheel, offering bike rentals for adults and children. At the beginning of 2018 he opened this bike rental shop in Chandler’s Wharf as a novel way for tourists to get to know the area and for locals to better enjoy their hometown. 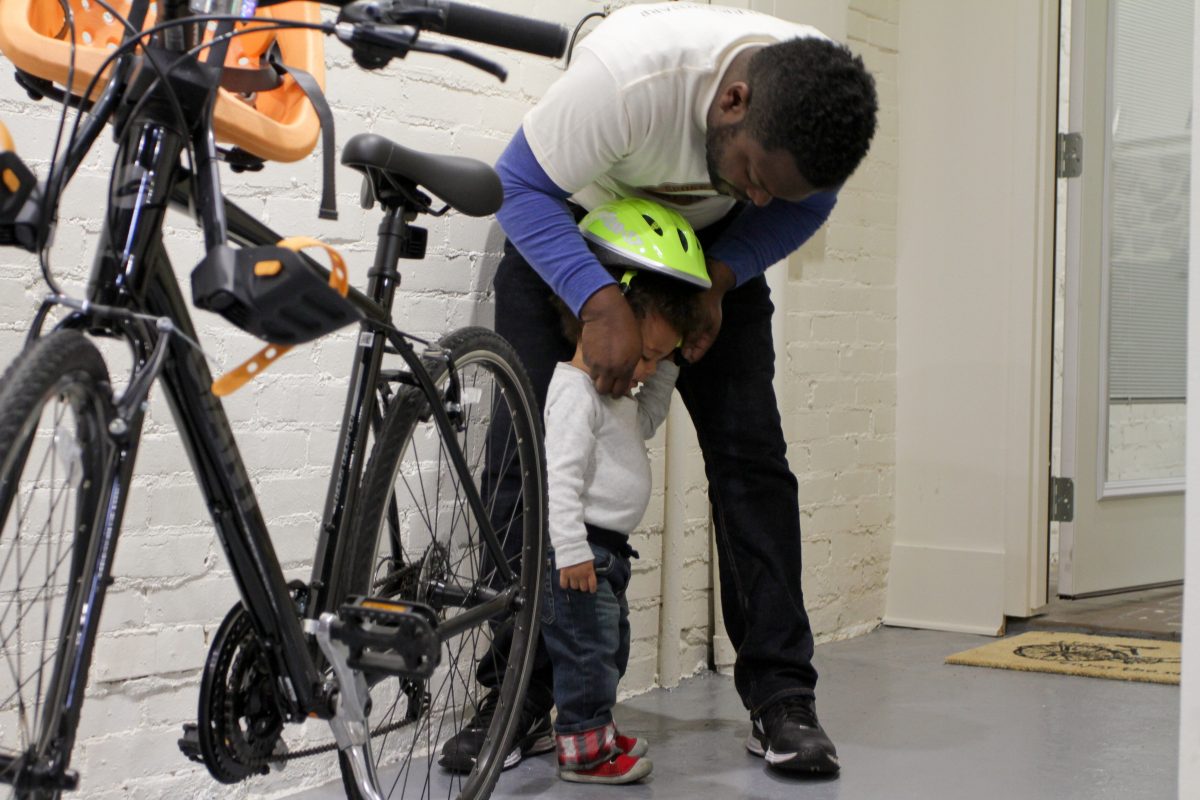 The Spoke and Wheel provides a safe and enjoyable way to test out a bike, enjoy the many unique flavors and sights of Wilmington and maybe even leave with a new set of wheels. Braxton also drew in other businesses, partnering with some downtown favorites like Tavern Law, Goat & Compass, Waterline Brewing, Co. and Louie’s Hot Dogs to offer special discounts while riders enjoy their tour.

Braxton developed his business skills with his wedding and event coordinating business, which he opened with the help of a good friend, Michaela Birdyshaw.

“When we started out, we pretty much said to each other, ‘You know we’re not exactly going to get rich,’” Braxton says. “‘But it’s something to do and at least we’ll have fun with it!’”

With so many couples choosing Wilmington and the surrounding areas for their destination weddings, the success of L’evenement Epique kept him quite busy.

And with brides continually asking for suggestions for fun activities to take part in while visiting Wilmington with family and friends, Braxton realized that he could just as easily provide the entertainment as well as help with the main event. In 2016 he began drawing up the plans for a bike rental service and shop, only to have his personal life throw him for a bit of a loop.

“We had some things stand in the way at first, some good and some not so much,” he says. “That year my wife got pregnant, lost her sister and was diagnosed with breast cancer.”

Needless to say, Braxton’s blueprints for The Spoke and Wheel were put on the back burner for the time being, but the adversity he and his family experienced did make one thing easier, he says. They were having a tough time deciding on a name for the LLC under which Braxton would operate his business. After his wife, Karen Braxton, managed to beat her diagnosis while pregnant, he says that piece of the puzzle was eventually placed with relative ease: Defying All Odds, LLC. 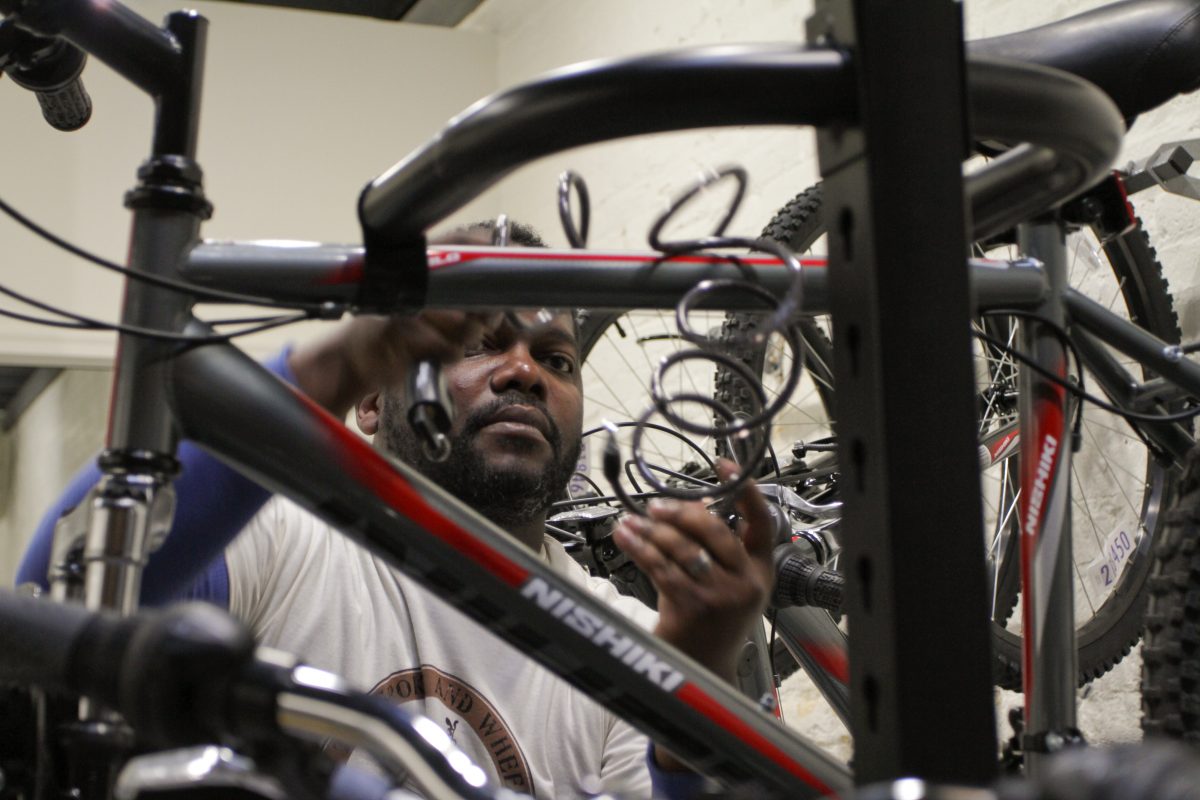 “We work hard every day, and we have no reason to stop defying the odds, so it’s a constant reminder to keep going,” Braxton says.

Braxton consciously contributes positivity to the downtown scene. For him, it’s all part of keeping young, energetic people invested in his favorite town. He invites everyone to his shop to rent a bike and explore all of the eclectic shops, eateries and points of interest that downtown Wilmington offers. If you are in need of a bike, you can test out one of his before purchasing.

So next time you’re in downtown Wilmington, hop on a bike. As Braxton says, walking is overrated.

The Spoke and Wheel specializes in bicycle rentals and offers hourly, half-day, full-day and weekly rental options. All rentals include a helmet and lock. Tandems, child bikes and baby seats are available.