Browsing the selection at Red Bank Wine, Rob Warner noticed “a couple of ladies walked in with coffee while they were looking at wine, and the light bulb went off,” as he remembers. Coincidentally, just a few days before that, a friend sharing a bottle of wine with him had mentioned that Boiling Spring Lakes needed a coffee shop. Those two experiences were all it took for Warner to jump in and make it happen.

For a year, Warner researched the idea of a combined wine and coffee bar for Boiling Spring Lakes and developed a business plan. During the process, he found very few places in the country that matched his idea. But backed by several years of experience in the restaurant and bar businesses, he persisted and fleshed out his idea until he felt ready.

“It wasn’t just a fly-by-night decision,” he said.

In February, he finally opened the business in the building that had originally housed his late mother’s real estate business. In a nod to this, The Office Coffee and Wine Bar features “Mom’s Room.”  Everything in it was hers, including the original stained glass picture that hung over the reception desk in her office.

“I can picture her friends sitting in there,” Warner says. “All of her friends love it, and I’m happy I have it.”

When it comes to beans, a critical part of any coffee shop, they feature beans from Crimson Cup out of Columbus, Ohio. 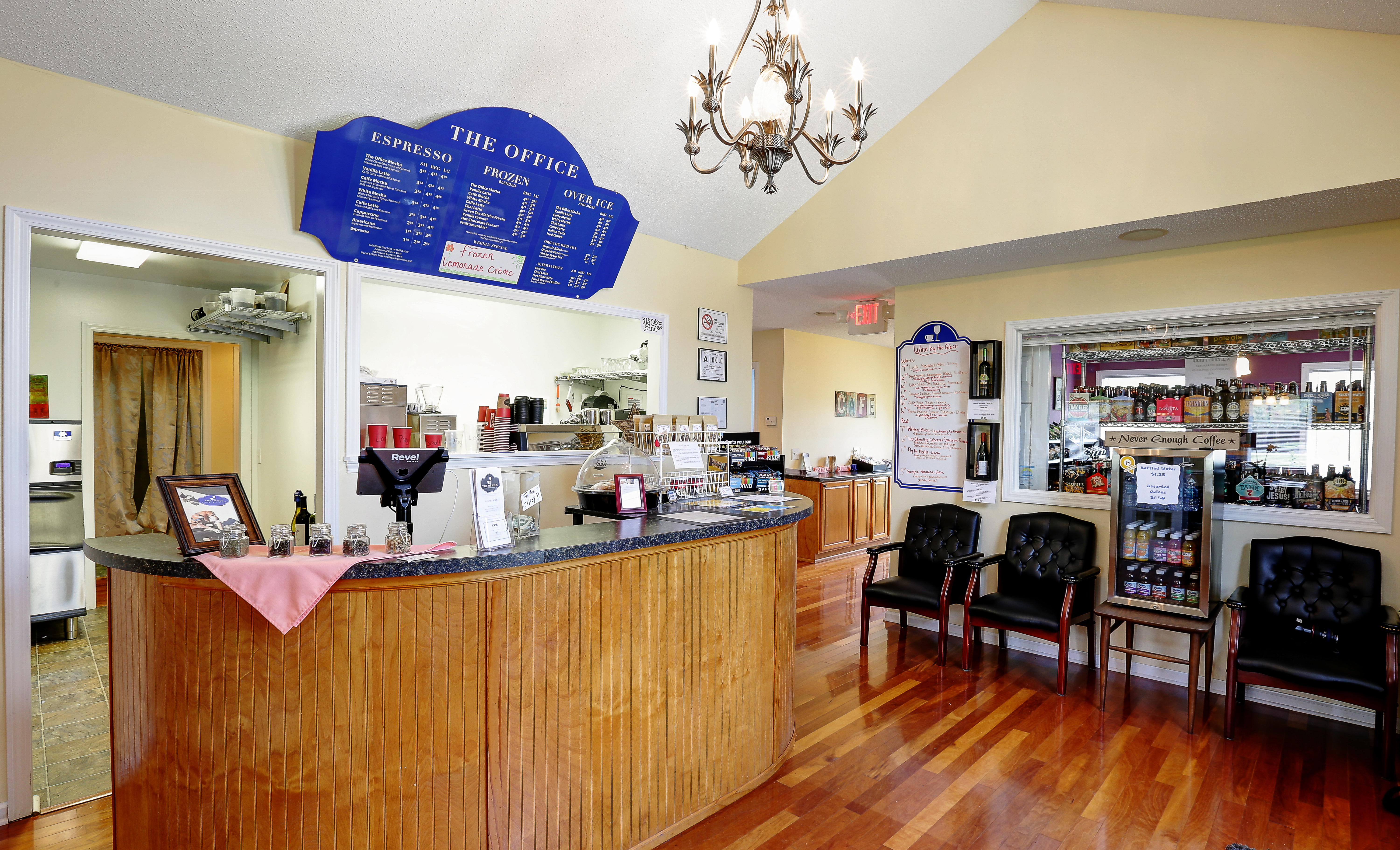 “They won Roast Magazine’s roaster of the year last year, so they’re definitely some of the best,” he shares.

The Office also sells wine and craft beer from across the country alongside breakfast and lunch wraps that are hand-rolled. They’ll soon add a couple of draft craft beers. Much of the food and beverage inventory was developed based on requests from customers.

There is a true office part of the mix, which includes a conference room that is set up to accommodate small business owners who would like to meet clients there. There’s no charge for this, they just have to reserve in advance. There’s free Wi-Fi and a wireless printer.

“We already have a bunch of small business owners who take advantage of that. They have meetings frequently throughout the week.”

But businesses wanting to reserve the conference space may have to wait for the local dominos players to vacate. There’s a group of regulars that come in and set up and play for a couple of hours.

Warner says the signature drink of the house is the Office Mocha, an expresso coffee with white chocolate and caramel drizzle. “It’s deadly and addictive,” he proudly admits.

Not your typical coffee shop, or wine bar, Warner’s place has quickly become a gathering spot for locals. 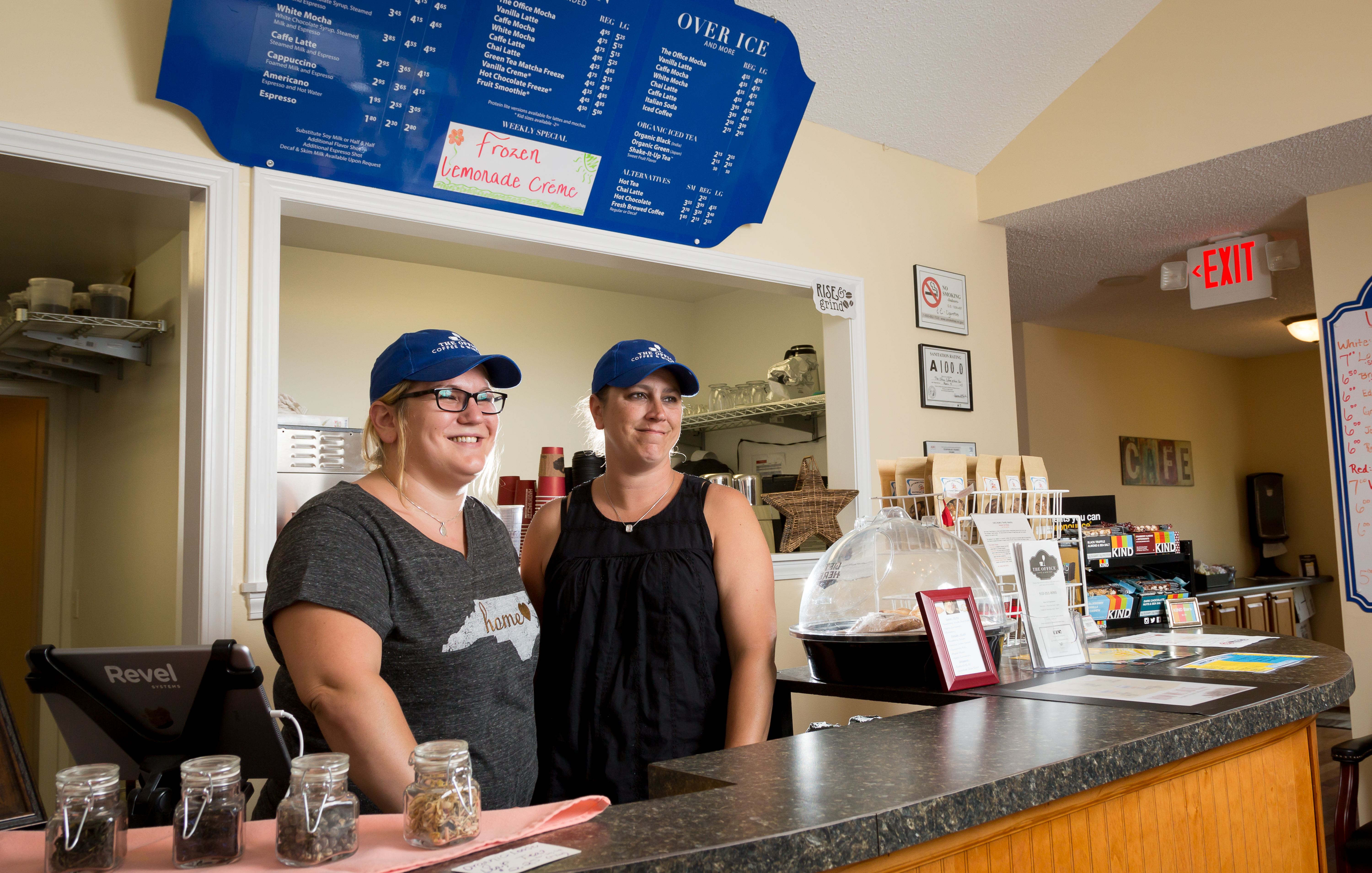 Barista Celeste Leach (L) with General Manager Asheley Young. Young allows different home sales groups, such as Pampered Chef, to set up shop in the conference room on Mondays from 6 pm to 8 pm. The full schedule is on The Office’s Facebook page. They also have started doing wine tastings once a month. Currently, they’re on the last Tuesday of the month, but Warner hopes to expand this.

On Saturday evenings, from 6 pm until 9 pm, local guitar instructor Galen plays on the deck.

“Some of his students are interested in coming out and sitting in, getting the experience to play live shows for people,” Warner says. “It’s just nice calming music played on the porch overlooking the lake at sunset.” 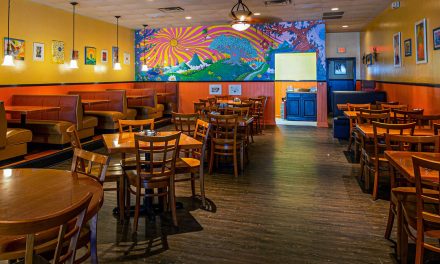 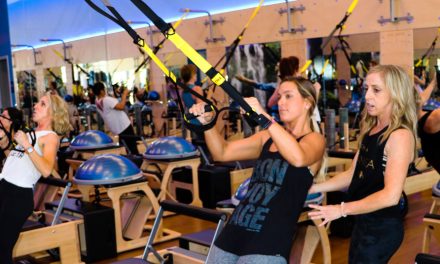 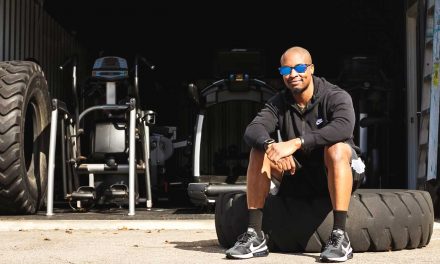 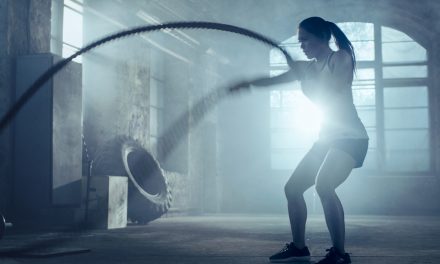