It’s been several years, but do you remember when real estate stories dominated the news? Not those negative doom-and-gloom stories from 2009, but the ones from 2006 about new communities, new commercial developments and new opportunities.

They may seem like a distant memory, but those stories are back.

Across the Cape Fear region, and especially northern Brunswick County, a second real estate boom is gaining momentum. But instead of drawing new residents into homes and developments, it’s drawing them out in search of office space or a storefront for their boutique. Fortunately for these budding entrepreneurs, work-from-home parents and businesses looking to grow, there’s no shortage of available office and commercial space in Brunswick County.

“We’ve seen quite an uptick in leases and an interest in office and commercial units lately,” says Hank Adams, a broker with Coldwell Banker SunCoast Partners. “And not just here in Brunswick County. All across the region.”

Adams represents a number of properties throughout Brunswick and New Hanover counties, including Magnolia Village and nearby Cross Creek Commons. Between those two properties, Adams has a mix of small offices, raw retail space and move-in-ready office suites, all in the growing commercial heart of Leland.

“The area between Waterford and Magnolia has grown so much these last five years and it’s poised to grow even more as the economy improves,” he says.

An area poised for even greater growth is Brunswick Forest. As the community celebrates its five-year anniversary in 2012, the long-awaited development along U.S. 17 (that was put on hold as the economy shrank) welcomed Lowes Foods and several other merchants.

Brandy Marshall, Brunswick Forest Marketing Coordinator, reports that the units surrounding Lowes Foods are completely leased and added that the developer may soon roll into production on another building along the highway.

The units at Brunswick Forest are all retail and restaurant space, more ideal for an accountant or sandwich shop than an office. For offices, Adams’ Cross Creek and Magnolia Village units represent much of what’s available.

“The sweet spot for offices seems to be between 500 and 700 square feet,” he says. “A lot of those have been rented, and the properties I’m brokering are a little larger but still ideal for a small office.”

Across the street at Cross Creek Commons, several of the units Adams has available are better suited for small, one-person businesses.

“These offices range from 150 to 300 square feet and share a conference area and break room,” he says. “The lease includes all utilities. With prices between $400 and $600 a month, we don’t anticipate they’ll be on the market long.”

The $400 to $600 range seems to be the most desirable price for offices this size. A search on craigslist.org’s “office/commercial” listings for “Leland” brings up a handful of listings for office space, including an office located near the police station and a listing for a 1,200-square-foot retail and commercial space in the Leland Plaza Shopping Center.

“I don’t just have one 1,200-square-foot retail space [in the Leland Plaza Shopping Center], I have two,” says Willard Buffkin.

Both units supported restaurants in the past — Subway and Domino’s Pizza — but were vacated after the franchises’ respective territories began to overlap with other stores. Currently, the Leland Plaza Shopping Center is the home to Food Lion, Dollar General, Andy’s Cheesesteaks, Jade Garden, TRO Tobacco, Gentle Nail and Encore Dance Center.

“[Domino’s and Subway] did well there,” Buffkin says. “I think another restaurant — maybe an Italian place — would kill it there. If you didn’t want a restaurant there, how about a salon. There’s no upscale salon in Leland, and we certainly have the client base here for a business like that. ”

It’s an odd concept for Leland, he admits, but one he jokes will “really shake things up at home when husbands across the county are volunteering to do laundry at Lucky Spin so they can wash, grab a drink and watch the race.”

The mid-May 2012 opening of Lucky Spin Laundromat and the increasing buzz for commercial real estate are signs of an improving economy. Brunswick County, like the pre-real estate bubble Brunswick County, is a positive environment for building a stronger real-estate base. Ken Wygle, leasing executive with Weingarten Realty, says, “The growth potential is still very strong in Brunswick [County] and the future looks promising.”

With the commercial real estate market growing, Wygle says, “The future continues to look promising, and as the housing market firms and the credit markets loosen, we’ll see faster, but stronger, growth in the economy.”

Wygle represents Waterford Village, the commercial development at the entrance to Waterford, which is anchored by Harris Teeter. Currently, four retail spaces, ranging in size from 1,420 square feet to 4,280 square feet, as well as parcels totaling more than 12.5 acres are also available.

He attributes the increase in activity to the growth of the area combined with the onset of the economic downturn. The two forces combined to result in a large population that is underserved by the businesses they want and need. In addition, he says rental rates are at “2003 levels.”

With a growing number of professionals working from home and a number of retirees working part time in consultancies or second careers, the desire for office space has been high. Harley has had his share of requests for information on offices.

“Right now we have two big spaces — 2,568 square feet, formerly Wells Fargo Mortgage, and 1,507 square feet — ready to go as offices,” he says. “We also have a large unfinished office space with an upfit allowance.”

Waterford Station, located at the entrance to Waterford of the Carolinas, has more than 15,000 square feet of office and flex space, including furnished and unfurnished offices, much of which is available for sale and lease. Many of the spaces are perfect for one-two person offices and fit in the size and pricepoint sweetspot similar to that of Cross Creek Commons.

The spaces at Waterford Station are ideal for retail, as more than 30,000 cars pass by it every day. Convenient to downtown Wilmington (only five minutes away), the right businesses could draw customers across the bridge and into Leland, further growing the demand for businesses in the community.

There is office space (and retail space and industrial space) available in Leland, so, take heart entrepreneurs — your space is out there waiting. 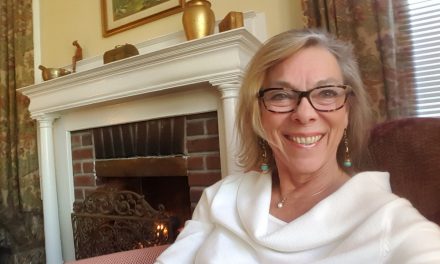 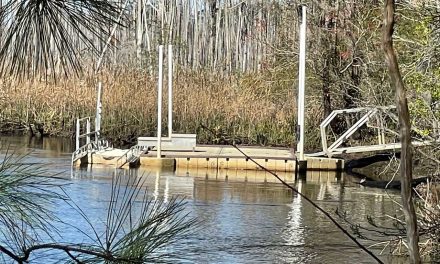 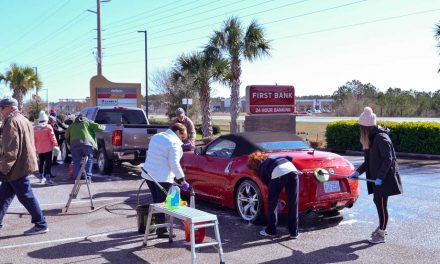