Reid Stowe, now of Ocean Isle Beach, holds the record for the longest non-stop sea voyage without resupply – 1,152 days – a voyage he says was fueled by family and love.

“Growing up I lived all over the place, but there was only one place that felt like home, only one place I could give that name to, and that was right here at Ocean Isle,” says Reid Stowe, sitting cross-legged on the deck of his 70-foot, gaff-rigged schooner, Anne, the only other place he calls home.

I’m across from him, sitting on a coil of line, scrambling to keep up with his story and write it in my notebook. We’re at a marina in Wilmington, tied to a dock, but we can feel the will of the water as it moves the boat.

Listening to him tell his story, I can sense something’s different with him. He’s at peace with himself and the world. He’s plugged in to something beyond my comprehension. He doesn’t see time the way you or I do. 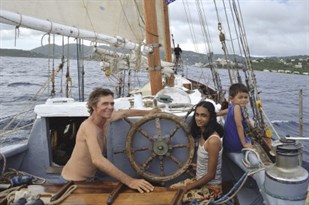 As his story spills out, in gusts at first, then as a steady breeze, then a wind that builds its own momentum, I’m amazed. Stowe’s home is nowhere and anywhere and everywhere, but he’s returned home to Ocean Isle to be with his father. He and his wife, Soanya, spent a year at sea alone, then she left to deliver their son and Stowe spent another two years sailing in utter isolation. In total, he spent 1,152 days on board the Anne, the longest non-stop sea voyage without resupply. Of that three-year, two-month journey, for 846 days he had no companion other than himself and the force that drove him to achieve this feat — family love.

That’s where his story really begins, with love, with family, with home.

After Hurricane Hazel ravaged the coast of North Carolina in 1954, building a home at the beach was the last thing on most people’s minds. Not so for Stowe’s grandfather, William Doar. William bought land on the inland side of Ocean Isle Beach, far enough away to be guarded, a little, from the brunt of future hurricanes, but close enough to taste salt in the air. Stowe’s father, grandfather and uncles built a home there, a center around which the children and their families could orbit, an anchor to a place.

Stowe’s father, Harry, served in the Air Force, so he had to move his family around a lot. This made the pull of Ocean Isle Beach even more powerful for Stowe.

“Growing up everywhere and nowhere, you look for a place to identify with,” he says. “For me, it was my grandparents’ home in Brunswick County. My dad, granddad and uncles taught me the basics of sailing there and ignited a passion in me that I’ve had ever since.”

The passion for sailing led to an interest in building and repairing boats and surfboards. In turn, that led to a love of the arts, particularly sculpture. Stowe enrolled in the University of Arizona and spent his summers in Hawaii, surfing. That’s where he met Craige Fostvedt, another sailor, but one with a boat and a plan to sail through the South Pacific to New Zealand. Stowe was hooked on the idea of going along. But to go he needed a passport, and to get a passport he needed his birth certificate and to get his birth certificate he needed his parents’ approval of the trip.

“My parents could have sent me back to school, but they didn’t,” Stowe says. “They saw I had a passion to [sail the South Pacific] and believed it would be a life-changing and life-affirming experience. They were right on both parts. I left school one person, sailed, and returned a new man.”

Upon his return, school held no fascination for Stowe. Instead of the desert, he turned to the sea, asking his grandfather if he could stay in Ocean Isle and build a boat.

“I was nervous to ask my grandfather for his help at first,” he says. “This was at a time when you didn’t drop out of college and I was clearly breaking the mold. When he told me he supported my decision and would be glad to have me at his home, I knew it was the right decision, but when he told me he’d help me build my boat, I knew that love was at the root of it all — the root of my desire to sail and the root of his wanting to help and support.” 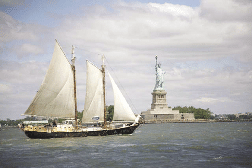 For eight months, with the help of his grandfather, Stowe built a 27-foot catamaran, the Tantra, designed especially for open-water sailing. In 1973 the Tantra was completed and Stowe set out for Holland with a sailor he’d met on his South Pacific voyage.

From Holland he sailed south to Africa, re-crossed the Atlantic to explore Brazil and the Amazon, then returned to the one place he called home, Ocean Isle Beach. When he returned it was 1976.

Sailing was Stowe’s life, and he turned his energies into building a vessel suitable for extended voyages, open ocean conditions and single-handed sailing. The boat he had in mind was one that from the 1880s well into the 1900s was a frequent sight along the Atlantic coast — the gaff-rigged schooner.

For 18 months Stowe and his family worked to build the schooner, shaping steel and ferralite, finishing the interior with hardwood supplied from debris thrown out from Hurricane David’s strike on the Caribbean, installing solar panels and tiny wind turbines to generate onboard electricity. The main ingredient, Stowe says, was love. He called it the Tantra Schooner at launch and immediately took to the sea with his wife at that time and infant daughter.

For several years, Stowe sailed the Tantra Schooner throughout the Caribbean and even to Antarctica. It was on these trips that his first marriage dissolved and the idea of longer ocean voyages began to form. By then it was 1990. It would take a decade before he took the first real steps to his dream: a 1,000-day voyage with no resupply.

His dream has roots in space travel. What more were the Apollo astronauts than sailors in an unknown sea? How different would a voyage to Mars be than the trips the first intrepid explorers and colonists took from Europe in search of the New World?

“There’s a parallel between long sea travel and space travel,” Stowe says. “I wanted to explore that parallel, to look at the stresses such a trip would put on my physical, mental and spiritual self, and how it would test supplies, maintenance and the ability for me and my boat to endure such a trip.”

In 1999, sailing out of New York, Stowe and his new wife took the first steps to test the possibility of an impossibly long sea voyage. They set out on a 200-day trip to the south Atlantic Ocean to draw, via GPS tracking, a giant sea turtle at sea with his schooner, now named Anne in honor of his mother, his family and the love that helped him build the boat.

It worked, and they returned to New York. There they plotted a second voyage. They set sail in 2001, ran into severe weather off Bermuda, and the Anne was knocked over. Stowe’s wife was injured and they returned home. It was the last significant voyage she took with him.

A new woman, Soanya Ahmad, entered Stowe’s life and soon found herself engrossed in the idea of his 1,000-day journey. Over the next three years, they began seeing more of each other, and her fascination grew. She decided, having never sailed on the open sea, to join him on his quest. She moved onboard the Anne. A year later, they’d secured the supplies and funds to make their trip — Stowe’s dream — a reality. They set sail on April 21, 2007.

For close to a year, they sailed together, but then as they passed by Cape Horn at the tip of South America, Soanya began to feel sick. Stowe wrote it off to motion sickness and psychosomatic symptoms brought on by their isolation. He was wrong; it was morning sickness.

“We’d discussed the possibility of her having to leave the trip due to illness or injury, and we decided I’d continue solo and try to reach the thousand-day mark. This threw us for a loop, but it didn’t derail the plan,” says Stowe.

They radioed another endurance sailor, the then world-record holder for solo sailing, out of Australia and requested that he pick up Soanya. He agreed, and Stowe set out alone in the Anne to attempt to take the record and meet his own goal. 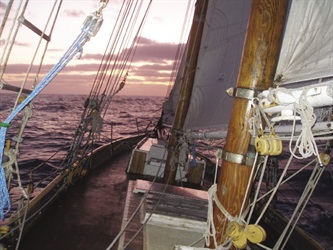 He did. He sailed and sailed. He woke up in the middle of the night and emerged onto the deck to find himself surrounded by stars, the ones above and the ones reflected below, time and time again. He saw sunset and sunrise and sunset again and took time with his own self. He wrote, painted, carved. He practiced yoga and counted waves (somewhere in the neighborhood of 31,000 in a day, he says). He prayed. He meditated. He explored the world while exploring his own inner landscape. He forgot about time. He went for days without speaking. He collected rainwater, grew sprouts, saw things he’ll never tell a soul about. He did it.

From 2010 to now Stowe and his family have lived onboard the Anne. They’ve explored from New York, where she was docked, to Guyana and back. In September 2012, while in Guyana, Stowe received a call that his mother had suffered complications during surgery and he needed to return home. He did, but she passed before he arrived.

“I saw my dad cry then, it was the first time I’d ever seen that,” he says. “Something in that moment made me want to return home, to show him the love he’d showed me and to live in a house imbued with love. So I decided to return home.”

In December 2012 Stowe and his family arrived in Wilmington, docked the Anne, and set out to start a new season in their lives. The three of them are living now in Ocean Isle Beach with his father in a house built from love.

On land now, Reid Stowe is creating paintings and carvings inspired by his many sea voyages. 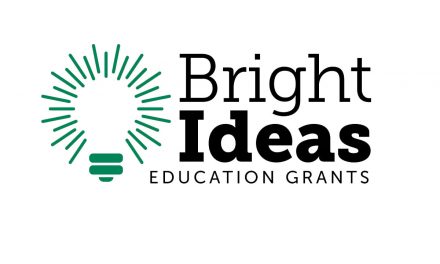 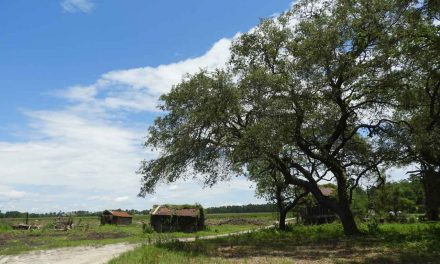 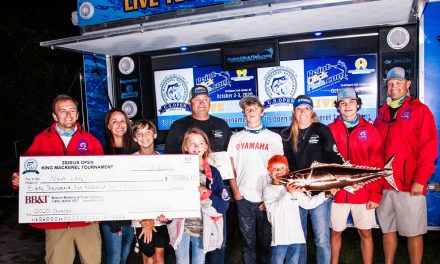