The Intersection of Faith and Fund-Raising

On the afternoon preceding his first official board of directors meeting as Brunswick Community College Foundation’s executive director, Terry Mohr talked about his passions for his family, his faith and his philanthropy. And he talked about how they were all coming together for him.

That evening at the board meeting, he welled with emotion as he told the assembled board about his goal of taking the BCC Foundation to a new level, of melding the strength of the county with his experience to make the foundation the best money-raising machine in the state’s community college system. He told them how he wants all of the county’s children to have the capability to attend college. 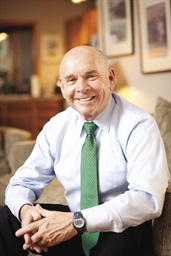 Mohr knows first hand the value of education. Raised by a single mother who worked two jobs, he was the first in his family to go to college, the second from a very large extended family to even finish high school.

“I went to Ball State in Muncie, Indiana, and I was able to do that because my dad had died when I was 11 and I went to school on his social security benefits,” Mohr says.

His twin daughters, Mollie and Hannah, have completed college, while son, Cooper, is enjoying his experience at UNC Chapel Hill, perhaps a little too much, Mohr says with a laugh.

Mohr’s children and his wife, Jane, have been the topic of many news stories and television programs. Mohr and Jane met at an Italian restaurant where he was working a second job and she was a customer. They lived an active lifestyle. Unfortunately, their dream of having a family seemed impossible as she had three ectopic pregnancies.

“There were days when we were at parties with our friends who had kids, and we were in tears,” says Mohr.

Enter the then-relatively new technology of in vitro fertilization. The Mohrs were on the waiting list at UCLA for several years before becoming the first couple in the country to have three test-tube babies.

“They harvested nine eggs and implanted four the first time,” says Mohr. “Our son was born. Eighteen months later, they implanted the other five and our daughters were born as fraternal twins. I got to see all my kids at eight cells under the microscope. Human embryos are an amazing thing.”

The technique was so new that doctors from China were present to witness the implantation. The couple was interviewed on the CBS morning show and on CNN.

“All of my kids did science papers on being in vitro,” says Mohr.

Jane worked for 30 years as a flight attendant, but she also had a stand-up comedy bit.

“A big part of her routine was in vitro and her bald-headed husband,” says Mohr. “She talked about it as winning the lottery.”

Mohr’s career has taken him from United Airlines, where he traveled all over the world, to social work to philanthropy. While at United in the 1960s, he came to believe there had to be more, that he wanted to do more with his life than see “how many people I could put on an airplane.” He returned to school, earning a master’s degree in social work.

Through the 1970s Mohr was a community organizer and an instructor of social work at Montana State University.

“I would take undergraduate social work students to rural communities and try to get them to define the needs of the community and then engage the undergrads with the community leaders to find a solution,” says Mohr.

That led to the establishment of a senior center and a center and support group for victims of domestic violence, which he said was rampant in the cowboy-mentality of the day. They even started a newspaper in one community. 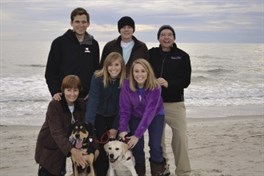 “The concept was to connect all these eastern Montana isolated communities through a cultural newspaper,” says Mohr. “I remember one column was called ‘It’s a Long Way to the Ballet.’”

Mohr left Montana for a licensed clinical position in Los Angeles, where he worked with populations who had developmental diagnoses. California was deinstitutionalizing and building community group homes in which to place clients. He worked with patients and parents before being offered a position overseeing the social work staff and the emergency department (ED) at a large inner-city hospital in LA.

“I kept seeing these same kids come through the ED, either abused or neglected, and 30 days later I’d see the same kid coming in without any intervention,” says Mohr. “I wrote a grant and received funding to develop a children’s center intervention program for the kids.”

The hospital’s leadership quickly moved him to the foundation where he could seek more grants, and a fund-raising career was born. In the five years before coming to Brunswick County, Mohr fine-tuned his skills as CEO of the foundation at Bensecours, a Catholic-based hospital system with multiple locations.

A fan of the book The Spirituality of Fundraising by Henri Nouwen, Mohr calls fund-raising the opposite of begging.

“It’s declaring that it is for the glory of God, and you invite people to participate in this activity to improve human kind,” says Mohr. “I really do feel like it’s a calling. Deep down, what I was finding out in Montana and in LA is that all the organization in the world isn’t going to fix a problem or situation unless you have money. It was my a-ha moment.”

Mohr says he had to figure out a way to find resources, and he found it through his faith.

“Over the years, I’ve become more spiritual about it,” he says. “This intersection of the need for money and philanthropy and faith has been a really good inner motivation for me in recent years.” 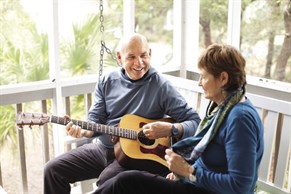 Motivation doesn’t appear to be Mohr’s weak suit. He completed his 38th marathon in 2012 and regularly practices yoga. He’s learning how to play left-handed guitar and plans to learn Spanish. He loves music and riding his bicycle on the beach strand. Over the past two years he has completed a course at Duke University in integrative health, a discipline that combines prayer, meditation and mindfulness with nutrition, mind-body connection, spirituality, environment, relationships and communication, movement/exercise and rest and personal and professional development in a model that also considers conventional and complementary care.

“That model has helped me with talking with philanthropists because it’s based on your vision,” says Mohr. “What do you really want to accomplish with your wealth or your health. It’s not about transferring money, it’s about transferring values.”

High on the list of values for Mohr is making education available to everyone, and that is his focus at BCC.

“Philanthropy to me is more than fancy word for fundraising,” he says. “It’s about the community having a sense of ownership and investment.” 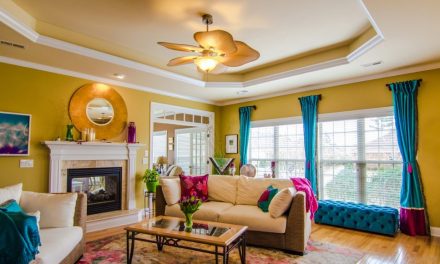 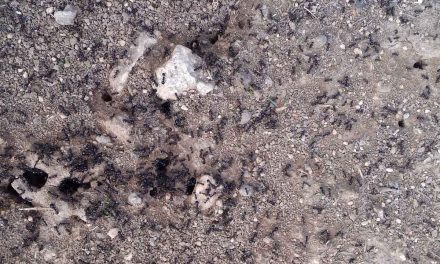 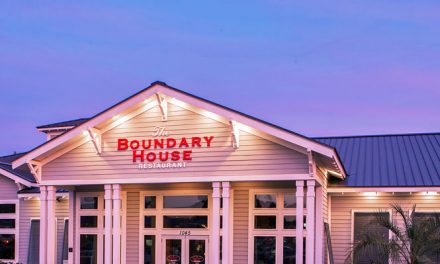 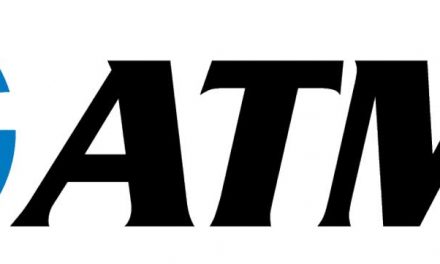