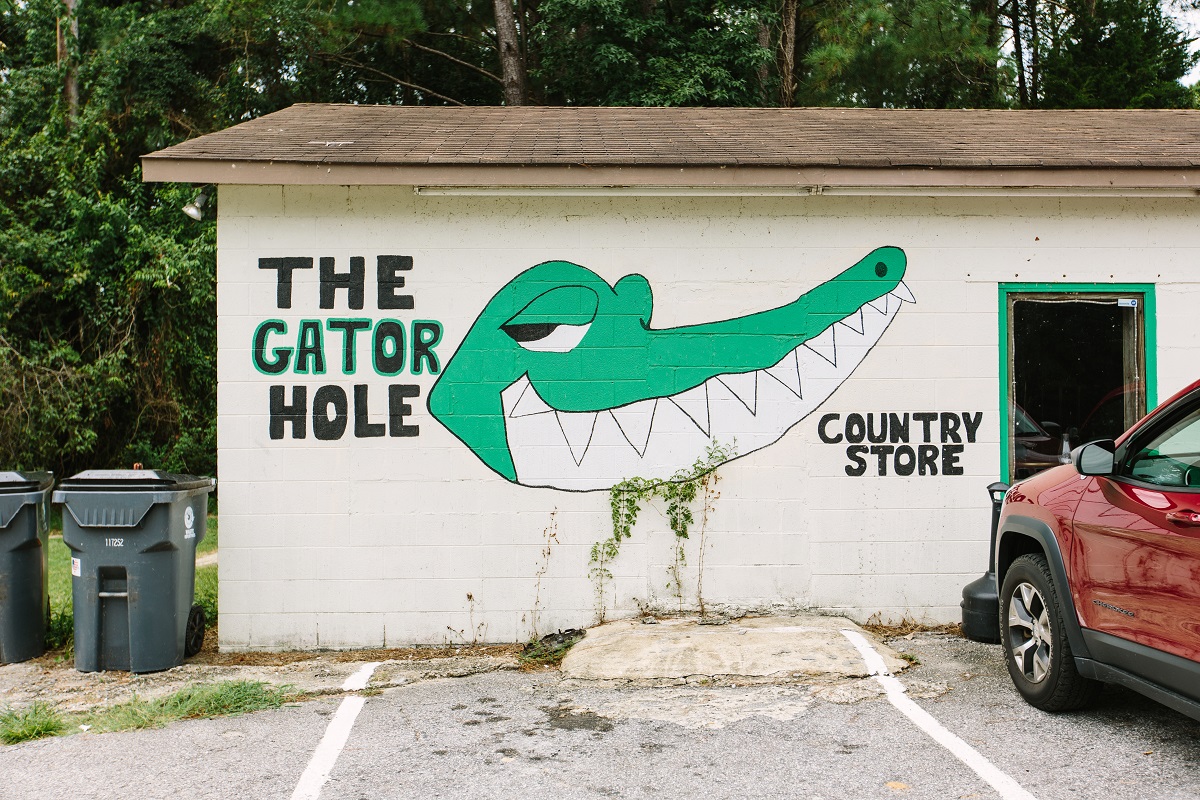 Where can you go to get a snack, a cup of coffee, bait, and tackle, and your outdoor fix in one stop? Naturally, that would be The Gator Hole Country Store in Winnabow.

For Dan Webb, the Gator Hole’s owner, as well as droves of locals, it’s not what they sell that makes this Highway 133 stop-off unique; it’s the experience. 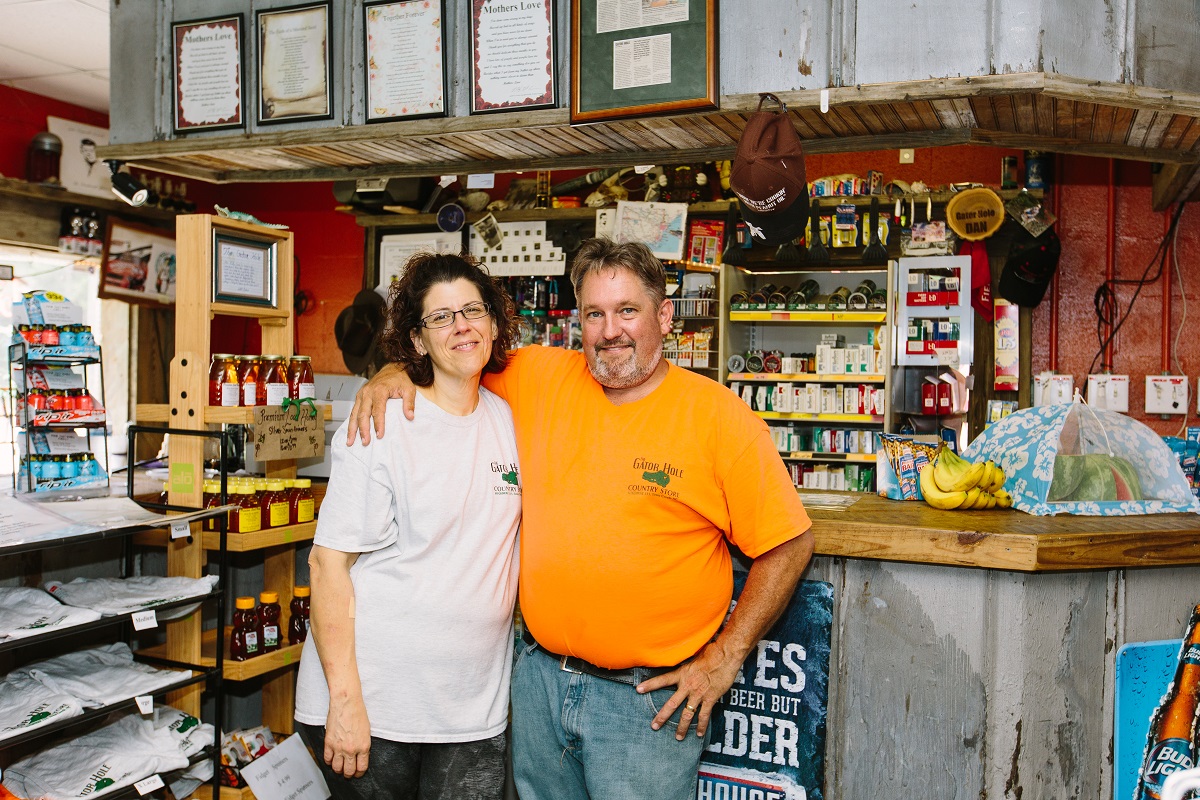 “I have a couple mottos,” said Dan. “One is ‘never say no.’ Another is we ‘wow every guest every time’.”

Dan, who has run the Gator Hole along with wife Tammi and his sister Daphne since 2014, is focused on his people. A “community hot spot” is his best description of the convenience store turned celebrated watering hole. To Gator Hole regulars, it’s a real neighborhood gem.

“The Gator Hole isn’t just a store; it’s a place people come to hang out. Just because of its physical location and the community that surrounds it, it’s a really huge gator hole,” said Daphne Webb.

Situated on the banks of Town Creek, The Gator Hole offers a place to fish or drop in a canoe, kayak or jon boat. The Webbs welcome all sportsmen and sportswomen to share in this natural amenity at no charge.

A lifetime fisherman, Dan Webb grew up in south Florida near the inspirational Everglades. Now he hopes to advance his passion for The Great Outdoors by sharing it with friends and patrons. 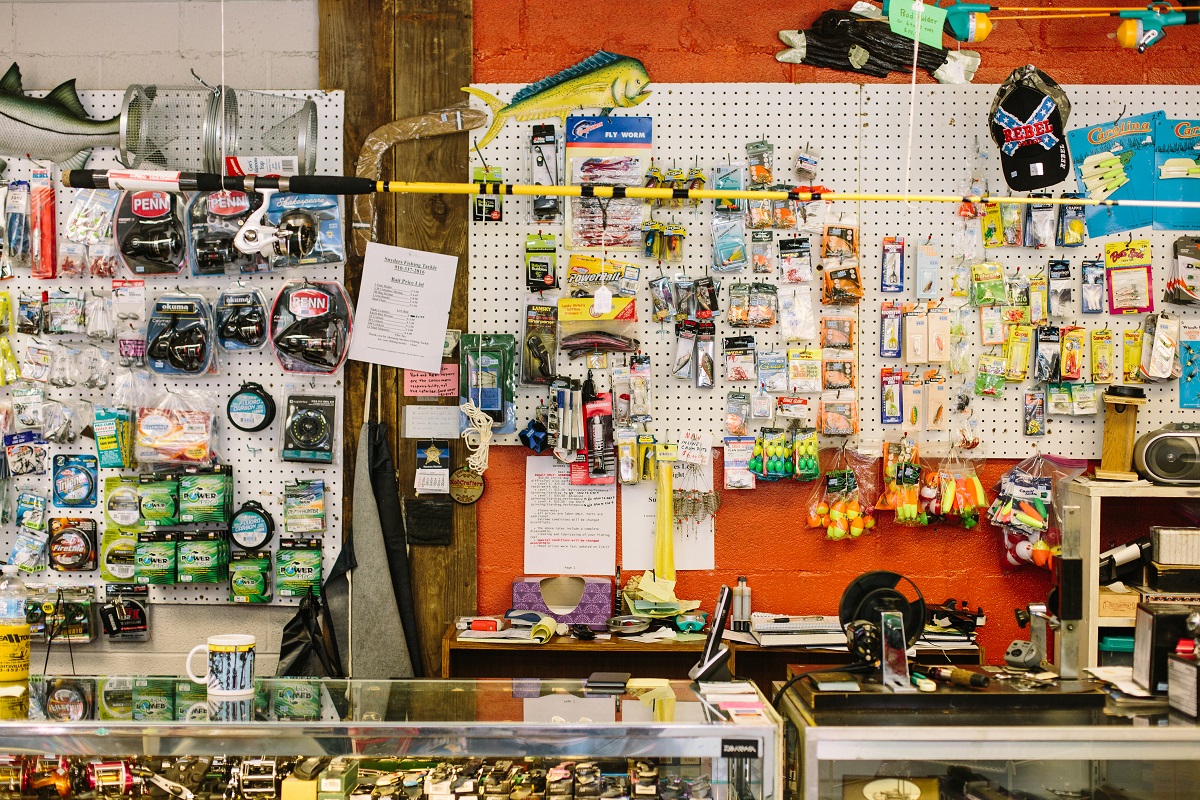 “Dan’s really trying to fuse the whole fishermen with the meeting-place community, and the community needs it—that’s why they respond to it,” Daphne said.

Dan explained his vision for his business, which is cast by expanding the family-oriented, outdoor-enthused culture of the venture.

“The vision is to keep growing and you always have to stay one step ahead,” said Dan, who now rents the property the store sits on. “I would love to not just buy the [property] but donate that piece of property to the wildlife guys.”

Dan stressed his love of preserving what is largely a pristine ecosystem and its history.

“It would be foolish of us not to go in that direction,” he added.

Harnessing the help of master reel repair mechanic and fishing guru Jim Snyder, who operates Snyder Fishing Tackle as a mainstay vendor in The Gator Hole, Dan is making some key gains in the store’s vision. In April, The Hole hosted a fishing tournament in which competitors caught big catfish and other “River Monsters” type of fish game. Also hosting celebratory gatherings on Memorial and Independence Day, it has sewn good seeds for blending the local, outdoor culture. Area bands such as Mad Dog and Volume with Bruce Rendall have played The Gator Hole, also helping the cultural feel. 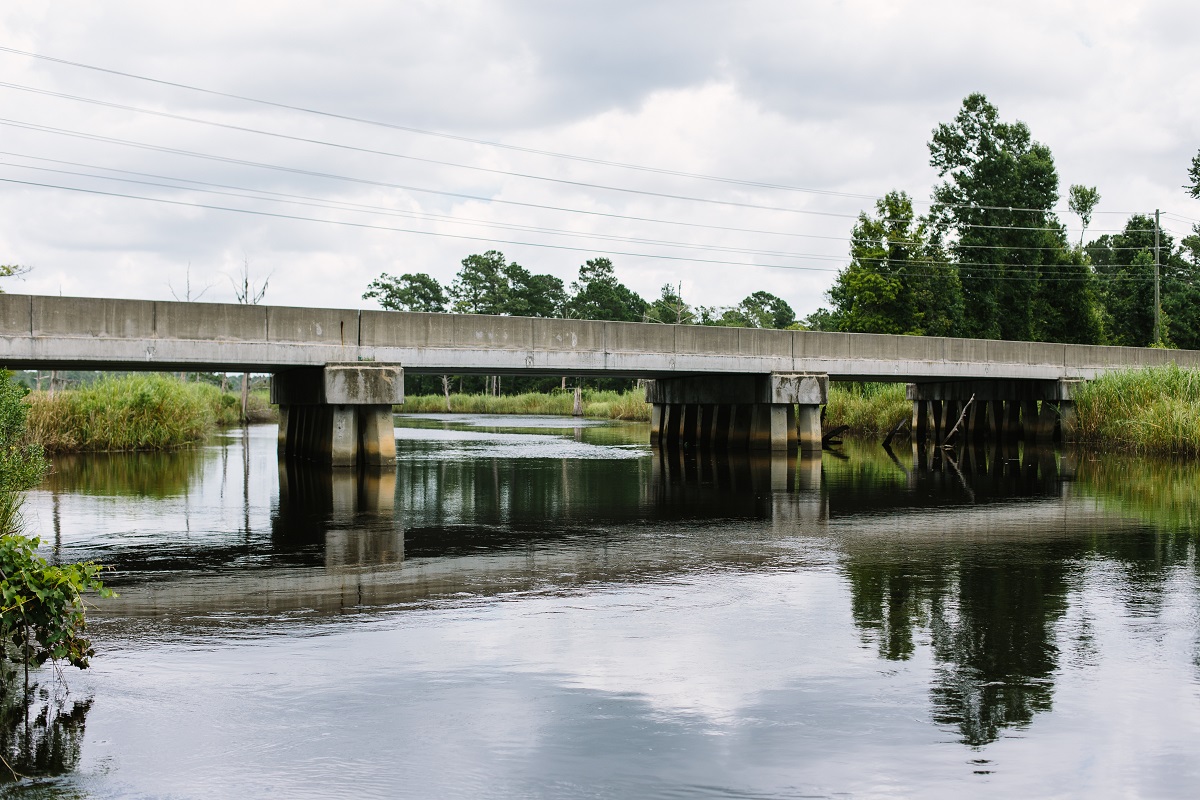 Bent on promoting a family atmosphere, the Webbs also have plans in the grand vision for introducing a “dinner cruise,” which Dan describes as a “nice meal and a pontoon boat ride” that will woo patrons with the natural wonders of the creek. Webb said that not only is “wowing every guest every time” in a family atmosphere essential but so is educating people on the wildlife and local ecosystem.

Dan is fully committed to promoting the nature scene around The Gator Hole, perhaps his ideal day’s work.

“I think if Dan could, he’d say, ‘You run the store. I’m going outside.’ That’s why we’re so anxious to get a pontoon boat and just let Dan go play in the water,” Daphne said.

From a day-to-day perspective, The Gator Hole lives up to its grandeur as a “community hot spot.” The Webbs took turns sharing examples of their strong bonds with customers. Pointing to a regular who had just pulled in, Dan explained, “He knows he’s going to get what he needs.”

Daphne recognized another local who had stepped into The Hole on his way to marry his bride so he could get Jim Snyder to tie his tie. “This is Gator Hole life,” Daphne quipped.

Tammi Webb, who heads up the store’s baked goods section, told of a gentleman who regularly stops in asking “where’s my oatmeal raisin?” Yet another facet of Gator Hole hospitality, Tammi’s baked goods have been a true commodity.

“We started out with just banana loaf and pumpkin loaf and it took off from there,” Tammi said. “I take cake orders, I make cheesecakes, I do any special order I can bake—anything. I’ve done baby showers. I’ve done a wedding. And pretty much, you know, everybody loves it.“ 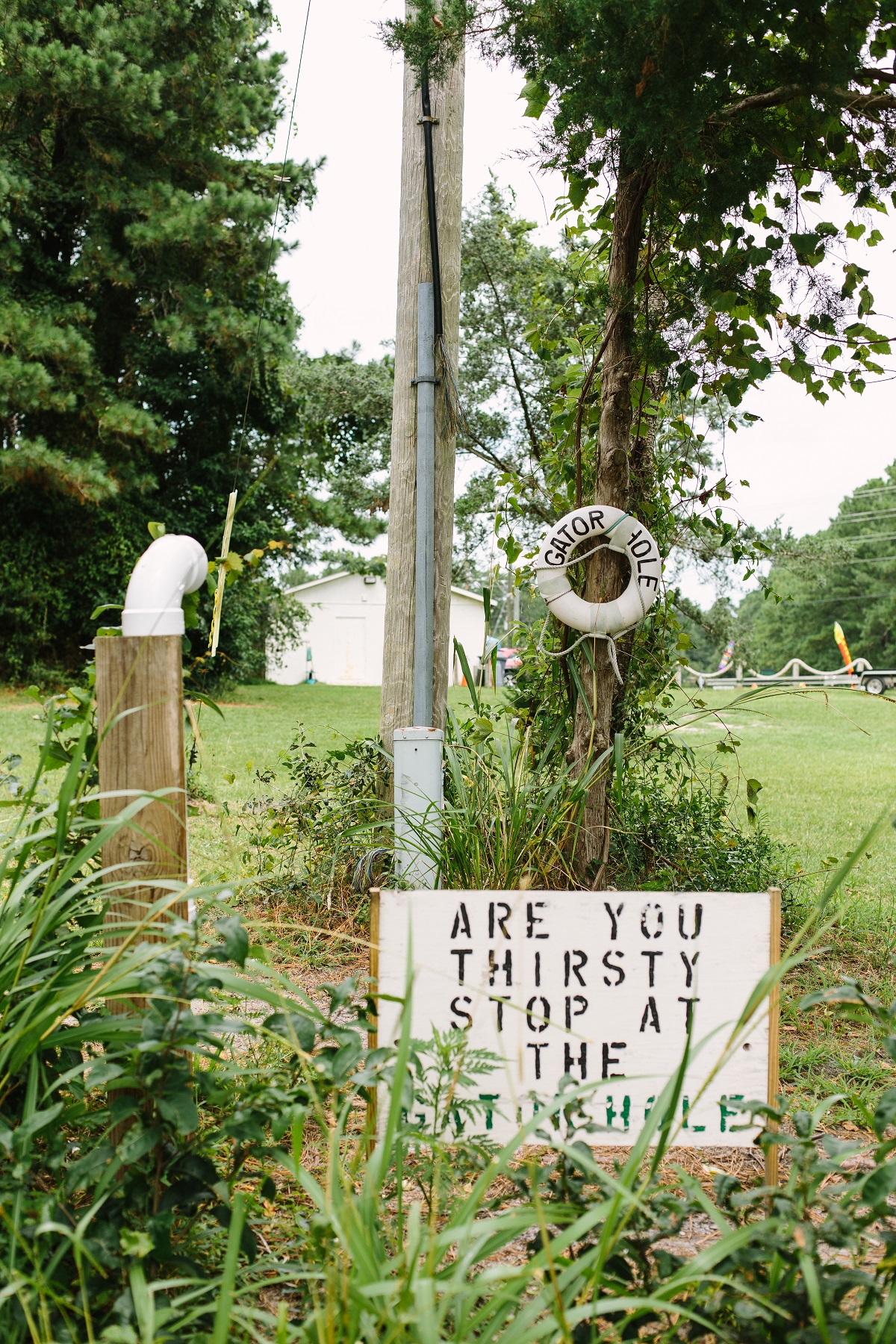 In the spirit of the variety of the store, the baked goods one might indulge in comprise a hardy list: pecan squares, cake, blueberry muffins, strawberry lemon muffins, blueberry cream cheese loaf, blueberry lemon loaf, lemon loaf, apple pecan cinnamon loaf, crumb cake, brownies, cookies of many kinds, birthday cakes, and banana nut bread (And that’s not including the seasonal stuff!). “Pretty much everything,” Tammi added.

Other great food finds at the store include Buffalo Bob’s Big Game Meat Snacks, which offers jerky and sticks with everything from alligator to kangaroo. In still another section of the store, The Gator Hole sells all types of animal feed. A “proud dealer” of Showtime dog chow, there’s also feed for chickens, goats, and horses.

As the business has grown from a basic “pit stop” to what is now a busy hub of variety, Dan said he is orchestrating a potential Labor Day barbeque cook-off as well as his vision for a “Venus Fly Trap Day.” This to pay homage to the species of flora native to North Carolina. 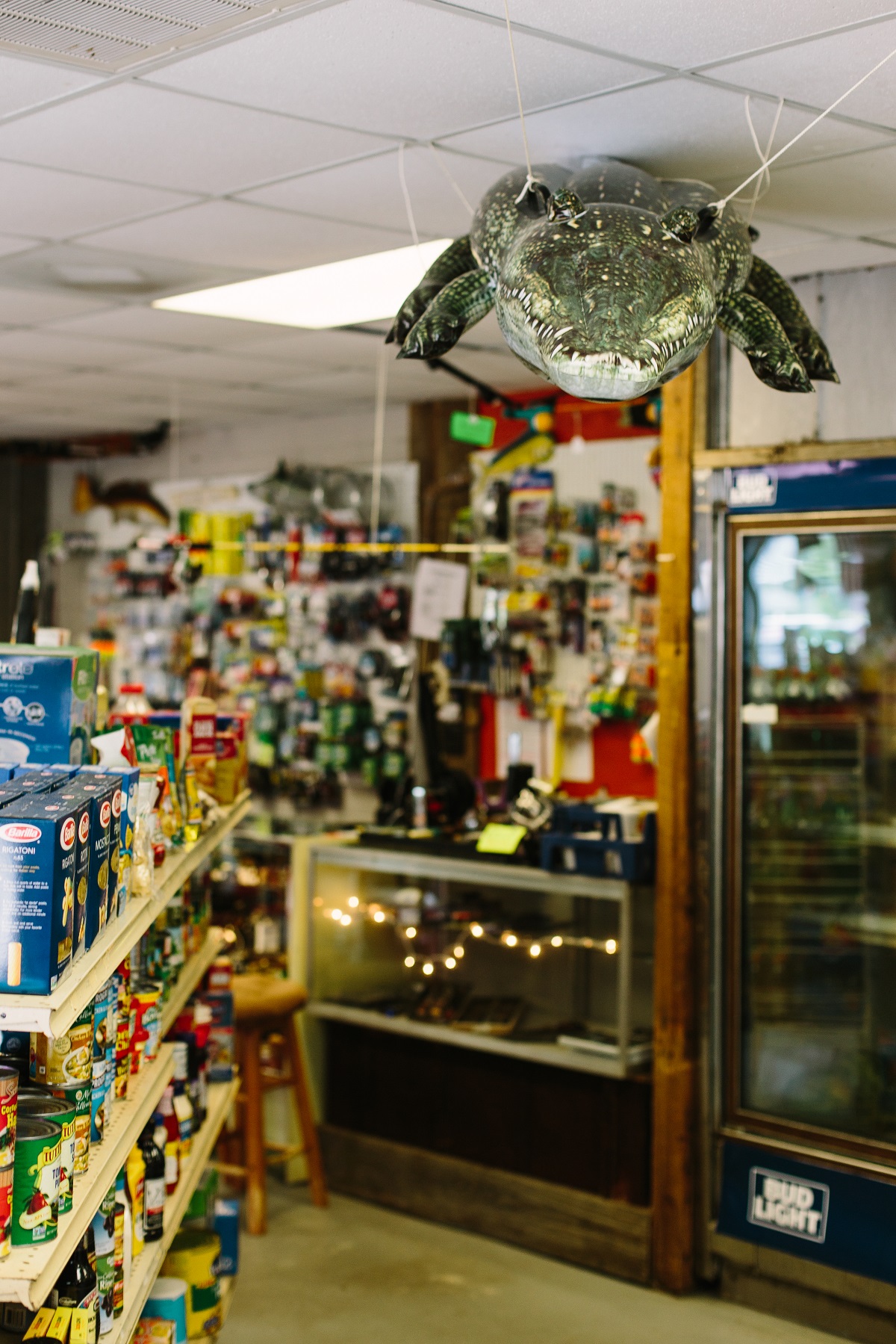 Among other budding innovations, the Webbs have also introduced “Free Coffee Friday,” an instant hit among patrons. They have also made a go at carrying more “artisan” products such as No Natz all natural insect repellent as well as local Honey from Silver Spoon Apiaries.

Cleanliness has also become a trademark of The Gator Hole, which advertises its clean restrooms. “Daphne did a great job [with the bathroom], fixed it up with new walls and fixtures, paint, nothing’s leaking,” Dan said.

With wildlife in mind, the store has also introduced eco-friendly paper cups for coffee.

Considering the plethora of goods and services The Gator Hole puts out, it pales in comparison to the strong relationships and tight-knit environment that is present. Tammi and Daphne described Dan as the “machine” that keeps it all running. He has reached out to a number of locals in multiple ways such as offering to pick up boaters who run into trouble on the creek or going on McDonald’s runs for the workers at Orton Plantation. 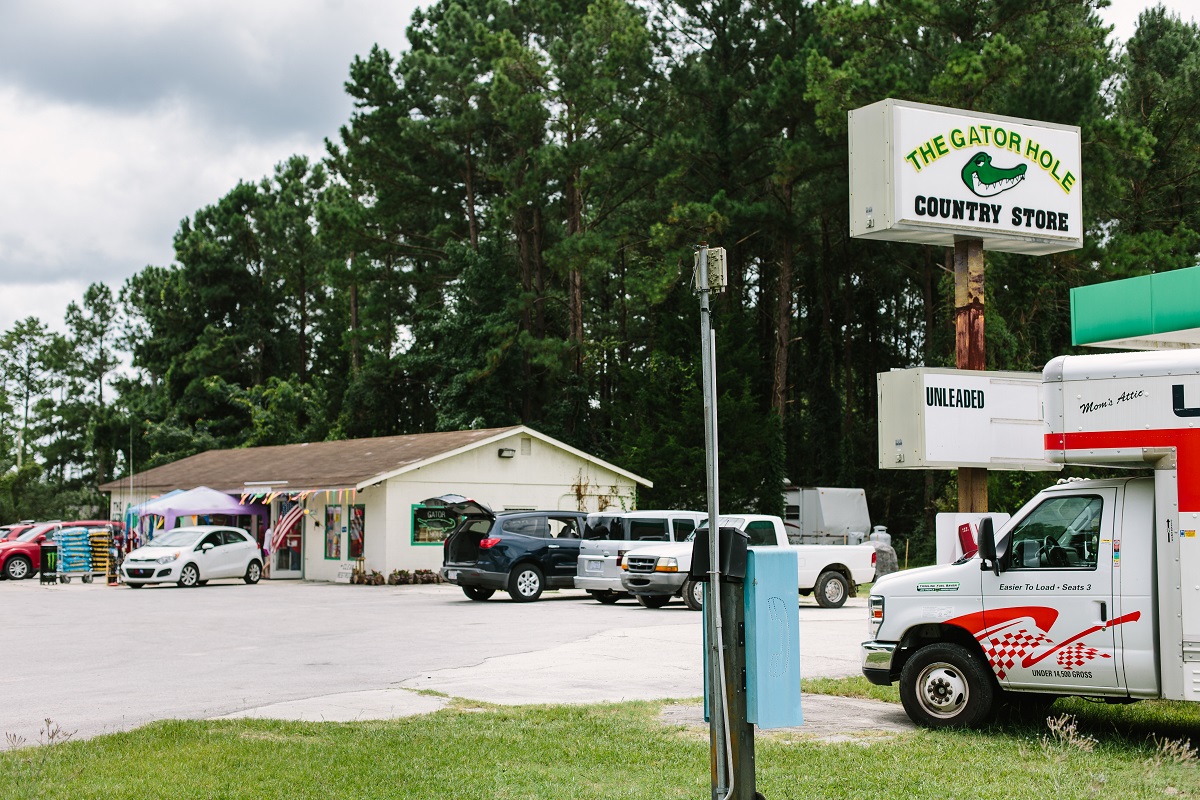 With the vision of owning the greater portion of the property, Dan Webb hopes continue The Gator Hole’s outward growth.

“As a growth for the business you’ve always got to have some kind of upward motion,” Dan said. “We’re never going to soar if we don’t try.” 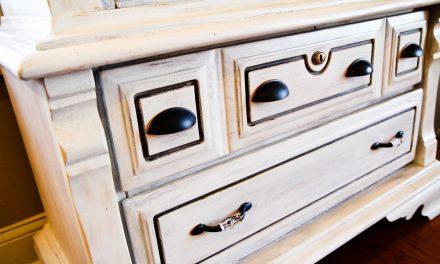 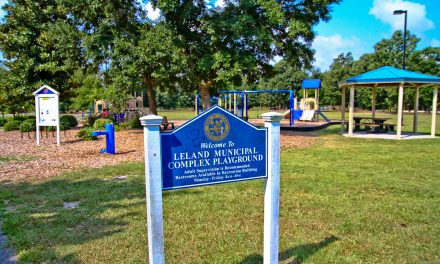 North Brunswick Loves Its Parks: And a New One Is on Its Way