All-natural meats, fresh-baked bread and many other delicacies await customers in the bright yellow building in Ocean Isle Beach.

The closest I’ve come to a butcher was my grandmother, who raised hogs and chickens on her farm in rural Ohio. We would walk by the well-used tree stump with a few feathery remnants and shudder slightly just thinking of the actions that had taken place. The idea of Grandma with a cleaver never deterred us from eating her chicken goulash or pork roast, however; it was just part of what comes with farming. We were eating all natural before it became popular.

Lucky for me and the residents of southern Brunswick County, there is a butcher in town who does all the work, just like Grandma. One day as I was traveling U.S. Highway 17 to South Carolina, I noticed a very bright yellow building in Ocean Isle Beach with a sign that read The Butcher of Brunswick. Being new to the area, I always like to check out local stores that carry specialty items not found in big-box stores. I wasn’t prepared for the quality and selection found within the walls of that bright yellow building. 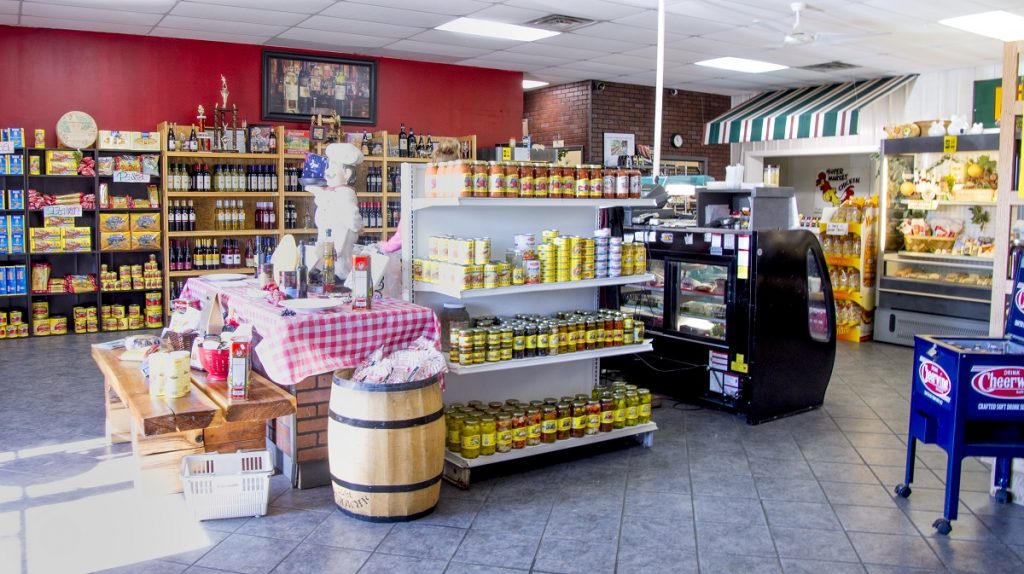 “Grab a loaf of bread and hold onto it,” are words you will hear as you enter the door. Why? Because the bread is that good and it goes fast as customers shop for meats, cheeses and sauces. “The breads come from New Jersey and New York and are baked fresh on the premises,” says Kevin Fahy, owner of The Butcher of Brunswick.

Originally from Brooklyn, New York, Fahy is a retired police detective from New York City. He and his wife, Dawn, and daughter, Annie, moved to Ocean Isle Beach in October of 2002, just after the 9/11 terrorist attack on New York City and the death of his son in a car accident. “It was time for a change and new scenery,” he says.

“I was looking for a place where I could find food products like I was used to back in New York. After a couple of years, I worked with Randy’s Meats and established a delicatessen within his store.” 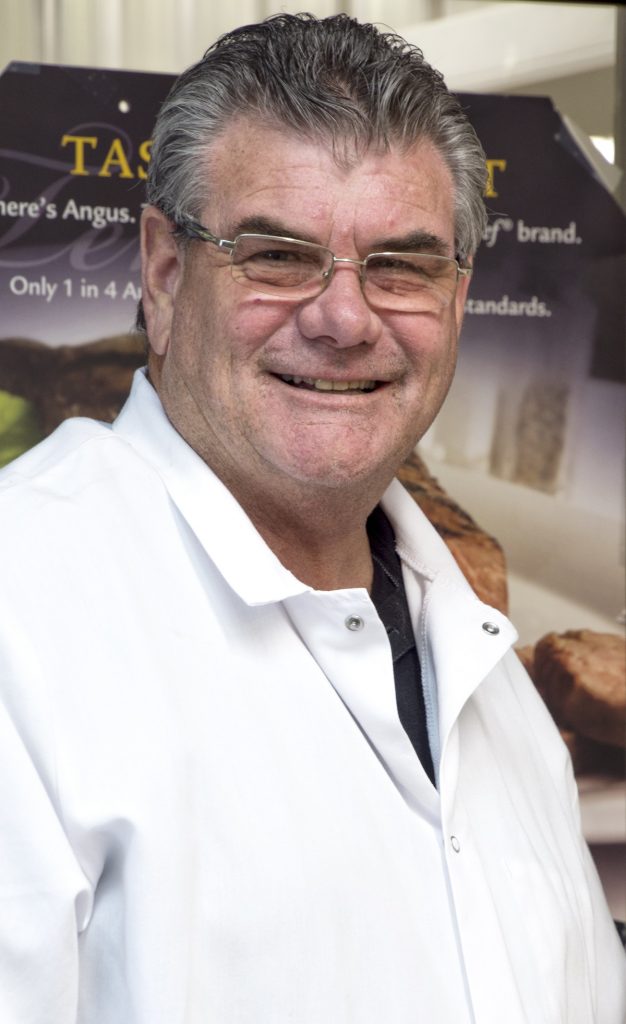 In 2008 Fahy and his wife purchased Randy’s Meats and rebranded the business as The Butcher of Brunswick. It was their dream to bring farm-raised meats and poultry to this new business and educate the public about the benefits of all-natural products. It has taken a few years, but Fahy is on the right track as he works with local farmers from the mountains of Georgia to family farms in North Carolina.

“We source our beef from Harris-Robinette Beef out of Pinetops, North Carolina,” he says. “It is 100 percent grass-fed, free of pesticides and hormones. The beef comes in under ice and is butchered on-site. If you want a 2-pound chuck, we cut it for you. If you want ground chuck, we grind it for you. Whatever the customer wants, we are here to serve them.”

Springer Mountain Farms, a family-owned business for more than 40 years in the hills of the Blue Ridge Mountains in Mount Airy, Georgia, is Fahy’s source for the finest chickens on the market today. They are 100 percent all-natural with no antibiotics, steroids, growth stimulants or hormones and they are never fed animal by-products.

Fahy and his team grind preservative-free, salt-free sausage every day and will grind it to your specifications. They also trim and tie tenderloins that are then oven-ready. All meats and poultry are wrapped in 30-day freezer wrap paper. Fahy suggests freezing these items if they are not cooked within 24 hours.

Most of the products Fahy gets in are fresh and right from the farm, but there are other items he stocks that come in frozen and stay frozen. He does not re-package any items; he just keeps them the way supplier sends them. Some of these items include shrimp, clams, mussels, lobster and seafood gumbo. He also stocks venison, wild boar, bison, alligator and Naked Beef and Naked Chicken from Joyce Farms out of Winston-Salem, North Carolina. At Thanksgiving he stocks locally sourced turkeys that were flash frozen and stay frozen at 32 degrees while traveling to his location. 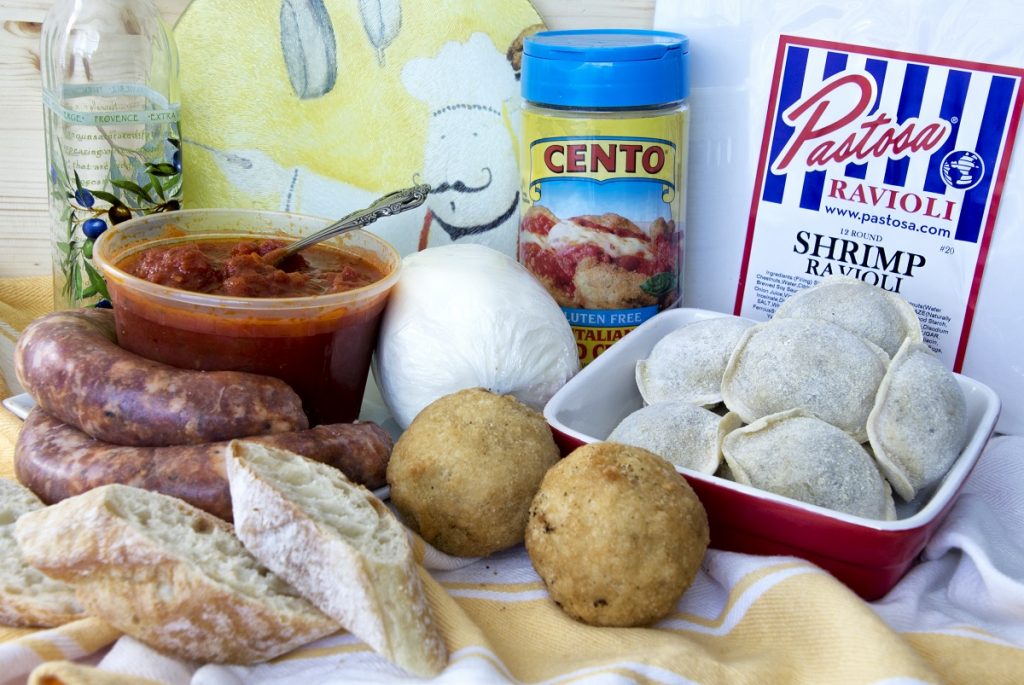 A Little Bit of Italy and More

Mozzarella and Burrata (made from mozzarella and cream) and pasta sauces are handmade on-site every week. Delicately seasoned pastrami is flown in from New York, as are hot dogs and the wide selection of breads.

Olive oil, sauces and pasta dot the shelves of the store, along with other home-baked treats. New and much welcomed items are the many gluten-free products, including gluten-free bread crumbs.

They cater events for between 50 and 800 people, with 50 guests being the minimum for on-site events. For events of less than 50 guests, they will prepare all the food but it needs to be picked up at the store.

Dawn and Annie help in the store alongside Melissa Matthews, a seven-year employee, and Dave, a three-year employee, plus several part-time employees.

“The food industry is a tough industry,” Fahy says. “We pride ourselves on offering fresh products at a fair price and being loyal to our customers. If a customer is not happy with a product they purchased, we encourage them to let us know and we’ll make things right. We want our customers to have the best experience when they walk into The Butcher of Brunswick.” 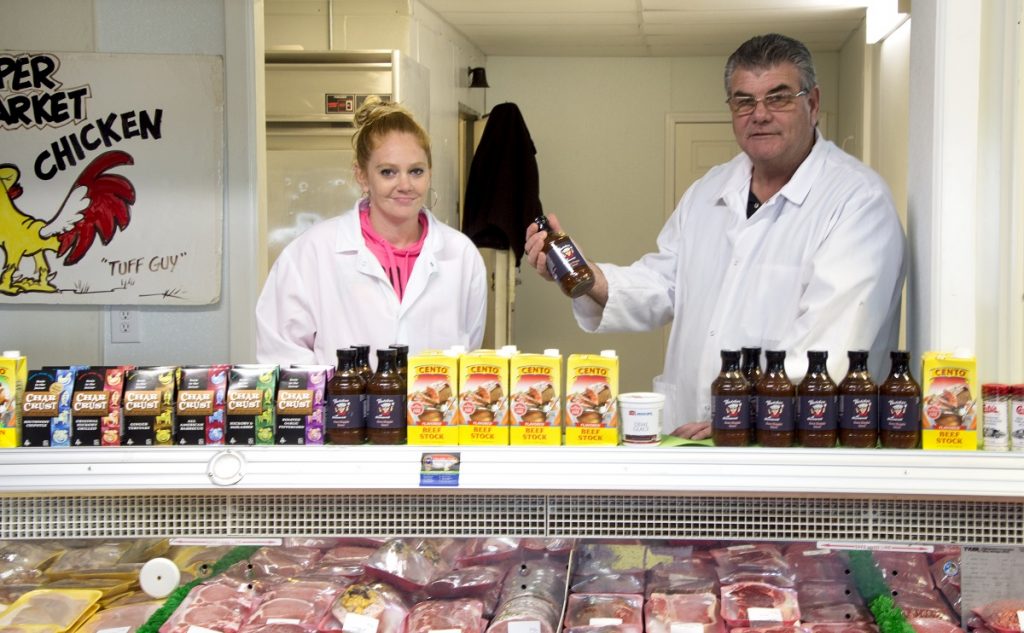 “I have no plans for expansion; one store is enough for me,” Fahy says. Last fall he did lease some space in his building to Makai Brewing Company. Fahy caters their parties as well as provides food such as sandwiches, salads and hot specialties during their open hours. This is a new venture for both Fahy and Makai Brewing Company and undoubtedly will change over the next few months as they both settle in.

As I walked around the store gazing at all the delicacies, I noticed my basket was overflowing with sausage, fresh mozzarella, pasta sauce, shrimp ravioli, pastrami, Swiss cheese and, of course, their famous bread. I still have visions of my Grandma and her cleaver, but it’s not so unsettling anymore since I found The Butcher of Brunswick. I’ll let him do the work and I’ll reap the benefits. 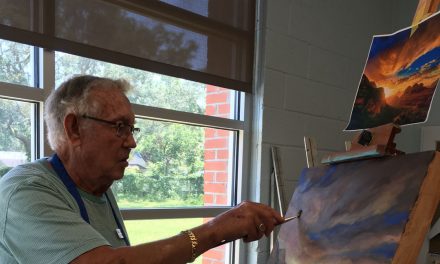 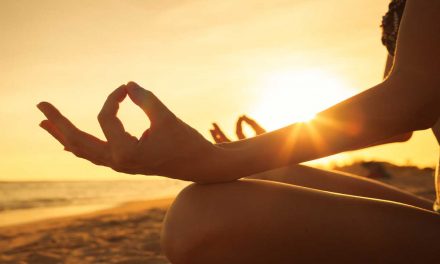 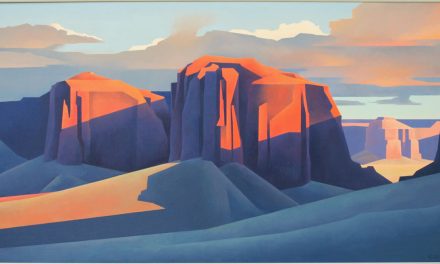