Following a record-breaking season that turned Taylor Perkins into a star, the North Brunswick High School basketball senior guard is heading to Salisbury. Perkins has been awarded a basketball scholarship to Livingstone College, a CIAA school she will attend in the fall.

“I visited and I felt at home and that’s when I knew wanted to go there,” she said.

It was Perkins’ performance in this year’s February 7 match up against Northside that got everyone talking. Both teams battled it out for an East Central Conference title. Scoring an insane 39 points plus four assists and four steals, Perkins led her team to victory and the Scorpions became first time ever East Central Conference champions, advancing to the state playoffs, another first. Perkins, the lead scorer in all the region this season averaged 20.4 points per game and was named StarNews All-Area Girls Basketball Player of the Year. She signed with Livingstone in April.

Perkins is one of more than 10 athletes at North Brunswick High signing letters of intent but the only North Brunswick female basketball player to advance to the college level.

Perkins’ career in basketball began at age four. By middle school, high school coaches were coming to watch her play. She chose New Hanover High, where she started on varsity her freshman year and caught the eye of Coach Danielle Bongiorno, who was looking to launch a female Flight 22 travel team.

“I saw her playing in a gym with a couple other girls. I immediately said this kid has some crazy talent and a lot of potential. I think she could be really special,” said Coach Bongiorno.

Flight 22 would put Perkins in front of hundreds of college coaches in tournaments up and down the east coast.

Garnering a reputation for ‘getting to the rim’, game after game Perkins revealed her double threat, able to both score and block.

“She makes shots, finishes at the rim, handles the ball and on top of that, she’s a crafty defender, very deceptive with her defense. She has a knack for getting steals, poking the ball away at the right time,” said Bongiorno.

“I wanted to make it easier for my family to come see me play,” said Perkins, whose family includes two cousins who play baseball for Pembroke and ECU, and another who plays football for NC State.

“The team welcomed me with open arms,” she said.

Forming an instant bond, the girls played well in 2016. By 2017 they dominated the court in an unprecedented, undefeated, record-breaking winning streak that culminated at the Feb. 7th   83 – 63 win over Northside cinching the ECC title and landing the Scorpions a state playoffs bid where the team made it to the third round.

“No question, the best season by far,” he said.

The rest is history and the future for Taylor Perkins is looking bright. She begins her college debut at Livingstone in August.

“You know what you need to do now, Tay, so go do it, make it count,” said Coach Bongiorno. 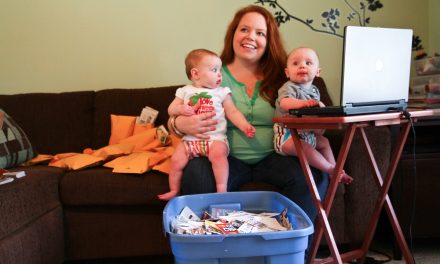