Many students in our nation’s public schools receive free or reduced-cost lunches. Some even benefit from various programs that send food home with kids on the weekend. None of these programs, however, extends to college-age students. It has become obvious that the need for free or low-cost meals continues into college, and the students, staff and faculty at Brunswick Community College are doing something about it.

A budgeting exercise in a classroom underscored the need.

“Last semester, we had an instructor who did a project on budgeting,” says Julie Olsen of Student Services at Brunswick Community College (BCC). “She found that several people in the class live on $20 a month for food. She brought that to our attention.” 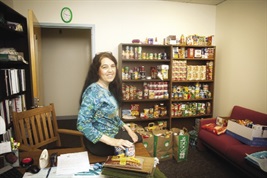 Olsen says she had been aware of some need and had wanted to do something like a food bank in the past, but couldn’t get it pulled together. After this discovery, however, she became determined.

“I said, ‘This can’t go on any more. I can’t have my kids hungry. It breaks my heart,’” says Olsen. “We sent out emails, and I now have more food in my office than I know what to do with. It’s a great thing.”

BCC President Dr. Susanne Adams says she first learned of the students’ food needs shortly after coming to the college, through a conversation with the school’s comptroller, Sheila Galloway. Discussions with the school’s business office and student services staff pushed the idea forward.

“The college came together in an unusual way to meet the need of the students,” Adams says.

With the Student Government Association’s (SGA) involvement, a process has been set up so that students can explain their need and apply to receive food.

“We have an application process,” Olsen says. “I want the right people to get the food.”

Using forms she collected from other food banks, Olsen designed a process that takes into account family size and income. Faculty and staff members become involved by making recommendations based on their knowledge of students. Thus far, all students who have applied for food have been granted access to the program. Food is distributed twice each week.

The SGA helped get the word out to students in need as well as to those who could donate food. There are also signs up at the school detailing the program. 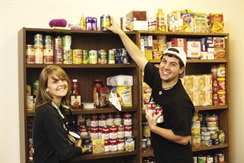 SGA President Mike Matthews says, “It’s still a work in progress,” but he believes that the people who really need the food will be helped. Even before applications were accepted, emergency food was handed out to individuals who were identified.

“Our goal is to provide the food free of charge,” Matthews says. “We’re here. The student government’s mission is to help students.”

Help for the BCC Food Bank came from a variety of sources.

Although those donations have been primarily food, they also have included hygiene products, paper towels and other nonperishables.

“I’ve really got the gamut of stuff in here,” Olsen says, noting that school supplies such as pens and paper are also needed. “If [the students] are on a Pell Grant, they can get these items from the bookstore, but if they’re not, they could use these items.”

The BCC Foundation office also has some latitude to assist students with emergencies. Students can borrow small sums from the foundation for emergencies or when they’re waiting for their Pell Grant funds to arrive. The business office also can make small loans to students who are on financial aid, Binetti says.

As for the food bank, donations have quickly rolled in from the community. One community member called and said she and her family do not exchange gifts [for the holidays]; instead they pick a charity. She brought in $200 of nonperishable foods. Others brought in bags of nonperishable items, including hygiene products and school supplies. Even the ceramics class at the New Hanover County Senior Center has joined the effort, donating food on a weekly basis.

The fact that there is not a dedicated area for the food bank hasn’t tempered anyone’s enthusiasm. Food is stacked in Olsen’s office. 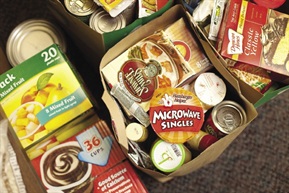 After she mentioned needing another bookshelf, a foundation board member donated one.

Although Adams says the facilities office is attempting to find a place with cabinets and lockers to house the food, Olsen likes having it in close proximity and she enjoys the opportunity it gives her to interact with students.

In addition to the food bank, the college has collected information on community resources such as other food banks and social services for those students in need.

While food banks have cropped up in enough universities to catch the attention of network news programs, Adams says she is not aware of one in another community college.

“We have such a large county,” says Adams. “So many students don’t know where they should go for help. Julie has done a marvelous job of putting together resources.”

“They could be homeless and have no food, living in a car,” Adams says. “The face of the homeless has changed. It’s families. It’s young college students. They can get to the university, but they can’t pay for food to eat. The difficult thing is that we are not social services, but we feel that as a part of the educational process, we need to educate the students on where they can get help. What has worked really well is it coming through our faculty. They know when a student is hungry or in trouble, and they know to send that student to Julie. That’s the route we’ve taken so far.” 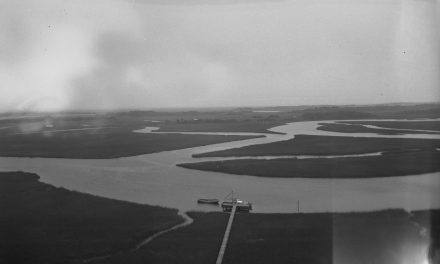 Cooking on the Clock with Tom Parks 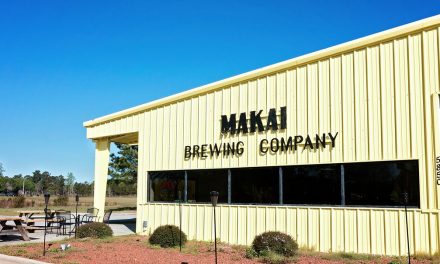