Light pours into the entrance that’s as welcoming as a mother’s hug. A focal point is the handmade art quilt Karen Ernst of Ocean Isle Beach designed and donated specifically for the library. Ernst named the piece Books Show Us The [CQ] Universe. Planets and stars surround an open book with lines emanating from it as if to entice readers to enter a magical world. 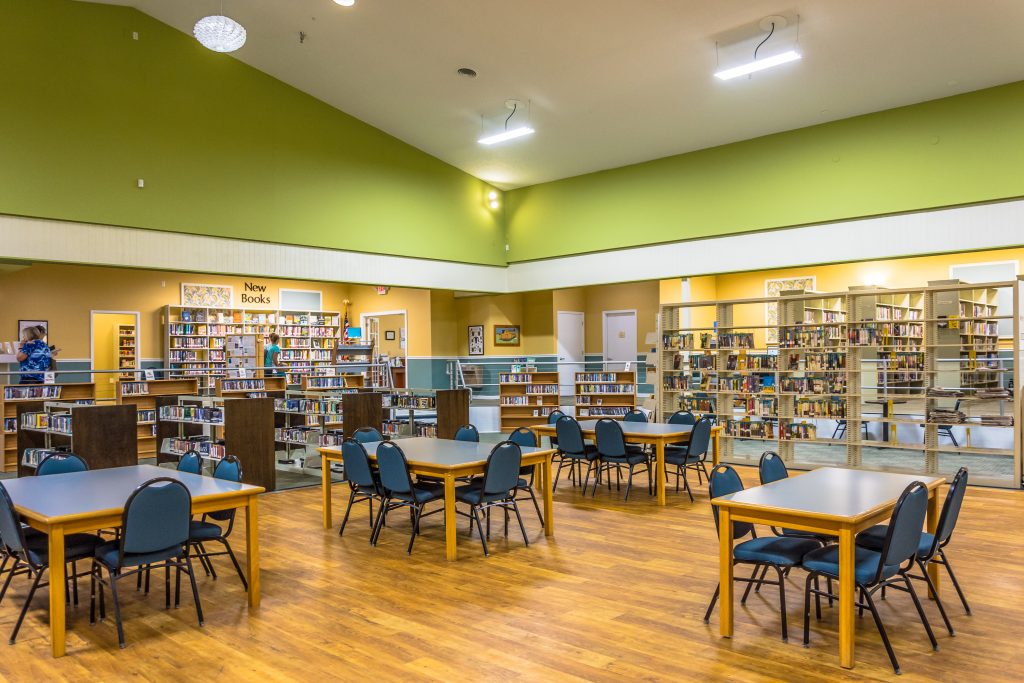 A volunteer greeter sits at a desk with ready answers to patron’s questions. A bin for donating and borrowing magazines, a table with upcoming events and announcement, and sitting areas are all available before entering the main room.

Once there, the attraction is the massive center with tables and chairs for study, easy chairs for reading and shelves of DVDs, newspapers, audio books, adult fiction and young adult fiction with shelves forming the perimeter. People need not be intimidated by the three steps down. The ramp is at the back of the room, and Seashore Drugs in Calabash donated a wheelchair for easier access.

Branch Manager Christi Iffergan radiates enthusiasm when she talks of the new library. “It’s one big open room,” she says, her arms widening. “The staff can view the entire building.” It is the largest of the five Brunswick County libraries.

The footage increased about 280 square feet from the Hickmans Crossroads Library on Calabash Road, but Iffergan explains that facility was on two floors with steep stairs she deemed unsafe, so she used the second floor for offices and staff. “We were trying to fit things into a building that was full,” she says. 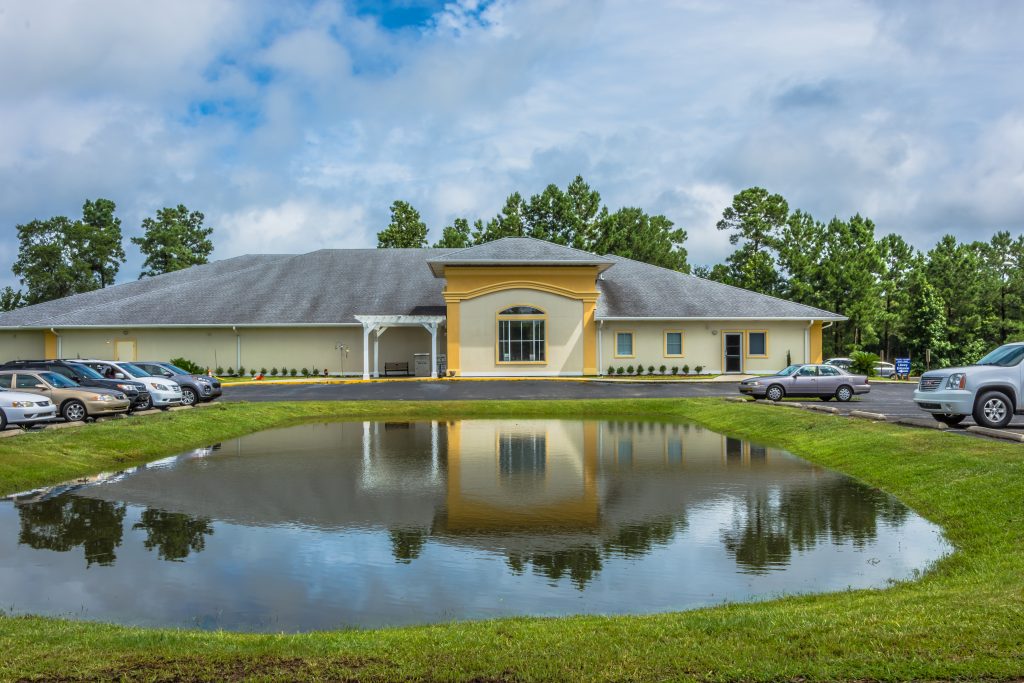 “[This library] has a lot more room so we can have more books,” says volunteer Diane Colum of Calabash as she shelves books. The other one “was really cramping our style.”

Now a separate room has the computers with a volunteer to assist patrons. Three meeting rooms accommodate the activities among which are Stitchin’ Time Needlework Club, mahjong, chess, adult coloring session, book club, movies, a writers’ group, five exercise classes and community organizations. Several associations are requesting meeting time, and Iffergan is open to all. “I’ll try anything once,” she says.

One area that Iffergan wants to increase is children’s programming. Although the number of children in the community is small, she’s seen more come to the library since it opened on Ocean Highway. Library Assistant Kristyna Savard prepares Story Time, which meets on Wednesdays at 10 am year-round and has had 38 attend recently.

Reecie Tate, Brunswick County Library Director, says everyone was excited about the new location. “[The County] redesigned the building for us,” she says. “We had outgrown Hickmans Crossroads. We thought it was a miracle when we got that one.” Another miracle on U.S. 17? “I guess so.” 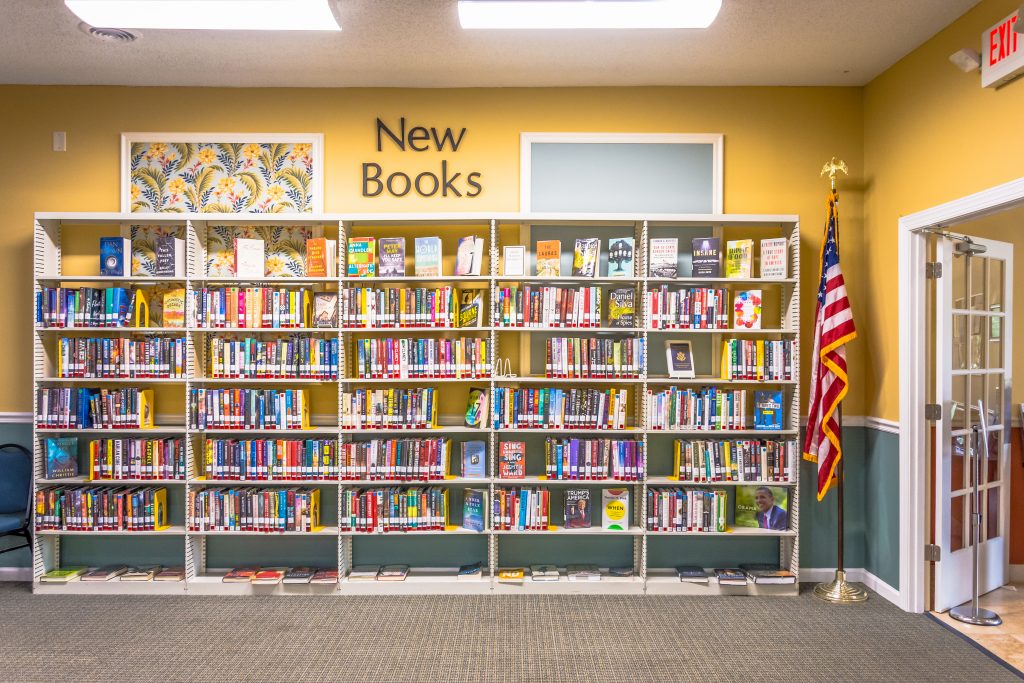 Both the former and current locations have a history. The building on Calabash Road was a vacant perfume factory that came to the county through a grant and opened in 2004. The sheriff’s office and Emergency Services Department will occupy the vacated library.

The building on Ocean Highway was Close Encounters Adult Entertainment, which was shut down in 2009. Brunswick Community College purchased the building and offered classes there until 2017. The county commissioners and the BCC board of trustees made an agreement that the County would buy the building and help the college to expand classrooms on the BCC Bolivia campus.

“I really, really appreciate the work the county, staff and volunteers have put into this move,” Tate says.

“The County did a wonderful job renovating and getting the building ready physically,” Iffergan says.

Over 200 volunteers logged more than 1,000 volunteer hours during the transition. Fundraisers brought in more than $5,000. Friends of the Library bought used shelves in Texas, flew there to retrieve them, rented a truck to haul them back and paid the $8,000 cost. Otherwise, new shelves would have been $60,000 to $80,000, Iffergan says.

“We more than doubled the amount of bookshelves,” she adds. “We’ve increased the size of the library, which means we’ll be able to have a larger collection.” The library needs acoustic panels for the classrooms to lessen the echoing and new shelving and rugs for the children’s room, but those will come in time.

Iffergan says more than 900 people came to visit the library the day it opened, and 400-500 people come each day. “We are surprised at how many new patrons we have just because we moved.”

“I love the atmosphere, how friendly it is,” says FOL President Michelle Berger of Sunset Beach. “It’s not a ‘shushing’ library.” Patrons praise the library staff of Kim Wilson, Marilyn Southern, as well as Savard and Iffergan.

“I would just like to continue to see our library be one of the centers of our community,” Iffergan says. “I want to continue to offer activities and to make the library a place where people want to come.” 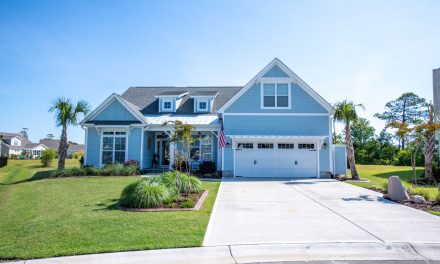 Jean and Rich Jensen – The Retreat at Ocean Isle Beach 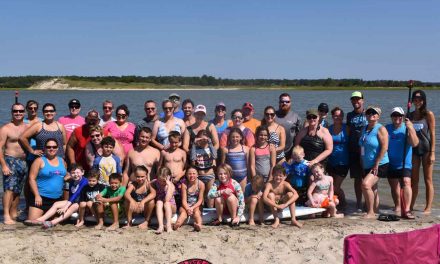