Carolyn Wright, owner of Seaside Bakery and Wedding Cakes in Ocean Isle Beach, has a recipe for success. Like any good cook, she won’t reveal all of her secrets, but it goes something like this: Mix one part each energy, enthusiasm and innovation with an openness to evolve and some delicious baked goods. Place in a storefront in southern Brunswick County for four years and, voila, business success. At least if you have her full recipe.

In 2006, Wright and her partner, Patrick Morrison, launched Seaside Bakery. A lifelong baker — “at least since I was nine” — Wright’s celebration cakes, pastries and breads had been a hit with family, friends and co-workers for years. After retiring to Thistle in southern Brunswick County, her desire to get back to baking came with a vengeance.

“I wasn’t satisfied with baking the occasional cake and a few loaves of bread for us and our friends,” Wright says. “We thought a bakery would be a great creative outlet, business venture and addition to the community, so we started one.”

Starting a business is no easy feat, but Wright’s former career as a strategy consultant for several information technology giants in Pennsylvania provided her with the business savvy she needed to set out in her new venture. Her life experience (at least since age nine) as an amateur baker gave her the confidence, skills and abilities to make it in the industry. So she jumped in with both feet and found successes and failure, although, gladly, more of the former than the latter.

“I’m fortunate to have an analytical background,” she says, “otherwise we might not have made it.”

Trying to please her customer base Wright expanded Seaside’s offerings until they carried more than 20 types of bread, all baked fresh daily, in addition to pastries, cakes and doughnuts.

“Every night we’d throw away more than we sold and it was disheartening, but we turned a critical eye to the business and began to cut what wasn’t working and expanded what was.”

Thus began the first evolution of Seaside Bakery. Wright continued on this track, evaluating her sales and product requests and modifying the menu every couple of months, until someone came in and asked for something big: a wedding cake.

“At first I was nervous,” says Wright. “I’d done celebration cakes for everything from a first birthday to a 103rd birthday, but not a wedding cake. I was touched that they’d thought of me. How could I turn it down?”

Then Wright came upon a bit of information that pushed Seaside Bakery into the evolutionary process again. Brunswick County hosts more than 1,800 destination weddings per year. That’s 1,800 couples who need wedding cakes, 1,800 receptions in need of bread and pastries, 1,800 pre- and post-nuptial brunches in need of sweet treats.

“A light went on,” Wright says. “I realized we were missing out on a big business opportunity.”

Wright used her experience as a strategy consultant to re-evaluate her ever-evolving business. She looked at her workspace, streamlined her process and made Styrofoam models of cake layers so she and clients could build their dream cakes (a change she calls “revelatory” because it lets clients see what their cake will look like and lets her troubleshoot construction). Word spread and one happy couple became two and then ten — Seaside Bakery and Wedding Cakes had arrived.

Then the strangest thing happened.

“I had a couple come to me for their wedding cake,” she says. “Except they didn’t like or even want a cake. What do you do for an anti-wedding cake?”

Rather than turn to the obvious answer – pie – she proposed a whole dessert spread. Mini cheesecakes, tarts, cookies, brownies, strudels, Danish, coffee cake, bar cakes and cinnamon rolls. Everyone would find something for dessert and not be tied to one or two cake choices.

“They loved it. It was decadent, quirky, fun and, most importantly, no one missed the cake,” Wright says.

Wright didn’t stop there. She’s sought out partnerships with local businesses to expand her, and their, offerings. Lately she’s been exploring dessert and wine pairings with the help of Silver Coast Winery.

“These are high-end flavors,” Wright says. “It seems that the only ice cream cakes you can get are vanilla, chocolate or Neapolitan, and they don’t have cake, only some cookie crumbles. We decided to change that and offer gourmet ice cream and cake flavor.”

“I’m excited about our future here in Ocean Isle,” Wright says. “We’ve cultivated some great relationships and are able to offer some really unique products because of it. Somehow we went from being a traditional bakery to offering wedding cakes, dessert bars, wine pairings and gourmet ice cream cakes. I’m not sure what’s next, but I know it will be fun.”

First up were samples of Seaside’s wedding cakes — Pumpkin Spice with Cream Cheese icing and almond Pound Cake with Nutella Buttercream — and Silver Coast’s 2002 Merlot. The merlot’s dry, mellow nature stood up well against the moist and distinctive pumpkin, with the subtle sweetness of both the cake and wine playing well off one another. Slight notes of tannins blended with the almond pound cake, and the hazelnut of the Nutella worked to finish the pair off nicely.

Next was a personal Cherry Cheesecake with the 2008 American Oak Chardonnay. Aging wine in American Oak will often result in a more intense flavor, and that was true here. The Chardonnay, tangy and well flavored, had notes of citrus that were echoed in both the lemon and cherry in the cheesecake. The wine finished with a hint of butterscotch that left us wanting more cheesecake and more Chardonnay.

Lemon Raspberry Teacake with White Chocolate Points served with a 2007 Cabernet Franc followed. The Cabernet Franc, generally a blending grape, is north Carolina grown and was bold enough to stand on its own for this bottle and it did not disappoint. A peppery wine that’s buttery smooth, it accented the sharper tones of the raspberry and the lemon in the teacake. A final bite of white chocolate smoothed out the flavors and rounded out this pairing nicely.

Our fourth pair was a Fresh Fruit and Crème Tart with a 2008 Seyval Blanc. This proved to be the only misstep of the day. The Seyval, a more acidic white, brought out the tanginess in the fruit and it proved to be too much. A quick trip to the tasting counter for the rosé and the crisis was averted. The rosé layers of berry flavors were the perfect match for the apricot glaze and slices of kiwi and strawberry.

The fifth pairing was a personal Mochaccino Cheesecake with the Silver Coast Holiday red. A Cabernet-Merlot blend, the Holiday red hinted at fruity flavors — plum and blackberry — and really brought out the coffee and chocolate in the cheesecake. Rich on the fork and in the glass, this pair is not for the faint of heart or taste bud.

For the final pairing we had a Chocolate Tart and Blackberry Wine. The Blackberry Wine, Silver Coast’s newest release, was made from local blackberries and showed the subtle and expert hand of their winemaker — it was sweet, as a dessert wine should be, but didn’t overpower, as blackberry wine can do. Putting it with the Chocolate Tart showed a real knowledge of both the wine and dessert as the smoother sides of both came to the front in this dish.

Overwhelmingly, our favorite pairing was the Cherry Cheesecake and 2008 American Oak Chardonnay. Each side of the pair accented the other for a well-balanced dessert and it seemed the perfect dessert treat.

You can contact Seaside Bakery and Wedding Cakes at (910) 579-3052 or visit them at www.seasidebakery.net to arrange a tasting, cake or dessert bar of your own. 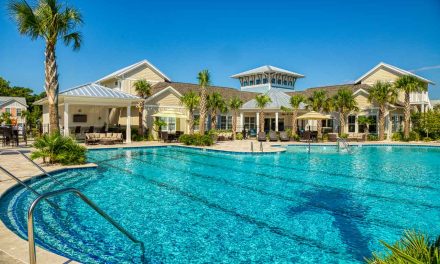