Don’t be surprised if you hear music filling the air in southern Brunswick County this summer – Holden Beach, Ocean Isle Beach, Shallotte and Southport will be hosting more than 50 free concerts and movies for residents. Melinda Johnson, Marketing and Community Events Coordinator for Brunswick County Parks and Recreation, invites everyone out to “meet new neighbors and friends … as well as take in a great concert or classic movie” at one or more of the host communities. So pick one (or two or three), pack a cooler and head out the door.

Holden Beach’s summer concerts are held on Sunday evenings starting at 6:30 pm at the Pavilion at the end of Jordan Boulevard. With a full lineup running from the end of May to September 5, you will have plenty of opportunities to see free live music.

The first few concerts, which were held before this issue went to press, included The Imitations, The Government Plant Band, Goldrush, the Used-to-be’s, Northern Border, Ohana and The Wilmington Big Band.

Don’t fret if you missed out on these, the rest of the summer has a full slate of great bands in many styles. Captain Cook and The Coconutz will have an evening of Jimmy Buffett tunes for you on July 11. July 18’s Sea Cruz big band and variety show lends a touch of classic American swing and standards to the showcase. On July 25 the Craig Woolard Band’s beach music offers the perfect opportunity to shag the night away in the ocean breeze.

The remainder of the beach-music– heavy lineup is a great way to wind down the summer season. The August 1 show will feature GV4 Band’s classic rock and blues, and August 8’s concert by Prince Taylor and the Beach Bums brings beach music hits to the stage. On August 15, Bailout’s beach rock will get you dancing, and the following week, August 22, local favorite Da Howlies will swing their Hawaiian thing. The concert on August 29 by Bam Jazz, a three-time performer at Holden Beach’s summer series, is a can’t-miss show. The season winds down with the final concert on September 5 when The Imitations and their beach and Motown review close the season.

Pack your cooler, chairs and beach blanket and head down to Holden Beach for a great concert or two. You are welcome to bring a cooler packed with your own refreshments but, please, no alcohol.

July 11: Captain Cook and the Coconutz

Refreshments and coolers welcome, but alcohol is prohibited.

The town of Ocean Isle Beach’s concert series starts at 6:30 pm every Friday from May 28 to September 3. Concerts are held in the parking lot of the Museum of Coastal Carolina. Get there early for a good spot; get there earlier to check out the museum. In addition to the musical entertainment, there will be a live radio remote broadcast by COOL 105.3 at each show. The Ocean Isle Beach concert series also presents an opportunity for residents and visitors to give back to those less fortunate by accepting cash donations to benefit local food pantries. Remember that the concerts are free, and a small donation to a food pantry goes a long way to help your neighbors in need.

Since Ocean Isle Beach’s concerts started in May, the first few shows occurred before press time but the bands were well worth seeing. The early lineup included The Entertainers, Bailout, The Imitations, Legends of Beach and The Attractions.

July 2 featured beach music and pop hits from Mark Roberts and Breeze, and July 9’s show by the Craig Woolard Band continues the beach music theme. Continental Divide’s eclectic mix of music on July 16 guarantees to be entertaining. Beach music with the Band of Oz on July 23 and classic rock and blues with GB4 Band on July 30 will keep you on your feet.

Appropriately enough, the final concerts on the bill at Ocean Isle Beach are filled with beach music and pop classics. On August 6, Goldrush takes the stage with a mix of hits from across the decades. The Holiday Band brings its beach music to the stage on August 13. August 20’s show from Jim Quick and Coastline will have you singing along as they perform a variety of hits spanning the decades. August 27 has the Craig Woolard Band taking the stage again, and the final concert of the season on September 3 brings The Tams and their beach and oldie show to thrill the crowd.

As with all concerts in Brunswick County’s parks, chairs, picnic blankets and coolers are welcome, but alcohol is prohibited.

Concerts are Fridays starting at 6:30 pm from May 28 to September 3 in the parking lot of the Museum of Coastal Carolina. Call (910) 579-2166 or visit www.oibgov.com and click on the calendar for more information.

Refreshments and coolers welcome, but alcohol is prohibited.

Shallotte’s SummerFest in the Garden has four movies and six concerts planned for Thursday and Friday evenings from May to early September. Held in Rourk Gardens on Main Street in Shallotte, the concert and movie lineups are guaranteed to be a hit. Concerts are held on Thursdays and run from 7 to 9 pm; movies are shown Fridays starting at dusk. SummerFest events are often accompanied by other activities — golf putting greens, face painting, raffles and giveaways — which vary according to the event’s sponsors.

SummerFest concerts started on Memorial Day with the Craig Woolard Band and continued with the Key West Band, but don’t fret, there are plenty of opportunities to catch a show at Rourk Gardens.

July 1 brought Jaded Mayberry Band, a Shallotte-based soft-rock band, to the stage. The Embers Band takes the stage with its beach music on July 15. On August 5, The Coastline Band invites veteran and first-time shag dancers to enjoy their music. The concert series wraps up on September 2 with The Spare Change Band’s contemporary country sound.

Shallotte is also offering movie nights on Fridays throughout the summer. Cloudy With a Chance of Meatballs and The Blind Side were shown in June. On July 23 Monsters Vs. Aliens will hit the screen. August 20 brings the movie season to a close with a special double feature — Hannah Montana The Movie with a pre-movie concert by Gabbie Rae as Hannah Montana.

Linda Lynes, Volunteer Chair of the Shallotte SummerFest Committee, says, “The turnout to our movies has been wonderful. It’s great to see the kids bring their blankets and teddy bears and enjoy movies under the stars.” Refreshments on hand at Shallotte SummerFest concerts and movie nights are provided by event sponsors and vary by sponsor type, but typical “fair food” — funnel cakes, lemonade, slushies — are available for purchase. You are welcome to bring your own refreshments but alcohol is not allowed.

Shallotte SummerFest in the Garden

Concerts are Thursdays from 7 to 9 pm at rourk Gardens on Main Street in Shallotte. Movies begin Fridays at dusk. SummerFest concerts and movies run from June 17 to September 2. Call (910) 754-4032 or visit www.townofshallotte.org for more information.

June 11: Cloudy With a Chance of Meatballs

The town of Southport will be hosting concerts this summer from May 25 to August 29. Southport will also be showing a variety of films beginning June 11 and ending December 10. All concerts and movies take place on the Garrison House Lawn.

Southport’s concert series started before press time with Blind Manifest and Da Howlies, but two more opportunities remain to hear some music at this beautiful location. On Tuesday, July 27 steel drum band Sea Pans will take the stage at 6 pm, and on Sunday, August 29 the Zion Hill Adult Choir and Praise Dancers will be singing contemporary and traditional gospel songs, also beginning at 6 pm.

The movie series, which runs well into fall, also started before press time for this issue with a screening of Jaws. The remainder of the schedule is a mix of contemporary films, classics and kids’ movies. Friday, July 9 brings Academy Award winner The Blind Side to the screen at 8:30 pm. Marley & Me will be shown Wednesday, August 11 at 8 pm. The classic kids’ movie Mary Poppins airs on Friday, September 10 at 7:30 pm. Cary Grant and Deborah Kerr’s 1957 classic love story An Affair to Remember will show on Friday, October 8 at 7 pm. Pirate Kids and Pirate Kids 2, both filmed in Southport and the surrounding area, will air as a double feature on Saturday, October 30 starting at 6:30 pm. The film season will wind down in December with contemporary holiday classic The Polar Express in 3D.

You are welcome to bring chairs, blankets and snacks, but please refrain from bringing alcohol to any of the concerts and movies in Southport. Later in the season you may want to bring a thermos of hot cocoa and a jacket in addition to your usual concert supplies.

Concerts are Tuesdays beginning at 6 pm May 25 through August 29. Movies begin at varied times and run June 11 through December 10. Call (910) 457-7965 or visit www.townofsouthport.com for more information.

October 8, 7 pm: An Affair to Remember 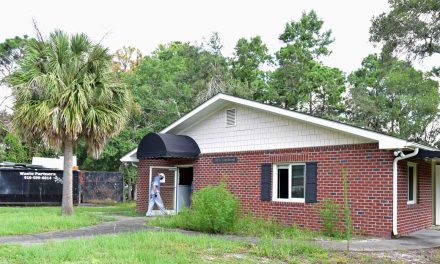