Saving the Treehouse in the Ocean

Eleven years ago, Richard Neal participated in a federal government auction in which he was the highest bidder for a tower sitting right in the middle of the Atlantic Ocean. The tower, once a light station, sat all but abandoned for six years before Neal snatched it up for $85,000.

Neal’s first thoughts after winning the auction was, “Now what do I do with it, and why did I buy it?”

There is rich history behind the tower. For more than 40 years, Frying Pan Shoals Light Station helped guide large ships through the treacherous shallow waters 32 miles off the coast of North Carolina — known as Frying Pan Shoals. This permanent structure, first erected in the early 1960s, replaced the U.S. Coastguard lightships that had been stationed at the shoals for nearly 11o years.

Neal decided to turn the tower into a one-of-kind bed & breakfast destination in 2012 to help fund its restoration efforts. 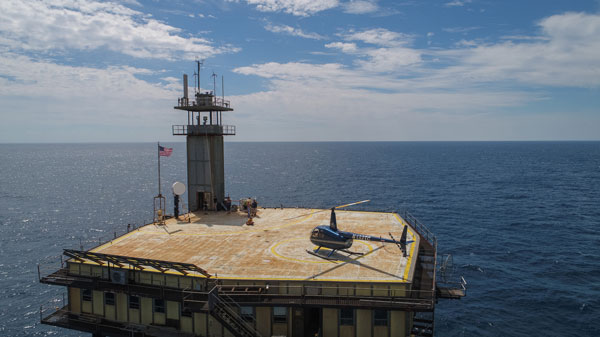 Powered by wind and solar energy, the 5,000-square-foot living space includes a stainless-steel kitchen, a large open living and dining area, three queen bedrooms, five twin bedrooms, a utility room with washer and dryer, a hot shower, toilet facilities and a sleeping quarter for crew. There is also a maintenance area for the battery and communication systems as well as backup generators, fuel sources and tools and equipment for repairs and maintenance. It also has its own helipad. The tower is only accessible by boat or helicopter, making it truly an adventurous getaway.

“We stayed booked, every weekend,” Neal says. “It didn’t slow down.” That is until he realized he could no longer keep up with the repairs and maintenance required to keep the tower running as a B&B. “I watched things rust and fall off into the ocean,” he says.

Then Neal had an epiphany. He divested his ownership and shut down the B&B so he could focus on his true passion — restoration — and established the nonprofit FPTower Inc. FPTower Inc. has a three-fold mission to restore, protect and preserve.

Restoring is imperative. If left alone, the tower will succumb to the salt, wind and waves and eventually dissolve away with rust and fall into the Atlantic. Preserving as much of the original structure and materials — including an original 1970s’ man hoist — for historic value is also a goal, as is protecting not just the tower, but the ocean underneath. There is a protected reef below the tower that serves as a valuable habitat for marine life. 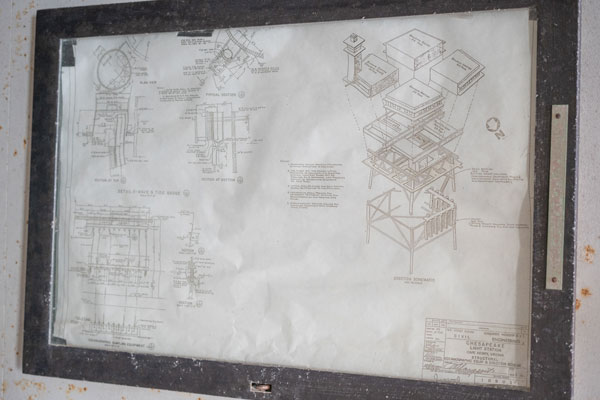 Currently, there are 16 projects on the restoration plan, including putting glass back in the top of the tower, installing new stairs, replacing steel at water level torn off by hurricanes, scraping away rust, and treating and repainting.

“We’ve got a full workshop on the tower; it’s a MacGyver’s paradise,” Neal says. “We’re always scavenging one part to make another while we’re out there.”

FPTower relies on volunteers who can donate their time and talent to help preserve Frying Pan Tower. They especially need those with welding and other mechanical skills. All meals and accommodations are provided for; volunteers just have to get there — which can be a challenge since the only transportation is by boat or helicopter.

“We’d love to have boat captains with boats who could volunteer to bring the rest of the volunteers out,” Neal says.

Neal and company have been fortunate to have volunteers from all over the country rally behind their mission.

“Some of our volunteers aren’t quite sure how they can help, but they always find something to do,” he says. “One guy drove all the way from California; he didn’t have a lot of mechanical skills, but he was great with computers and made our slow computers go fast again. And he could cook!”

To reach the tower, it is approximately an hour-and-a-half to two hours from Southport or 15 minutes by helicopter.

It is not all work for the volunteers who come out to help. There is fishing from the tower, biodegradable clay skeet-shooting, corn hole, snorkeling or scuba diving, a pool table and indoor movie and game nights. 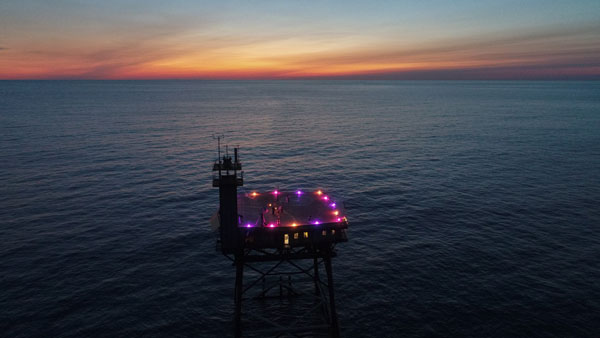 Funding comes from the sale of Frying Pan Tower merchandise like hoodies, hats and shirts as well as fractional ownerships, which offers a portioned share of Frying Pan Tower, providing investors the benefits of ownership without the upfront expense. It is the best kind of ownership. FPTower is also fortunate to have sponsors like Culligan Water out of Wilmington as well as Waterline Brewing and Cape Fear Distillery to reward hardworking volunteers.

When Neal placed the winning bid in the auction more than a decade ago, he had no idea what he was in for. The journey has been “a challenge, but a fun one,” he says. His hope is that within the next 10 years, once they can preserve the tower, that “it will be self-maintained by research, training and educational institutions and organizations.”

As for the answer to Neal’s second question — why did he initially buy the tower? — it came three years after he first wrote the check.

“It hit me like a ton of bricks,” he says. “I ended up buying it because it reminded me of my childhood tree house. I grew up in suburban Oklahoma, where there were no trees, so I couldn’t have a tree house. So, my parents went and bought large poles and sticks, stuck them in the ground and built a square box on top. It was kind of a mini version of the tower. The primary difference, as a child I had to battle the mosquitos in the treehouse; there are no mosquitos out on the ocean!”

Want to help?
Potential volunteers are encouraged to go to the website at fptower.org to see when the next volunteer trip is scheduled and fill out an application. 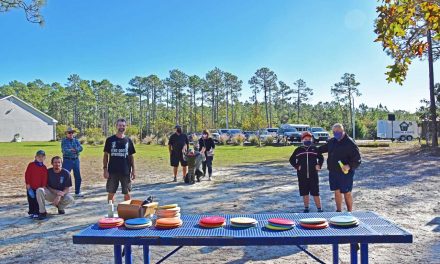 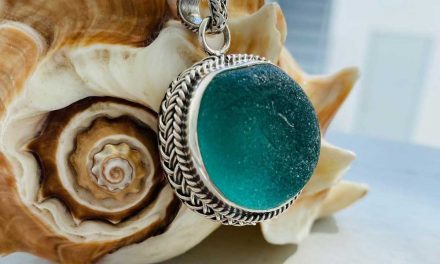 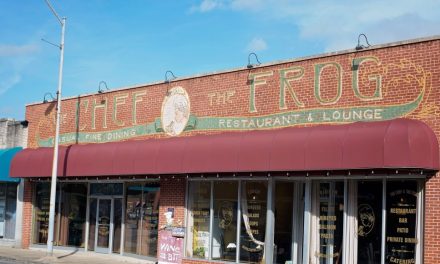 The Chef & The Frog Puts Downtown Whiteville on the Map