Randy Rhodes: Finding the Life and Enjoying the Style

“A lot of people are lucky in that they were born here,” says Randy Rhodes, talking about one of his favorite topics: the coastal Carolina environment he’s gotten to know and love in recent years. “So many others here are like me. They love the area; it just took them a while to find it.” Rhodes, a husband, grandfather and real estate business lawyer at Waterford, moved here from West Virginia three years ago, to be with his then-girlfriend with whom he eventually married.

“She offered to move to West Virginia,” he says, “But I told her, ‘You’re half an hour from five or six great beaches and you’re surrounded by golf courses. Stay where you are!’” He and his wife, Linda, were married on the beach at Topsail Island. They live now, at Magnolia Greens. Rhodes has a son, who lives in the area, daughter, who still resides in West Virginia and a stepdaughter in college. Rhodes and his wife spend a lot of weekends canoeing, golfing and visiting the beaches. He says that sometimes he misses the mountains of West Virginia, but he adores the ocean, too. Besides, he and his wife spend a substantial amount of time visiting his home state; his daughter, who lives there still, had triplets in January. He laughs, recalling the last “relaxing” weekend he spent up there, which involved four middle-of-the- night baby-feeding sessions.  “It’s one busy place,” he jokes with a shake of the head.  But he obviously doesn’t really mind.

After all, Rhodes is someone who likes to be where the action is.  He spent a previous life—ten years in the 1990s—in Washington, DC, as chief of staff to West Virginia Representative Harley Staggers. He says he enjoyed the excitement imposed by the position. “It was an interesting learning experience,” he says.   However, it was a career that he ultimately decided was not for him.

The problem, says Rhodes, was that working in politics lacked the personal touch he loves in his job practicing law: having face time with people, getting to know families and helping to make a visible difference in people’s lives.  “When you’re doing something like that job in DC,  you rarely ever see the effects of anything that you’re doing…Whereas in this job, you’re really dealing one-on-one with every individual that walks in the door.   And hopefully you can help ‘em, and if you can help them, you know it right away.”

Not that things are any less exciting here in the  North Brunswick area or in New Hanover County.  “You have a lot of talented, well-educated—some retired, some not—people moving into this area, that seems to me to be a real resource. And you also have a lot of local people who’ve lived here all their lives and who have contributed to this community. And they’re all coming together.”

Rhodes sees irony in the contrast between his professional role in this current thriving environment, compared to the one in which he grew up. When he was very small, he remembers Keyser, West Virginia to be a booming railroad town. But in later years, he says the place faced a decline as their small railroad station closed. The son of two factory workers, Rhodes was the fourth of six children, and the first in his family to attend and graduate from college.

“The family support there was huge,” he says.  “I think they were happy to have someone who had gone and stuck with it and graduated.” Rhodes finished his studies at West Virginia University in 1973, with a degree in Business Administration.  After several years working with the state’s deputy inspector of public offices, he returned to WVU and received his law degree in 1980.  Rhodes is comfortable now in the daily challenge of helping people put together contracts, write their wills, purchase their first homes and the myriad other daily responsibilities he sees at his law office.

He says his favorite part of all of this is handing people the keys to their new homes. A few months ago, he says, he got to do that with his friend and professional neighbor, Kathy Berner, whose offices are situated across the hall from his own. “She was buying a new house and brought her sister to the closing with her, and her sister was taking all these pictures of us: Of her signing the documents, and me handing her the keys.”

It’s just one memory, a small part of his job, but the personal, one-on-one reward of moments like these are what Rhodes says make his job more meaningful.  While his personal world revolves around Eastern North Carolina, he says he and his wife still make quite a few trips up to West Virginia when they can; to hike or canoe or lately to lend a hand to his daughter. “It’s a busy place up there,” he jokes with a shake of the head. But then he gets serious.  Family is, after all, central, he says. “It’s everything.” 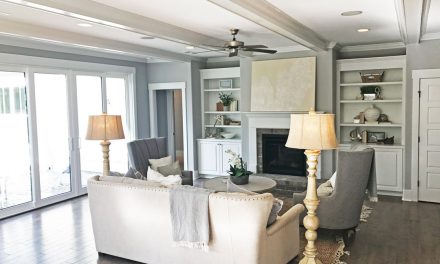 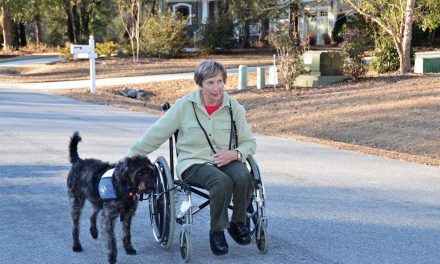 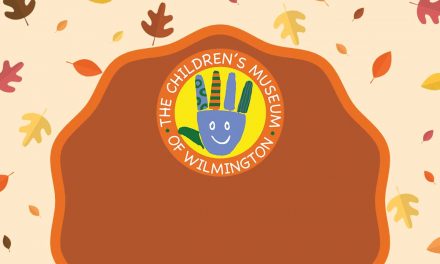 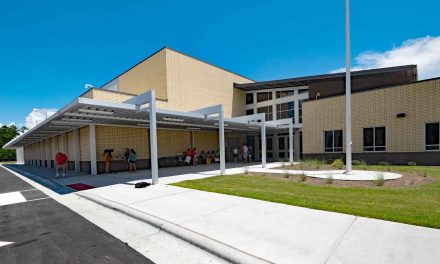