Protecting the Birds of Brunswick County

The Lower Cape Fear River is home to one of the largest concentrations of nesting water birds in the state. Almost 30% of North Carolina’s entire population of coastal birds choose Brunswick County as their preferred nesting and breeding spot, including species like the Brown Pelican, Great Egret, and White Ibis. All in all, over 10,000 pairs of coastal birds will settle here to breed each year, and Audubon North Carolina is hard at work to ensure that they are able to do so successfully.

Since 1982, Audubon North Carolina has managed up to nine islands on the Lower Cape Fear River. One of the largest and most significant ones, Battery Island, sits right across from Southport. Home to one of the largest White Ibis colonies in the country, in a typical year this island can have up to 70% of the state’s Ibis nesting on it. In addition to the White Ibis, about 20 other species of birds nest on the Lower Cape Fear River, the most numerous being Brown Pelicans, Tricolored Herons, Great Egrets, Snow Egrets, Royal Terns, Sandwich Terns, and American Oystercatchers. 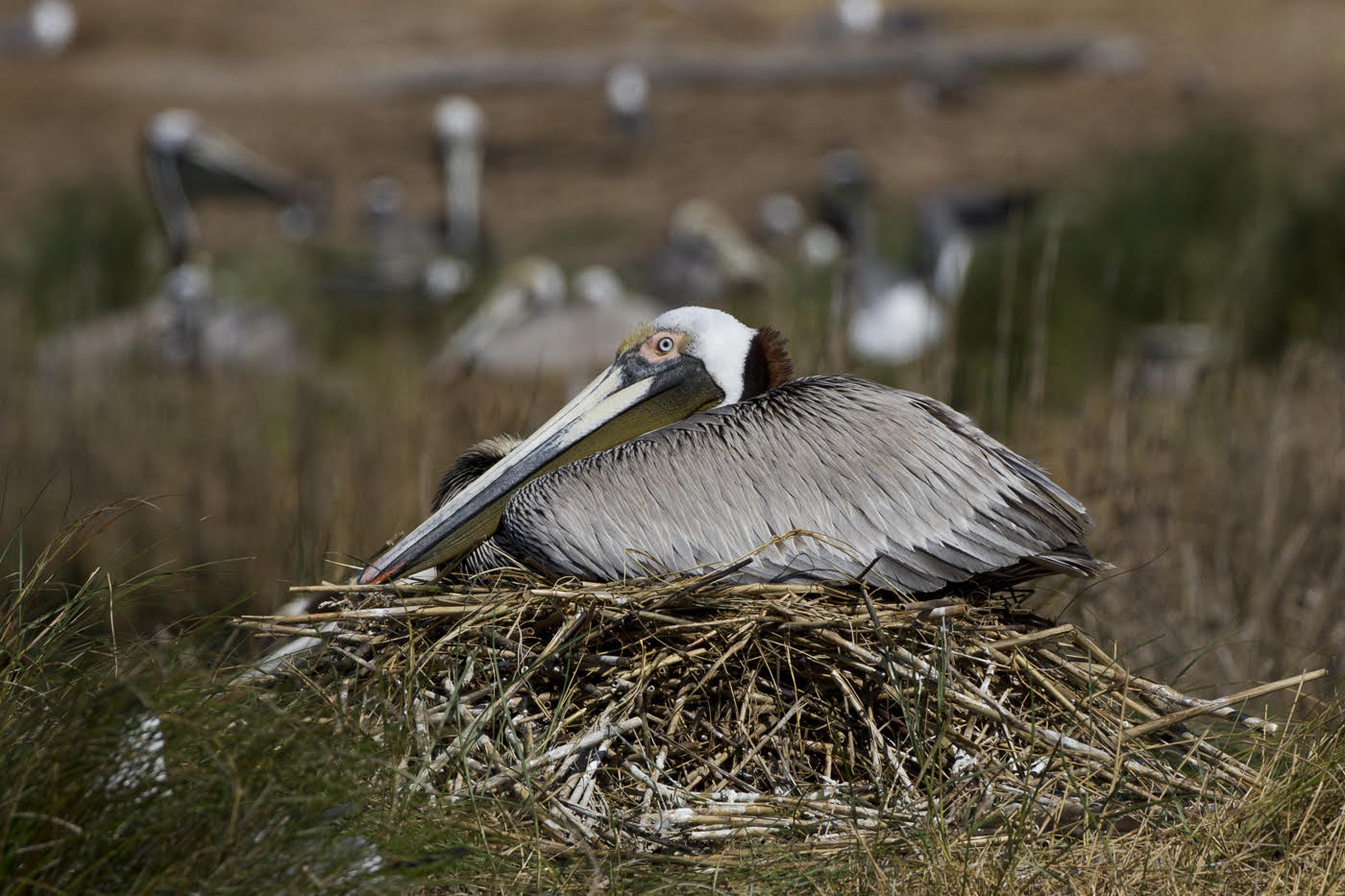 “The reason the islands are so well suited for these birds is because they offer the right kind of habitats for each species’ nesting needs. They also lack the presence of mammalian predators, due to the islands’ isolation and scarcity of food and fresh water resources,” says Coastal Biologist Lindsay Addison.

“Brunswick County is a great location for birds and birdwatchers,” says Curtis Smalling, Director of Conservation with Audubon North Carolina. “From the wading birds on the islands to the warblers in the swamps, and the Painted Buntings in the backyards, it has something for everyone.”

Breeding season runs from April 1 to August 31 and during this time the islands are closed to human access. Audubon North Carolina manages the island habitats to make sure each species has a suitable place to nest. One of their primary focuses is posting signs and patrolling to prevent human disturbance.

“It’s important to put up signs and close the area to human access because when they’re nesting, the birds are very sensitive to disturbance. We might not mean them any harm, but we’re much larger than the birds and we look like a threat. So if humans go into a nesting area, the birds are going to get scared and fly off their nests for the duration of time that people are there. That’s going to leave the eggs and chicks vulnerable to various threats, like temperature change and predation. It could also cause the adult birds to abandon the site completely if they feel it’s too dangerous, leaving behind the eggs and chicks altogether. Posting signs and making sure that the birds aren’t disturbed by human activity is critical to their success,” says Addison. 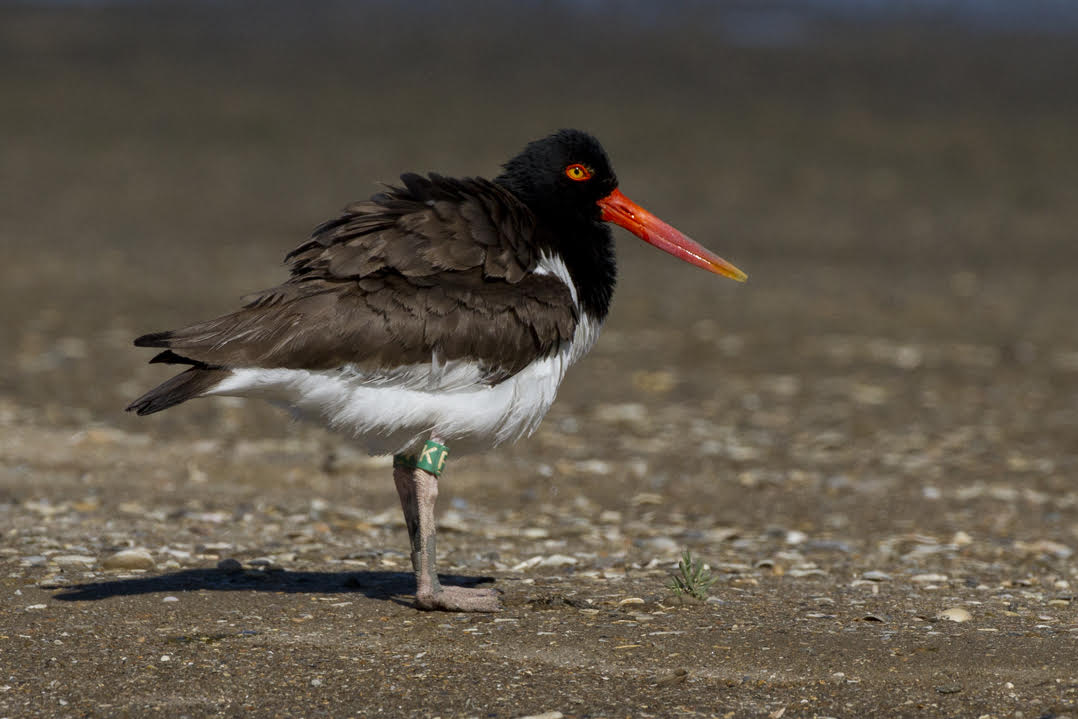 In addition to island management, Audubon North Carolina also aids in population monitoring and various research projects every year. This year the society is helping carry out the statewide Colonial Water Bird Census. Coordinated by the North Carolina Wildlife Resources Commission and occurring every three years, the census attempts to count all of the colonial (group-nesting) water birds along North Carolina’s 300 miles of coastline. The purpose of the census is to assess trends in population, distribution, and habitat use, all of which help in management decisions.

“So when we say that about one-third of the state’s colonial water birds are nesting on the Cape Fear River, we know that because we’ve counted them all. So it shows how important the river is for these species, and why we need to maintain the health of the river, the water quality, the shellfish, and the habitat. It’s important not only to the birds but to many other types of species,” says Addison.

Brunswick County residents can help make sure that the ecosystem on the river stays healthy by supporting Audubon North Carolina’s initiatives towards protecting the river. When visiting the islands by boat to bird watch, it’s important to obey all posted signs, stay off the islands, and pay attention to what the birds are doing.

“If the birds are changing their behavior because of your presence and responding to you in any way, it means you’re too close to something that’s important to them, such as a nest. It’s best to move back until the birds settle down. It’s important when you’re boating to pay attention to wildlife and make sure that you aren’t having an adverse effect when you’re out enjoying nature,” Addison says. 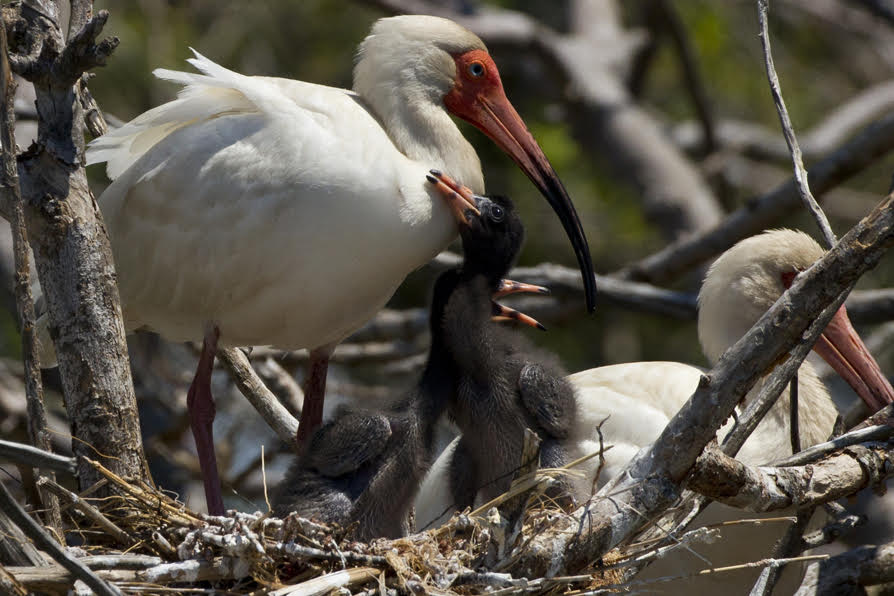 Another way in which people can be good stewards while enjoying the Cape Fear River is being aware of the dangers a fishing line imposes to birds. When fishing, if a bird becomes entangled in the line, do not simply cut it loose. The bird will be trailing the line, which will eventually lead to it getting tangled up and killed. Instead, if possible, always try to reel the bird in, disentangle it, and remove the line and hook.

By following Audubon North Carolina’s coastal bird protection efforts and guidelines, Brunswick County residents can help ensure that the Lower Cape Fear River remains one of the most desirable and populated locations for so many bird species to nest and breed. 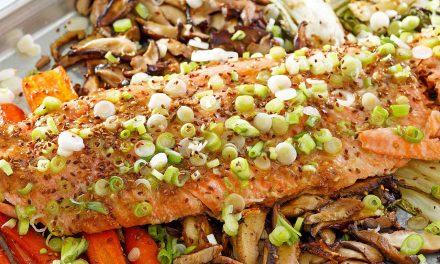 Fish in a Flash 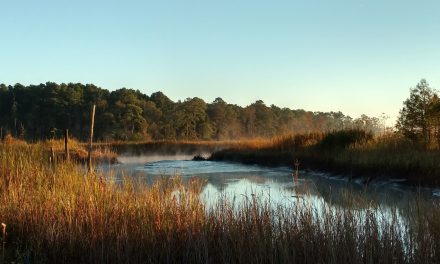 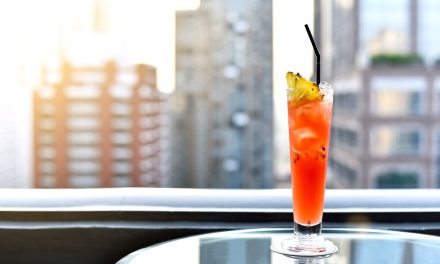 Where to Grab a Drink Downtown