By the time a man hits 30 years old, he’s been exposed to every major sport. With middle school P.E., high school athletics, collegiate intramurals, ESPN, ESPN2 and the random gaming aberrations of the winter and summer Olympics, we should have played or at least seen it all.

So when I heard that a sport named pickleball was tearing across Brunswick County, I was both excited and surprised. I immediately did a Google search and found a clip from 2010 that referenced pickleball as “America’s fastest growing sport.” Five years ago and I was just hearing about it? Being a late-comer to anything hip and current, this timing sounded appropriate.

Pickleball, a hybrid of badminton, ping pong and tennis, was created in Washington state in 1965 when a couple of men transformed some improvised wooden paddles, a whiffle ball and a shortened badminton net into a competitive game. Apparently, the family cocker spaniel (“Pickle”) liked to intercept the ball and run with it into the bushes. Pickleball was born. Almost 50 years later, the game is being played all over the country, and developments across Brunswick County are building pickleball courts for their communities.

As a lifelong player of invented backyard games that grow out of a necessity to populate every moment with a diversion of some kind, I find it incredible that a relatively recent made-up pastime has caught on this way. In fact, the sport is so entrenched that it is played in all 50 states, is directed by a governing body called the U.S.A. Pickleball Association (USAPA) and employs an enthusiastic army of ambassadors to promote the sport and guide new players.

You can’t investigate pickleball in this area without running into Marty Smith. Smith, 65, is a pickleball ambassador in the Southeast Conference, a large geographic swath that spans Alabama, Florida, Georgia and both Carolinas. As a resident of Brunswick Forest and sport ambassador, he’s been instrumental in bringing pickleball to his neighborhood. 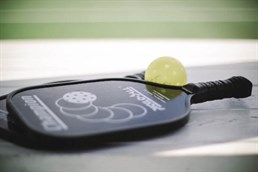 “I arrived at Brunswick Forest two years ago and they had six to eight players,” says Smith. “We’re now starting a pickleball club and we’re over 90 strong. They have eight courts under construction, which are being built out near Cape Fear National golf course. We’re really happy that things are happening.”

Smith invited me to come out and experience pickleball with his group at Brunswick Forest for a drop-in day. While drop-ins welcome players of all experience levels, non-residents need to be invited and accompanied by a resident of the community. I wasn’t sure what to expect, but as a former tennis player I imagined that I could at least keep a rally going.

I met Smith’s neighbors and fellow players and we stretched casually and chatted about the basics: players knock around a whiffle ball with light squarish paddles on a shortened tennis court. Doubles is the preferred format for drop-in days, although singles is an option at other times and in tournaments. There are sidelines with ins and outs called like tennis, underhanded serves (with no second serves), and the winning team is the first to reach 11 points, win by 2.

There are other pickleball-specific rules, including a peculiar server rotation scheme and manner of announcing the score that I didn’t fully grasp even after two hours of playing. The most original element of game play is the area on the court called “the kitchen.” The kitchen extends 7 feet from both sides of the net, and when a player is within that area he is not allowed to volley the ball out of the air. You can’t enter the kitchen unless a ball bounces in there and then you must vacate the area as soon as you make your play. It’s a thoughtful rule that prevents players from looming at the net and crushing every ball within reach.

As I played with Marty and members of the Brunswick Forest pickleball club, I was surprised at how much movement was required and how quickly I became winded. Some have dubbed pickleball as “old man’s tennis,” and that’s an unfair moniker.

The court is fairly short so the rallies are fast and furious with little time to think about your stroke. Several times I ran down a ball and made a play only to whiff it majestically, believing in that instant that the paddle was as long as tennis racket. Other times I whiffed because I had attempted a ping pong stroke. There were also many mis-hits that resulted from a hard-to-find sweet spot that was never where it should have been due to the weird in-between paddle length; old muscle memories can haunt you during your first morning on a pickleball court.

As a result of the paddle length and strange speed and dull bounce of the whiffle ball, a lot of your performance depends on how well your body functions athletically on auto-pilot. And right when I thought I was getting better, I would lumber into no-man’s land, unaware of my poor positioning until a winner by the opposing team came whizzing by me.

My fellow players were patient, but it was no fun to lose points and disappoint partners that were my parents age or older. Although pickleball can be enjoyed by players of all ages, much of its popularity can be attributed to retirees. What has enabled that popularity? The reasons are plentiful.

“Number one, it gets retired people out from behind their computers,” offers Smith. “Number two, it gives them some activity. They can come out here, break a sweat and it’s not as invasive to the joints as tennis is. We have a lot of tennis players that don’t play tennis anymore because they have tennis elbow; now they’re playing pickleball. It’s not as hard on the knees because you’re not moving as much. It’s just caught on fire with the seniors.” 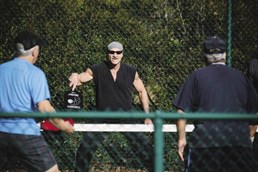 In October of last year, Waterford in Leland hosted a grand coming-out party for pickleball in their community. Nearly 100 residents took part in the festivities that centered on their four brand-new pickleball courts. There was an official ribbon cutting, demonstrations on the rules, and equipment available for attendees to use and practice with the “pickleball pros” sprinkled through the crowd. Ambassador Smith was there, too. He stood before a polite mob of people and represented his sport, explaining “the kitchen” with the casual command and easy-going charm of your favorite uncle.

Waterford resident Dr. Jon Ludwig of Cape Fear Dental Care was instrumental in putting the event together. His practice sponsored the event, and seeing the social and recreational benefit that the sport brings, he was right there courtside leading demonstrations and offering encouragement.

“Playing pickleball is a great way to get out and meet people in the neighborhood,” says Ludwig. “It’s nice to get out there and be competitive, but it’s more fun than anything. And it’s a way for us to be a bigger part of the community.”

Young, fit and professional, Ludwig, 37, represents another demographic that is helping pickleball achieve its exponential growth.

“More and more people in their twenties and thirties are getting into pickleball, in fact all ages are getting involved,” says Ludwig. “The game appeals to a wide array of ages and experience levels. It’s nice to be able to watch people picking it up so fast.”

One recent convert to pickleball is Janet Bohler, a very active woman who also happens to be Tennis Committee Chairman at Waterford. While this may seem like two-timing of sorts, Bohler is quick to point out that the two activities can complement each other.

“I just started pickleball a few weeks ago and I love it,” says Bohler. “It’s great for my short game in tennis. Pickleball is about reaction time, and most of the play takes place relatively close to the net. So far I’ve only seen improvement in my tennis game. Now I use a slice more in tennis, which I never used before. I took a tennis lesson to learn how to slice so I could play pickleball.”

When the equipment has been packed up and players both young and old have returned to their homes, pickleball ambassador Marty Smith will be planning his next demonstration. Considering how many communities are trying to get him to visit to discuss the sport and its attendant rewards, he is a busy man. 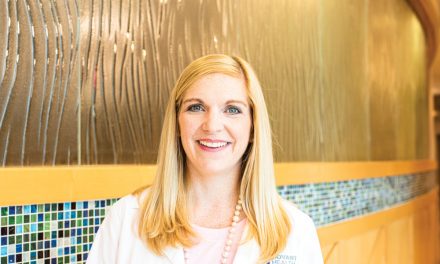 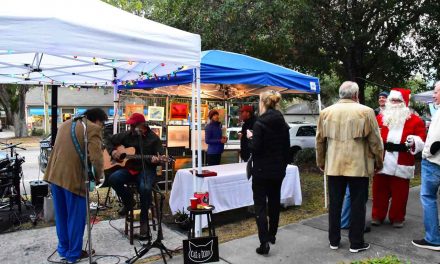 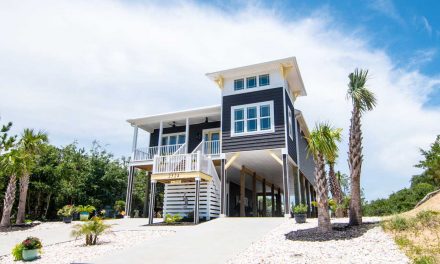