Opera for Opera Lovers – and Everyone Else

tory and Photography By Carolyn Bowers

Ten years ago UNC-Wilmington voice professor Nancy King had a vision and a plan. Her vision was to popularize opera, to introduce it to school children and to bring it to the community at large. Her plan was to take her opera students on the road and have them perform in a variety of venues. This would expose more people to opera and also give her students a chance to perform in front of a live audience.

“They were missing the acting portion of singing,” King says. “And they needed a fan club.”

King teamed up with her good friend and accompanist Pat Ainspac and launched the UNCW Opera Outreach Project, or UNC-WOOP!

Here’s how it works. First, King introduces an opera with the knowledge that only a learned professor could and with the wit of a seasoned comedian. Then her students sing several selections with their beautiful young voices and just the right amount of dramatic flair. The result? Their audiences appreciate opera as never before, and her students have a solid fan base. Clearly, a win-win.

When UNC-WOOP! was in its infancy, the Friends of the Library Southport/Oak Island were looking for a way to honor a very special Southport resident and library supporter by doing something a little out of the ordinary. They decided to sponsor a program of music in her memory. 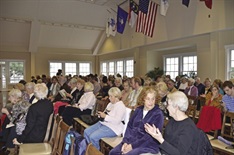 Marge Leuschner and Mary Jones had heard about UNC-WOOP! and asked King to perform at the Southport Community Center. King agreed, and she and Ainspac brought several of their students down for that first Southport performance. Every year since then, the group has performed the first two Sundays in February and has always attracted a standing-room-only crowd of devoted followers, both longtime opera buffs and recent converts.

When they returned this year to celebrate their 10th annual performance, King and Ainspac were greeted with a standing ovation. It was a well-deserved “thank you” for 10 years of extraordinary music, a little opera education and a lot of laughter.

To commemorate their 10th performance in Southport, King chose selections from some of the most popular past performances and brought back a couple of alumni. Stephen Brand, Eastern Carolina University masters candidate, and Marina De Ratmiroff, UNCW voice instructor, opened the program with some Mozart pieces. First, a duet from Don Giovanni, where they acted out the seduction scene. Marina followed with an aria from Queen of the Night, and Steven sang a selection from The Marriage of Figaro.

Last year’s graduate and opera series favorite Mary Claire Curran was back to team up with King. She let everyone hear her lovely soprano voice one more time before she leaves for graduate school. King and WHQR’s Bob Workmon wrapped up the afternoon with a selection from Franz Lehár’s operetta The Merry Widow.

In keeping with the Southport opera series tradition, the performance was followed by a reception, which gave the audience a chance to thank the vocalists personally.

The following Sunday’s performance featured selections from the opera students’ upcoming road show, Cinderella, in English, and for kindergarten and first grade school kids. The opera version that was selected was Massenet’s Cinderella, originally written in French, and translated by King. Mezzo-soprano Whitney Lanier started the afternoon off with Cinderella’s Lament, complete with broom in hand. Heather Bobeck sang the Rodgers and Hammerstein version of Ten Minutes Ago, which was followed by a duet with returning alumnus Alex Gazda and Bobeck singing Do I Love You Because You’re Beautiful? The afternoon concluded with mezzo-soprano Connie Waddell knocking it out of the ballpark with an aria from Rossini’s Cinderella, sung in Italian, for which she was given a standing ovation. 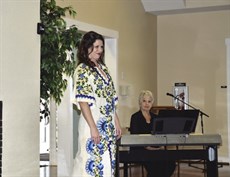 There is no charge for these performances, however the Friends of the Library have tables set up at each door to make it easy for attendees to pay the membership fee and become Friends for the current library year.

To encourage that effort, the names of those who have signed up and paid their dues by the second Sunday’s performance are eligible for a drawing. This year, prizes were donated by Captain Bert Felton for a ride on the Solomon T, Oak Island’s Thai by the Sea for a dinner, Emma Thomas for a trip with The Adventure Kayak Company, and Stephen Phipps for a dinner at Mr. P’s Bistro in Southport.

The second Sunday ended, as it always does, with a very vocal crowd asking King and Ainspac to promise to come back again next year. And once again, they did. 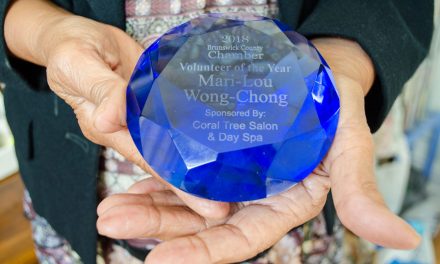 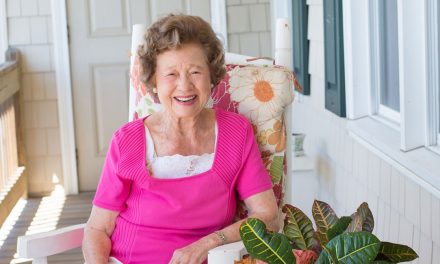