Old Baldy. Even as it ages, it becomes more majestic. It has defined not just an island but a lifestyle. Today the lighthouse on Bald Head Island beckons travelers, and as they arrive by ferry into the harbor, it welcomes them to a quiet haven.

Old Baldy didn’t always have such a position of honor, nor was it always an icon. For much of its life it was simply known as a functional lighthouse leading ships to the mouth of the Cape Fear River. This year, Old Baldy celebrates its 200th birthday. It has maintained its original form and location throughout two centuries and has weathered (literally and figuratively) a lot to keep standing in its place of prominence.

Daniel Way built Old Baldy at 110 feet tall and with 108 steps in 1816 for just more than $15,000. Yet Old Baldy was not the first lighthouse on the island. The first Bald Head Island lighthouse, commissioned by Thomas Jefferson, was begun in 1789 and was lit at the end of 1794. In 1813 it was destroyed by erosion and eventually ended up underwater.

The government worked quickly to replace the original lighthouse. It was clear that ships needed navigation assistance through the mouth of the Cape Fear River and into the port of Wilmington. Those familiar with the waters around Bald Head Island may be interested to note that neither Old Baldy nor its predecessor was intended to light Frying Pan Shoals.

Way’s construction of Old Baldy, which is 36 feet wide at its base and tapers to 14.5 feet, consisted entirely of brick that was covered with stucco. For years the lighthouse keeper would whitewash Old Baldy, which gave it the bright white appearance we see in old photos.

As ships’ speeds increased, lighthouses needed to be seen from farther away. Down the way from Old Baldy, the Cape Fear Lighthouse Station was activated in 1903; as a new model it was built out of steel, was much taller and was much brighter. It was eventually replaced by the powerful Oak Island Lighthouse and demolished in 1958.

Eventually Old Baldy was deactivated, too, and in 1935 it was abandoned altogether. Yet as Old Baldy didn’t pose an active navigational hazard, as was the case with some old lighthouses, it was left standing where it is today. As the lighthouse sat neglected, stucco fell off in patches, leaving behind the unique look we love today.

Surprisingly, Old Baldy remained in private hands until 1985, although it was listed on the National Register of Historic Places in 1975. In 1985 the Mitchell Family started The Old Baldy Foundation, Inc., a 501(c)3 not for profit organization, and donated the lighthouse and surrounding grounds to the foundation. Since that time the foundation has been tireless not only in efforts to maintain the piece of history left to them, but also to educate visitors from around the world.

“Old Baldy is an icon for the island and for the state,” says Chris Webb, executive director of The Old Baldy Foundation. “It is our responsibility to be good stewards of history.”

Bald Head Island Lighthouse on the coast of North Carolina

Old Baldy has done well as an icon, too. More than 28,000 visitors come to see it every year, and the foundation estimates that 50 percent of those are day visitors to the island. Beyond its historical significance, Old Baldy can simply be fun to visit. Visitors can climb to the top during the proper seasons, and then enjoy the shops, restaurants and rugged island landscape she so protectively watches over.

There are plenty of opportunities for the public to take part in the 200th birthday celebration for the lighthouse. The foundation plans festivities throughout the year, starting with the Old Baldy Birthday Party on April 15.

“This is a great opportunity for our neighbors and those who live here to visit and see Old Baldy themselves,” says Amy Alcocer, event and development coordinator for the foundation. “If you’ve never been to Bald Head Island, now is the perfect time to come.”

Dancing with the Brunswick Stars 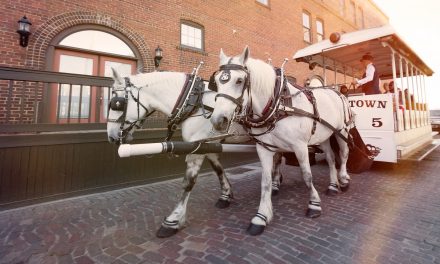 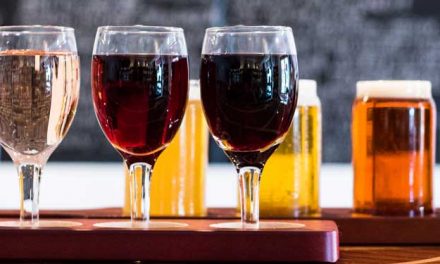