If they could get a table, that is.

We visited on a Tuesday evening at 6:30, and there wasn’t a table to be had, plus the entire bar was packed with devoteés of owner Michael Harris’s establishment. True, we were “in-season,” but I suspect the crowds are a pretty regular thing all year long.

The host pointed Mike Harris out to me as we waited for some group, any group to get up and go about their lives. Harris was fully engaged, bustling around, carrying food out to the bar, talking to customers and monitoring the activity. When an owner does that, it’s usually a good portent of things to come. 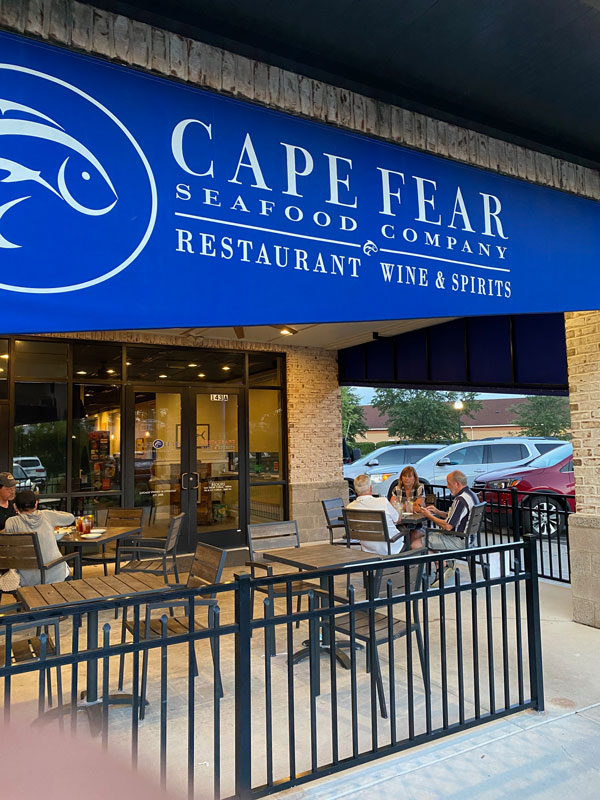 He and two other owners, Bill Scott and Jackie Foust, run three Cape Fear Seafood Company (CFSC) locations: Monkey Junction, Porters Neck and the Waterford location in Leland, where we dined. All three came up through the ranks, so they know what needs to happen to have satisfied customers.

Bob and Lorraine, for example, who waited with us, told me they visit a few times a week. Their glowing reviews about the caliber of the food and service predicted a solid experience for the four of us.

Manage Mark got our table ready after just a 10-minute wait, and the adventure began.

Kristin, our server, was friendly, informative and efficient. In fact, it was on her recommendation that I ordered the aforementioned Shrimp and Grits. “Our Shrimp and Grits dish was named to the top five list anywhere in NC,” she avowed. As it’s one of my favorite dishes, I’d see, if her description — and the honor — was deserved, I told her.

And it was: plump, perfectly cooked shrimp in an incredible low country cream sauce with applewood bacon, tomatoes, scallions and mushrooms over perhaps the best cheese grits I — or anyone at my table — ever had, since I was pressed to “share.” It’s a definite winner and must have, if you’ve a hankering. 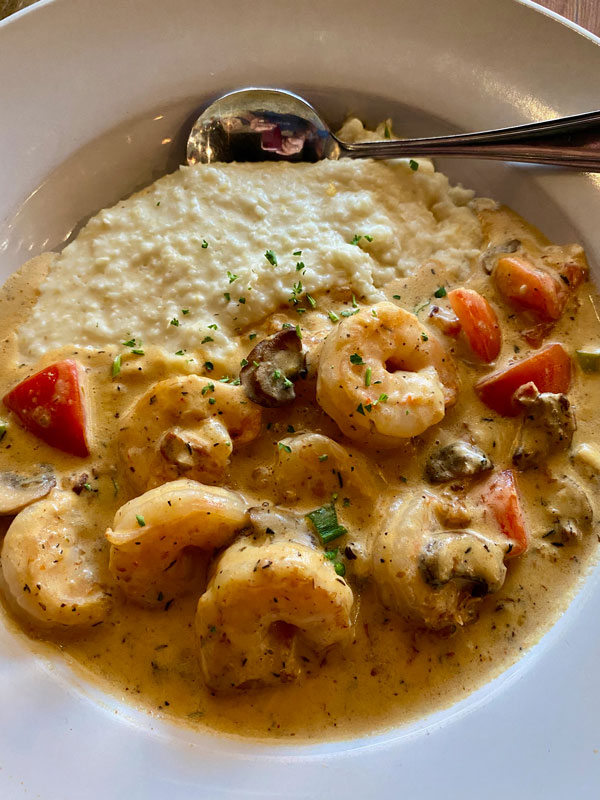 Mike Harris told me it takes an hour to make his grits, and that care and attention showed in the result. But my dish wasn’t the only show-stopper.

Lisa, a salmon connoisseur who has ordered the dish everywhere, gave her salmon dish exceptionally high grades, ranking it close to her #1, which is to be found in New Jersey. My missus also had high praise for her blackened mahi dish, and Ray ordered a fried flounder platter that, along with the fries, hush puppies and cole slaw, could have fed three people. He took more home than he could eat at the table.

That wasn’t an issue with my Shrimp and Grits. I even used bread to sop up the low country cream sauce that was left in my bowl. And, no, I wasn’t embarrassed to be seen doing it.

There is a wide variety of cocktails and other libations available, and the beer list, while not overwhelming, had some really quality choices. For example, The Radio Haze from NoDa Brewing (OK, two of them) was a perfect complement to my dinner. And we lucked out to learn that a nice variety of wines were on half-price bottle specials on this evening. 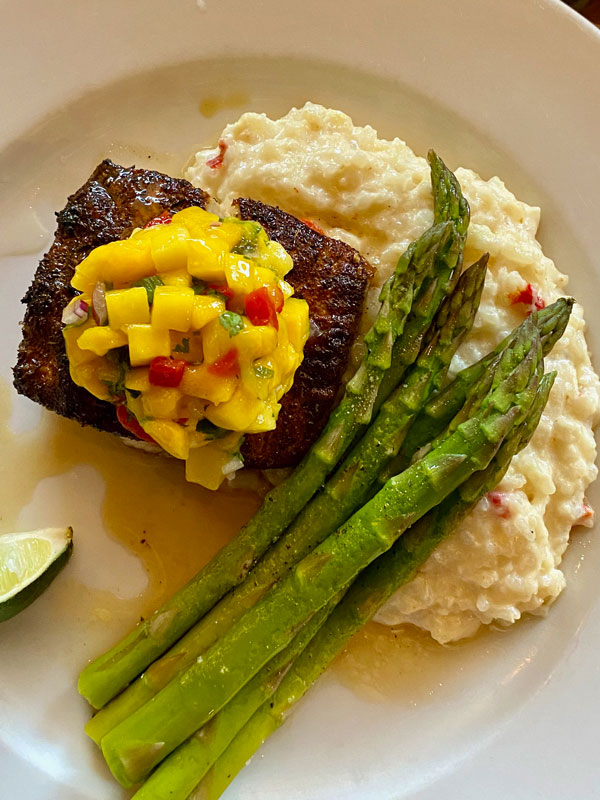 There’s a thoroughly pleasant ambience to the place. It’s clean and nicely appointed with seascape and other “nautica” visible, and there’s also an outdoor dining space for those so inclined. There are lots of reasons the business has won so many awards. Check out the “Our Story” page on their website to see their awards.

There are many choices available on that menu, too, and not just for seafood lovers, though the crab cake offerings look amazing. And when I return — which I definitely will — I’ll be tempted to try the jambalaya, the lemon pepper sea scallops and the New Bedford scallops.

Tempted. But not committed.

Because the memory of those Shrimp and Grits lingers. 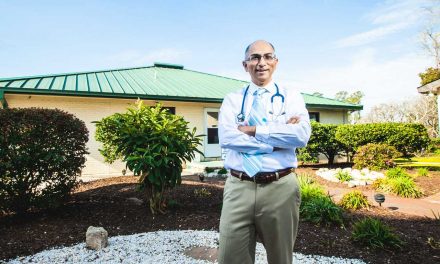 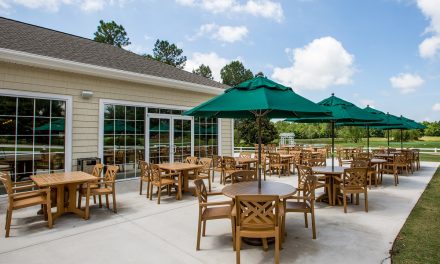 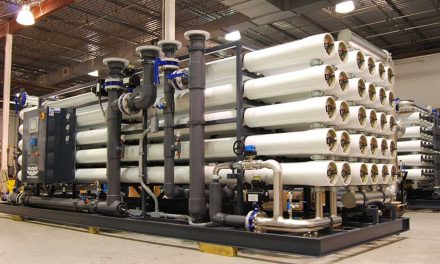 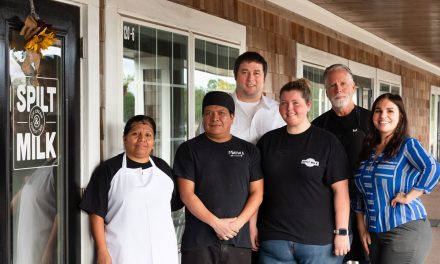