There is something almost sacred about running in the mud. The feeling of the wet earth dripping from your hair as your feet pound the ground and you ascend a steep, slippery slope, being chased by a crowd of fellow enthusiasts on a 5K course.

Maybe you prefer firing a rifle down a 300-yard range, shooting skeet, hunting pheasants, deer, or wild hogs, or competing in a 3-gun sportsman challenge.

If any of these scenarios sounds like paradise, Low Country Sports in Calabash is for you.

For the past three decades, Brunswick County has been touted for its beaches, professionally designed golf courses and seafood restaurants. Local high-school sweethearts Todd Dawkins and his wife, Alicia, are very proud of that history. But over the past few years, they recognized the need for a venue for folks who appreciate the many great outdoors sports in addition to golf and fishing. The couple founded Low Country Sports in January 2013, when they received their Federal Firearms License.

The sports store is the base of operations and offers guns, gun accessories, ammo, hunting and fishing gear, firearms safety and training classes, and outdoor sporting licenses. It is managed by Jeni McCall and Roger Grimes. The main activity, however, occurs at the 300-acre Low Country Preserve located 15 minutes away in Pireway, just across the Waccamaw River and the county line. The Dawkinses have owned the property for several years, hosting a private firing range for local law enforcement agencies.

“Opening the store in Calabash opened up the preserve to the public,” says Todd.

The idea of owning an outdoor adventure company was one that Todd and Alicia had tossed around and reserved for the time when they were both retired. A military veteran, Todd spent 12 years with the Army National Guard in Shallotte and then six years in the Coast Guard at the Special Missions Training Unit at Camp Lejeune, specializing in Port Security. After that, he worked as a superintendent on two local golf courses. Avid entrepreneurs, he and Alicia opened 19th Green Landscapes in 1995 with a partner, Billy Prince, and today remain involved in the day-to-day operations.

“Low Country was our retirement plan,” he says. “It just happened a little sooner than we expected.”

The name Low Country is a tribute to the fact that Brunswick County is the beginning of the American “low country.”

“From here to Georgia, the swamps and marshes put the character into the sea,” Todd says.

“We take safety very seriously,” Todd says. All hunts are guided and hunters are welcome to use the many hunting stands throughout the property. Hunting is open to members and nonmembers alike, and because it is a licensed preserve, visiting hunters do not have to obtain the costly out-of-state license.

The North Carolina controlled-hunting license is available at the Calabash store and it permits hunting on a licensed preserve.

In North Carolina, hog season lasts all year long, mainly because feral hogs can do so much damage to the forest. “We encourage people to come out and hunt a hog,” Todd says. “They really love to tear things up out here!”

The preserve is more than a hunter’s paradise. It is also home to the many animals that Alicia has rescued. A large building and fenced area provide protection from the wild hogs, coyotes and the elements for 23 cats and a dozen or so dogs. The Dawkinses also house six of their own horses as well as two donkeys. Their daughter, Darby, helps with feeding and watering the animals twice daily. She just turned 18 and is enrolled at Brunswick Community College.

“She’s an animal lover, like her mother,” Todd says. Her dad would like her to be a vet. “Then she could really help out with the animals,” he says.

Low Country’s field office is located in an eco-friendly, 1,200-square-foot log cabin that the couple built from a kit. “We are totally off the grid,” Todd says. A single solar panel at the pump house offers enough power to provide water pressure to the office, the animal shelter and a rental cabin on the other side of the obstacle course. There are no lights, heating or air conditioning in the office.

“The original cabin kit came with a garage that we didn’t need,” Todd says, “so we modified it into another cabin.” Eco-friendly as well, the two-bedroom cabin in the woods is located beside a creek and has a gas stove, gas lamps and an on-demand gas hot-water heater.

The preserve hosts a variety of classes and events throughout the year. Every other week there is a concealed carry class. The instructors are licensed to teach for both North Carolina and South Carolina concealed carry permits. The majority of students are women, so Low Country plans to add a chapter of the national Well-Armed Women club, a group dedicated to educating and empowering women shooters.

“We educate and train our customers from the moment they want to purchase a gun,” Todd says. “The staff makes sure first and foremost that the gun fits your hand. Then education is essential for new gun owners.”

The popular 3-gun shooting event is growing at the preserve. Sponsored by Brownells, the events include a course of pistol, rifle and shotgun shooting. Local company Del-Ton of Elizabethtown is eager to become a sponsor. The AR-15 manufacturer showed its new rifle at a recent event. Del-Ton representative Megan McKnight was impressed with the turnout. “We would like to become a sponsor,” she says. “It is important for us to have local input on our product.”

Perhaps the preserve’s most popular event is the 5K mud obstacle course, which begins at the office. A dirt road leads through the forest to 20 obstacles, including monkey bars, hay bales, inclines and hurdles.

“Everyone loves the 10-foot drop into the lake and the swim across,” Todd says.

There are also ropes, a cargo net, barbed wire, ladders and the grand finale, which is a 30-foot waterslide into the lake.

This year they are hosting six True Mudd 5Ks, culminating with the Championship race — the Muddy Oyster 5K, a part of the North Carolina Oyster Festival at Ocean Isle Beach in October.

The obstacle course record stands now at 36 minutes. There is a $1,200 reward for beating that time, and by October the reward will grow to $2,500.

“But by October, it might be nearly impossible to beat that record,” Todd says. “We are always looking to increase the level of difficulty.”

One event at Low Country that is near and dear to Todd is the Veterans Day celebration.

“We really want to give back to vets, because they gave our country so much,” he says.

In 2013 the first Veterans Day event brought out 300 visitors. There were classes, a flag ceremony, vendors and a special appearance by the “Sons of Guns” television production, which brought 14 antique automatic weapons for the veterans to fire on the ranges. In 2014 the event is growing to include a competition barbecue as well as additional courses in self-defense, first aid and karate. Henry Rifles has already donated a military special tribute edition .22LR rifle for a raffle. All proceeds from the event will be donated to a veterans’ charity.

A year into the business, the growth has been nearly overwhelming to Todd and Alicia. Thanks to the hard work of their helpful staff and troupe of 10 local volunteers, the work gets done.

“We really rely on Jeni’s calendar to tell us where to be!” says Todd.

Adds Todd: “We get to work outdoors and meet amazing people at really fun events and sometimes there is mud involved — you can’t beat that!” 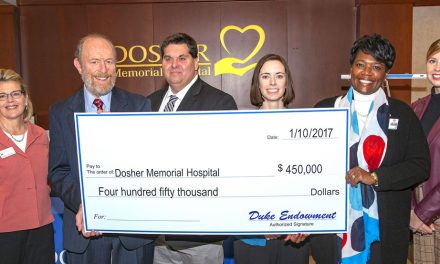 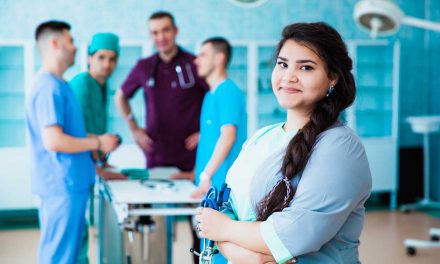