James Lane, the restaurateur behind four of southern Brunswick County’s most popular eateries, spills some of his secrets to success.

Owning and operating two Italian restaurants in southern Brunswick County — Angelo’s and Maria’s — qualifies James Lane as a successful restaurateur. Opening two additional eateries in the summer of 2021 elevates him to extraordinary businessman in extraordinary times.

Lane would deny that there’s anything special about his business smarts because his approach is so basic. The secret, he reveals, is “daily organization, staff accountability and finding the best in the people I employ.” 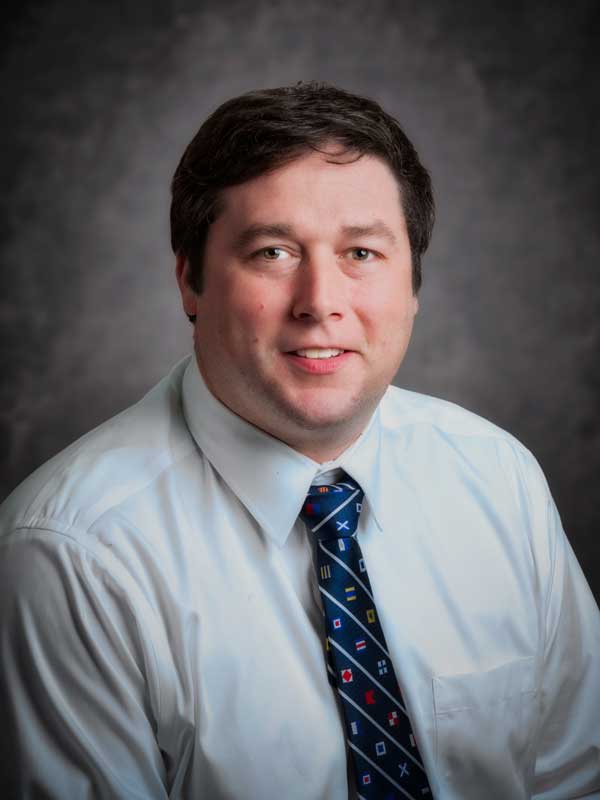 Lane identifies three of his basic beliefs in management: “Prepare a daily task list, organize your day’s work and hold your staff accountable to their assigned jobs.” He firmly believes that most workers want to do well, and managers must see to that. He asks them to hold their workers accountable while showing them the dignity and respect they deserve.

After completing high school, Lane worked as an assistant golf professional in Myrtle Beach and took shifts in restaurants at night to supplement his income. He became intrigued by the restaurant business and gave notice to his head pro, Brian Floyd, in 2003 that he was leaving golf to partner in a restaurant. He still recalls Floyd’s caution: “Prepare to be at work holidays and weekends.”

Lane already had prepared himself for that sacrifice and more while learning about restaurant operations. When the 2010 economic downturn hit, he was able to emerge from the partnership and gain independent ownership at Angelo’s Pizza and Bistro in Shallotte. 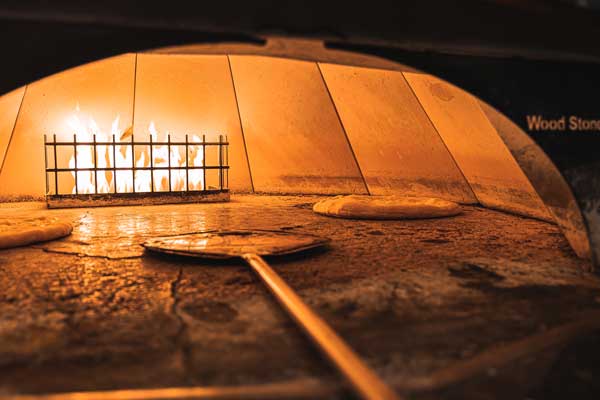 Although Lane did not attend a culinary school, he earned an associate’s degree in food/beverage management locally. His real-life education about the industry for hiring staff, developing menus and the day-to-day running of a restaurant was learned through many channels. He carefully observed everything that took place in restaurants while working long shifts from server to cook to front manager. He read and still reads self-help books and management techniques. Most importantly, he notes, he followed the valuable work ethic set by his parents, Eddie and Donna Lane. His father was an employee in the textile industry, while his mother worked with United Way. They were and still are his role models to success.

Aware of the competition in the Calabash area, Lane sought unique ways to make the food at Angelo’s special.

He traveled extensively to many regions of Italy, meeting chefs, learning cooking secrets and bringing authentic Italian recipes back to his kitchens and chefs. He educated himself in wine pairings and specialty dishes and won awards as Brunswick’s Best Italian Restaurant in 2014, 2015 and 2017. Angelo’s and his later restaurant, Maria’s Pizzeria in Ocean Isle Beach, were both doing well, and then the sudden closures of 2020’s pandemic ground businesses to a halt. 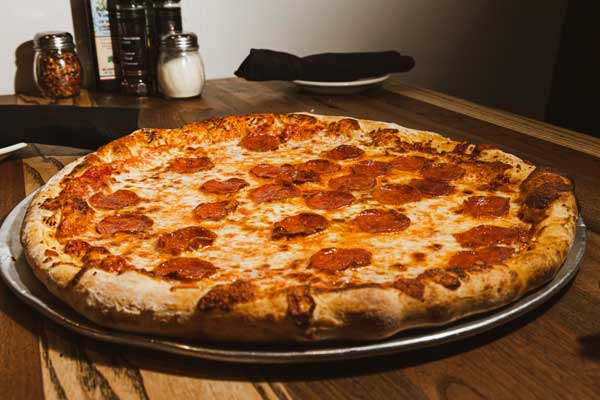 Admittedly stunned by the ordered closing of his restaurants in 2020, Lane took time to review his options and reboot. After a two-week period of personal healing, he renewed his confidence in the community and his optimism that the pandemic would be short lived. Lane knew that his customers were still out there and sought ways to meet their needs. He reviewed staff positions and retained as many as possible, believing that the closings would be short lived. Cooks remained, and most of the staff were kept on payroll. Managers and staff were told to clean tables daily, sweep floors as usual and follow the safety rules for curbside service as their survival tool.

Although the pandemic brought about many business closures, Lane’s restaurants stayed open.

As business restrictions relaxed in 2021, Lane looked first to recover and then to expand by continuing his plans to open two new businesses with completely different themes. Macie and Ethel’s Country Kitchen explores the area’s appetite for down-home, Southern-style cooking with homemade recipes. The other venue, Spilt Milk, features the ultimate comfort foods of homemade signature donuts, gelato and ice cream. Keeping it authentic, the donuts are crafted behind a brightly lit glass partition in the back of the store. 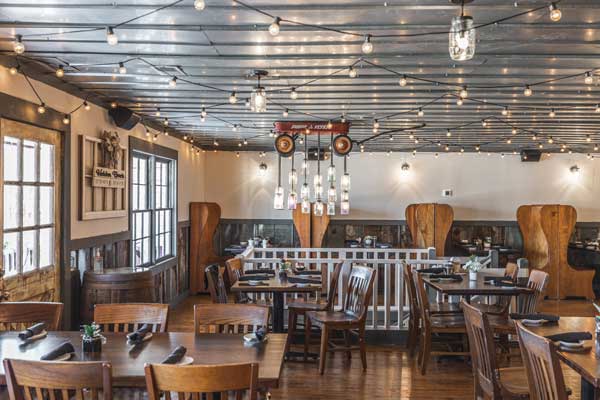 Moving ahead with two new businesses during a pandemic is heady stuff, but Lane takes it all in stride.

“Failures and mistakes are learning opportunities,” Lane says. “Failures are blessings in life because they set us free to run our business as learning experiences. They are mental not physical obstacles.”

Lane’s advice for entrepreneurs looking to find their way into business is to prepare for some difficult times the first few years. He says that having passion for the business, being willing to do the hard work and keeping a solid work ethic are critical components of success.

He adds that a major piece of his management style is keeping the communication ladder going in both directions.

“As an owner or manager, understand that workers may have bad days, but don’t use that one instance against them,” he advises. “Grade the worker on a good day and catch him succeeding.” 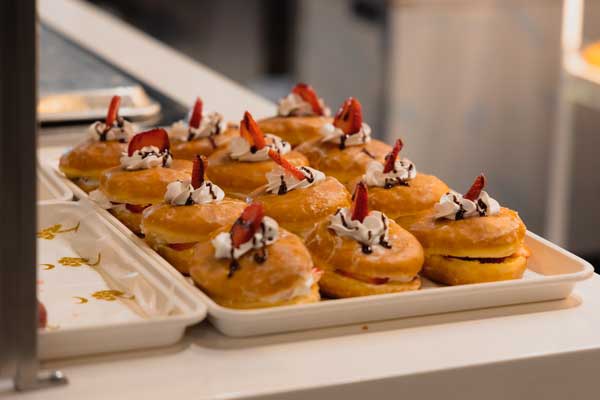 His managers are trained to keep him informed throughout the day, knowing that ultimate decisions rest with him. And the management style seems to be working; workers in his restaurants say Lane is “great to work for,” “easy to talk to,” and “understanding and compassionate if you have a family issue.”

As a successful entrepreneur, Lane recognizes his role in giving back to the community. He honors that belief by participating in local fundraisers for deserving organizations.

“In the culture of restaurants, giving back is part of our DNA,” he says. “We try to help whether it is a benefit dinner for local schools, Harbor House, Novant Health, First Tee or others.”
Success for James Lane may not have come immediately or easily, but the self-discipline and positive attitude he brings to his daily work were always there. 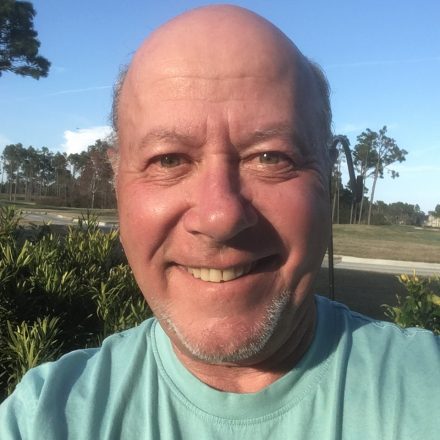 I am a retired New Jersey high school and middle school English teacher/supervisor of 30 years. My wife, Valerie, and I have lived in St. James for the last eight years and enjoy the friendships we have made here. In addition to freelance writing, I enjoy hobbies like golf, playing guitar and yard work. Valerie and I are serious road warriors, visiting our daughters and grandkids in Chapel Hill, North Carolina, and Albany, New York. Writing for South Brunswick Magazine and North Brunswick Magazine gets me out into the local areas to meet people, and I love sharing their special talents and interests with readers. 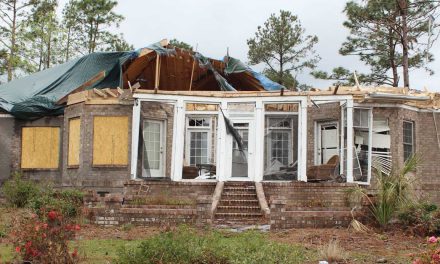 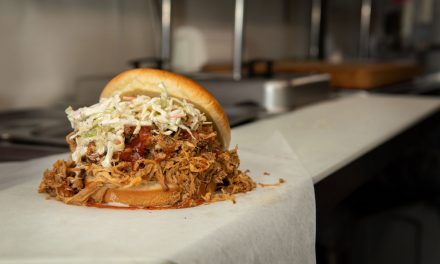 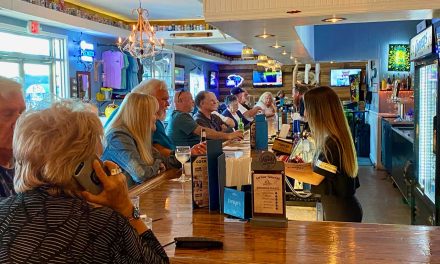