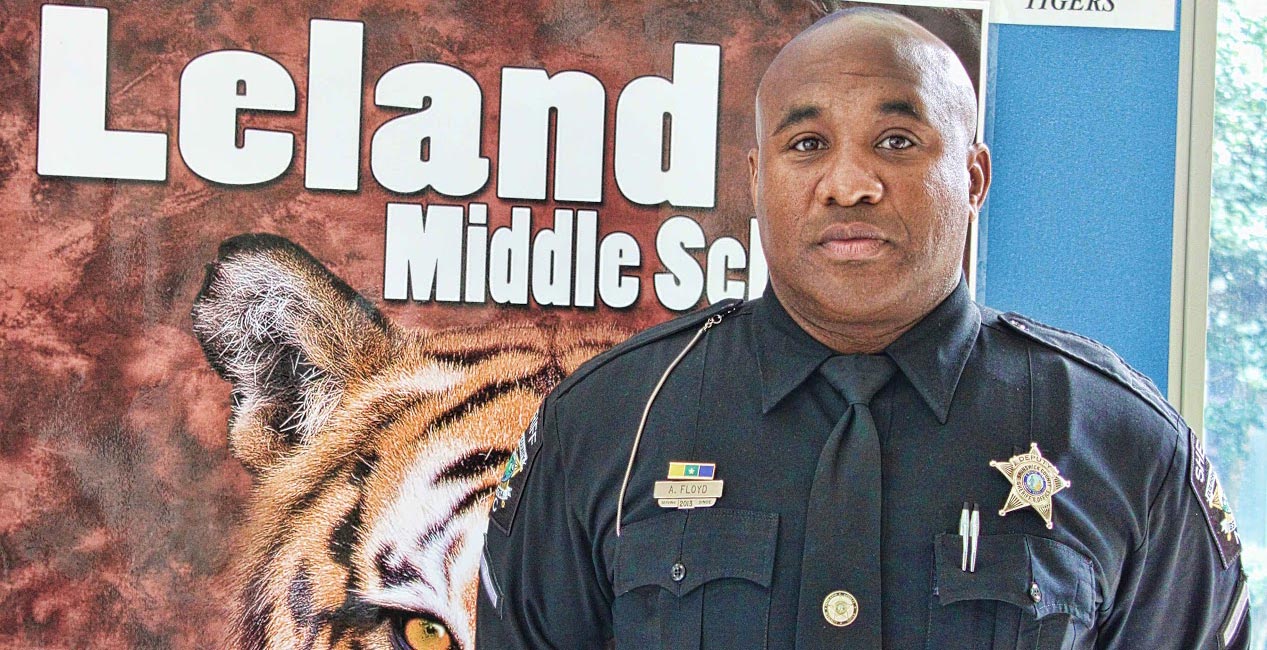 As every parent knows, mentoring a child means more than keeping them safe. It means caring about them, listening to them and, sometimes, making them laugh. The School Resource Officer (“SRO”) at Leland Middle School is a dad and knows this. It is also what makes him an exceptional mentor to the middle schoolers he tends.

Deputy Arnold Floyd clearly has a special relationship with the students. They stop him in the cafeteria to share stories, they come to his office during the day to check in. Seeing Deputy Floyd makes them feel safe and accepted. And, surprisingly (or not), some of the students who talk to Deputy Floyd the most are the ones who he, at one time are another, had to reprimand.

“I am here to help the children,” Deputy Floyd says. “I am here for them, to build a relationship.”

Some of the kids in the past even started calling him ‘dad.’ 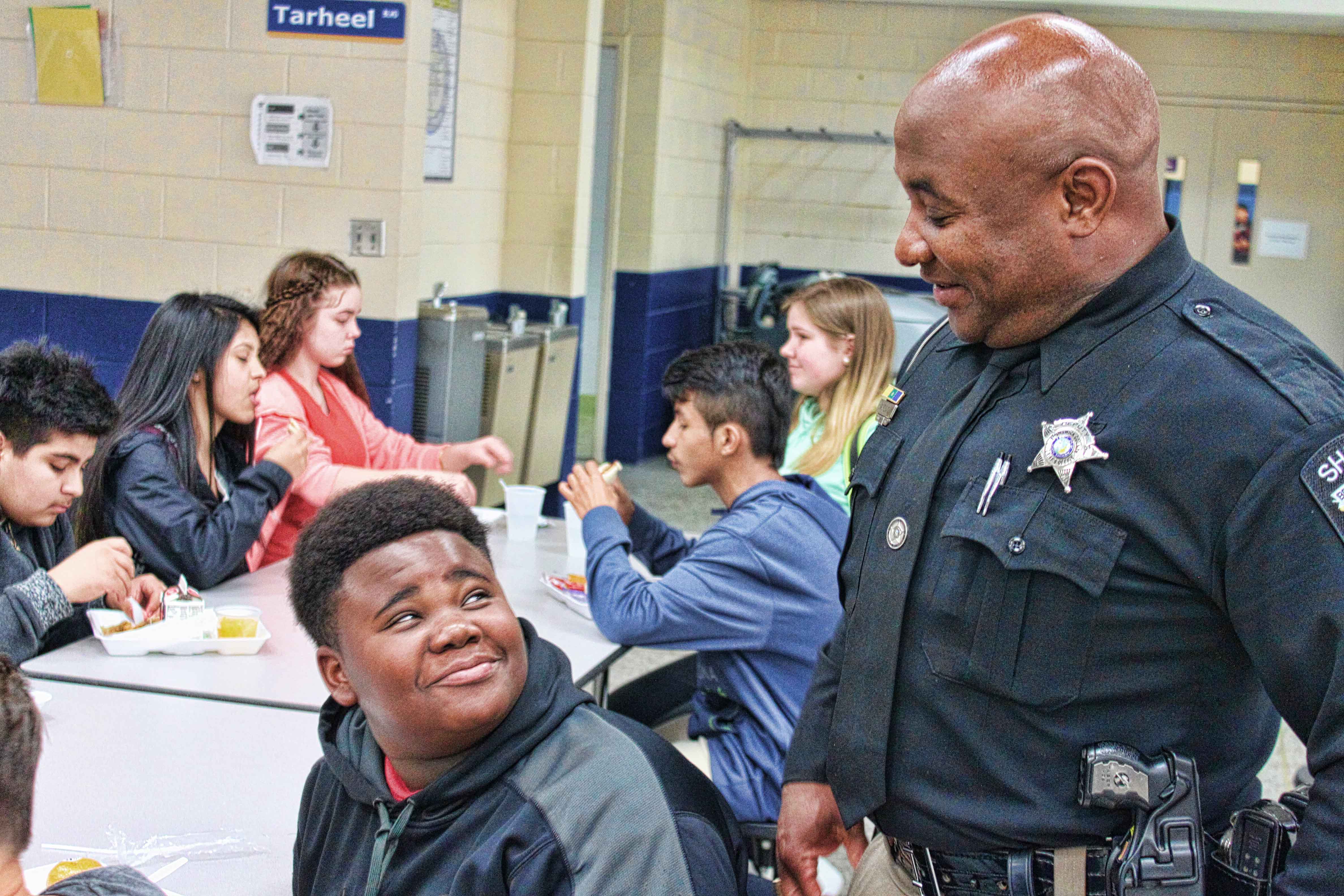 Being an SRO is a big job that tasks the deputy with ensuring a safe environment for the kids to learn. This includes monitoring the perimeter of the school, directing traffic at critical times, being vigilant in the cafeteria at lunch time, making sure campus is secure, and dealing with particular incidents as they arise. Keeping middle school students safe isn’t just about protecting against external threats but sometimes about protecting students from themselves.

“As a dad, a sports coach, and someone with a child at Leland Middle School, I understand a lot of what these kids are going through,” Floyd shares. “I think about it as a parent and I encourage them to follow the rules.”

For Floyd, being an SRO is more than job, it is a calling. Floyd has had an unconventional career path and worked his way up the ranks of BB&T, even without a college degree. He started as a janitor and decades later was a relationship banker, fully trusted by BB&T. Unfortunately, when they made employee cuts in 2012, Floyd found himself without a job. He saw it as a chance to follow his long-held desire to become a state trooper.

Floyd, a Whiteville native, was a road deputy in Columbus County but soon transferred to Brunswick County. When he saw the opening for the SRO at Leland Middle School, he applied. He started in Fall 2014 and has been there for three years now.

Leland Middle School Principal Patricia Underwood has seen many SROs during her time as an educator, but knows that Deputy Floyd is different. 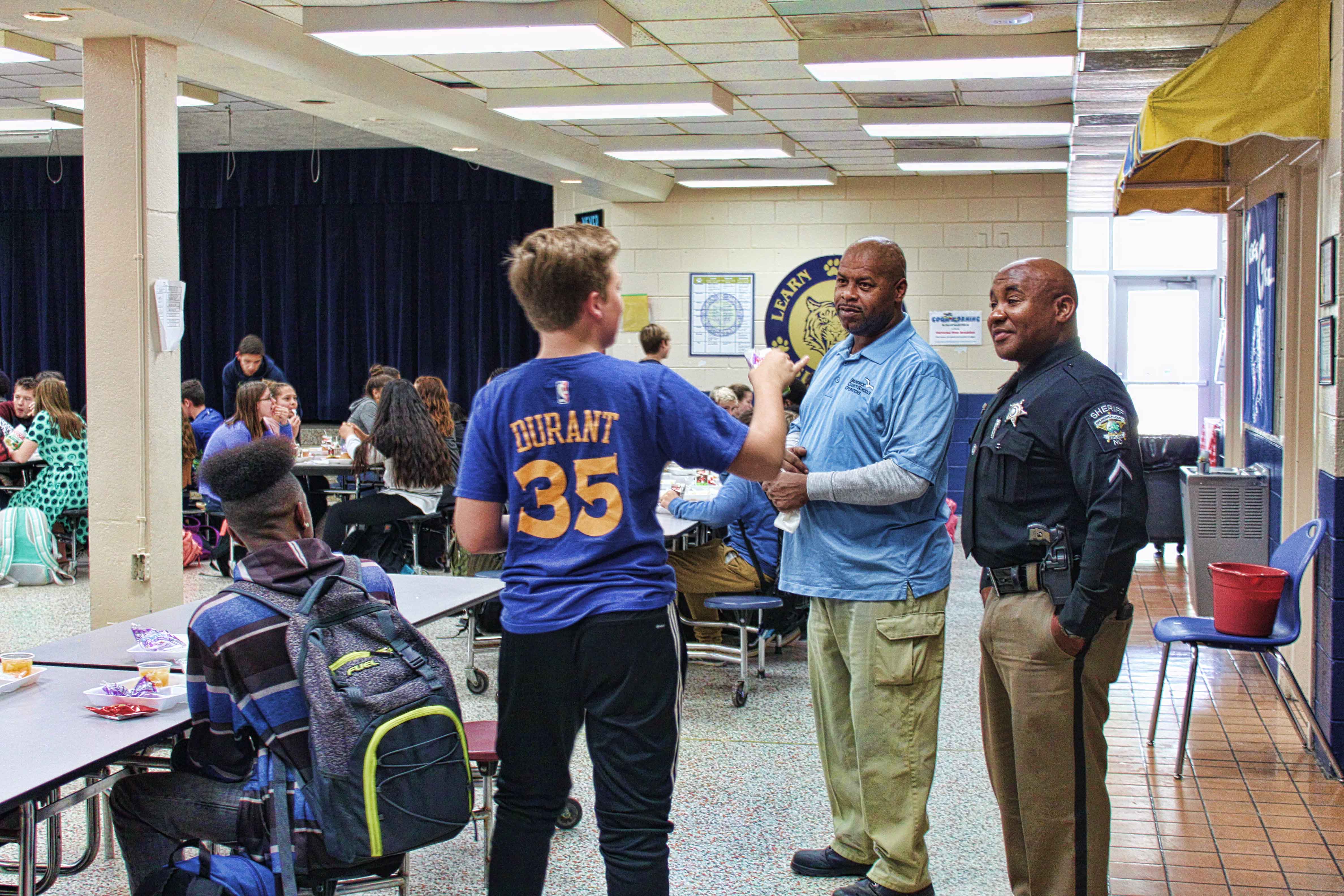 “His natural demeanor is calm, sweet and kind,” Underwood says of Floyd. “Kids feel validated as a person around him. Of course, he can be serious, since this is business, but he is a counselor to them. He sees things through the eyes of a father and there is a level of understanding and empathy in him.”

While good-natured and concerned for the students, it certainly doesn’t stop Floyd from being tough when required.

It is important to him that he is fair and holds his office with the highest level of dignity. For a lot of students, the SRO is the only personal interaction they have with law enforcement and Floyd believes he can overturn a lot of negative stereotypes and misperceptions by being a positive role model.

“So many kids have this negative image of law enforcement,” Floyd says. “But I am here to serve and protect. And I love what I do. I don’t have days where I don’t want to go to work.” 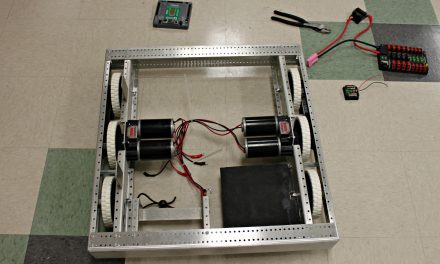 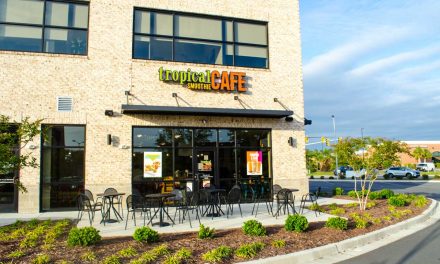 A Cool Gift of Gratitude 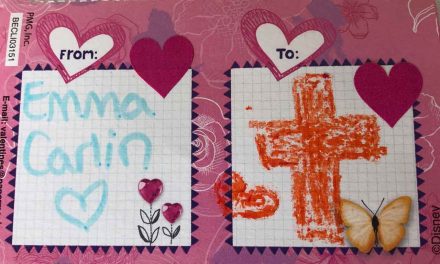