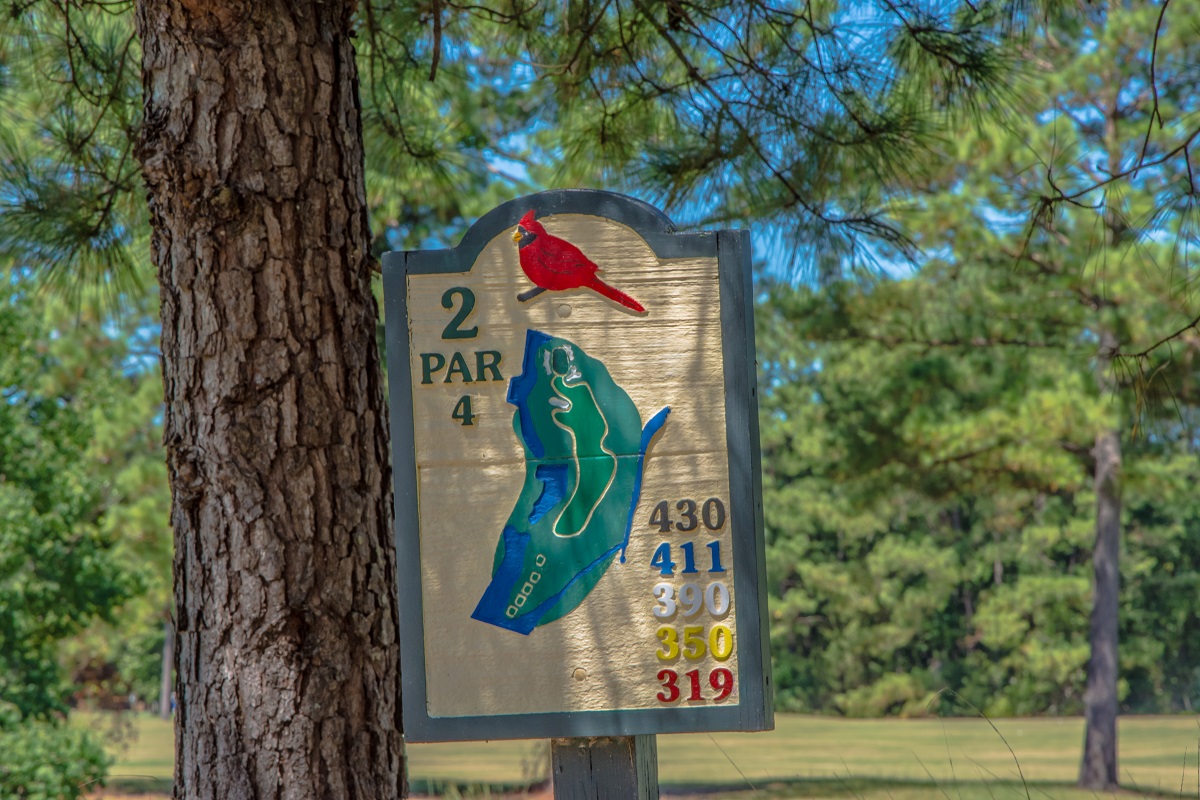 From developing Meadowlands Golf Club to their many philanthropic pursuits, W.J. McLamb and family have made a mark on Brunswick County.

It’s obvious that Teresa McLamb and her father, W.J. McLamb, Jr. share a mutual respect for each other. The two relax on the massive back porch of their family-owned Meadowlands Golf Club in Calabash. To the right lies Hole #1, to the left, Hole #18, and between is them a wide expanse of water. Trees and grass as green as sparkling emeralds encompass the background.

When I met up with them, the two were tweaking the details of the golf club’s 20th anniversary celebration, which was held last for September, and reminiscing about their roots established generations ago in Brunswick County. The McLamb name is synonymous with business in the county, and W.J., now 85, has played a major role in its development. 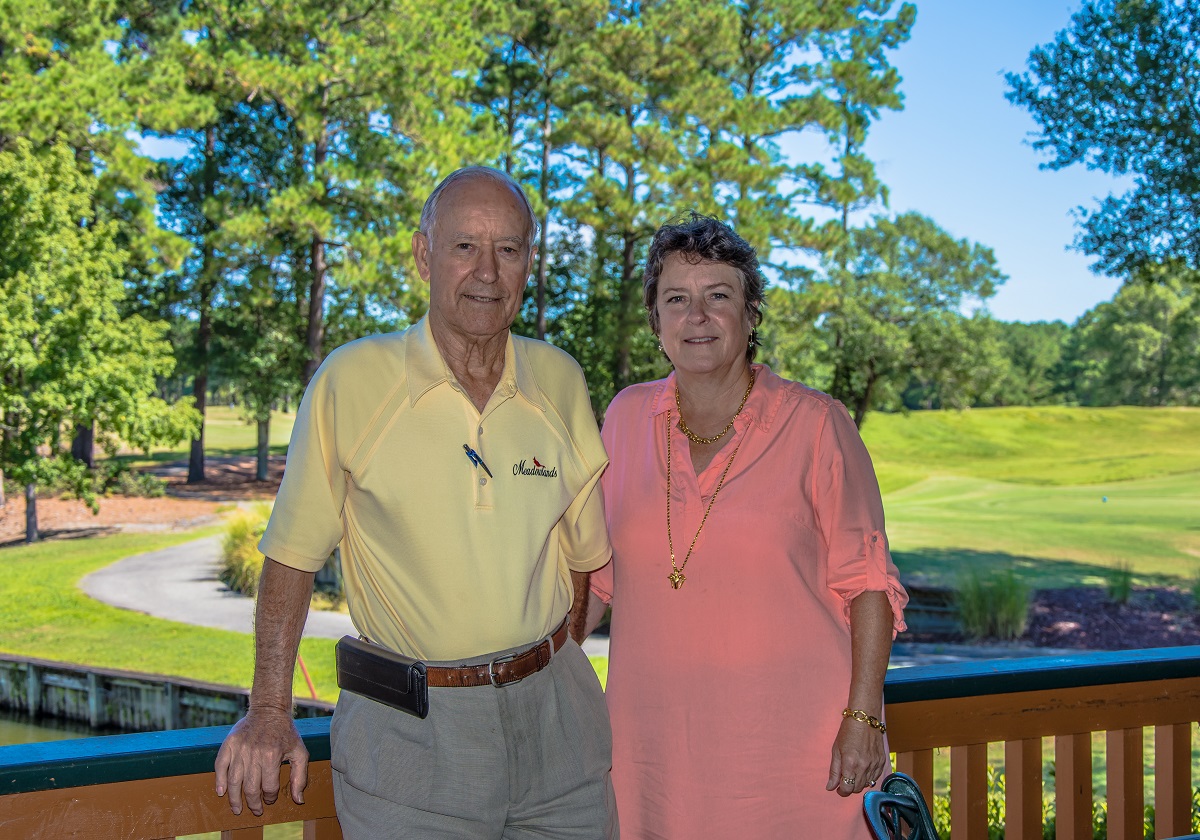 W.J. owned a Dodge/Plymouth/farm equipment dealership in Shallotte for five years during the 1950s but sold it and joined his namesake father, William Joseph McLamb, Sr. in the elder’s heavy equipment business.

Eventually, W.J. saw another opportunity. He bought land off Beach Drive near Sunset Beach, subdivided it and ran ads in the northeastern United States to sell off the parcels. He called his subdivision Bonaparte’s Retreat and intended it for mobile homes.

“That started a trend,” he says. After about 150 mobile units were established, he developed Bonaparte’s Retreat II for brick and mortar homes.

“I was the first in Brunswick County to do underground utilities in subdivisions,” he says. “I paved the roads, too, because I knew that needed to be done.”

Then his entrepreneurial spirit embraced another opportunity: golf courses. “The market and the economy showed you needed this kind of amenity to sell property,” he says. “My vision in the 80s was to build a golf course. My idea was to get out of construction.” 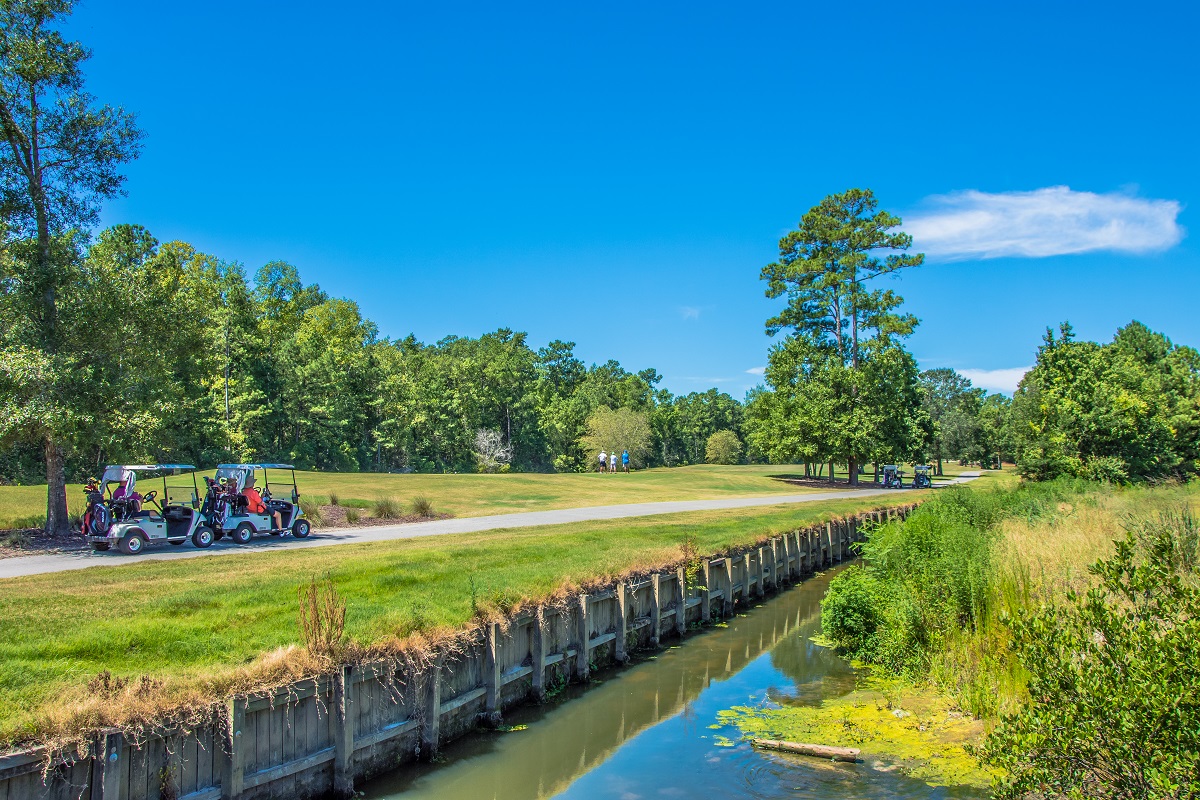 He had a stake in Brunswick Plantation on U.S. 17 in the early 1990s, but sold out to buy acreage for Meadowlands.

“It’s a family operation that gives us a relationship a lot of families don’t have,” Teresa says. She explains that her brother, Michael, has limited involvement in Meadowlands, but her lawyer/sister, Sheila, does the legal work.

He says he tried golfing at Brierwood Golf Club in Shallotte, the first golf course in Brunswick County (which closed in May 2017). “I decided to try it, but I was so busy I couldn’t play.”

Instead of golfing, the family has put its efforts into philanthropy. W.J. was the first person to set up an endowed scholarship at Brunswick Community College (BCC).

“We had the biggest scholarship fund at the college until a few years ago,” Teresa says.

W.J., Sheila and Teresa have served multiple terms on the college’s foundation board. Teresa is currently its vice president, and W.J. is board member emeritus. Building D at the BCC campus in Bolivia was named W.J. and Sybil McLamb Building in 2012. Teresa also wrote a history of the college.

“It was an honor to have them ask me to write it,” she says. Teresa earned her bachelor’s degree in journalism from UNC-Chapel Hill and her master’s degree in English from UNC-Wilmington.

The family has been active on the Brunswick County Chamber of Commerce board, and Teresa was a founding member of the Brunswick County Tourism Development Authority. W.J. and Sybil were co-chairs of the Cape Fear Hospice fundraiser, which established Brunswick House in Supply. The family has contributed to Hope Harbor Home, the organization that assists victims of domestic violence; Providence Home, an emergency shelter for teens; and First Tee of Brunswick County, which aims to help young people build character through golf. 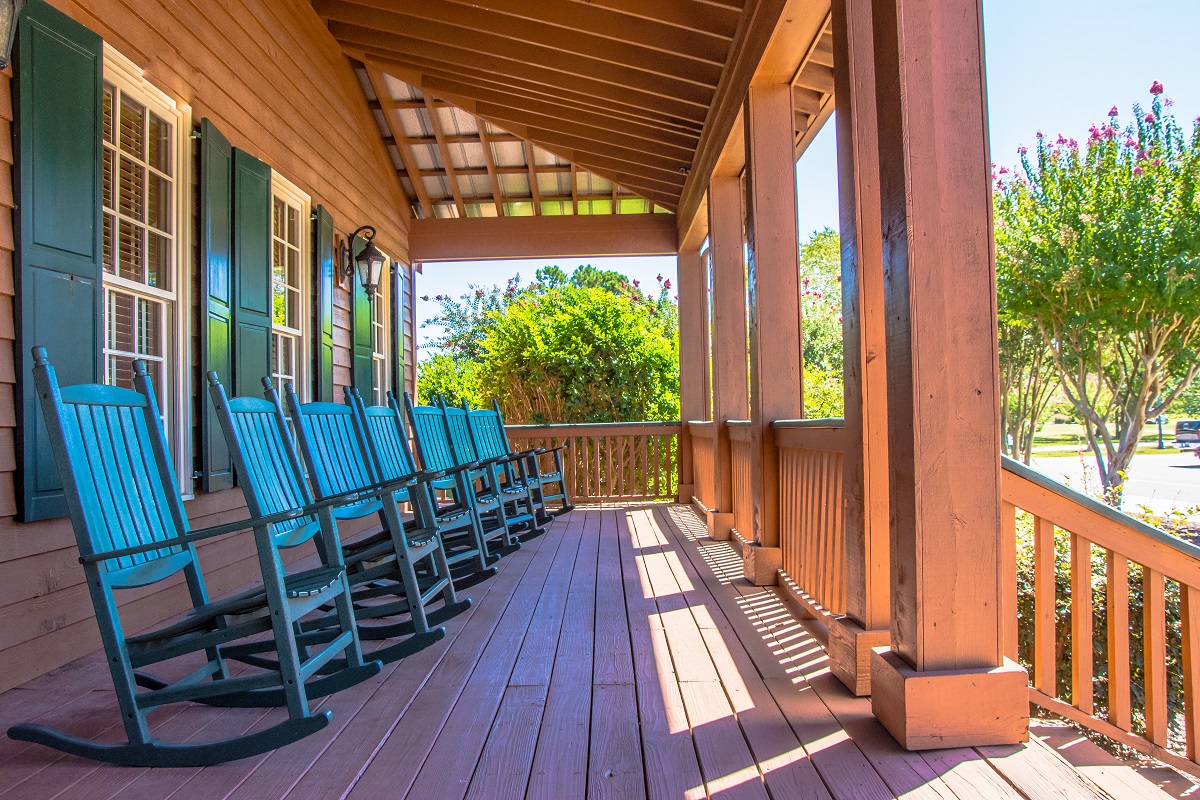 The McLambs also support Canine Angels, which rescues and trains dogs to be service companions for veterans. Canine Angels will receive a contribution from the Meadowlands Anniversary event.

Last September 20 the McLambs and other Brunswick County residents were undoubtedly recollecting how the county has changed. Teresa and W.J. say they both grew up knowing their grandparents, aunts, uncles and cousins. Teresa says her father is the oldest living member of the clan that includes several hundred members in the area.

“A.O. is a year older,” her octogenarian father contradicts.

They both agree that they are a close-knit family. Teresa has traced the family genealogy as far back as the 1700s and found 8,500 relatives. The ones that settled in the area were farmers, and many developed other businesses, evident from signs with the McLamb name on them. 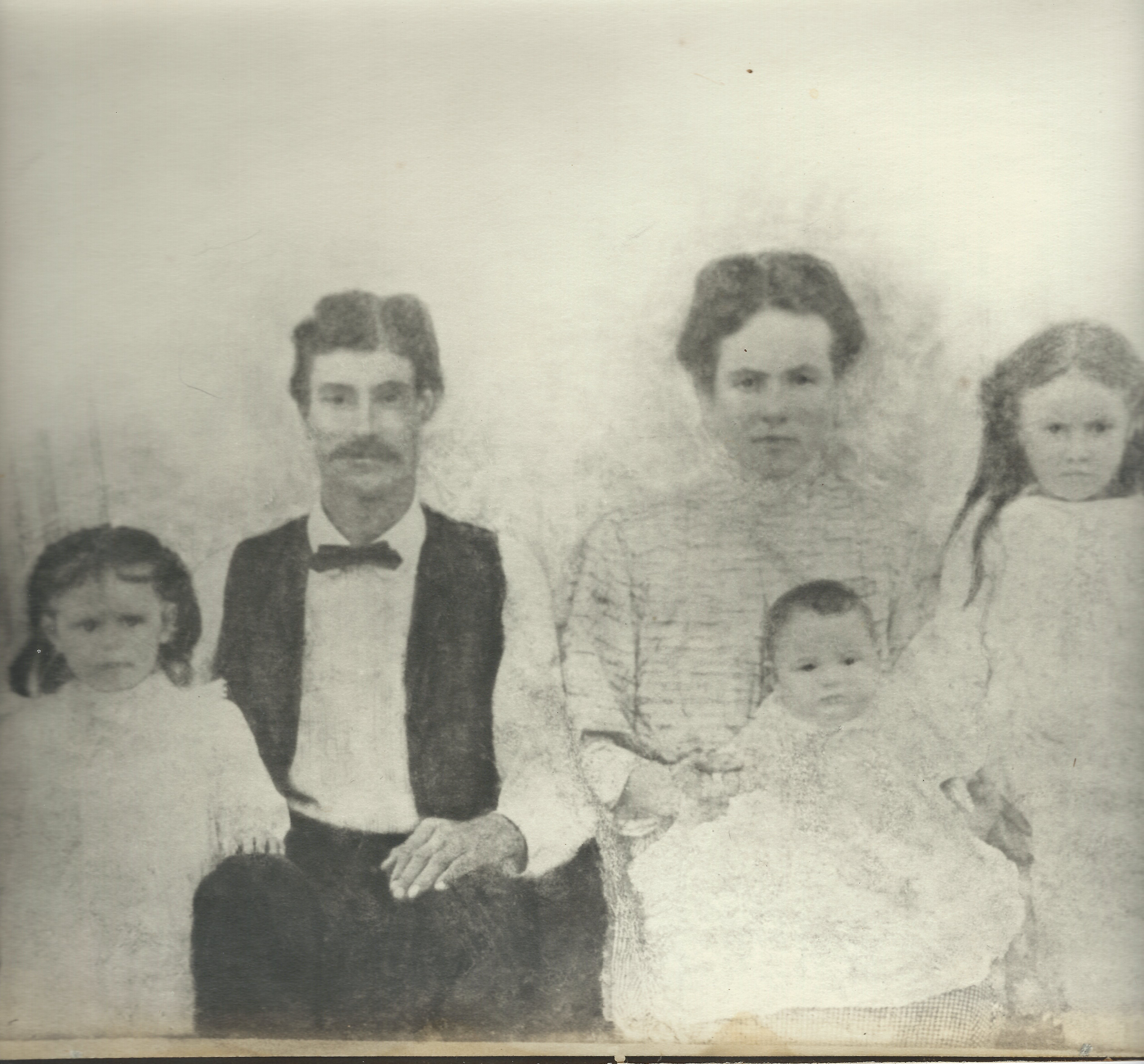 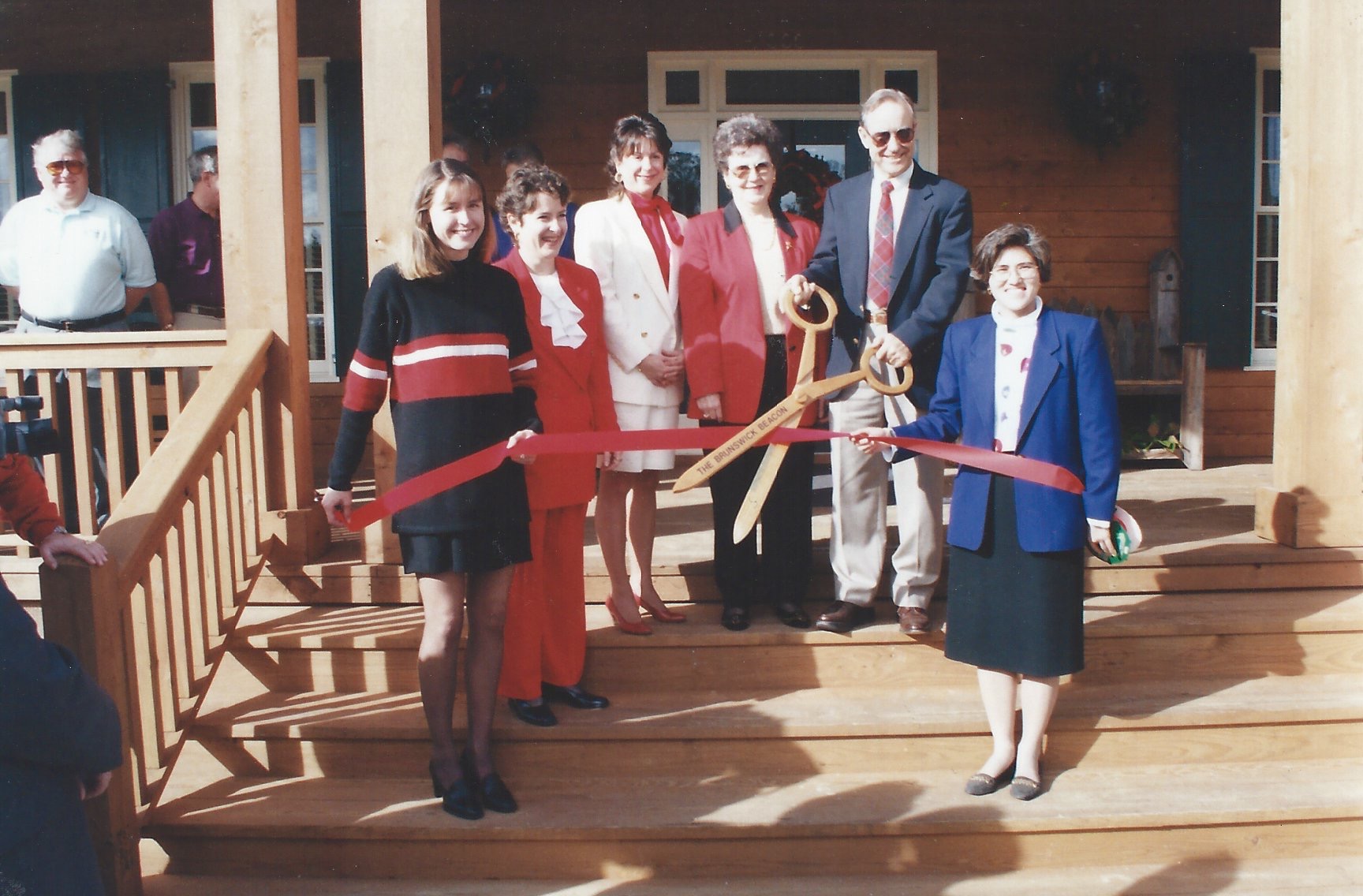 “Eight fought in the Revolution, and a lot in the Civil War,” Teresa says. Fast forward to today, and her son, Will Chandler, 33, serves in the Army.

Although W.J. wasn’t in the military, he earned his pilot’s license, kept it from 1967 to 2004 and had his own plane. “I started flying because of my job,” he says.

Today he concentrates on making sure customers at Meadowlands receive “a feeling of friendship” from the staff, and that the course is well maintained. “It’s known as being in the best condition along the Grand Strand,” he says.

Teresa travels worldwide, is writing her father’s biography and keeps abreast of happenings at Meadowlands.

They see a bright future for the course. “In three years when Farmstead has its 20th anniversary, we’ll do this again,” she says. 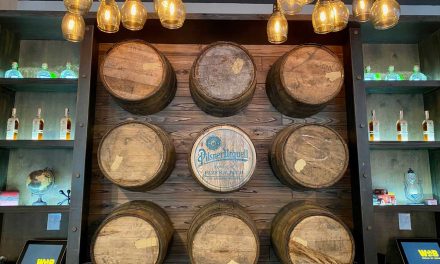 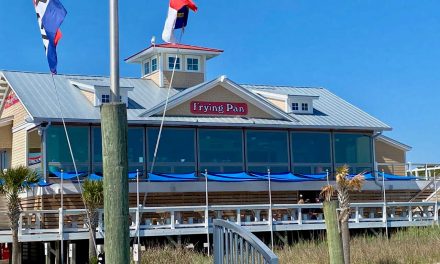