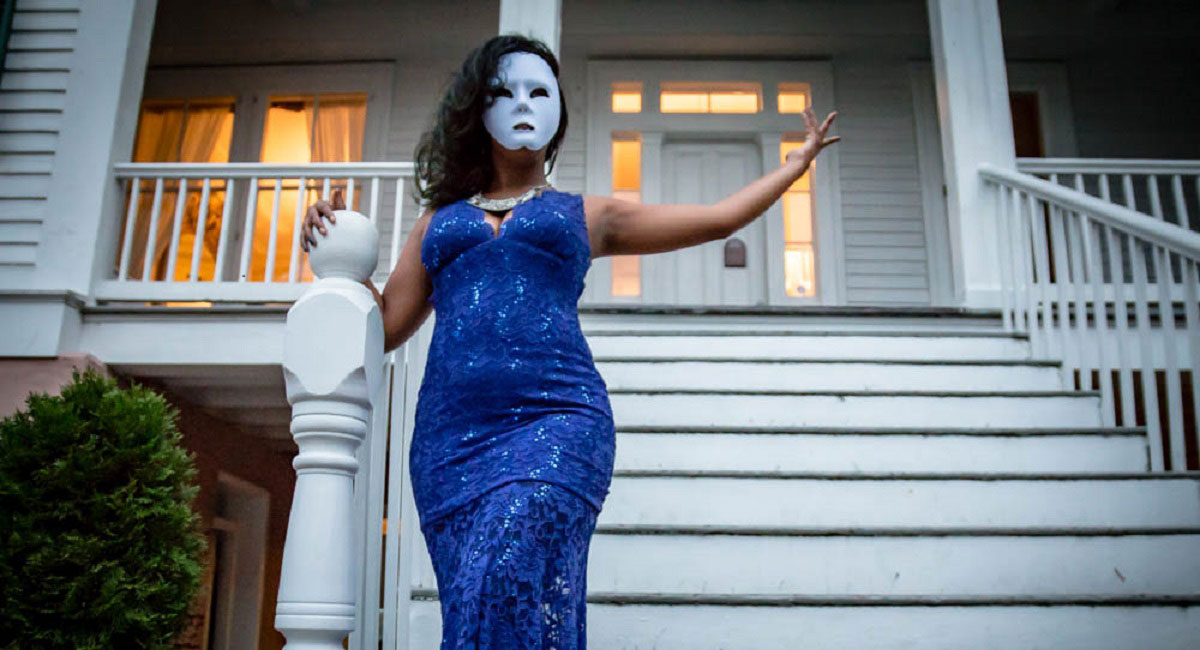 Things are getting creepy on this side of the bridge. As we crawl closer to Halloween night, more and more spooky spectacles pop up to give us a delightful fright. And no one is more happy to oblige the demand than Wesley Brown, owner/artistic director of local comedy troupe Pineapple-Shaped Lamps. Last year he and his band of merry monsters combined history and hysterics at The Bellamy Mansion Museum and Burgwin-Wright House to debut their theatrical haunted house experience with a witchy colonial tale. They’ll return for a four-night run only (October 26, 27, 28, and 31) this year with Wilmington Horror Story: Mansions of Madness—and they’ve amped it up a notch.

“Last year we really played into more of the era of both houses,” he explains. “Bellamy is the Civil War house and Burgwin Wright is the Revolutionary War house. . . . This year, you could say that it’s modern but we still play to the space that we are in—in the sense that this could be something happening today. The storylines are very much something that could have no real specific time period.” 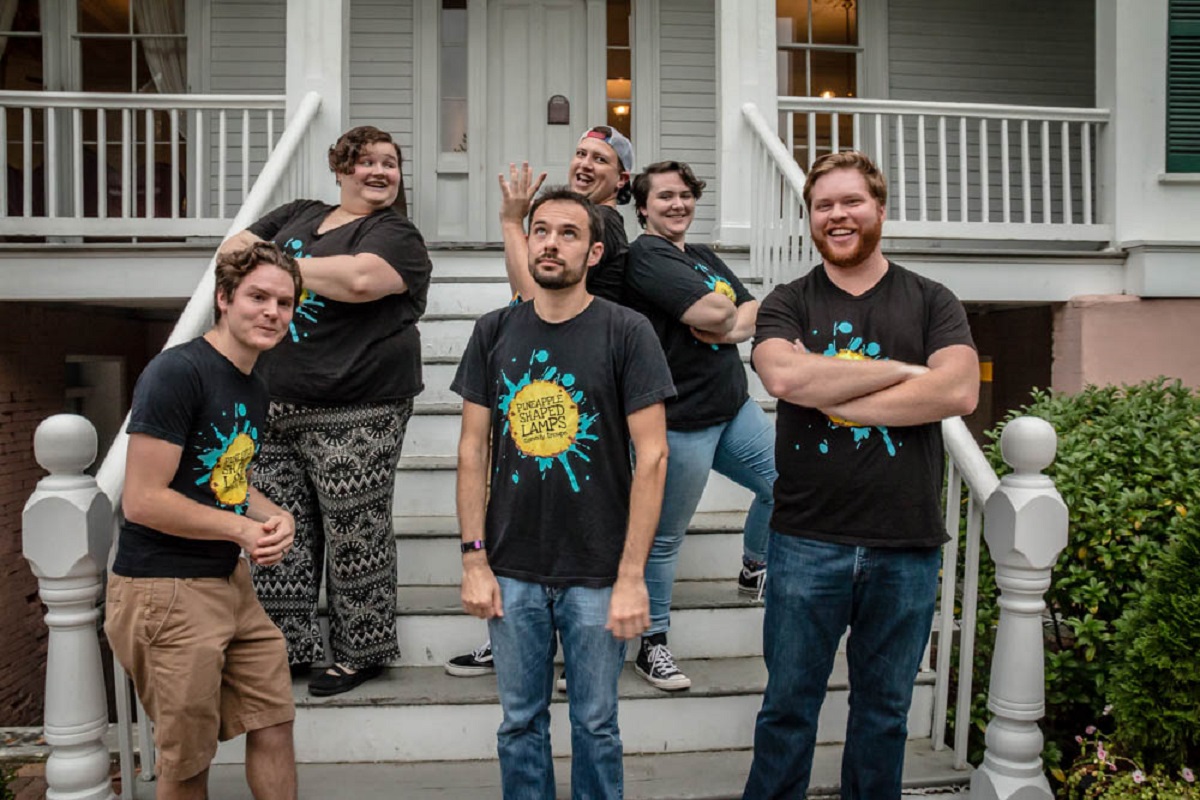 Mansions of Madness will focus on secret societies and religious cults in “The Masquerade” at  Bellamy and “Temple of the Lost” at Burgwin Wright. While each house shares a similar motif, they are under separate directors and have varied scenarios. Bellamy is playing host to a secret society illuminati masquerade, wherein the audience is snuck into the party, given masks and told to blend in. At the Burgwin-Wright House, guests are introduced to a Jim Jones-style religious order.

“The Burgwin Wright House is very much a Jonestown, don’t-drink-the-Kool-Aid kind of cult,” Brown describes, “in which the audience is being introduced and welcomed into this cult—kind of like an orientation day— and this cult is made up of entirely women except for this preacher, who is kind of their father and leader. And everything is friendly and happy until things get weird. And you find out throughout the course of the show why there are no men.”

While there is not a set amount of shows scheduled for each night, tours will begin at 7 p.m. at both houses and groups will continue to run through until midnight. This year’s productions are more elaborate, so the goal is to get as many groups through as they can.

And just because it is a comedy troupe putting these shows on, folks should not expect Scooby-Doo antics or endings by any stretch.

“We add elements of humor like we do anything,”  Brown clarifies. “But when we talk about things like Shakespeare and those tragedies: they’re not tragedies until they become tragedies. They’re not tragedies the whole time. We’re setting up to where people are going to think Oh, this is a friendly atmosphere. Because it is …  until it isn’t.” 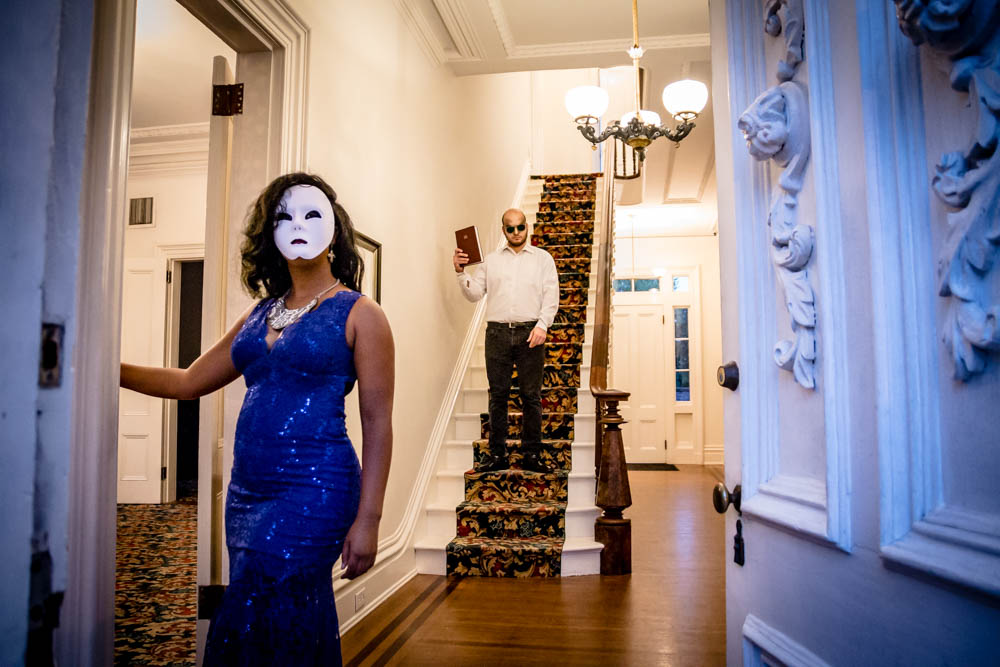 Though there are not planned “jump scares,” guests are going to get involved with relatable characters and become invested with the story, as well as interact with it. At the Bellamy Mansion there will be a waiver to sign—unofficially dubbed the “You can touch me waiver”—which allows actors to interact with people.

“The fear comes in when people are invested in these characters and things start happening to them,” Brown continues. “Anything happening at this party is also happening to you, so the more people we have the more everyone feels a part of the madness.”

The most difficult task ahead is packing each space with bodies—alive, of course.

Brown envisions full houses of actors and guests indiscernible from each other in order to create a fully immersed experience. “My goal was to get at least 20 people in each house,” he says. “And we’re pretty close to that. I just want people to be overwhelmed by how many people are in the house.”

That being said, he still looking for anyone who’d be willing to stand in for the show. There are speaking parts, non-speaking parts and those who will be improvising. PSL and other actors help move the tour along without interrupting the flow of the story. This is especially true in the Bellamy Mansion, where guests are encouraged to mingle at the said party.

“You want people to walk through naturally,” Brown explains, “so that they feel a part of it without making them feel like they are being pushed or without them getting stuck somewhere because they don’t know where to go.

“Of course there are people with non-speaking parts in all the rooms to make sure that nobody touches the old-house stuff!” he laughs.

Tickets are $35 and include admission to both houses, but folks don’t have to go to both houses the same night. Refreshments (alcoholic and non-alcoholic) will be sold at both The Bellamy Mansion (503 Market St.) and Burgwin-Wright House (224 Market St.). While there’s no recommended age minimum for these shows, each show lends itself more to an adult audience. Think hard PG-13 theatre production.

“I don’t think we end up using a lot of foul language or anything,” Brown muses. “But with the nature of improv, you never know what’s going to happen. I want people to come in with an open mind and accept the reality that we are going to put them through. You really gotta walk in knowing that it’s a play but you are a part of it and you’re involved. So what you do will affect what happens, too.” 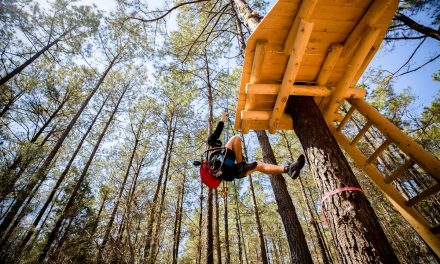 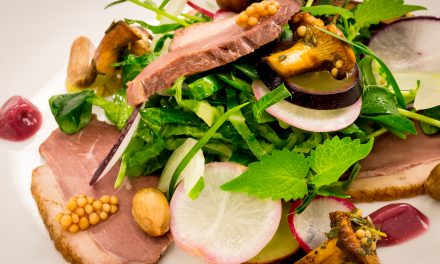 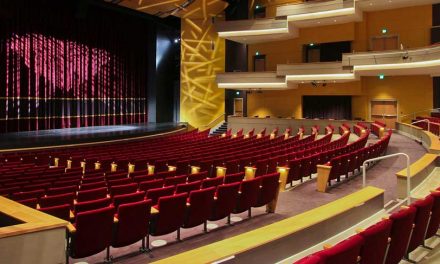 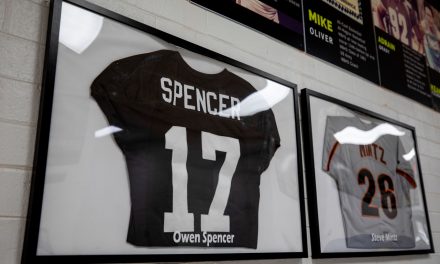