Each day we have brief encounters with many people, from the person at the convenience store who takes our money for gas to the letter carrier who delivers our daily mail. 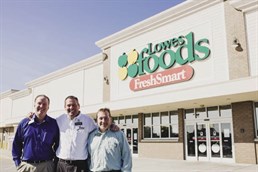 I often wonder what their day is like and what they do in their leisure time. If I see them in a different setting, at the local movie theater, at the mall or perhaps in church, I get a little more curious. Such was the case with “the food store manager,” Shane Smith, manager of Lowes Foods in Ocean Isle Beach.

Smith was raised as a “military brat” and was often moving around when he was growing up — New York, Virginia, Alaska, return to Virginia, Minnesota, Florida, Iowa, North Carolina. He has fond memories of living in two lighthouses during those years.

His first job was in Longview, N.C., at age 15, bagging groceries for $3.50 an hour. During summer vacations from school at age 16, he remembers 60-hour work weeks that included a paper route and working in a sock factory. He went on to graduate from East Carolina University and worked four summers at Busch Gardens in Williamsburg. His work ethic remained strong, and after college he became a membership director and fitness trainer in a Greenville, N.C., facility.

Smith met his wife, Amy, at a party on her 21st birthday. She is a trauma nurse now working as an instructor with Miller-Motte College in Wilmington. They have two daughters, Brenna and Hannah, ages 12 and 14, and have been married for 21 years.

With a job offering shortly after their honeymoon at a new fitness center in Monroe, N.C., off they went to a new location and new career. The fitness center was not yet completed, so it was necessary for Smith to find work in the interim. He was hired by Harris Teeter in their produce department. When the center opened and his new job started, he also maintained his position with Harris Teeter.

Eventually an offer arrived from Lowes Foods for an opening at a store in Brunswick County. The Smiths were on the road again. They found a wonderful home in Southport where they could enjoy the beach and many of their favorite water sports.

A favorite vacation area for Smith and his family is the Outer Banks area, particularly Avon on Hatteras Island. They enjoy using a four-wheeler, boogie boarding and scuba diving. Shane has his scuba certification and has enjoyed exploring several shipwrecks.

It is a life of sports for the entire Smith family — soccer for their daughters and watching NFL football for all; they are major Carolina Panthers fans. Smith also enjoys coaching soccer. He strongly feels that sports involvement helps build good character and teaches the strength and importance of teamwork. One of the new family projects is teaching Hannah how to drive, and Smith is up for the fun and the challenge.

Smith has been with Lowes Foods for six and a half years, with four years at the store in Ocean Isle Beach. 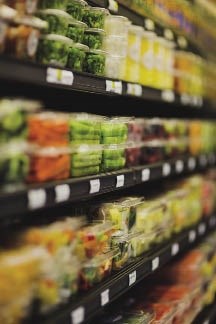 With more than 100 stores, Lowes Foods is a part of the Alex Lee family of companies and a sister company, MDI. The original store was established in 1954 in Wilkesboro, N.C. Strong emphasis is on fresh, local produce from more than 200 farmers within the state. Those products include blueberries, sweet potatoes, peppers, pumpkins and flowers.

Pick and Prep is a new favorite part of the store in which store professionals will mince, cube, cut, dice or slice your fruits and vegetables while you shop. This allows the shopper to enjoy more quality time at home. The Fresh Rewards program features weekly specials throughout the store and also allows members to earn gas rewards to be redeemed at designated gas stations. Lowes opened its first fuel station at a store in Hickory, N.C., in 2007. A 5 cent discount per gallon of gas is offered with each $100 spent inside the store.

The Lowes Food To Go program for picking up your food choices is extremely popular, particularly during the peak tourist season. Smith smiles widely declaring that the store “has the best fried chicken anywhere!”

People who are not involved in the food business have no realization of the amount of planning and strategy it takes each day to keep the store at full customer-oriented function, with the added complications of seasonal fluctuations. The purpose and focus of the company is “We Grow Community.” Shoppers are considered guests; employees are hosts.

Lowes Foods in Ocean Isle Beach, the most seasonal store in the entire chain and number 1 in sales for 10 weeks of peak season, hires approximately 150 people for the Memorial Day to Labor Day high volume season. More sales occur on a Saturday during the summer months than for an entire week during the winter.

Extremely popular items available are rocking chairs for the beach house porch, along with patio sets and coolers. Approximately 200 of the chairs were sold this past summer.

The store was named “Employer of the Year” in regards to disability employment awareness. They also donate on a regular basis to local food banks, schools and other nonprofit organizations.

Next time you find yourself at Lowes Foods in Ocean Isle Beach, say hello to your neighbor Shane Smith, who’s clearly a man for all seasons. 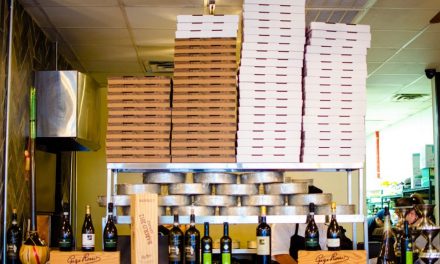 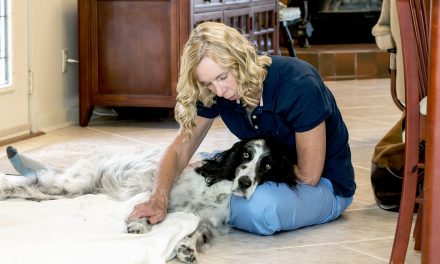