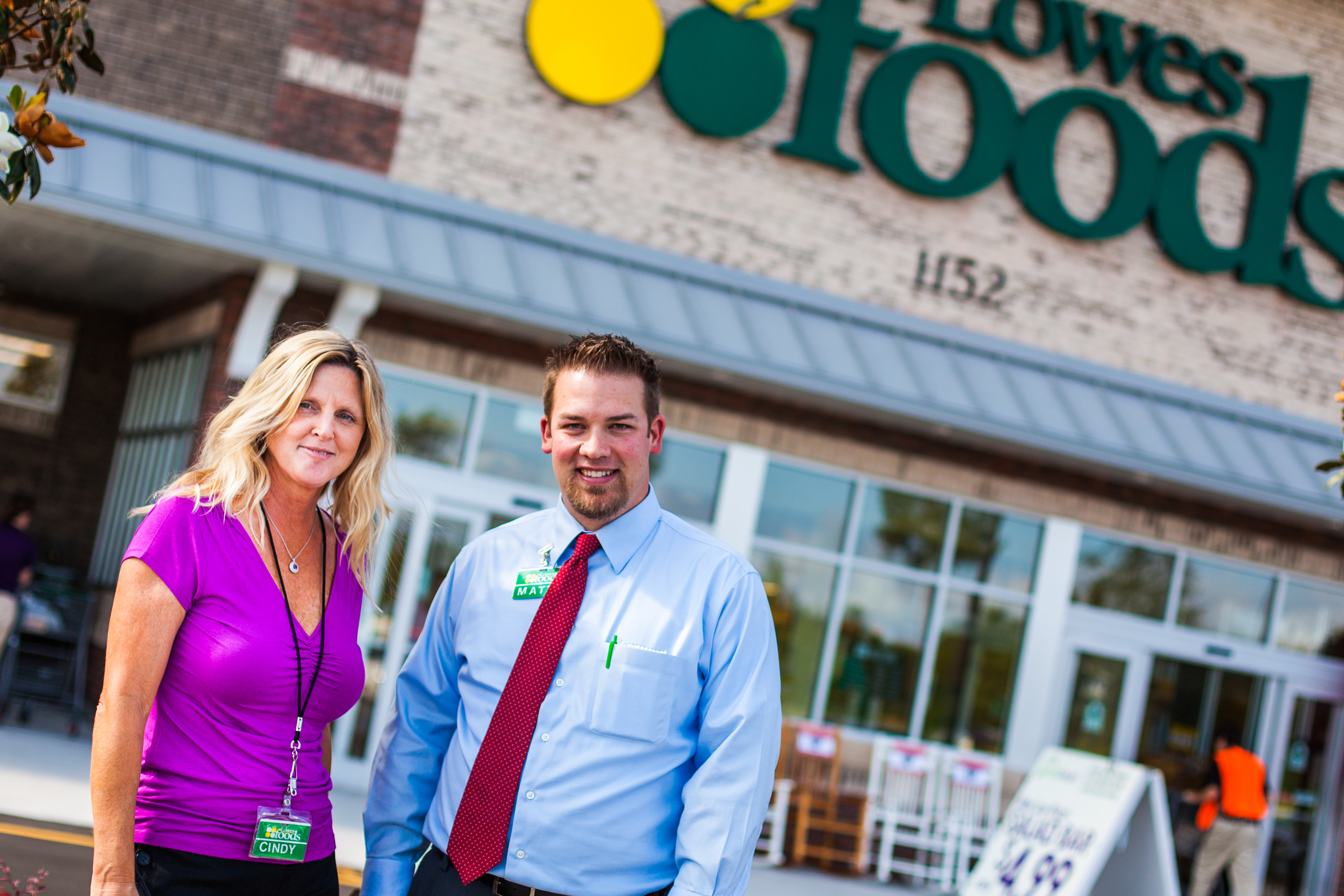 Matt Nowlin understands the grocery store business. His first job at age 16 was as a bagger at Lowes Foods in Mount Airy, his hometown. While he earned his degree in business from University of North Carolina at Wilmington, his summer jobs were at the same Surry County store.

Upon graduation, Nowlin decided a career with the family-owned chain offered him valuable opportunities he didn’t want to pass up. Now, nine years later, he is manager of the new Lowes Foods at Brunswick Forest in Leland.

“I learned to do everything in the store,” Nowlin says. “I enjoy doing it.”

Three years ago Nowlin accepted the job as store manager at Lowes Foods on 82nd Parkway in Myrtle Beach. He and his wife, Kim, moved to Stoney Creek Plantation, and at the store’s Grand Opening in Leland on May 16, he was there to greet the people as store manager.

He admits the most challenging part of his job is starting from scratch with new employees, the new store and the continued philosophy of the company.

“We’re here to provide the best quality and service,” he says. “We look at the customers as family and treat them as family.”

Nowlin, 31, praises the advancements the new store offers. They include lower shelves to give a clearer view of products; color-coded aisles to identify groups of selections; and fresh foods from fruits, vegetables and meats to seafood and bakery items.

Shoppers on a tight schedule or with little time to spare can pick up cut vegetables, ready-made sandwiches, fried and roasted chicken, ready-to-heat potatoes and other quick and easy meal selections. Desserts, including gelato, are handy too.

The store’s 43,971 square feet presents a clean, white look. Those in a hurry can check themselves out at one of the four self-check lanes. Those who can’t afford the time in the store can order online and pick their groceries up when they rush home – all for a nominal fee of $4.95.

Nowlin says he and Kim, a fifth grade teacher at Town Creek Elementary School in Winnabow, use the online service regularly for themselves and their two-year-old son, Brody.

“It’s a real convenience,” he says. The system saves a customer’s selections, so when they come back to order, they don’t have to search for their favorite items. He explains that the very first customer at the store said she’d be using the Lowes Foods To Go every week.

Lowes buys local food and goods as often as possible. Founded in 1954, Lowes Foods employs 8,500 people and has 91 Lowes Foods in North Carolina, South Carolina and Virginia. Its parent company, Alex Lee, Inc., was founded in 1931 and based in Hickory.

The store is friendly to the environment with its energy-saving lighting, refrigeration and heating, and it uses recycled materials.

About 2,000 people attended the Grand Opening of Lowes Foods, and by the end of the opening week about 8,000 people had come to the store.

“I like the interaction with the people, both the customers and the employees,” Nowlin says. “We’re really in the people business. Anyone can sell groceries. We do our job as far as customer service. We listen to our customers and try to take care of them the best we can.”

Nowlin intends to make the Leland Lowes Foods the best of all the stores by providing not just fresh, quality foods, but also personal, quality service.

“We make them feel they’re at home with us,” he says.

Cindy Phaby, a Brunswick Forest resident who also works for Lowes Foods, says the Lowes organization provides a tremendous amount of support at all levels of the company for its employees.

“Communication at all levels is open and welcome,” she says.

Phaby hails from Ahoskie. She’s been with the organization for 10 years. As division director, she provides support to 15 stores from Morehead City to Murrells Inlet, S.C.

“Everybody that we know was here for the Grand Opening,” she says. “We got caught up with each other. It was exciting.”

“It gives me a chance to find out what [customers] think of the store,” she says. “I give help and problem solve.”

The North Brunswick Lowes Foods has a perfect location and it’s been very well received.

Nowlin enjoys the family concept of the store.

“We always feel we’re appreciated,” he says. “Being run by a family helps that and it gets ingrained in you after a while.”

Visible from U.S. 17, Lowes is situated at the Brunswick Forest complex. 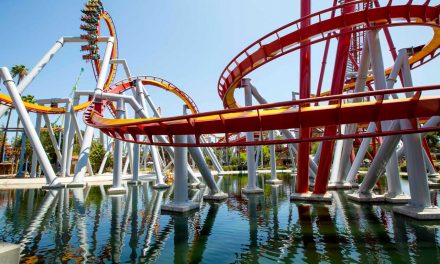 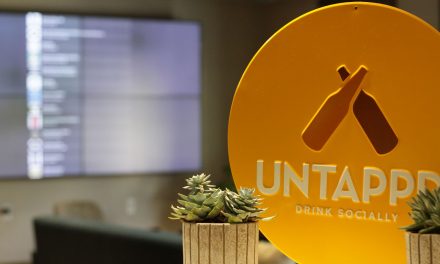