Within the Lockwood Folly community, resident Andrea Shead is well-known for her home’s enchanting English cottage garden. Her love for flowers has served as a wonderful distraction through much of the pandemic, and she and husband, Ray, worked tirelessly to bring a bit of vibrancy and life to an otherwise dark year. Shead is certainly not in need of any additional hobbies, so it came as a surprise when the start of 2021 led Shead to the blossoming of a new passion in life.

Having spent several decades dedicated to keeping garden blooms alive and well, Shead had little experience or knowledge when it came to working with precut flowers. That changed in January when a friend and fellow member of Shallotte’s Coastal Garden Club came down with COVID and asked Shead to take her place in a local art-themed floral design competition. 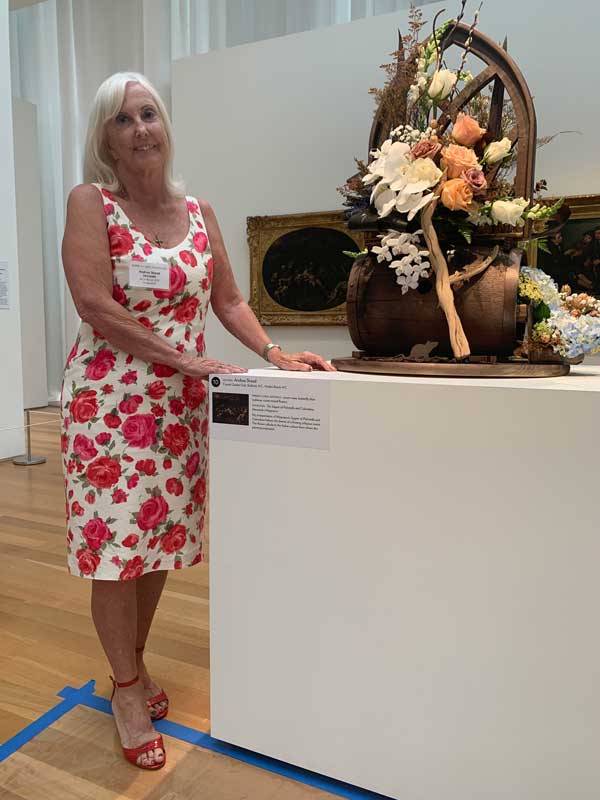 “She was planning to do this show on January 6 called Art and The Bloom at the Blockade Runner on Wrightsville Beach, in which she needed to create a floral design inspired by a piece of artwork,” Shead says. “I literally had 48 hours to pick up her flowers and stand in for her, and I had no idea what I was doing.”

Working from a painting of multi-colored pears on a block, Shead did the best she could using the flowers to interpret her assigned work of art. In a room filled with more experienced competitors, Shead was surprisingly proud of her end result. What surprised her even more, however, was how much she truly enjoyed the experience.

“Even though I’d never done anything like this before, I absolutely found it fascinating,” she says. “I realized I had found my niche, and I loved it.”

Although her floral arrangement didn’t place, it did draw the attention of the North Carolina Garden Club, who chose to feature it on the front cover of their 2022 calendar. Shead couldn’t wait to enter another competition, so she decided to apply for entry into the North Carolina Museum of Art’s popular Art in Bloom exhibit in Raleigh. Taking place each year in June, the event draws more than 16,000 visitors and showcases floral design and creativity through interpretations of various works of art in the museum’s extensive collection.

“I had to write to the museum and explain why I wanted to do this, and I told them that honestly I’m a garden designer, not a florist,” Shead says. “They wrote back and said they’d had a designer who had dropped out, and would I take this painting on, so of course I said yes.”

The painting turned out to be a 17th-century Tuscan piece called The Supper of Pulcinella and Colombina by artist Allessandro Magnasco, and it presented quite the challenge. In contrast to the museum’s many other colorful works of art, the painting’s primary color was brown, and its imagery was perplexing.

“At first I thought it was a religious painting, but it’s not,” Shead says. “It’s actually a group of Tuscan peasants that are actors, and they’re having a party, eating spaghetti and getting drunk, and the main guy in the middle is lying over a barrel, and they all have these funny little hats on.” 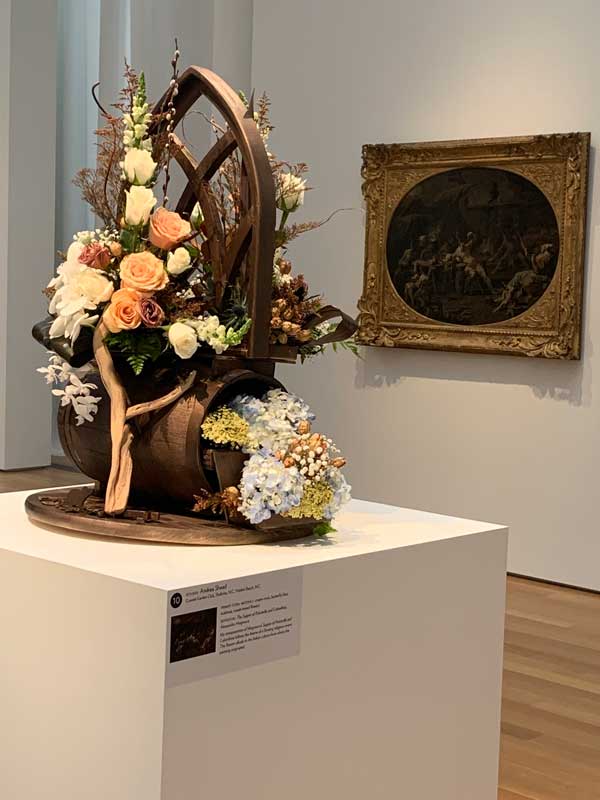 With the help of her husband, Shead got to work depicting the painting. She decided to create a Bagnasco Gothic arch to represent the piece’s Italian history, and then attached the arch to a brown barrel. Realizing the public would need to be able to walk around her floral display, Shead made sure her design was symmetrical, and she also added more colors in her choice of flowers to make her finished piece pop. Although most of her competitors had built much larger displays using thousands of dollars in flowers, to Shead’s surprise her design still drew a great deal of praise from the public.

Shead says she’s officially been bitten by the floral design bug. She is already making plans for her next project, which will be creating a design for The Masters, a National Garden Club flower show taking place at the Jacksonville Country Club on August 18. Shead loves the challenge of using flowers to create art, and she hopes to inspire others to try new things no matter what age.

“With floral design there’s such a choice of colors that you can almost use them like an artist uses paint,” she says. “I can’t draw or paint, but I’ve got this thing that I’ve realized I can connect to with flowers. If you believe in something and think you can do it, just have a try, because anything is possible.” 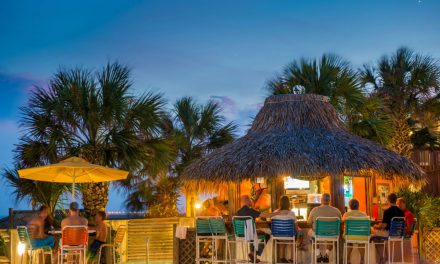 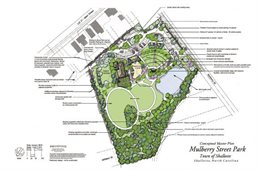 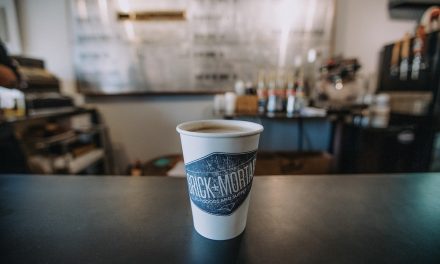 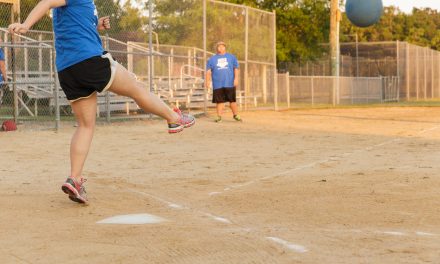