Seaside United Methodist Church’s director of music ministries considers the journey to her position a beautiful example of fate.

Kathryn Parker once dreamed of a life that was both relaxing and whimsical. A full-time residence in beautiful central North Carolina, with a home on the coast for quiet weekends in the sun. Nothing but books on the beach, warm weather and waves tickling her toes were on the agenda for those dreamy weekends.

But something else was in store for Parker. A beautiful beach was in the equation, but you can forget about the “quiet” and “relaxation” parts.

Shortly after Kathryn Parker was introduced to Sunset Beach, she found herself called to lead a group of people who are anything but quiet. Which makes Parker anything but relaxed.

Although it’s not the exact future she once imagined, the long-time lover of all matters musical finds herself working a dream job in a dream town, sending thanks to the One above.

Parker was born in Texas but settled in North Carolina at an early age due to her father’s job with an electric membership cooperative. Her family relocated from Texas to Virginia to North Carolina, finally settling in Dunn, a small town about 40 miles south of Raleigh.

Although her childhood included many relocations, Parker maintained one passion throughout: music.

“When I was eight, my mother gave me two choices for activities: dance or piano,” says Parker. “I chose piano.”

Parker did not grow up in a musical family and attributes her love for piano to her motivating role models.

“I had some wonderful music teachers who inspired me,” Parker says. “Marilyn Herndon, my piano teacher from the time I was ten all the way through high school, was my biggest mentor. She was a professional concert pianist, a red-headed woman full of energy. She made it fun and exciting; she had a wonderful flair for life.”

During high school Parker juggled several musical commitments, performing for churches, taking lessons and teaching lessons. Teaching lessons opened her eyes to the career that would fit her best. Upon graduation from high school in 1972 Parker pursued her passion at nearby Campbell University, where she earned a degree in music education.

“I have always loved music,” says Parker. “From the time I was very small, I knew I would do something with it.”

In 1976 Parker graduated from Campbell and began her teaching career. Over the next 30 years she taught music education to all ages in schools, from preschool through 12th grade while also teaching private piano and organ lessons and working as the choir director for several Dunn-area churches. Two schools and five churches were blessed with Parker’s musical touch.

“Over the course of my career, I have had three piano students who have gone on to follow a career in music,” Parker says with a smile. “I’ve also worked with some amazing ensembles; one in particular was called Heaven Sent. They were truly as their name implied. My most memorable moment was with that incredible bunch of young ladies when they sang the national anthem for the Carolina Hurricanes. Walking out on that ice to sing in front of thousands of people was something I will never forget.”

Parker enjoyed the performances and led her groups to sing for several major sports teams. However, her hope for her career was not to develop a long list of elaborate musical events for her resume, but instead to inspire in her students a long-term love of music.

“I hope that through teaching private piano, I have inspired a lot of children to enjoy music even if they did not go on to major in it,” says Parker. “Even with my own children and grandchildren, my primary goal is that they grow up to enjoy all kinds of music, not just what they hear on the radio or see on TV.”

Although Parker’s passion for music did not convey in her own children, she is working hard to instill at least an understanding of the art in her grandchildren.

“As my children grew up they saw how hard I worked at music,” explains Parker. “So I think that might have been a little intimidating.”

Parker, who is married to a childhood friend she reconnected with during their 20-year high school reunion, is the proud grandparent of three boys under the age of six. She does her best to instill a love for music without pushing the topic.

“We try to give gifts that encourage them to develop musically, but who knows what they’ll choose to do,” she says.

Where Parker has the most musical influence is with her church family, a family she met after an unanticipated turn of events.

“We came to visit a friend at Sunset Beach one weekend in 2004,” recalls Parker. “And we immediately fell in love with the area. It wasn’t long before we bought a condo of our own. Right above our friends.”

So that she and her husband could enjoy their new condo on the weekends, Parker decided to retire from her position as choir director in Dunn. That would free up some time so that she could teach music education during the week and have her weekends to enjoy at the beach.

In need for a church to call home during their time in Sunset Beach, the Parkers asked their Realtor for a suggestion. She recommended Seaside United Methodist Church. The first Sunday the Parkers attended a service, the church announced its search for its first full-time director of music and organist.

“On our way out, my husband told the preacher what I did for a living,” says Parker. “After a year of attending services there during our weekend visits and being urged by the congregation, I finally applied. And they hired me.”

Parker completed the school semester in Dunn to follow through on a promise that she would never leave her students mid-year, while the church waited with understanding. In the summer of 2005 the Parkers became full-time residents of Sunset Beach.

“God led me here,” says Parker. “I had no intention of moving whatsoever, but it’s been the best thing that’s ever happened to me. I love the area, the people and the potential.”

When Parker joined Seaside United Methodist, the church had not yet built the sanctuary so the potential they had for growth was exciting and enticing.

Now the full-time director of music, pianist and organist for Seaside United Methodist, Parker leads more than 100 church members in a variety of musical groups. That’s a far cry from the small 20-member choir that the church had prior to Parker’s arrival.

“And that’s what we call full time!” says Parker with a laugh.

Each group practices at least weekly, if not daily. Parker schedules and plans these practices and leads and teaches the groups, at all times of the day.

With a schedule that would overwhelm most, Parker sees only the reward. “This group is incredible,” says Parker. “It’s the most living church I have ever experienced. And I love watching them grow both musically and spiritually.”

Parker makes it clear that she doesn’t do all of this alone.

“I have an accompanist,” says Parker. “Lynn Wood. I couldn’t do it without her help. And my adult choir has about 18 officers who help me tremendously, from section leaders to a social chairman, you name it, we have it. I could not do this by myself by any means. The majority of my choir members are retired and this is how they give back. Working with this group is awesome and inspiring. These people give constantly of themselves: their time, money, energy, their spirit.”

Parker, who is working toward her degree in music ministry, looks forward to bringing a more in-depth theological and biblical background to her leadership. Although this education will no doubt strengthen Parker’s performance, the people of Sunset Beach thinks she’s pretty perfect already. Whether she knows it or not.

“I hope that people see me as energetic about my role,” says Parker. “And fun … probably crazy … and I hope spiritual. I hope that I inspire and motivate them. At the same time, I’m pretty sure many would say that I’m like a drill sergeant too. When you have ninety-some people together at the same time, you have to be pretty strong. So, yeah, I crack a mean whip. But I see them all as my children and I do love every single one of them. I’m so grateful to be here and I can’t wait to see what the future holds for all of us at Seaside.” 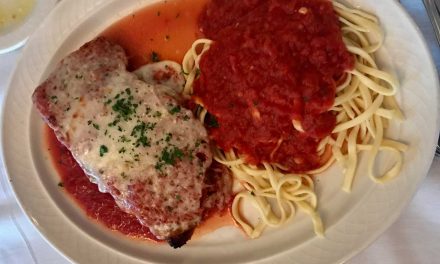 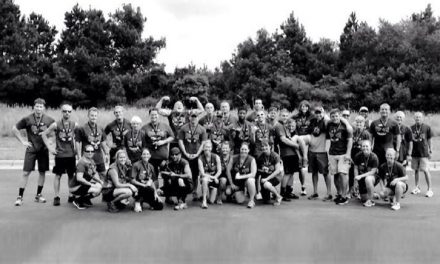 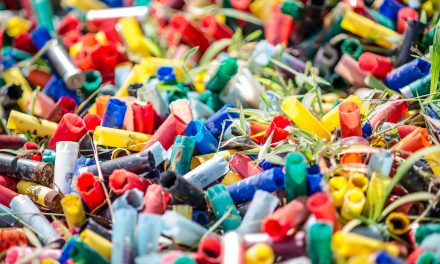