It wasn’t a bird. It wasn’t a plane. It was really and truly a rocket ship! If you were outside and looked up around 7:40 pm on Saturday, September 24, the first thing you did was yell for your loved ones to grab a cell phone and come out of the house as fast as they could. Andrea Combs of the Wrightsville Beach area quickly shot off a message to the members of the Coastal Carolina SkyWatchers Facebook page and inquired, “Anyone know what’s shooting up in the sky?”

The excitement was warranted, and the view was amazing. Coastal eyewitnesses from Florida to Maine caught the action of a SpaceX Corporation Falcon 9 rocket carrying 52 Starlink satellites soaring and roaring overhead. This was one of Elon Musk’s “reusable” rockets, and it was the 43rd launch of a SpaceX Falcon 9 rocket in 2022. This one took off from Cape Canaveral in Florida.

SpaceX is currently the only private company capable of returning a spacecraft from low-earth orbit for re-use. It’s a two-stage rocket, with the first stage booster dropping off when it leaves the earth’s atmosphere. The second stage “capsule” continues into low orbit to deliver the satellites there. For this Falcon 9, it was the first stage’s fourth mission. Miraculously, the returning boosters land safely back on Earth. This one descended perfectly onto a “Shortfall of Gravitas” (ASOG) drone ship landing platform waiting offshore near Cape Fear.

Coastal Carolina SkyWatcher member John Rusty White wrote on the Facebook page that he and his family saw the stage separation and the bright orange light of the booster heading to the landing site in the ocean. As the stages separated, two “fairing halves” which connected stage one and the capsule, separated, then fell downward from the ship. The first stage booster also started its descension. While the first stage booster was on its way to the landing site, the fairing halves were splashing into the ocean. SpaceX representatives were watching to retrieve those manually. The photo and video connected to this article capture the second stage, the three descending piece parts, and the rocket’s powerful roar. They were taken by Roberta Beckley as the rocket passed over her Ocean Isle Beach home. Sam Tyndall of Calabash is the administrator of the Facebook page and described the event best in just three words. “WOW OH WOW!”

After the second stage deployed the satellites into orbit, they began providing high-speed and low latency broadband Internet services to people living in remote and rural locations all over the world. The services are not available on the East Coast of the United States yet, but there is a description of them at spacex.com.

“It was quite a show tonight on Oak Island,” wrote Scott Swiggett. The setting sun in the west cast an amazing glow against the massive flaring contrail of the rocket. It took up a big portion of the sky and resembled a fast-moving comet. Bobby Pidgeon was with a large group at Sunset Beach and commented this was the best view of a rocket in the sky he ever saw. And SkyWatcher Mack Goodman lamented the fact that some of his friends and loved ones missed it. “It was by far the best I have ever seen,” he said.

If you missed it, don’t fret. There will be more to come! Learn about future space shots by following the Coastal Carolina SkyWatchers Facebook page and also check at spacex.com/launches, nasa.gov/centers/wallops/home, and nasaspaceflight.com.

Sidenote: Sam Tyndall is a hobbyist who follows the launches closely and tries to educate others. He created the Coastal Carolina SkyWatchers Facebook page during the COVID lockdown with the idea people could get out the house to experience something amazing just by simply looking up. “I never imagined it would grow into what it is today or that I’d meet so many others who love this stuff,” Tyndall says. “For that I am grateful. And I’m grateful that we can inspire people to take an interest in space and technology that directly impacts our local area.”

The Weight of the Unknown: Why Foster Care is so Important 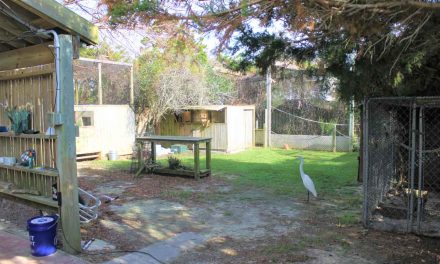 A Friend of Wildlife 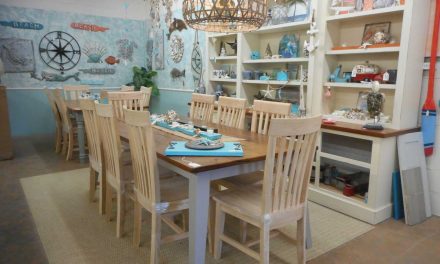