Home at Heart on Holden Beach

Marion and Buck Breece and their two sons built much more than a home on Holden Beach. 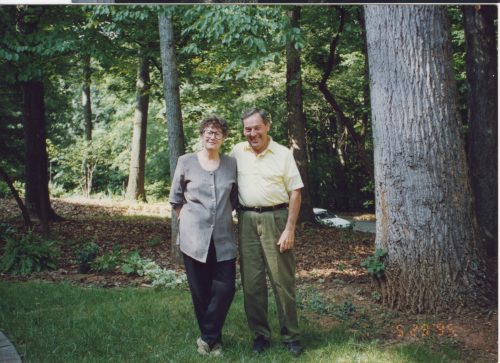 The day Marion first saw Buck, now her husband of 65 years, was also the day she started her first job, in Fayetteville, North Carolina. She was instantly taken.

“He looked like a good dancer,” Marion says with a chuckle.

And while, Marion says, looks in that case may have been deceiving, they were, nonetheless, happily married in 1954, seven years later. Even then, right at the start of building a life together, days at Holden Beach with sandy, surfing children hung there on the periphery of their plans for the future.

As a child, Buck spent time on Holden Beach with his family, who owned a home there. There was no bridge connecting the island to the mainland then, only a barge capable of transporting two cars at a time. And despite the sticky-hot wait in the long line to wait for the barge, time spent on the picturesque island found a place in Buck’s heart. So when Buck and Marion’s dream of a weekend home on the water looked like it could actually come to fruition, memories at Holden Beach steered the ship.

“My best memories,” Marion says, “come from watching our sons grow up there.” In 1973 Buck and Marion built the oceanfront cottage that they lived in permanently after retirement up until a few months ago. They’ve recently put the house and surrounding property on the market. 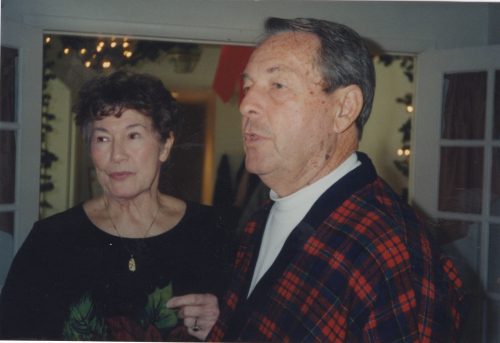 Gary Breece, Buck and Marion’s youngest son, says that weekends at Holden shaped the dreamiest of his childhood experiences.

“Dad was a travelling salesman,” he says, “so we would leave on Friday and he would work his way to Holden, calling on textile mills across the state. We rarely missed a weekend.”

Gary says some of his favorite times were the quiet times. “I particularly loved going in the off season, in the winter months, when I could run around on the beach and there wouldn’t be anyone for as far as I could see, except for a fisherman or two.”

When Gary was young, the back side of the island hadn’t been developed. And it became his own private Treasure Island. “There were tall dunes and there was a lot of undeveloped space to roam around in. For a kid, it was like being in the Sahara Desert. There were some wooded areas, mainly dense brush, and I would cut trails through the bush to get to new areas of dunes.”

Even today, Holden is that quiet island along the N.C. coast that people escape to, an idyllic place to be a kid and to raise kids. Nationally recognized as one of the best family beaches in the country, Holden is far less developed than other North Carolina beaches and manages to maintain a tightly knit, small-town feel. The commercial section of Holden is small, but complete, with a general store, a couple of beach shops, a hardware store, a small grocery and several restaurants that can thoroughly satisfy seafood cravings.

“The food there was one of my favorite things,” Marion says. Copious amounts of seafood, she says, were consumed through the years, both from her kitchen and from some of the seafood restaurants on the island. Boat rides, time spent with family friends, days on the golf course and Sundays at the chapel were among other favorites.

But it was their terra cotta-colored cottage on the water that held the memories that Buck and Marion cherish most.

Originally, Marion and Buck thought that they would live downstairs and rent out the upstairs, so they built it accordingly. But they quickly discovered that their time there was too precious for that, so they constructed a stairwell that served to connect the two floors.

Their intent, when building the house, was to keep it cozy and small so they could enjoy intimate gatherings with family and friends rather than host large crowds. They wanted a space that was easy to maintain and easy to enjoy. And that’s exactly what they got.

“We did a lot of the work ourselves through the years,” Buck says. They insulated the home, added paneling and renovated and repaired after storms passed through. 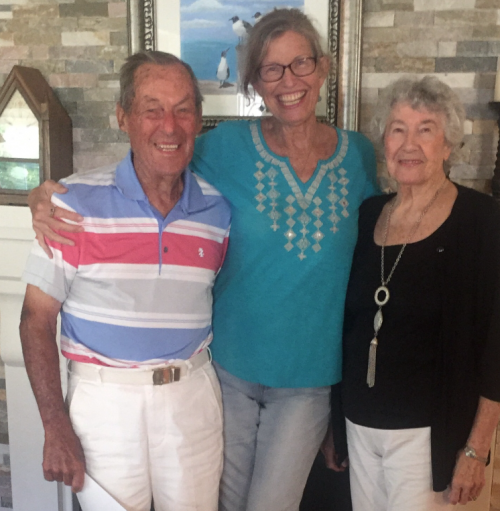 Marion attributes the fact that she “hardly ever has to dust” to their insulation skills. “To this day this is the easiest house to clean. I can go a whole month without dusting. I’m serious.” Buck’s broad smile and nod assures that she is, indeed, serious.

While the house has been known to sway ever-so-slightly in gale-force winds, Marion and Buck say that despite a few shingles, and minor damage, the cottage has lost little to several hurricanes through the years.

With four lots and an oceanfront view, Buck and Marion had the catbird’s seat (and plenty of space for guests and visitors to park). At eight years old, Gary would wander down to the beach to surf while they kept an eye from the porch.

“Those were the days,” Gary says with a smile. He learned to surf with his brother at age six and instantly fell in love. “My brother, who was ten years older, was big into surfing and fortunately got me into it. I would surf a lot in front of our house where my parents could sort of keep an eye on me. Later, I started surfing at the Pavilion, which isn’t there anymore.”

The Pavilion and oceanside pier were popular hangouts, and Gary was there every chance he got.

“It was a big deal when I was finally old enough to go to the pavilion alone at night and hang out with the teenagers playing pool, pinball and listening to the jukebox. I can still remember the sound of kids banging the butt-end of pool sticks to the beat of My Sharona.”

From their idyllic spot on the island, Buck and Marion could watch the sun rise in the east and set in the west over the ocean. While they experienced many of both, Marion and Buck weren’t the type to sit around and sip martinis on their time off. They quickly became a part of the community at Holden Beach. Buck was on the town committee and helped lead the hurricane committee, while Marion was an active member of the town chapel and is now considered one of its longest standing members.

Marion and Buck had not planned on retiring at Holden Beach, but when their nest emptied, that’s exactly what they did. By that time, they say, it was home. Their people were there, along with thousands of wonderful memories. 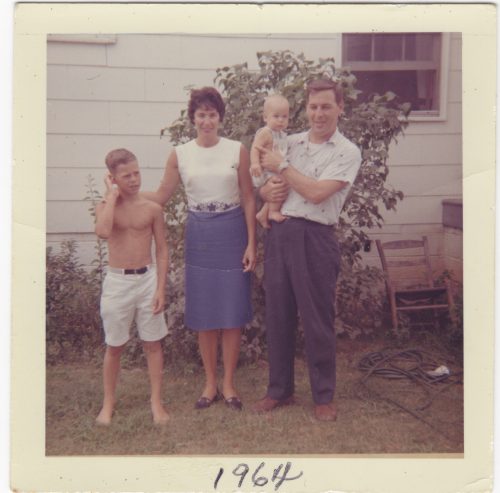 Now in their early 90s — both super-fit, witty and healthy — they recently decided it was time to be closer to town with amenities (like golf courses, to satisfy Buck’s passion) at their fingertips and yard and home maintenance included. In March of this year, they put their Holden Beach home and property on the market, four lots and an oceanfront cottage, hoping that a family out there somewhere could create even a fraction of the beautiful memories they were able to make out there.

From their new home in Brunswick Forest, Marion and Buck painted this picture of the life that they created at Holden and the memories they gifted to dozens of friends and family members … and to themselves. 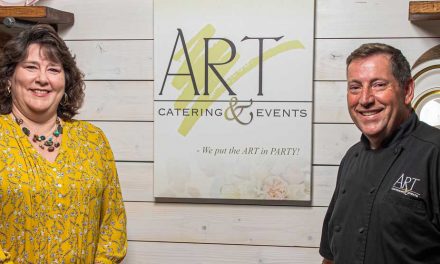 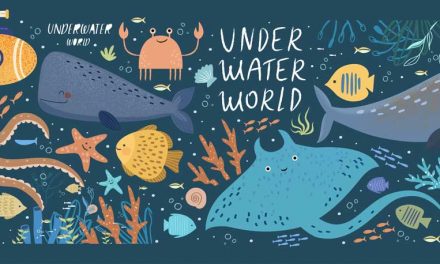