County Line MX Park in Bolton is making a name for itself in the motocross world. 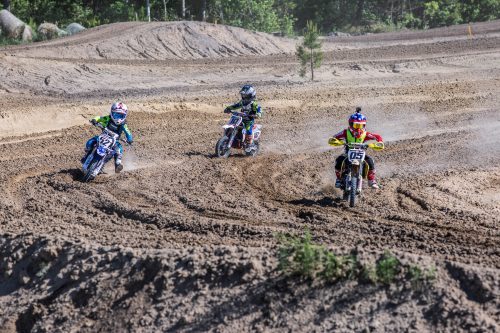 In 2017 Todd Lewis and his wife, Karyn, purchased a motocross track not far from Lake Waccamaw and started a new chapter in their lives. After having managed the Calverton Motocross Training Facility in Long Island, New York, for eight years, they moved to North Carolina and purchased and reestablishedCounty Line MX Park in Bolton, which had been closed by the previous owners for three years. Since its reopening in January of 2018, County Line MX Park has become a one-of-a-kind motocross training facility in the area and an AMA (American Motorcyclist Association) chartered club with multiple former pro trainers on staff. The park is on Green Swamp Road just off of Highway 74/76. With American Motorcyclist Association sanctioned races on its roster, County Line MX Park is a national class motocross track.

Interestingly, Lewis never rode motorcycles. His interest grew unintentionally when the owner of the boat dealership that Lewis worked for asked me him to take on a side project of managing his motocross track. Eventually, the side project became a full–time job, and he and Karyn built the fledgling track into a successful training facility.

“I really began to enjoy the atmosphere, watching people ride, even working on the track and running the dozer and tractor,” he says.

After eight years, the owner decided to do something else with the land, prompting the Lewis family to reevaluate their opportunities. Having a vested interest in the industry, they looked for a track of their own to purchase. That’s when they found County Line. When the sale of their house in Long Island closed on November 30, 2017, they moved to Bolton on December 1.

County Line MX Park is a membership club, called the CountyLine Riders Club. Members pay a minimal daily ride fee to use the park. But it’s much more than a track for daily practice. County Line is an enviable training facility with a turn track that includes 10 left and right turns. There is a separate training track for children who want to learn how to ride. Training includes bike control turns, jumps and safety.

“Safety is a priority for us,” Lewis says. “We’re always vigilant about maintaining the track to keep it safe.”

Lessons consist of four-hour classes and week-long clinics during the summer months. The summer clinics feature off- and on-MX bike training from start to finish line, as well as proper form and technique, corner drills, starts and jumps. Clinics are open to all ages, bike sizes and skill levels. Just recently, two of County Line’s young riders were invited to ride in the last Supercross of the season in Las Vegas. “It was a selection process that not only included their riding ability, but their school performance too,” Lewis says. 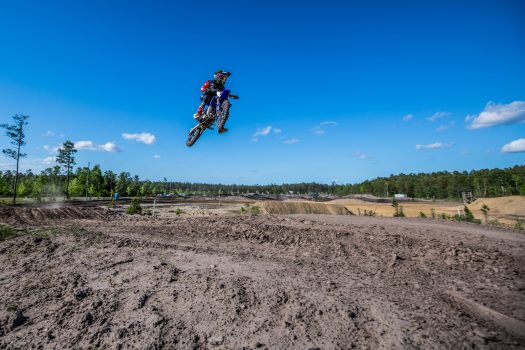 All of the training programs at County Line prepare riders for the real track. This national class motocross track includes approximately two minutes of jumps ranging from singles to a 135’ quad. There are plenty of turns and whoops and rhythm sections too. At the same time, the track is enjoyable and safe for riders of all levels from 50s to 450s. The track is also outfitted with a high-quality irrigation system to keep track conditions ideal.

Riders can put their training to the test in County Line’s races, held five or six times a year. In early June they hosted the AMA District 29 Race, with another race coming up on Labor Day of this year. You don’t have to be a rider to enjoy the motocross experience at County Line. “The community is always welcome to come watch the races,” Lewis says. They encourage people to come out and see what the sport is about.

Not just for the locals, many of County Line’s members are from the northern states. One of Lewis’s goals was to provide a track where they could host riders from up north during the fall and winter months when it’s too cold to train or practice there. “We have members that come there here from Vermont, Ohio, Pennsylvania, New York, Canada, and even as far away as France,” Lewis says.

No different than with surfing or skate boarding enthusiasts, there’s a sense of solidarity on the track among fellow thrill seekers. That camaraderie also extends off the track with events like a members’ weekly barbecue. “We serve barbecue, burgers and hot dogs to the riders on Thursday evenings after practice,” Lewis says. “We offer free water and snacks too.” The park also has some primitive camping spots available for members who want to turn their riding time into a weekend trip. The riders bond over food, laughs, advice and shared experiences. Friendships are formed, which is one of the main reasons the Lewis fell in love with the industry. “We enjoyed the people,” he says.

The Lewises strive to make County Line MX Park a family-friendly environment as well. They take pride in their youth–training programs. Their pro-level trainers will teach children ages 4 and older, and safety is always the emphasis on the track. “After a long day of training, the kids come up to see Miss Karyn for their popsicles and to visit Tiger,” Karyn says. Tiger is their 17-year-old collie-mix and park mascot. 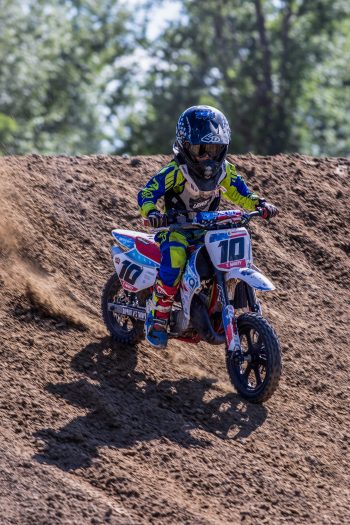 Giving back to the community is very important to the Lewises. County Line hosts several fundraisers throughout the year. Karyn’s father, a former U.S. Marine from Camp Lejeune is ill with Parkinson’s Disease. They hosted a Toys for Tots event where a lot of the riders came out from Camp Lejeune to participate. “I wanted to do something for my dad and the kids,” Karyn says. They also host the MXK Kids Riders Club made up of young motocross riders who raise money for St. Jude’s Children’s Hospital.

Whether you’ve never been on a motocross bike or you’re a seasoned rider, County Line MX Park provides both a challenging and safe track. “We have 4-year-old riders to 80-year-old riders,” Lewis says. “It’s open to all different levels of riders.”

The Lewises manage every aspect of the park. From driving the tractor around the track flattening ruts and monitoring the sprinkler system to keeping up with the landscaping andensuring that Tiger is greeting riders as they come to practice, County Line MX Park is a family affair.

The park is open Wednesdays through Sundays from 10 am to 6pm. But during the week, it’s best to “call before you haul” because they’re often busy maintaining the track. 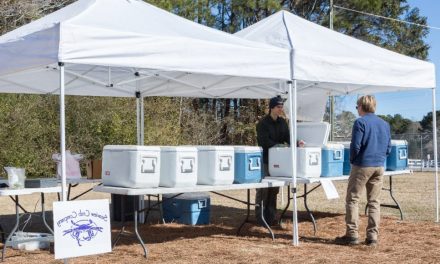 The Story Behind the Seafood Stand at the Brunswick Riverwalk 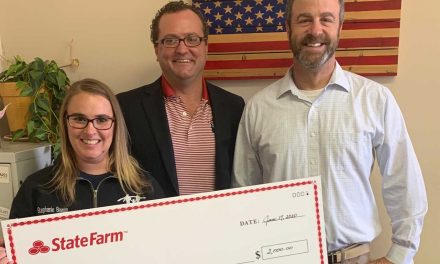 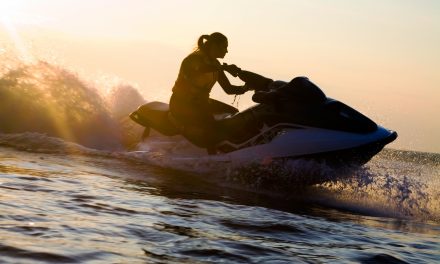 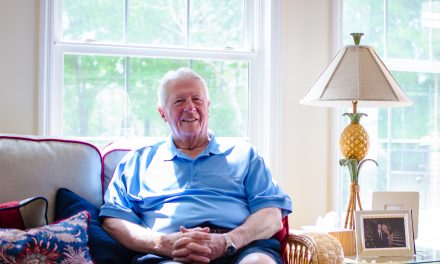