Owning an auto parts store was not what Brunswick County native Bobby Williamson had planned for his life, but after 42 years in Shallotte, it’s all turned out perfectly.

Bobby Williamson had plans to be a doctor. “I tended to gravitate toward medical research,” he says. “I applied to 13 medical schools and instantly got rejected from 11 of them.” He stands behind the counter at Bobby’s Auto Parts on Main Street in Shallotte, his Polo shirt displaying the Carquest logo, pen anchored beneath the second button. No one ever called him Robert, his christened name, except for his parents “in jest,” he says. He explains that the two medical schools that invited him for interviews were Duke University and University of North Carolina at Chapel Hill. “I was beside myself,” he says, recalling that time in December 1975. “I’m going to have a choice!”

In May 1976 he graduated from UNC-Wilmington, but disappointment came in the form of letters from both medical schools saying he was on their alternate list.
“I had no Plan B,” he says.

He was, however, a partner in his father’s real estate development business, which provided an opportunity to earn money for medical school. At the same time, he planned to marry Donna Hocutt.

Donna grew up in Eastover and met Bobby at UNCW, where they were in English and chemistry classes together freshman year. Both chose chemistry as their major. Donna says she didn’t know Bobby was competing with her for the best grades. 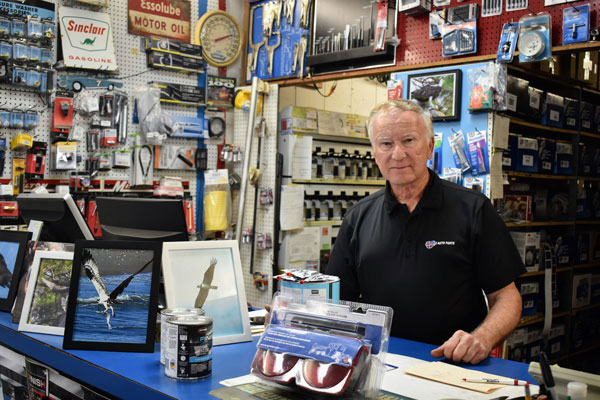 It wasn’t until senior year that the pair began dating. Donna explains that Spock was her favorite character on the Star Trek television series, and Bobby reminded her of him. “Very sensible, smart, logical,” she says.

The couple married in August 1976, and just a couple of months later, Bobby received news that transformed his life forever. In October his father, Glen Williamson, was piloting his plane back to Ocean Isle Beach from Rockingham Speedway, and the plane crashed in Columbus County. Glen and one of the two passengers died. Bobby’s brother, Glen, Jr., was 10 years old; his mother, Mary, was a homemaker; his father left no will.

“I went from being 22 years old to being 47 in the blink of any eye,” Bobby says. “I had done everything I could do to get into medical school. How could I get in now?”

“I didn’t know what it entailed, and I didn’t play golf — still don’t,” Bobby says, “but I accepted the offer.” He understood that his knowledge of chemistry was his biggest asset since he had to keep the turf and foliage healthy and use proper fertilizer.

Four years later the lawsuits were settled, and Bobby had to choose a career. “As a kid I worked on cars,” he says. “I didn’t realize I knew this [business].” 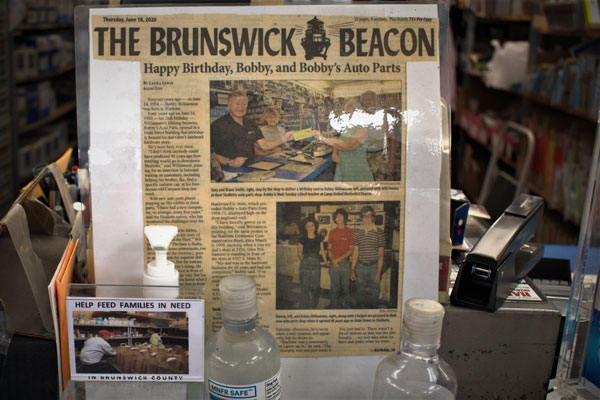 It happened that members of the Williamson family owned the 2,400-square-foot building at 4767 Main Street, the same building where Bobby’s father had a hardware store for 20 years before he pursued real estate. The family had rented out the building but never sold it. Bobby stepped in and bought out the rest of the owners. On his 26th birthday, June 14, 1980, he opened Bobby’s Auto Parts and for the past 42 years has been its proprietor.

“I started this business as a way of making a living,” he says. “I wanted to work for myself. That was important to me.”

“I have averaged a new competitor every five years,” he says. But customers showed their appreciation in spring of 2022 when they voted his shop Best Auto Parts Store in Brunswick County in the Brunswick Beacon’s Spring 2022 “Best of…” contest.

“I get atypical calls here, problem-solving types of calls,” he says. “People tell me, ‘You are my last hope.’” 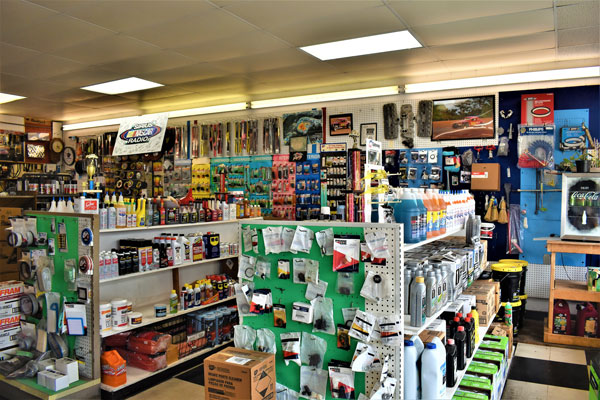 One customer couldn’t get his trailer lights to work. Bobby says this is a common problem with trailers, and often it’s a grounding issue. Another customer needed a belt for his shrimp boat. “You can’t get a belt for a shrimp boat,” he says. He took the customer’s old belt and improvised to form a usable one.

Other unavailable items for older model cars are brake lines. Again, Bobby can improvise. “I make a lot of those from scratch,” he says.

He also sells automotive paints and can match colors on every vehicle, boat or motor home. Because of his background in chemistry, “I know the components of any given color,” he says. “I found a little niche I can operate in. My philosophy is that it’s easier to be a little business than a big one.”

Besides auto parts, Bobby has filled his shop with memorabilia: a picture of his father in front of the hardware store, pictures of the car he built and a drawing he made of the sailboat he made, framed photographs of ospreys he has taken (his latest hobby) and a picture of their daughter, Suzanne Kearns, with her and her husband Ben’s two sons, Kai, 8, and Dax, 6. In June 2022 Bobby accepted an appointment to fill a Board of Aldermen position for the Town of Shallotte. He also gives presentations on the history of Shallotte.
“In my unique situation, this turned out to be a good idea,” he says of his shop, but adds, “I’m a dinosaur at this point. I am the last survivor of the ma-and-pa store. There won’t be places like this anymore.”

Bobby stops to consider what he said. “I always wanted to be self-employed in Shallotte,” he adds. “I never imagined being in the auto parts business in my life.” He nods and smiles. “But really my dream came true.” 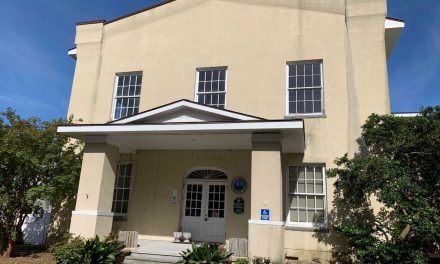 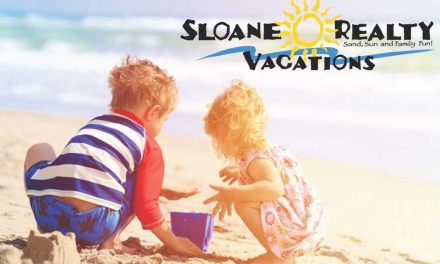 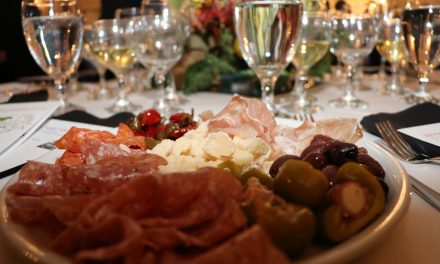