Fishing with the Underdogs

Spend some time with Zack Shackleton and you quickly conclude two things.

Second, he’s proud he grew up in Brunswick County and wants to set a positive example.

That describes a lot of people in these parts, but Shackleton has a big stage to be that guy. Only in his wildest dreams at West Brunswick High School a decade earlier could he have imagined being a boat captain on a reality television show aired internationally on the National Geographic Channel in more than 100 countries and multiple languages. 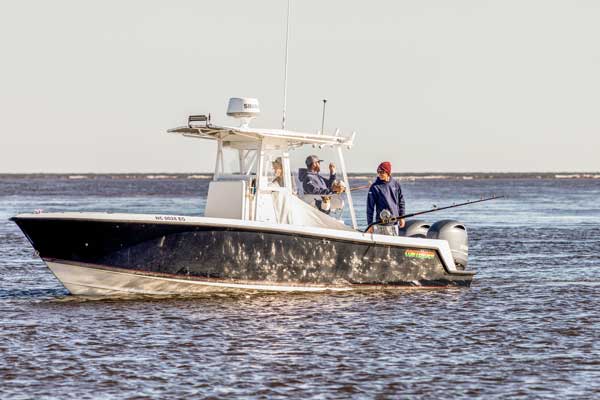 Shackleton and his partner, Daniel Blank, are part of a four-man crew, along with Shackleton’s dog, Minnie, that recently completed their second season competing on Wicked Tuna: Outer Banks.

Their boat, the 28-foot Rasta Rocket, is aptly named after the Jamaican Olympic bobsled team’s sled in the movie Cool Runnings.

“It’s an underdog story,” Shackleton says. “If you look at the movie, that’s pretty much our story. I don’t mind being the underdog. We hang in there with the top guns.”

Originally from Sanford, North Carolina, Shackleton has called Brunswick County home for most of his life. It’s a regular get-together for Shackleton’s and Blank’s family and friends whenever new episodes air on Sunday nights in the fall. 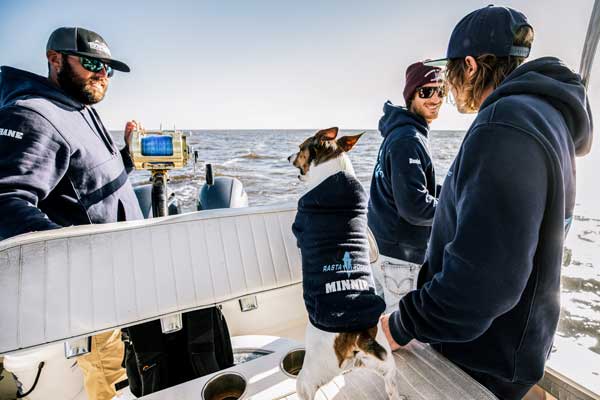 Shackleton appreciates the many fans that the Rocket, its crew and Minnie have, but the occasional celebrity status that comes from being on television and social media interests him a lot less than showing the world that the Rocket crew knows where they’re from and what they’re doing.

“We wanted to make a good name for Brunswick County and Holden Beach,” he says. “We just want to be the best that we can be. We want people to be proud of us, and I think we’ve done that.”

Shackleton and Blank first met at mackerel tournaments. They started fishing together about eight years ago in a relationship that led to a deep friendship, fishing partnership and eventual purchase of the Rasta Rocket, a well-traveled 1999 vessel that they’ve upgraded, repaired and rewired as recently as this summer.

“We really don’t talk a lot,” Blank says, “because we already know everything there is to know about each other.”

The connection with the TV program started when Blank’s girlfriend sent an application to the Wicked Tuna producers.

“She saw they were looking for boats,” Blank recalls. “We didn’t think they would talk to us, but she sent it anyway.” The underdog angle appealed to the producers, and the Rasta Rocket was selected for the 2019 season and then invited back for 2020.

The Rocket’s relatively small size creates lots of rooting interest from fans, but it puts them at a definite disadvantage. Shackleton says that winds over 25 mph and seas higher than 5 or 6 feet mean they have to return to port before the larger boats, or they may miss several days when others can compete. Without an enclosed cabin, the Rocket also lacks creature comforts the others enjoy.

When they stay overnight on the rolling water, they’re sleeping and shivering on the deck – including the National Geographic videographer who travels with them.

The premise of the show is this: The competing vessels, including top commercial boats from Massachusetts and New Hampshire who fish in the New England waters of the original Wicked Tuna show, go about 40 miles out from the Outer Banks into the Gulf Stream in search of the best, biggest bluefin tuna they can find in the chilly months of January through March.

Why do it at such a chilly time of year? “That’s when the tuna are there,” Shackleton says with a laugh. By rule, they can catch no more than one fish a day with a 73-inch minimum length. At the dock, the bluefin tuna gets weighed and assessed. For example, a 375-pound bluefin tuna would bring $3,750 at $10 per pound. Top-flight fish can earn thousands more. At season’s end, the winning boat is the one that earns the most money. 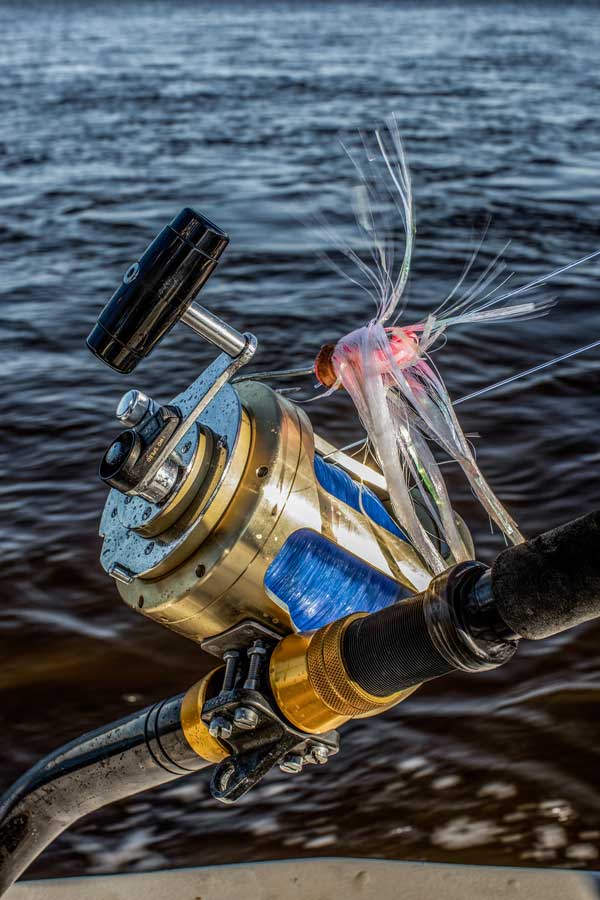 Shackleton’s easy-going demeanor masks a strong work ethic and competitive streak. One of his favorite sayings, as viewers know, is “you have to grind” to succeed.

The crew is serious about commercial fishing. It’s demanding, expensive and their fulltime livelihood. And, as Shackleton points out on the show, there are mouths to feed back home. If it means sleeping in his aging Silverado pickup or the boat itself to get an edge, he’ll do it. If it means looking for oysters when the seas are too rough to seek tuna, grouper, snapper or mackerel, they’ll do it.
Unlike much of reality television, Shackleton says that Wicked Tuna: Outer Banks isn’t scripted. What you see is what happened. Show producers spend the summer editing thousands of hours of video to craft a new season that airs in the fall, capturing the most dramatic moments but also showing the long hours and challenges of successful commercial fishing. The Rasta Rocket crew sees episodes at the same time as the public.

At the time of this writing, the Rasta Rocket crew was waiting to see if they’ll be invited back for a third season in 2021 to again make a regular, six-hour drive to the Outer Banks from their home base in Holden Beach.

So, what happens when the Wicked Tuna experience is over? “We’re a well-oiled machine now,” Shackleton says. “We love being on the show, but we’re going to fish either way.”
He’d like the resources for a bigger, better boat. But, then again, it wouldn’t be the Rasta Rocket. He sees an opportunity to get into charter fishing. “A lot of people would like to fish on the Rocket after seeing the program,” he says.

Shackleton pauses on that thought and notes that he doesn’t believe chartering is what he’s meant to do. A good crew, the water, the fish and Minnie – that just might be all he needs.