by Michelle MackenSep 9, 2020Across the Cape Fear, Business, North Brunswick

If you’re not familiar with the term, a net zero home produces its own energy locally and aims to produce as much energy as it consumes.

Eric and Donna Lazzari are building their net zero home on 4th Street. The home features 30 solar panels and two Tesla Powerwalls, which will help them avoid losing power during a power outage, all installed by Cape Fear Solar Systems. 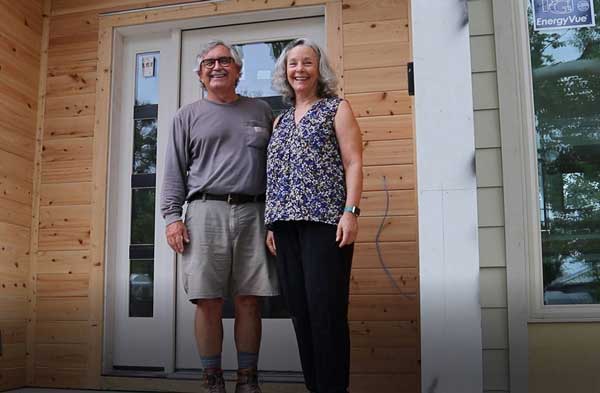 As president of Lazzari Construction Inc., Eric is the general contractor overseeing the construction of his personal home as well as the construction of Cape Fear Solar Systems’ new headquarters, which is also coming to downtown Wilmington. Lazzari Construction builds two to five custom homes each year in the Wilmington area. These homes feature energy-efficient upgrades, high-end finishes and often solar features by Cape Fear Solar Systems. They’re the types of homes his clients refer to as “dream homes.” Finally, Eric is building their own dream home.

“This is the first home we have built entirely for ourselves, and we have put a tremendous amount of thought into the design,” Eric says.

Donna is an environmental and chemical engineer and has dedicated majority of her life working to make a positive impact on the environment. It was important to her that her home will allow her to make an even greater impact now and throughout their retirement. The 1,600-square-foot home will be powered by 10.05 kWs of solar. 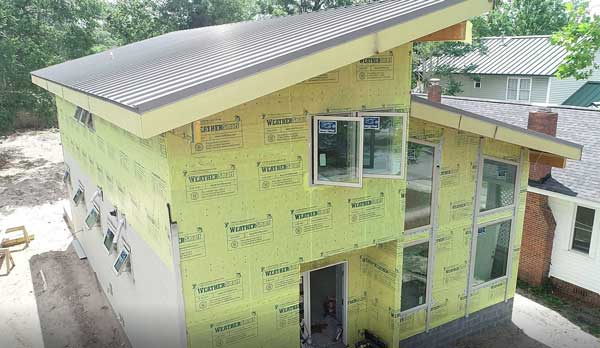 “The amount of energy the solar panels will produce will be more than enough to power the home,” Donna says. “With our solar panels, we will save a lot of money on electricity costs now and throughout our retirement, but we are mainly installing solar to reduce our need to rely on fossil fuels and live as green as possible.”
Energy-efficient features in the Lazzaris’ home include thick, well-sealed and insulated exterior walls as well as Energy Star appliances. The Lazzaris are hoping to see more net zero homes in the future and say they will always recommend Cape Fear Solar Systems as the solar panel installer. Established in 2007, the company has designed and installed more than 1,500 solar systems to date.
“We knew we wanted solar and have known John Donoghue [president of Cape Fear Solar Systems] for years,” Eric says. “We know the kind of work his company does, so there was never a question as to who we would have install our panels.”

The home will work for the Lazzaris now and well into their retirement by design as it features amenities such as a walk-in shower and tub. Every detail was carefully planned, even the home’s orientation to accommodate maximum production for their solar panels. 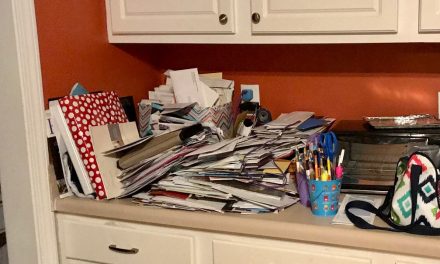 How to Get Organized This Year (with Lauren Wolf)

Looking to the Skies at Ingram Planetarium 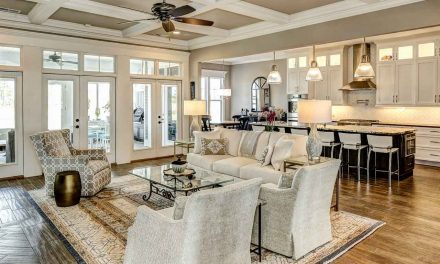