In his 49-year career at Brunswick Electric Membership Cooperative, Don Hughes has traveled a long path from meter reader to CEO.

Don Hughes sits at the desk in his corner office at Brunswick Electric Membership Cooperative and tilts his head in the let-me-think-a-minute posture. He then lists the jobs he’s held since September 1969 when he came to BEMC after graduating from Shallotte High School.

“I started off as a meter reader,” he says. “Then lineman, service tech, runner, reconnector, Oak Island serviceman. There I created the Oak Island district. [BEMC] has three districts.” He pauses to let the fact settle. “Then district manager, vice president of operations and engineering, COO and CEO.” He smiles. “It’s been a great ride!”

Hughes relishes every moment he’s worked at BEMC and projects the confidence of a leader who knows and understands his company and the industry it represents. He was named CEO in June 2014 and at age 67 has no immediate plans to retire. He diverts the conversation away from himself, wanting to discuss the company he loves and emphasize the attributes of BEMC. 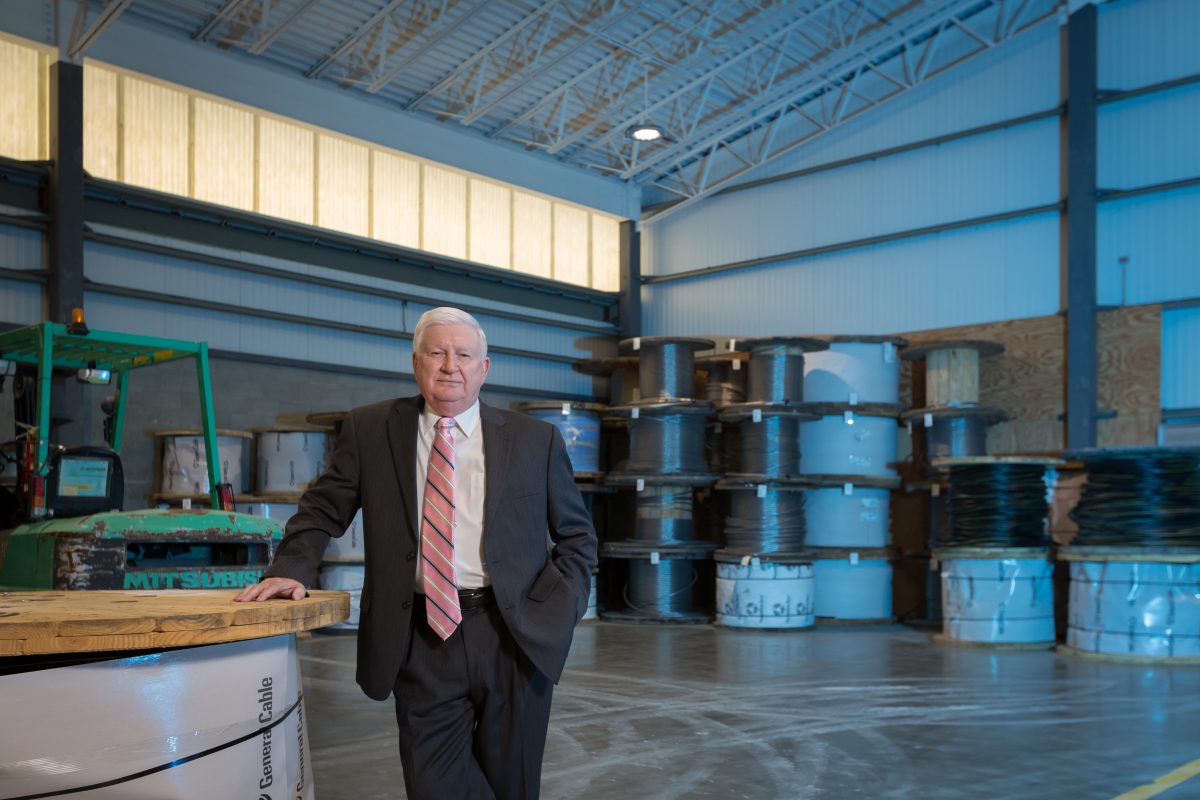 On Lineman Appreciation Day, BEMC treated the entire company to breakfast. Hughes remembers holding that job, explaining that it takes six years to become a certified lineman. “I loved it,” he says. But he sees the CEO position as by far the most challenging. “It has more responsibility,” he says. “You assume responsibility for so many people, and it’s a challenge.”

He says he must employ those who are up-to-date with the ever-changing technology and maintain that technology throughout the company. He’s proud to say that all the barrier islands have lines underground, the reliability rate for service is 99.92 percent of the time and electricity is the cheapest utility people use. “We take a lot of pride in keeping our system up, thanks to the hard work of many retired employees,” he says.

Hughes says he has never wanted to walk away from any of his jobs with BEMC. “I haven’t gotten to that point,” he says, although a turning point for him was in the 1980s when he was working in Oak Island and saw a need for a district office there. He presented the idea to management, and it was accepted. It took about six years to implement.

“Our brand is very hands on,” explains Heather Holbrook, supervisor of marketing communications. “It’s not about ‘I.’ It’s about ‘we’ and the team.”

Hughes emphasizes communication with employees. “I meet with them in each and every office on a regular basis,” he says. “I’m so proud of the employees. I have some of the best in the industry. I like teamwork, working together and supporting each other and emphasizing that employees become team leaders and work together.”

Hughes grew up an only child in Ocean Isle Beach. His father worked construction and his mother, Elizabeth, now in her 80s and living in Shallotte, did factory work. He loved sports and lettered in football, basketball, track and baseball, the sport in which he excelled. He played second base as a Shallotte High School Pirate, the reason why the Pittsburg Pirates are his favorite team and why former Pirates second baseman Bill Mazeroski of the Baseball Hall of Fame is his hero.

“Don was always a very pleasant hardworking student,” writes Debbie Smith, mayor of Ocean Isle Beach, who went to school with Hughes. “He was popular and always had a great sense of humor. I am not surprised that Don has succeeded in his career. He has always been a winner in my dealings with him from high school and profession experiences!” 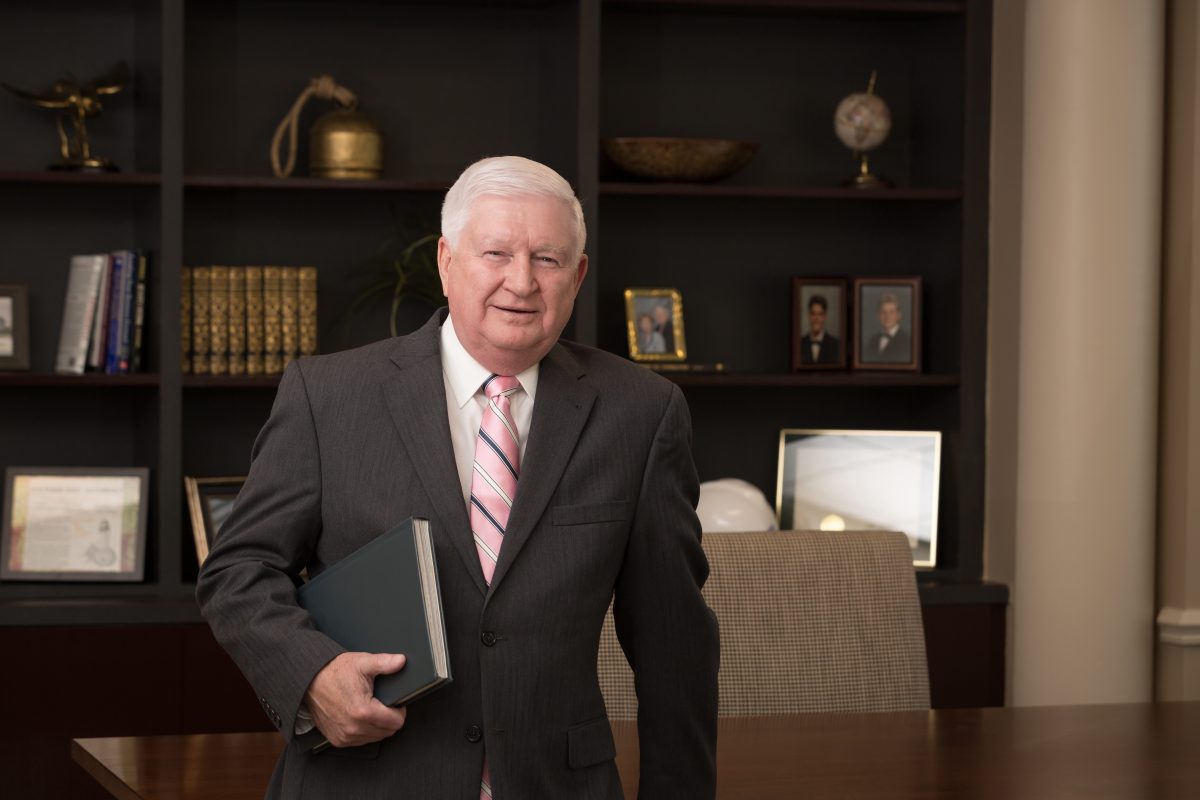 Hughes met his wife, Patricia, who hails from Mebane, North Carolina, when she was hired at BEMC. They married 40 years ago and live in Caswell Beach.

“She’s a great lady,” Hughes says, indicating one of several pictures he has of Patricia in his office. “You have to have a good wife. I have the best.”

The couple enjoy cruising in their Tidewater boat they’ve owned for nine years but haven’t named yet. Hughes also enjoys fishing and golf. Their two sons, Kevin and Jerry, live in Brunswick County with their wives and children.

Hughes doesn’t just focus on family and work. He’s involved in community events. Among the volunteer positions he’s held are twice as president of the Southport-Oak Island Chamber of Commerce board, twice as chairman of the Southport Fourth of July Festival and twice as chairman of the U.S. Open King Mackerel Fishing Tournament. Lions Club, Rotary International and Brunswick Business & Industry Development committee are some of his other volunteer activities. “I like giving back rather than receiving,” he says.

“To say he’s been involved is an understatement,” says Karen Sphar, executive vice president of Southport-Oak Island Chamber. “He’s such a positive person. He says, ‘How do you get this done?’ not ‘We can’t do it.’ If you have a really big problem, you call Don.”

“We have plans for growth,” Hughes says. “We monitor the load. We can tell where there’s an overload.”

One of his goals for BEMC is to continue to work on plans for improvement of their systems. Further, he says he wants “to continue to be the best cooperative there can be in the United States and to continue giving the employees the proper training. When I retire, I want it to be left in good or better hands.”

In many ways Hughes has climbed Mount Everest in his ascent to the top of BEMC. “It was tough growing up,” he says. “I give credit to hard work, dedication, honesty and having faith in the good Lord. And having a wife who really, really supports me.”

His recommendation for others climbing the mountain echoes this belief: “With hard work, dedication, honesty and wanting to advance, no one can hardly stop you if you do that correctly.” 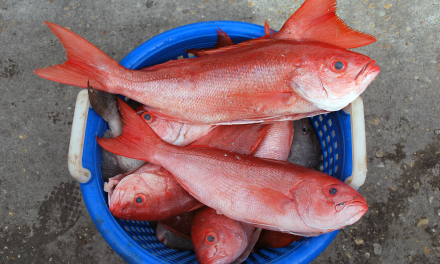