Brunswick County filmmaker Sheena Vaught is proving that creativity can be the path the success. 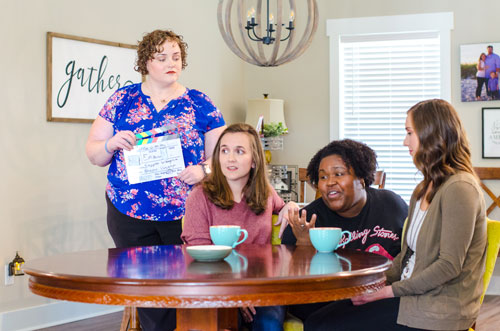 Local filmmaker Sheena Vaught knew from the age of 8 that she was a creator. This is only natural because she was raised in a family of artists — her mother is an art teacher at West Brunswick High School and her father is a graphic designer.

As a film studies major at UNC Wilmington, Vaught experienced many opportunities to create. An internship took her to Los Angeles, but she returned home after one month as the city was not her style. After graduating, she realized her degree gave her the credentials to be a filmmaker or even a film critic, but she lacked the technical skills and experience to land a job in the Wilmington film market. Her mom suggested that she go back to school

“I had just graduated with my bachelor’s degree,” Vaught says. “I did not want jump right back into school.”

But jump she did and found that the Film and Video Production Program at Cape Fear Community College was a perfect fit. “The program gave me the technical experience I needed to be successful in the industry,” she says.

It was on a student project there that she met veteran script supervisor Cornelia “Nini” Rogan, who had worked on such films as New Jack City, The Thomas Crown Affair and The Crow. Vaught was impressed with Rogan’s wealth of experience and eye for detail, and Rogan took her on as a mentee. “Nini encouraged me to become a script supervisor,” Vaught says.

In 2011 Vaught formed A R I M U S E Productions. In her free time and using equipment she already owned, she began developing independent films. In the meantime, her first big break opened up as a script supervisor on Adrenaline, starring John Schneider of Dukes of Hazzard fame.

“Script supervisors are the technical guardians of the film,” Vaught explains. “We are involved in every aspect of production, ensuring that the film stays true to the script.”

Remaining in the business for nearly four more years, she was a script supervisor for BET’s Frat Brothers and UP TV’s Perfect Summer and a production coordinator for The Sin Seer. It was then that the film market in Wilmington crashed, and most of the production companies moved away. Fellow film professionals urged her to move to Atlanta, where the jobs were plentiful, but Vaught decided otherwise. “I want to build my film reel as a director and not chase a script supervisor career,” she says.

“And I wanted to stay in Brunswick County. This is my home.”

In 2012 Vaught began creating her first independent project, writing, directing and producing God in My Fingers, an intimate documentary about Wilmington artist Ivey Hayes. The production lost momentum when Hayes passed away that same year and the project is shelved — “for now,” Vaught says. 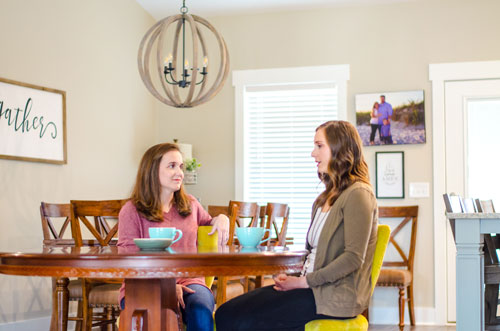 Needing a solid income, she took a job in retail to make ends meet then took an administrative position.  For the past four years, the administrative job has allowed her the freedom to create on nights and weekends.

Vaught’s project The Fervent was released in 2016. It was her first experience in a complete project and  it was not without difficulty. “I got to have the vision and go through all the complications of seeing that vision fulfilled,” she says. “That was one of the most rewarding things I’ve experienced so far.”

Her most recent Independent film project, Convicted, was screened at the 2019 N.C. Black Film Festival, which celebrated its 16th anniversary in Wilmington in 2019. The film was shot and edited in one day.

“We ate breakfast at the Bagel Dock in Calabash after filming,” she says. “That was the extent of my budget.”

Vaught’s newest project is based in Brunswick County. Coffee with the Girls is a table talk show that features local women who have inspiring stories to share. In five episodes, Vaught’s host, Mooney, shares frank and expansive discussions over coffee with one woman in each episode. Vaught is the creator, director, camera operator and editor for this unscripted production.

“I wanted to take a look at the strong women who contribute to our society and our culture,” she says. “I want to be a voice for women to speak out and to share the things we are all dealing with, relationships, jobs, the whole human experience.”

The show places an emphasis on faith. The first episode features Janet Baker, who put her writing career on hold to raise her family but later built a successful interior design business. Since retiring, Baker founded the Widow’s Mite Experience, which focuses on drilling water wells in poverty-stricken countries. She just recently wrote a book called By Design.

Another episode features a woman who dropped her social media habits when she realized the influence her selfies were having on her children. Now she is the founder of a skincare line. One subject is a woman who struggled with her husband through infertility but is now the mother of a thriving two-year-old; another is a woman who was raised in a fatherless home but has been in a successful marriage herself for nearly eight years. One episode features the wife of a minister who recently opened a new church in Shallotte. The episodes debuted on Facebook in the spring and will be archived and available to stream once each airs. 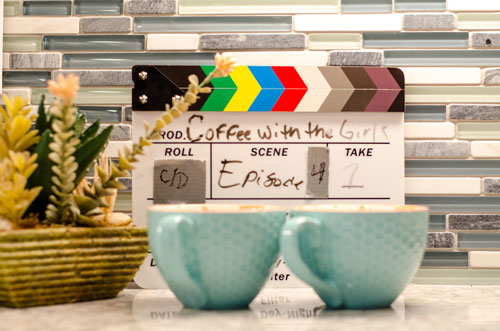 “This is an exciting time for creative people,” Vaught says. “I am surrounded by creative people, but they’re working at the grocery store or at the plant or are teaching. They all feel like they need to be practical and to have sensible careers to pay the bills — they consider their creative careers as a pipe dream.”

Vaught’s goal is to one day have a film studio in Brunswick County. She wants to employ locals who never thought they would have such an opportunity. “I want to give people freedom to create — especially those who don’t dare to dream.”

And the point is, she wants to do right here.  “I absolutely love where I live. I love Brunswick County, and I don’t have to go to Hollywood to be successful.” 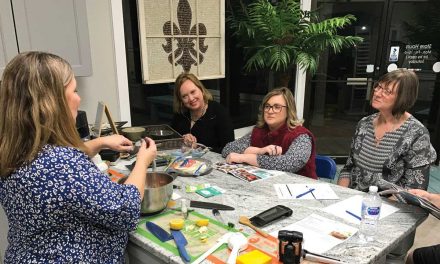 Creativity with a Purpose

Dancing with the Brunswick Stars 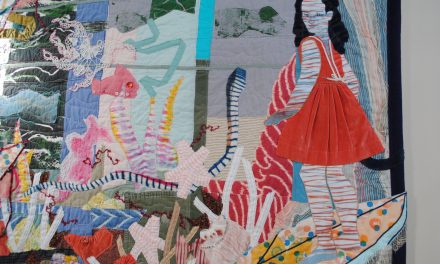