Crosswinds Church in Leland plans to expand its community outreach with a facility that will support a variety of local ministries.

With its latest fundraising campaign, the church is planning to build a facility that will support its own and other local ministries so that everyone can do their best outreach work efficiently.

Crosswinds launched its giveHope campaign, a three-year commitment, in August 2015. It’s an initiative to build the Hope Center, an outreach hub that will serve the community in a variety of ways. The church plans to break ground on the nearly $1.5 million facility by mid 2016 and open its doors by January 2017. It will sit on 13 acres at 445 Lanvale Road.

The Hope Center will house a food ministry and other outreach programs of existing organizations in the area. It will also provide a new worship space for the church flanked by a children’s area with rooms for varied use. The church has challenged its attendees to raise $300,000 to cover needed expenses via the giveHope campaign.

“Our absolute goal is for it to be completely funded by the church,” says Pastor Scott Hennis, who leads worship at Crosswinds and has also been named Hope Center Director. 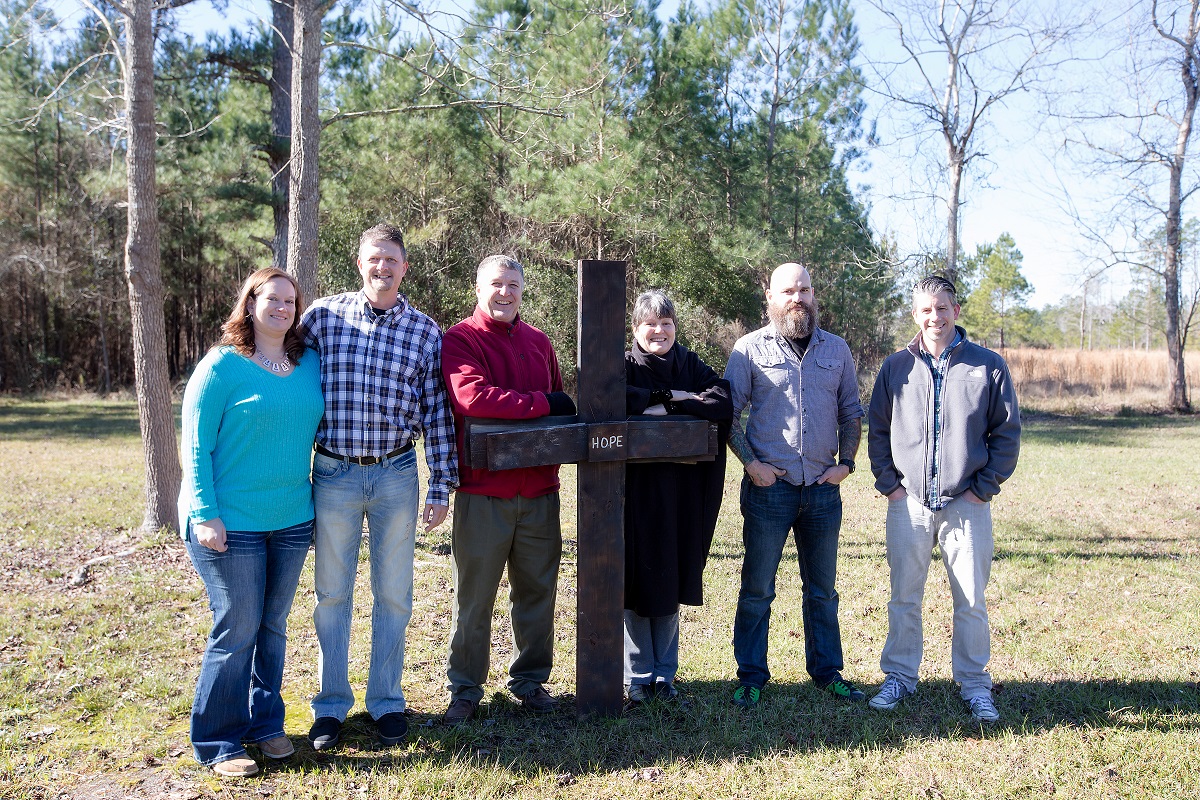 He plans for the Hope Center to provide a steady outreach venue for such services as food distribution, medical care, counseling and clothing distributors. Ministries already serving Leland and nearby areas will have the opportunity to be stationed the facility, which Crosswinds staffers have pinpointed as an ideal site for service. The Lanvale Road plot has ample area available for building. The property will offer land not only for the Hope Center and worship space, but also for additional buildings to facilitate potential needs and goals, such as a Hope Center facility custom built to distribute goods and host other organizations.

“The Phase 2 would be to build a new Hope Center,” says Hennis.

Current floor plans, provided by Zion Church Builders Inc., feature a nearly 15,000-square-foot facility. The “Hope complex” used for outreach is about 2,500 square feet, while the main church area will fill most of the remaining space with an auditorium seating about 300 people.

Church staffers look forward to serving from the Lanvale locale. Lead Pastor Chris Vernon and Hennis explain that their desire to unite Leland in what they agreed to be the intersection of best fit.

“We believe that Lanvale is kind of that bridge of both old and new Leland,” says Vernon.

For Crosswinds, there has been a lofty wait for the Hope Center. Hennis began the conversation that would lead to giveHope about five years ago. Vernon explains that he wanted Crosswinds to become “more than just a church that meets on Sunday” when the church was launched in 2009. He says that partnering with other ministries was an important quality for Crosswinds to have from the beginning.

When Crosswinds discovered the previous Lanvale property owners, River of Leland church, had not established a use for the land, they took the opportunity to claim it when it surfaced on the market, closing a three-year search for ideal property.

The men agree that it will take a village to raise the Hope Center. In order for it to operate, as well as achieve its vision, the coordinated effort of individuals and organizations is key. 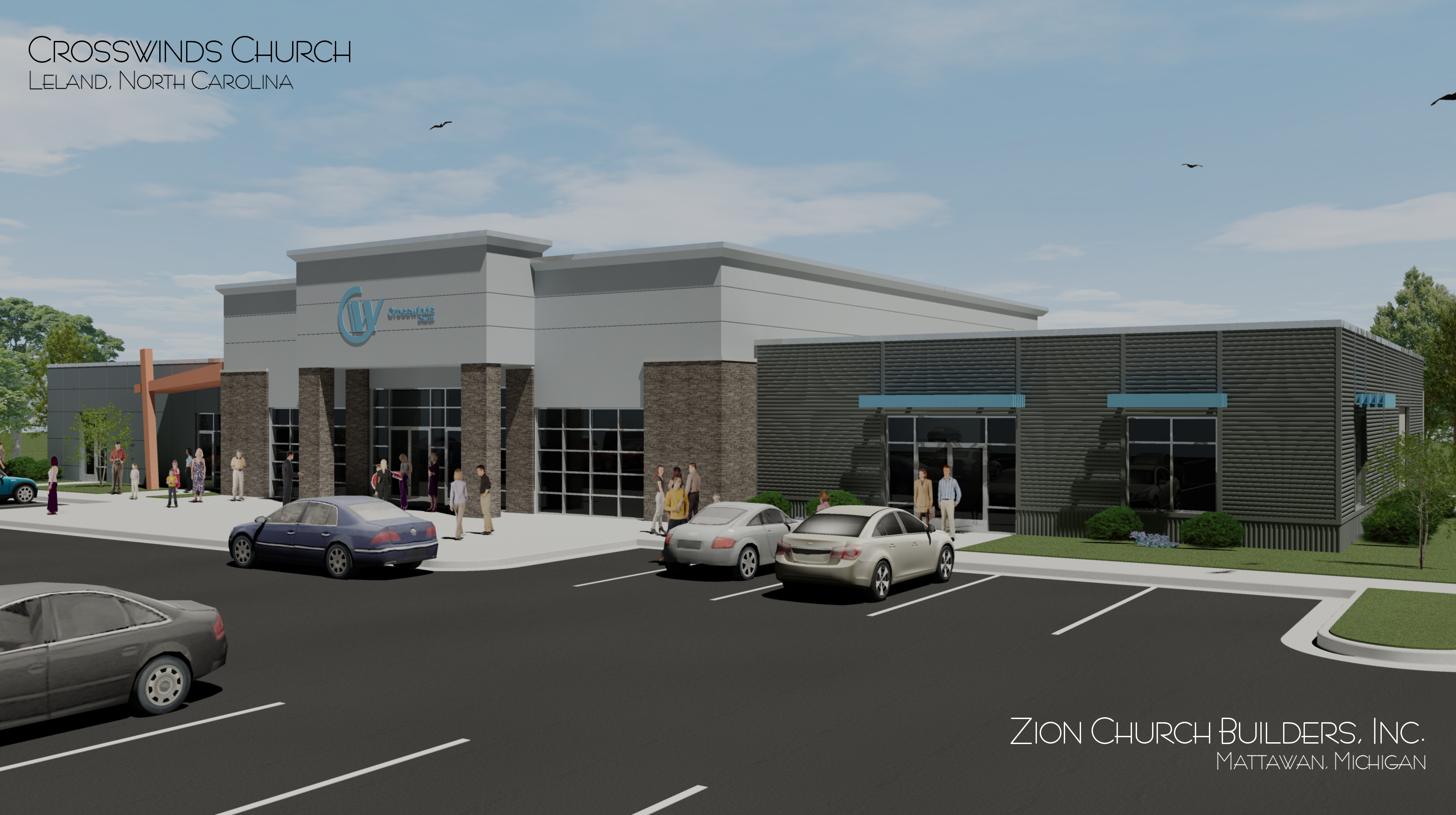 He explains the concept of parachurch ministries, which are faith-based organizations that operate as standalones in the endeavors of service and evangelism. With the aid of the Hope Center, parachurch ministries and other programs will be able to carry out their missions in a bigger way.

One service that might partner with the Hope Center is Manna Ministries, which gives free groceries to families in need.

“For us, it is not wise to start a food ministry but wiser to assist Manna and do what we can do to make it grow deeper,” states the giveHope website.

Manna Ministries’ director, Pastor Jay Merritt, shares his interest in the potential partnership with Crosswinds at the Hope Center.

“The official word is we’re continuing to pray about how we might be involved,” says Merritt. “Having more room and more room to grow is definitely on our prayer list.”

Currently, Manna Ministries operates out of a facility behind Closer Walk Church on Village Road in Leland. A move to the Hope Center would offer a larger space to mobilize its services.

One of Manna’s standing outreaches has been meal distributions to hungry families in the Leland area. Each month, Manna gives food to 125 families in need. In addition to this, Manna runs its Daily Bread outreach to reach hunger needs more frequently.

“It’s a whole community effort,” says Merritt. “It’s what we like to call the Christ church without walls.”

Crosswinds’ rapport with Manna was established early. According to Merritt, Manna received a donation from Crosswinds even before it opened its doors for church.

“They’ve wrapped their arms around us to get ideas of what a Hope Center in the Leland community might look like,” says Merritt.

Another potential partner to join the Hope Center is the mobile cooking ministry Grace Ablaze. Grace Ablaze is run by Crosswinds attendees Walter and Jackie Blankenship. The Blankenships built Grace Ablaze, a namesake uniting Walter’s spiritual journey and his love for grilling, largely through relief missions for tornadoes that had destroyed parts of Kentucky and other places such as Tuscaloosa, Ala., in 2011.

“We would go in after the fact and feed the families there,” says Jackie.

The Blankenships moved to Brunswick County from Kentucky and now serve Brunswick County out of a food trailer equipped with grills. Grace Ablaze has cooked for events such as community cookouts in Leland and the Shallotte Christmas Parade. It has also partnered with Manna for hunger relief events. Moving into the Hope Center would give Grace Ablaze a stable place with good appliances. They would also gain the luxuries of consistency and frequency in terms of serving people.

“I believe they’ll be able to come there and have all their needs met in one building,” says Jackie.

Grace Ablaze would still conduct its mobile ministry once the Hope Center is up and running, but they would appreciate having a home base at the center.

Both Manna and Grace Ablaze have embraced the vision Vernon and Hennis depict. Serving those in need has long been a community-wide operation, as each ministry has served many of the same citizens. 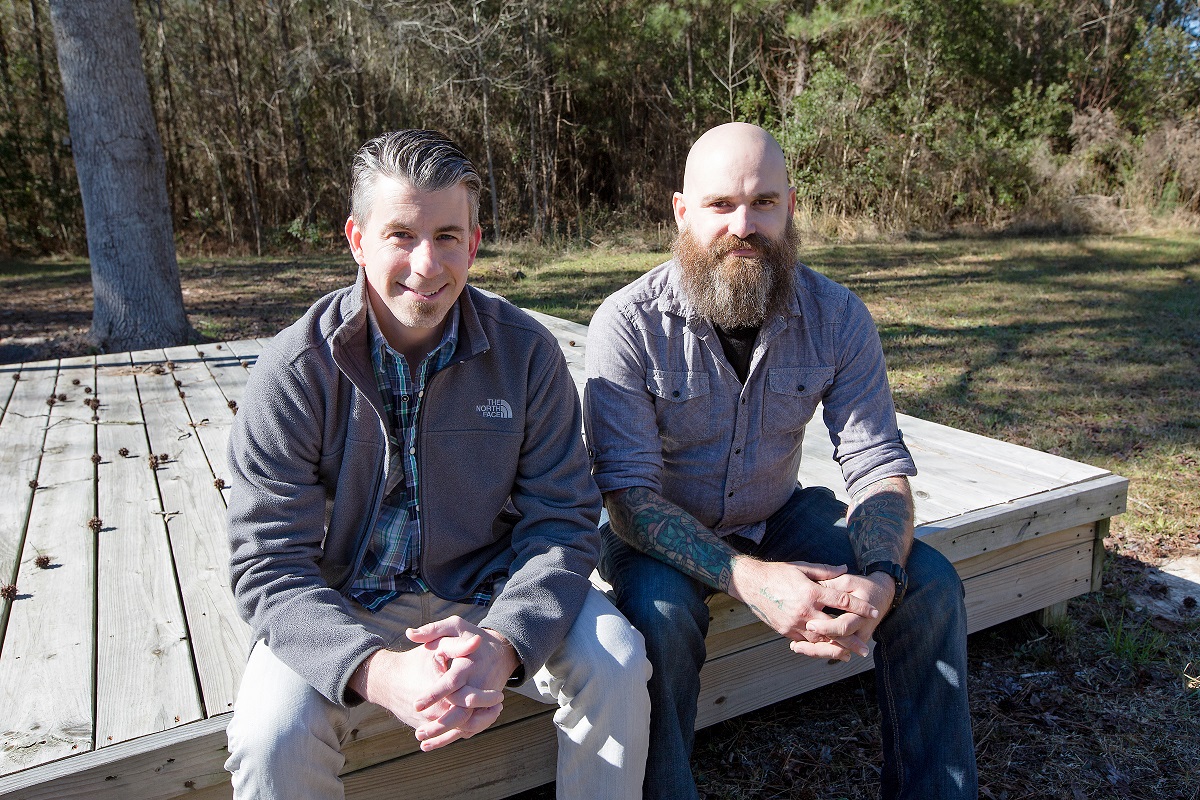 Hennis explains that the church wants to be “as flexible as possible” with the new space. In addition to parachurch ministries, he says Crosswinds is open to providing meeting space to church plants not yet having a permanent worship facility or a variety of other causes, such as parenting classes.

Nonprofits that serve out of the Hope Center might provide volunteer opportunities for church attendees and citizens. Vernon shares how multiple services, faith-based or not, share in the effort to help neighbors.

“This is not about filling attendance,” he says, “this is about how Jesus called us to care for people.”

Ministries and individuals alike will have the opportunity to advance this mission at the Hope Center. Hennis describes the organizations that will use the space as “not tenants but overall participants in the mission.”

The Hope Center intends to combine efforts to make a larger, more consistent impact. Feeding families and offering other goods and services is just a portion of the mission.

“It’s not enough to just throw money at a problem,” he says, “it’s to get people involved —get people to be hands-on.”

Hennis and Vernon describe how an ideal “circle of service” would involve those being helped to eventually join the helping. “Old” and “new” Leland could unite in what would be “new” Leland helping what locals have established. Regardless of provisions, all parties mentioned share the hope of helping people deepen their faith. 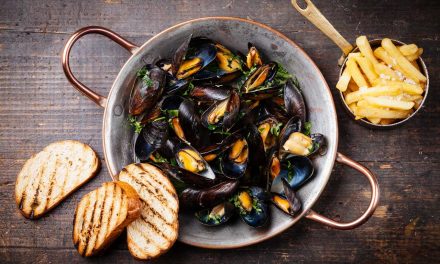 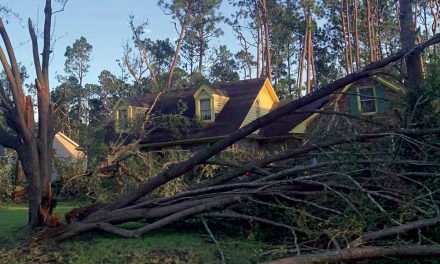 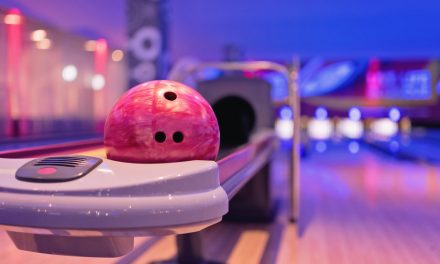