When interior designer, Esther Sadowsky, moved from New York City to Leland, her business took a different direction but her goal remained the same: to turn a house into a home.

Sadowsky, born in the Bronx and raised in Queens, began her career in design at the Fashion Institute of Technology (FIT) in Manhattan. After graduating in 1972, she spent the next 18 years working as a successful textile designer, creating designs for major manufacturers like Ralph Lauren and Calvin Klein.

But technological advances in the field eventually drove Sadowsky to shift focus. 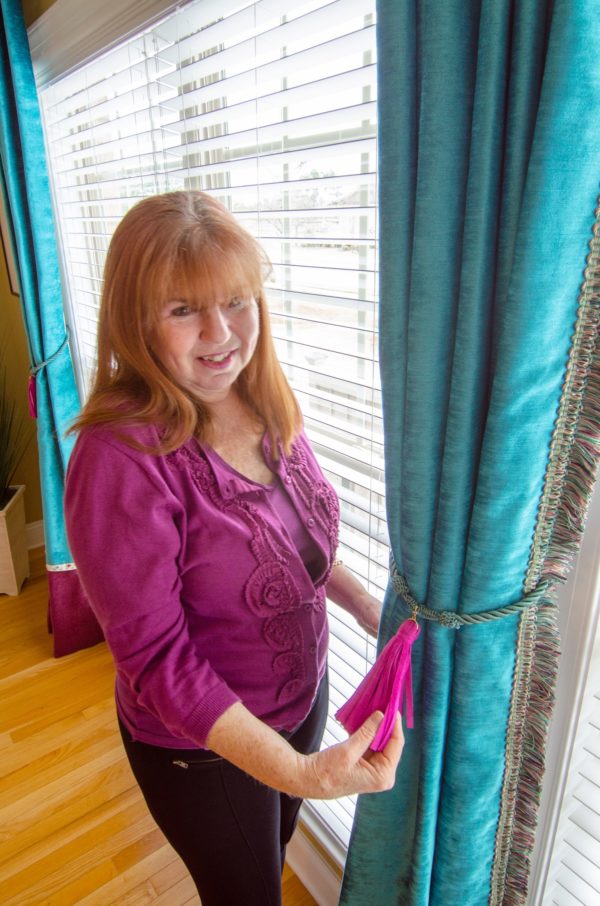 “I had a very good business of hand-painting plaids, stripes, and prints and then the computer came in and did away with business,” she says. “It would take me a day to design, paint thread for thread and matching colors, and the computer would do it in seconds.”

Inspired by the births of her nephews and other new babies in the family, Sadowsky began applying her talent to creating hand-painted children’s furniture and developing her interior design firm, which she named Charm & Whimsy Interiors.

Part of what makes her work unique is that she not only does the interior designing – choosing colors, buying furniture, accessorizing – but she also does all of the craft – sewing, painting, embellishing. She creates special pieces that you just can’t buy at HomeGoods or Target.

It didn’t take long for Charm & Whimsy’s innovative and functional children’s spaces to take off in New York City and surrounding areas.

“I [became] the queen of theme for kids’ rooms,” Sadowsky says.

From garden rooms for girls to outer space rocket-ship rooms for boys, she created countless themes whilst often painting murals and furniture with characters from fairytales and books.

Charm & Whimsy Interiors also became a participating firm in many charitable causes including Ronald McDonald House and Quilts for Kids. And her work became widely known thanks to appearances in several Designer Showhouses, on television programs like HGTV, and in articles for national publications including The Wall Street Journal. She has given lectures at many schools, led seminars called, “Designing Your Child’s Room for Fun, Function & Safety,” and mentored students going into the arts. 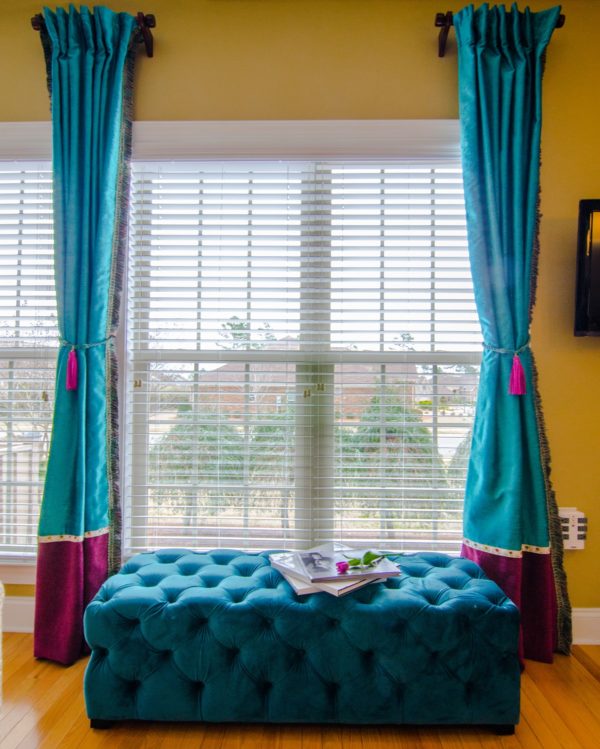 Sadowsky’s work encompasses not only children’s spaces, but also any room in the house, and entire houses and apartments. One of the highlights of her career thus far was redesigning a studio apartment for a woman who had breast cancer and felt she needed a change to help herself through that very hard time. When the redesign was finished, the client told Sadowsky that she had changed her life. The client finally looked forward to waking up in the morning with renewed interest in her home and a renewed lease on life.

Sadowsky’s design process starts with an initial consultation where she takes copious notes, takes photos for “before” pictures, and then returns with fabrics, wall coverings, rug samples, and paint colors as the room begins to come together. She explains that the client dictates the budget and can choose whether to transform the whole house at once or take it room by room. But there must be a future plan in place, she explains, in order for all of the rooms to be cohesive.

Up North, many clients sought Sadowsky’s services before they began the process of building a home, so that she could advise them on the flooring, wall coloring, lighting, furniture, installations, and more. But down South, Sadowsky finds that most people don’t initiate interior design until after they’ve built, which can change her role from creating designs from scratch to fixing and revamping design aspects people regret. Another difference she’s experienced is the abundance of open floor plans in this area, which call for a consistent theme throughout the space.

While she’s hired for her expertise, Sadowsky says it’s not always easy for people to open their minds to a new way of doing things. In fact, it’s her greatest challenge. Common misconceptions are that the television needs to be the focal point of a room, that furniture shouldn’t be painted over with lighter colors and accents, and that firmer seating, wider pathways, and a zero-entrance shower aren’t necessary.

“A lot of younger people – baby boomers, of which I’m one – don’t picture ourselves getting old … but it happens and it’s better if you’re moving to make the changes now,” she says. 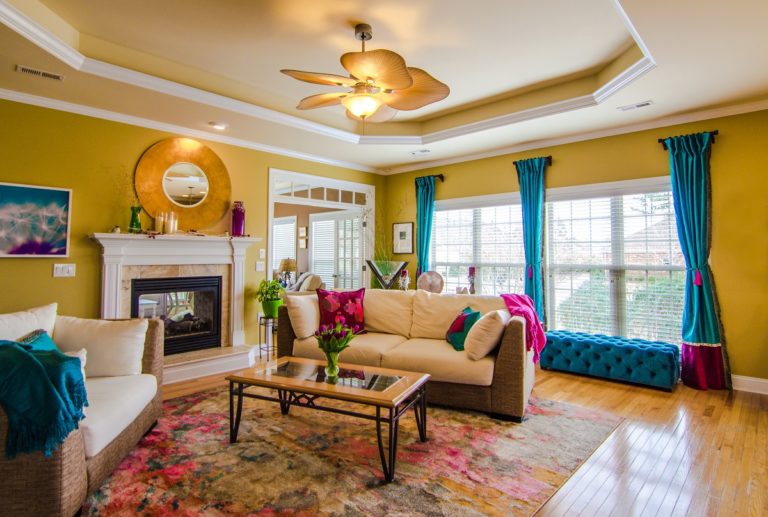 Sadowsky shares that there’s a certain color palette that appeals to her, but that she’ll work with any color schemes her clients envision. She prefers neutrals, natural colors like copper, rust, bronze, beige, hay color, oatmeal – colors that enable her to embellish a room with art and collectibles and to stage the bookshelves with collections that give a room history.

“There should be a mix of new and old, different heights and shapes, a look that pulls it together … there should be a look of continuity like it was designed over time,” she says.

Sadowsky shares that she’s a huge fan of collectibles that are grouped in one location so they make a visual impact. Anything can become a collection, she explains. For her client in the studio apartment, it was a group of elephant figurines that added a lovely focal point to the room.

In June of 2015, Sadowsky and her husband relocated to Brunswick County and Charm & Whimsy came with them. Here in Southeastern North Carolina, Sadowsky says that houses have a different vibe than they do in the Northeast. Oriental rugs, dark wood furniture, and heavy, gold, ornate frames are out of place in bright, airy, sunlit rooms.

“Not everything has to be coastal,” she says, “but you want it to be lighter.”

Word about Charm & Whimsy Interiors spread fast in the area. Conveniently located in a finished office above Sadowsky’s garage in Brunswick Forest, it’s her space to design, sew, paint, and dream. These days, she tends to tackle less of the heavy hand-painted furniture pieces due to the physical demands of it, but she still does murals if asked and finds it hard to resist a request for painting over wood-end tables with “off-white color, a little bit of whimsy, and a touch of coastal.”

Sadowsky also fabricates draperies, valances, cornices, cushions, pillows, headboards, lampshade covers, and more. And she recently began teaching sewing classes to kids. Having grown up in a family of tailors, with three grandparents who worked in the NYC Garment Center and another grandfather who worked as a carpenter, she finds it meaningful to pass on her sewing and woodworking knowledge.

“I love to teach children to sew,” she says, “it’s a skill they will take with them for the rest of their lives.”

Sadowsky says that while she doesn’t have children of her own, she is known to hundreds of kids as, “Aunt Esther,” and she’s already seeing some of those kids grow up and have children of their own.

A favorite anecdote of hers is about two sisters for whom she designed bedrooms to fit their developmental stages – a nursery, a big girl room, and a teen room. When the girls went off to college and their mother had no further need to have their rooms redecorated, one of the girls promptly asked her mother if she could hire Sadowsky to style her dorm room (to which their mother responded, “If you pay for it yourself!”). It’s proof of Sadowsky’s ability to transform a room into an enchanting and practical space that leaves a lasting impression. 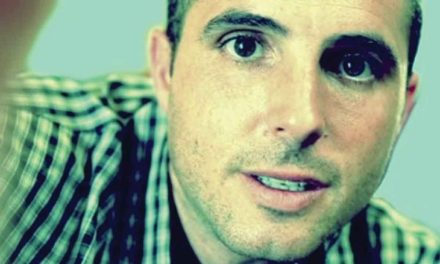 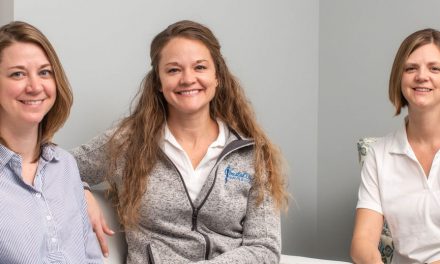 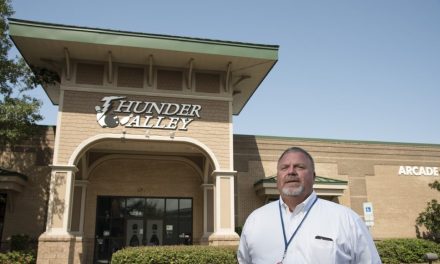 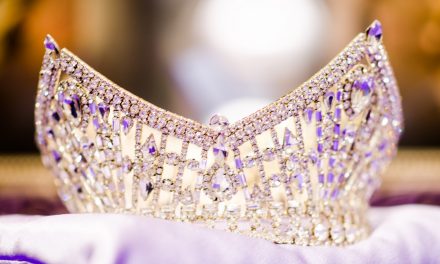