Sunset Vision and the State of North Carolina honor Carmel Zetts for her tireless commitment to protecting the sea turtles and wildlife of Sunset Beach. For more than two decades Carmel Zetts has led the effort to protect Sunset Beach’s loggerhead sea turtles — one of coastal North Carolina’s most fragile species. Zetts is on call day and night to provide assistance or advice for turtle rescue or rehabilitation efforts to wildlife staffers, turtle watch volunteers and beachgoers alike during the turtle nesting season. That might be enough dedication for some, but Zetts’ service to wildlife doesn’t stop there. 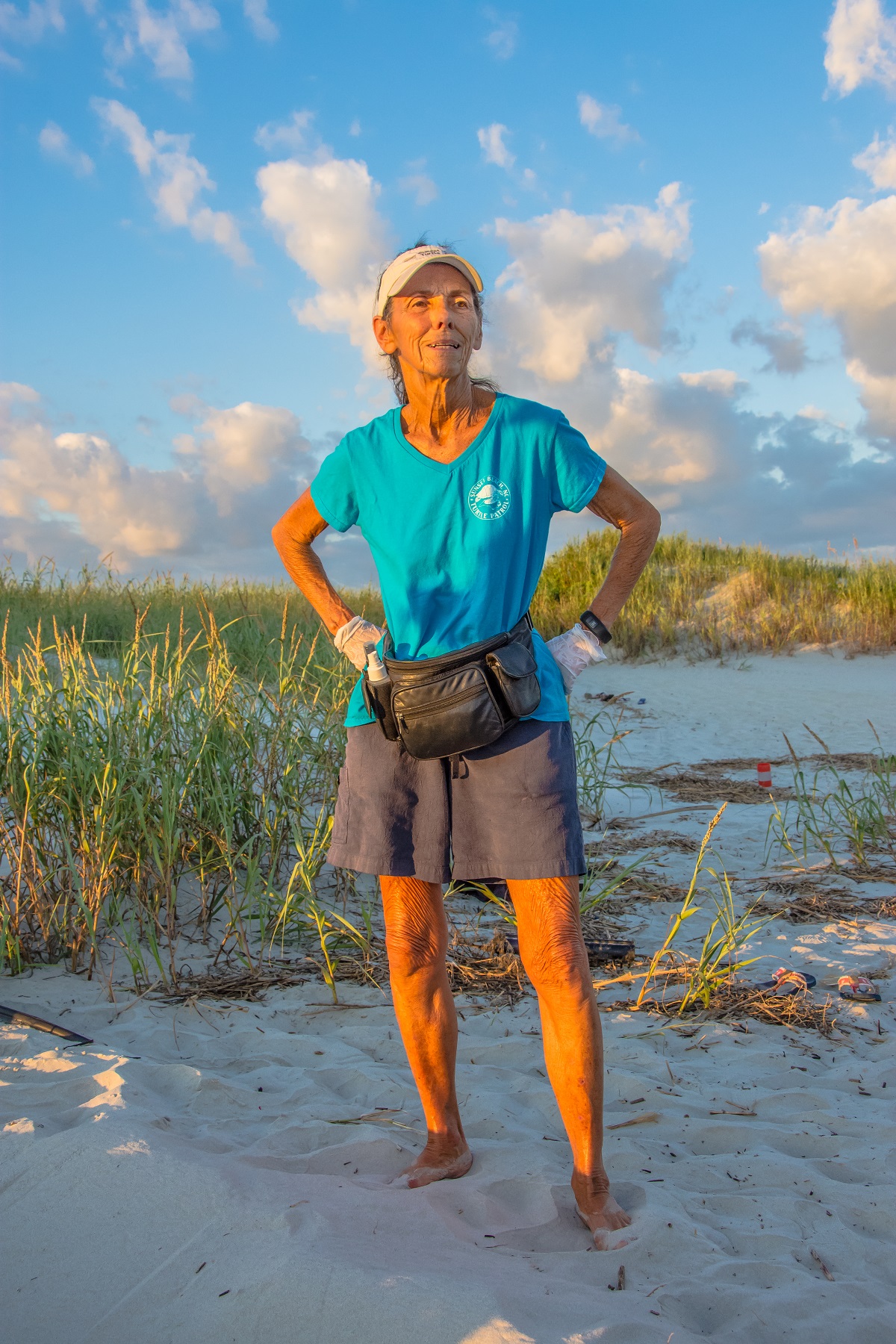 She’s the first person that local police and fire department personnel call for rescue situations for injured or stray birds, cats, deer, raccoons and dogs in Sunset Beach. Carmel and her husband, Ray, spend countless hours each year driving back and forth to the wildlife rehabilitation shelter delivering injured or orphaned animals. Zetts has committed her life to wildlife conservation as an educator, fundraiser, mentor and leader, and for these reasons Sunset Vision, a nonprofit organization in Sunset Beach, honored Zetts at its second annual Sunset Visionary celebration on October 19, 2017, at the Museum of Coastal Carolina. Sunset Vision’s mission is to enrich the community by funding, maintaining and sponsoring amenities that promote nature, education, volunteerism and accessibility in Sunset Beach. Zetts is the epitome of a Visionary. On being honored as this year’s Sunset Visionary, Zetts said, “I am speechless. It’s wonderful to be recognized this way.” She said that she appreciates the support of every volunteer who contributes his or her time and added, “I couldn’t do any of this without all of those who are as dedicated as I am.” Turtle Watch volunteers and longtime friends of Zetts delighted the crowd with personal stories of her compassion, dedication and love for the animals she protects. Kathy Scott, Darlene Kennedy and Trish Kelly referred to Zetts as The Turtle Whisperer. Sunset Beach Deputy Fire Chief Richard Childres, who often calls upon Zetts to rescue injured birds on the beach, told the attendees about the crowds that often congregate on the beach during these rescues. “Carmel always explains to them what she’s doing and why she’s doing it,” Childres said, explaining that if there are children in the back who can’t see everything, Zetts quickly spots them and asks them to come forward so they can learn too. “That’s probably my favorite thing Carmel does,” Childres said. A Sunset Visionary is an individual in the community who contributes his or her time, volunteerism, personal and professional skill and above all vision to make Sunset Beach the ideal community in which to work, play and live. “Each year we like to celebrate and honor a Visionary in our town, and Carmel is a perfect example of what a Visionary is,” said Pete Larkin, Sunset Vision board member. “Someone who unselfishly makes our town better for all of our citizens and visitors.” 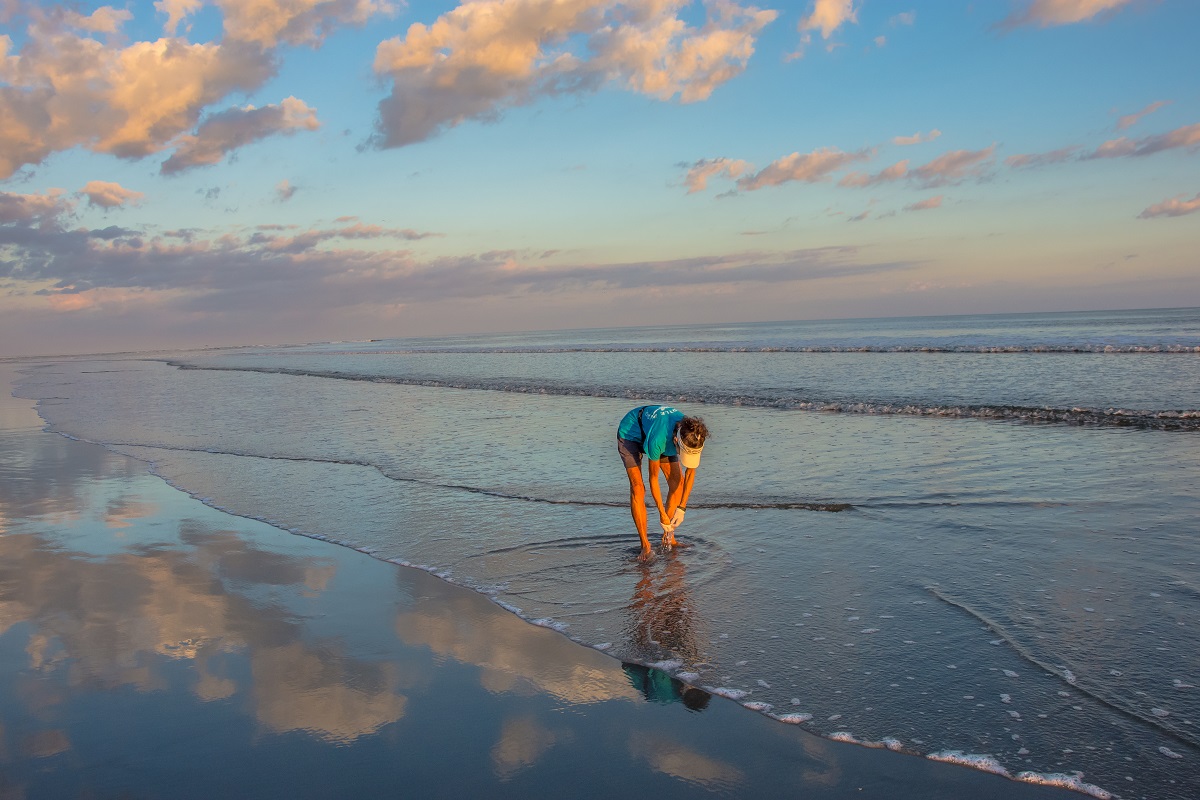 Being honored as a Visionary was only part of the celebration. During the event, Zetts also received The Order of the Long Leaf Pine, North Carolina’s most prestigious award for a citizen. The award is bestowed to a civilian for service that is above and beyond the call of duty and has made a significant impact and strengthened North Carolina. Mayor Robert Forrester of Sunset Beach presented Zetts with the award on behalf of the governor’s office. “Reposing special confidence in the integrity, learning and zeal of Carmel Zetts, I do by these presence confer the Order of the Long Leaf Pine. Signed Roy Cooper,” Mayor Forrester read from the award. Zetts’ passion for the loggerheads started when she and Ray first moved to Sunset Beach in the early 1990s. She walked the beach every day and eventually heard about the turtle program, originally led by Minnie Hunt. She inquired and found out they were looking for walkers to assist with the monitoring of turtle nests. Zetts asked Hunt, “How will I know where the turtles are?” Hunt replied, “You’ll know. You’ll see the tracks.” That was her only advice. What Zetts didn’t know, she soon figured it out, and for nearly 25 years since she’s been protecting the nests, along with her dedicated team of volunteers. On any given day during the summer months, just before dawn, Zetts and her volunteers walk the beach in search of fresh tracks. They record nesting sites, move nests that may be threatened, record turtle hatches and help the hatchlings safely reach the ocean. But it’s not just protecting and monitoring the nests that the Sunset Beach Turtle Watch volunteers are charged with. They rescue injured sea turtles for rehabilitation, they assist with conservation efforts for the turtles and the beaches and, most importantly, they are educators. A crucial component of the Sunset Beach Turtle Watch Program’s mission is educating the public on the ecological importance of the turtles and how they can help lessen the threat of their extinction. 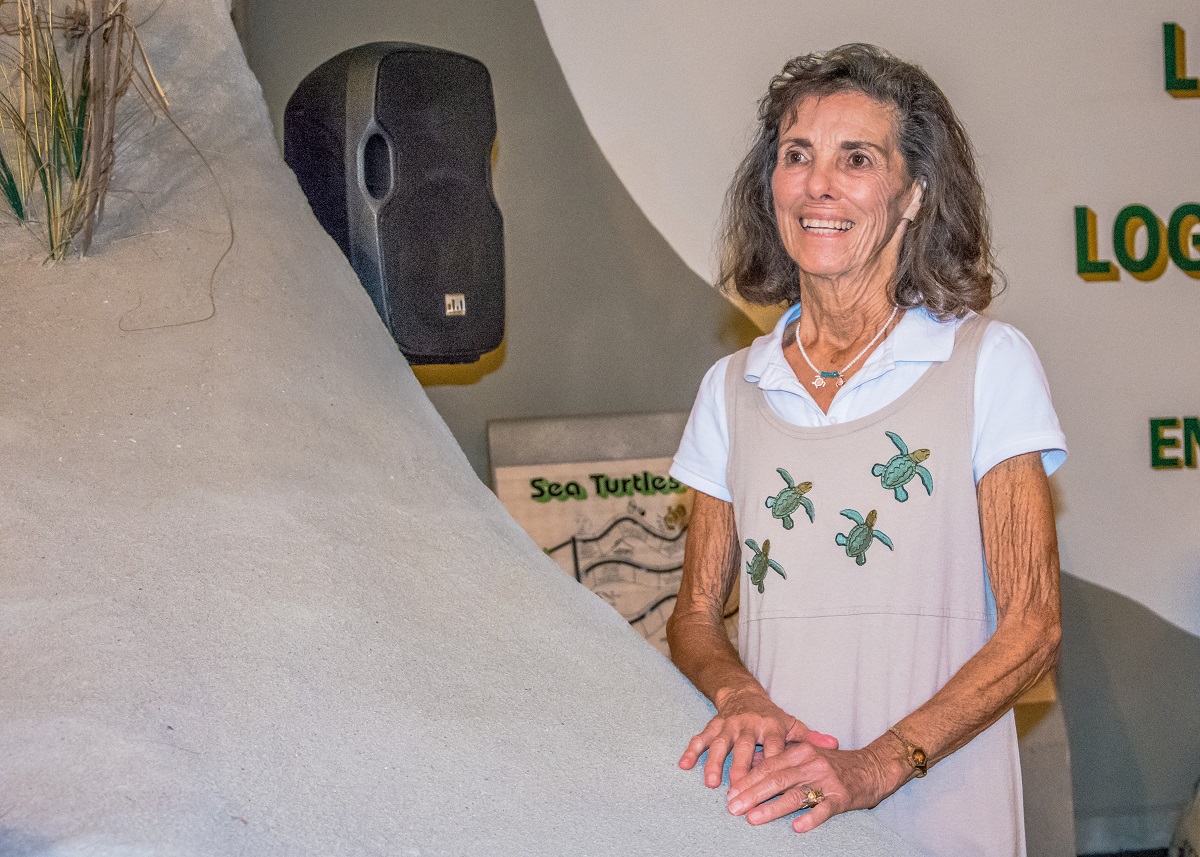 “We have to preserve the turtles for future children,” Zetts says. And the future of sea turtles depends on the children. That’s why you can find Zetts and other volunteers every Sunday evening at 7 o’clock during the summer months hosting their Turtle Time informational program. It includes a famous turtle dance gladly performed by the volunteers to the delight of children — and adults — in the audience. Kathy Scott, a volunteer and friend, says of Zetts: “In my opinion, she is first and foremost, a teacher.” And with thousands of visitors to Sunset Beach each summer, there’s no shortage of new students. With 21 nests to look after, 2017 was a busy year for Zetts and the Sea Turtle Program volunteers. The sea turtle hatchling boils — when all of the hatchlings in a nest come out at the same time — occur from the end of June through the end of August and are popular events for residents and visitors alike. Generally they occur at night and more than 100 loggerhead hatchlings crawl from the sand and make their way to the ocean, drawn by the moonlight. Zetts and her team of volunteers are there to provide the turtles assistance if necessary. The reality is that only one hatchling in a thousand makes it to adulthood — 15 to 25 years. But that doesn’t deter Zetts and her team from doing everything they can to give the turtles a head start at life. Rain or shine, day or night, the Sea Turtle Watch volunteers take and share the responsibility of protecting the sea turtles of Sunset Beach. With Zetts’ inspirational leadership and commitment to increasing the awareness and need for sea turtle conservation, she’s teaching us all to appreciate and value these living creatures. “And it’s not just about the turtles, dogs, cats and shorebirds,” says Trish Kelly, a fellow volunteer and friend. “Carmel deeply cares about all living things.” 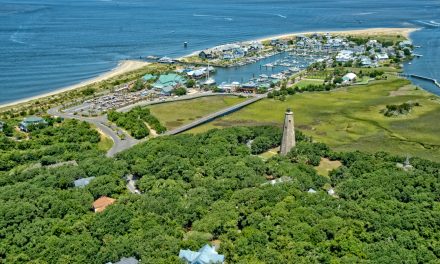 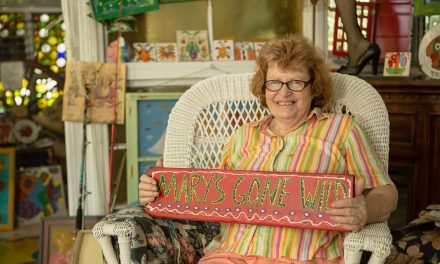