How to Preserve the USS North Carolina Battleship

The Generations Campaign is funding much-needed repairs to the hull of the USS North Carolina.

Captain Terry Bragg has been at the helm of the USS North Carolina Battleship for the past six years. A retired U.S. Navy captain with 30 years of service and now the battleship’s executive director, this man knows how to run a tight ship. 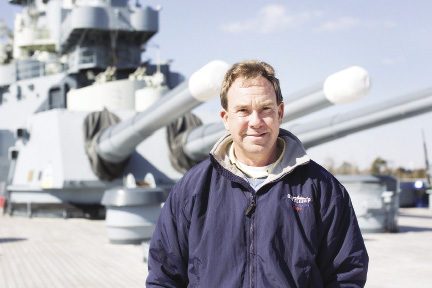 Bragg is no stranger to North Carolina history. Shake the family tree of this Jacksonville, N.C., native and you’ll find a former North Carolina governor, as well as a Confederate general with an army base named after him. Suffice it to say, Capt. Bragg’s Tarheel roots run deep. That’s why he believes in the importance of the battleship’s Generations Campaign to finance the preservation of this National Historic Landmark and local treasure.

Bragg is well versed in the history of the nearly 75-year-old vessel. He knows she is more than just a visitors attraction.

“Annually, we contribute about $24 million to the local economy,” he says. “But most importantly, she is the memorial for the 10,000 men and women from North Carolina who served and died during World War II.”

Like any captain, Bragg is very proud of his charge.

“We are the most historically accurate ship from World War II,” he says. “There are over 175 World War II ships preserved around the world, but we offer more square footage on the tour route than any other ship. And, unlike most, we have lower and upper decks that are open for tours as well.”

The USS North Carolina is not only well preserved, with original fixtures, furniture and even spare parts for nearly every moving object on board, but she is also the most decorated battleship for service during WWII. The first battleship to be built for the war, she was the most technologically advanced at that time.

“There’s an excitement about our battleship that transcends the state level to not only national, but international as well,” Bragg says, noting that it is not uncommon for the staff to host international delegates from Europe and Asia who want a behind-the-scenes tour.

“She is the only battleship to receive 15 battle stars,” Bragg says. “And the surrender treaty between the United States and Japan was signed on the USS Missouri for only one reason — the president of the United States was from Missouri,” he says, certain the North Carolina would have served that duty otherwise. 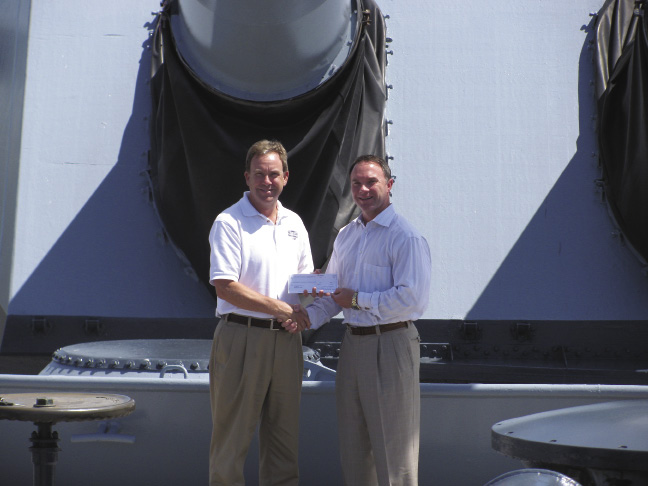 After serving her country well — she was present at every major battle in the Pacific — the USS North Carolina was decommissioned and placed in inactive reserve fleet until 1958, when the people of North Carolina saved her from the scrap yard and raised the money to bring her home.

“When the Navy ‘donated’ the battleship to North Carolina back in 1961, it was with the stipulation that the state would maintain it according to naval protocol,” Bragg says. “And we have — but none of this ever would have happened without the people of this state.”

The ship was destined to become the People’s Battleship because of the statewide “nickels and dimes” campaign to pay to move the ship to Wilmington. Nancy Wemyss, a retired school teacher from Ocean Isle Beach, recalls the campaign to bring the battleship back to North Carolina when she was a student. 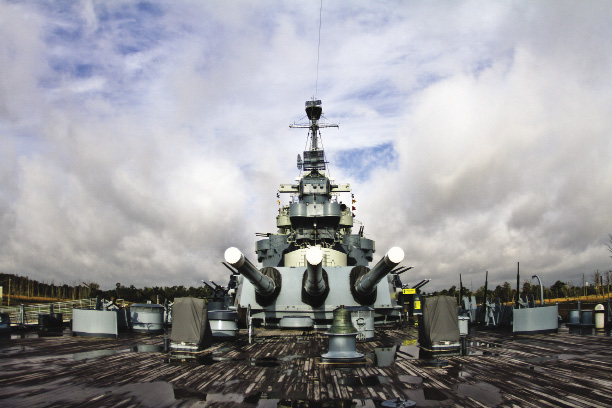 “Lord knows how many pennies we kids saved back then, but every student in North Carolina was involved,” she recalls. Wemyss says is excited about the latest preservation efforts and looks forward to visiting the ship with her own grandchildren when the work is complete.

In the past few years, the Navy has redefined the standard on how frequently a donation ship should have a major hull repair — a minimum of every 20 years. The USS North Carolina hasn’t had one since 1953. During a 2012 repair on the bow hull, it was discovered that the old girl was in dire need of some serious repairs.

Bragg and his team looked at all the options and researched preservation successes around the world. One plan for the battleship involved a $35 million investment and a minimum one-year trip to Virginia for repairs, which would have required the dismantling of the super structure to fit under the Cape Fear Memorial Bridge and then a long tow through unpredictable seas. Instead, the team decided to invest in a less expensive plan that would leave the ship in place and allow her to remain open to the public. 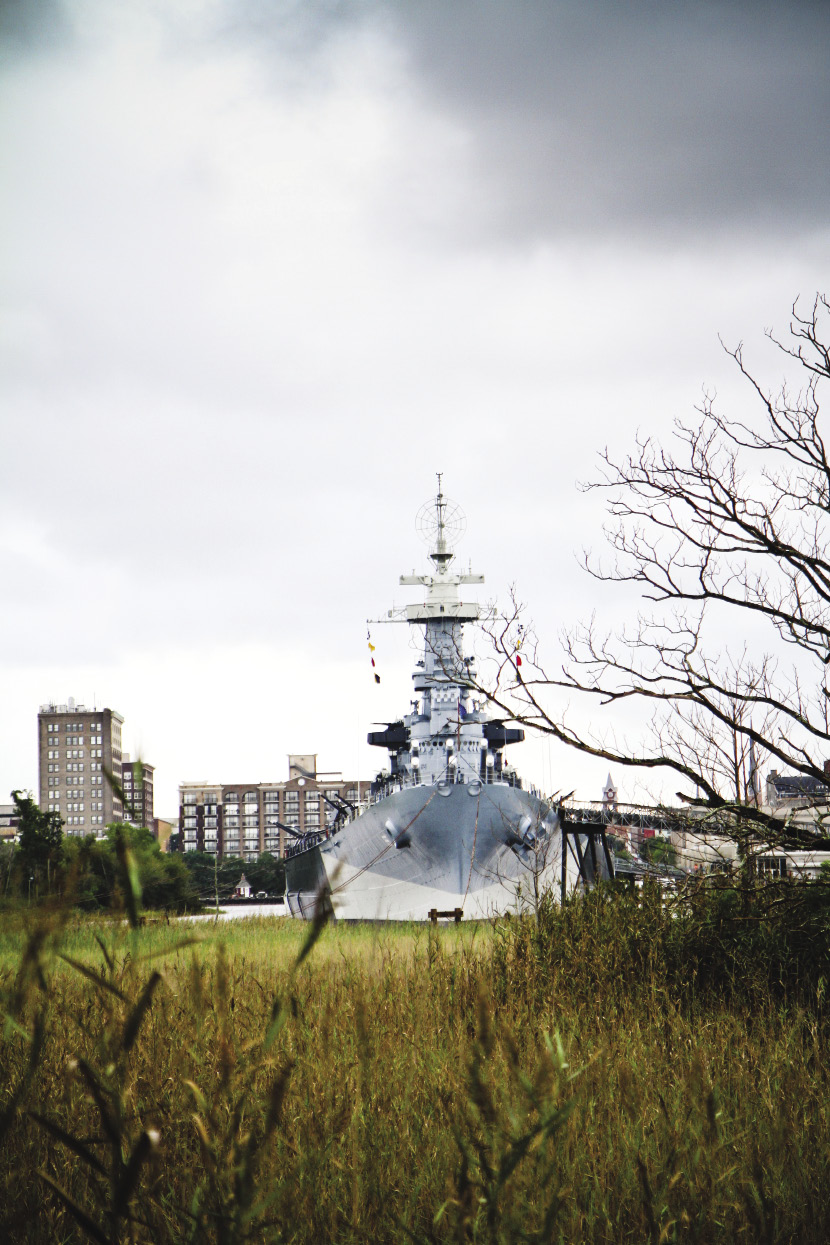 “Basically, we will build a watertight cofferdam, or a steel wall, around the ship and then pump the water out to repair the hull,” Bragg says.

It is a very technical solution that has been approved by the Navy. The cofferdam and steel repairs are estimated to cost nearly $13 million.

“The structure will remain in place, allowing for easy repairs for at least the next 40 years,” Bragg adds.

The permanent cofferdam will not become an eyesore, however. The State Employees’ Credit Union (SECU) has generously funded a new Veteran’s Memorial Walkway to be built all around its exterior. The $3 million, 10- to 12-foot-wide walkway will provide visitors a panoramic view of the ship and allow never-before-seen views of the port side.

An additional $2 million is planned for education because the battleship has an impressive international reputation for educational outreach.

“We are extremely grateful to the State Employees’ Credit Union, Duke Energy, BB&T, Sun Trust, The Cameron Foundation and Wells Fargo for their donations,” Bragg says.

In addition, some donations even preceded the formal campaign. Just this past winter, a grant from the Eshelman Foundation financed the addition of WiFi, advancing the battleship’s communications technology into the 21st century. n

“We are the most historically accurate ship from World War II.”

To help fund the repairs to the USS North Carolina’s hull, there are several ways to donate to the Generations Campaign:

Visit: Better yet, gather up the family and head to the battleship for a visit. You can donate to the campaign in person when you buy your tickets. For hours and ticket prices, visit battleshipnc.com. 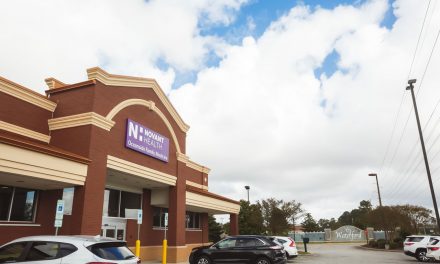 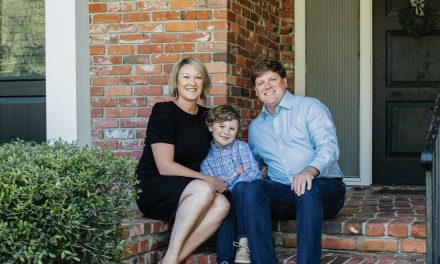 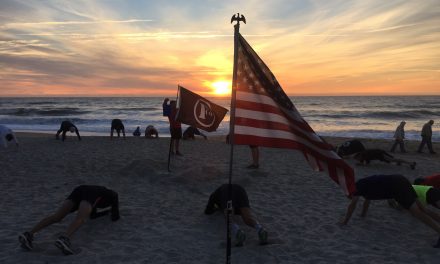