Type “history of Calabash” into Google and hundreds of results will return, each providing a different theory as to how the tiny fishing town now famous for its mouthwatering seafood originally got its name. According to Calabash Mayor Anthony Clemmons, “These legends are our history.”

Baffled by the many varying accounts, Mayor Clemmons began researching the name origination of his hometown in order to protect its unique history.

“I grew up here in Calabash,” says Clemmons. “A few years back, I realized that some of the old timers were passing away, and if someone didn’t start getting the history documented, we would start to lose a lot of it. So out of a sense of preserving our area’s history, I started researching and documenting.”

According to Clemmons’ studies, the present-day Calabash River was placed on a map as early as 1691, referred to as the northeast branch of Little River. But it wasn’t until more than a century later that any indication of the name Calabash was revealed in paperwork.

Clemmons located a land survey completed in 1814 that titled the same river with a new name. “The surveyor refers to the river as the Callebash [Cal-E-bash] River,” explains Clemmons. “That’s the earliest reference I have been able to find.”

A calabash is a gourd, a large, peanut-shaped fruit that can be harvested early and used as food or dried and used as a bottle. According to legends, some believe that the river was named after the calabash because of its gourd-like shape, while others claim that gourds were once planted and harvested on the surrounding land.

“I’ve heard both of those legends,” says Clemmons. “But I haven’t found any concrete evidence in the years of research that I’ve conducted to prove that either is true.”

Clemmons has also read that there were wells in the town and that people would dry calabash gourds, saw off the tops and use them as water dippers.

Clemmons also learned that people once shipped rum in calabash gourds. “You hear a lot of theories,” he says. “Some say that the slaves had come up with the name somehow; that the word came from Africa. We also know that in Hawaii calabash is a big fruit dish used for celebration. We don’t know for sure why the surveyor chose ‘Callebash’. Things I can’t prove, I just say ‘legend has it’. I don’t agree or disagree.”

Clemmons found that by the early 1880s the town surrounding the “Callebash River” was known as Pea Landing.

“We had good access to the Atlantic Ocean and to the ports of Wilmington,” explains Clemmons. “Local farmers would travel down to our river to ship their peanuts to Wilmington so that they could be sold in the city’s large brick warehouse, which still stands there, by the way. The road to our town was appropriately named Pea Landing Road; a portion of which, today, maintains that name.”

So, how did an area once known as Pea Landing assume the name of the river? The name change was a result of a proud population ready to put their small town on the world’s radar.

In 1883, the townspeople petitioned for a post office. “Back then, every town wanted a post office to put them on the map,” says Clemmons. “You had post offices popping up all over the place. So, of course, Calabash wanted one too.”

The application for a post office required a name. “I guess they didn’t feel like Pea Landing would be a good name for a post office,” chuckles Clemmons. “The rules were that the name couldn’t already be used and it had to be easy to pronounce. So, out of necessity, the applicant wrote Calabash on the petition. I have to believe that the petitioner got Calabash from the name of the river at that time.”

With that, the town got its post office, and a new name. It’s a story that would have remained untold if it weren’t for Mayor Clemmons.

“Someone had to figure this all out,” says Clemmons. “And I was fortunate enough to take on the project. It was very time consuming, but also very rewarding.”

Present-day Calabash is now recognized more for its battered and fried fresh seafood than for its namesake. But, with a proud historian like Mayor Clemmons at the helm of this quaint fishing town, no one will ever forget its fruit roots.

What to expect: Light refreshments and snacks provided. Mayor is working on displays regarding history of the restaurants. People can come meet commissioners, mayor and staff and learn a little bit about the history of the town. 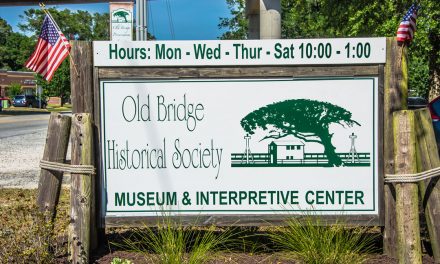 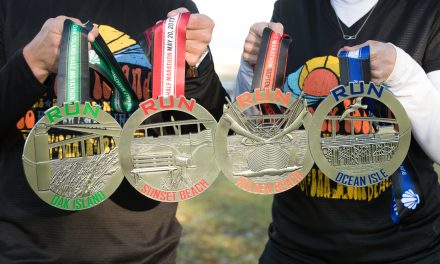 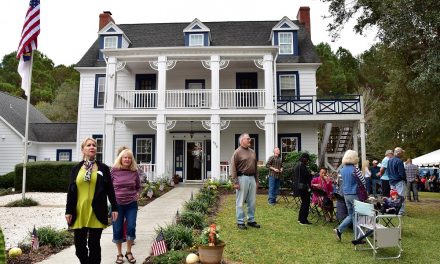