Deanna King brings organization, management skills and a love of people to her PostNet shipping service center in Leland.

Deanna King projects energy to anyone listening to her discuss PostNet, a franchise she has owned since June 2022. She explains that PostNet is a one-stop shop conveniently located on New Pointe Blvd in Leland.  It packages and ships for several shipping carriers, including FedEx, UPS, DHL and the U.S. Postal Service. Mailbox rental and virtual mail are also available.

“We do all things business related,” King says. “We even have a great set of graphic artists.”

Whether a customer wants stationery, business cards, banners, flags, brochures, graphic design, or blueprints, PostNet can do it.

PostNet International was founded in 1992 and began franchising in 1993. King understands the company. She worked for a PostNet in her hometown of Puyallup, Washington, while in high school.

“I loved it so much that it’s been on my mind ever since,” she says. 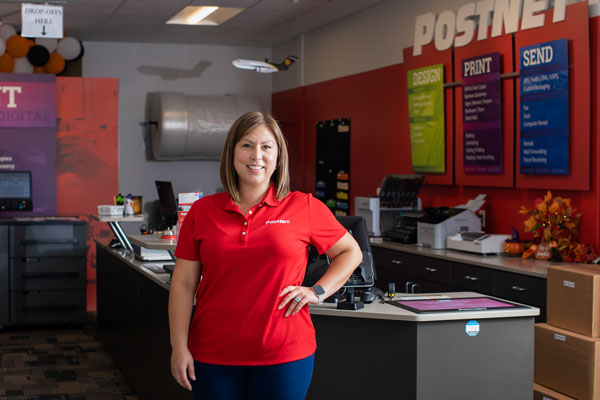 She enjoyed engaging with the customers and learning about their businesses. By working there, she was “serving the community and getting to know those who lived within the surrounding areas,” she says.

During the pandemic when business hours were limited, King realized Wilmington was the closest place to mail packages through FedEx besides going to a drop-off kiosk. She told her mother, Susan Medina, that she always wanted to open a PostNet.

“If you open it, I’ll help you,” Medina replied.

“That’s how this came to fruition,” King says.

After a year of discovery and setting up the business, along with several months of course training and hands-on training at PostNet in Colorado, King fulfilled her dream.

She says training is on-going, and she enjoys training the employees, meeting the people who live in the community and learning about them. 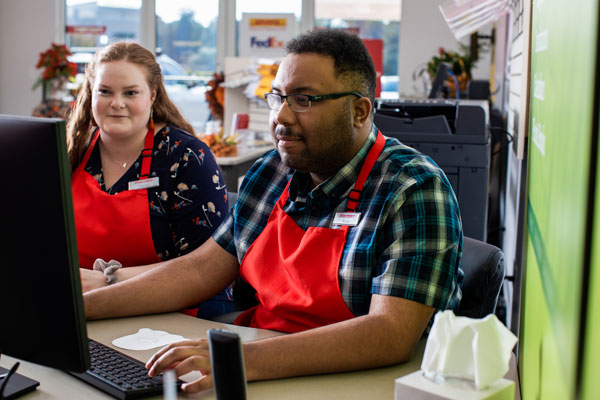 People should visit the store to learn the cost of all the shipping carriers when mailing a package, she says. Besides, PostNet in Leland is the only international DHL carrier in the area. Her customers’ packages go to Vietnam, Guam, the Philippines, Malaysia and numerous other countries. International shipping is a much-needed service, she says.

When asked what is special about her services, King replies, “Our people. We are blessed with a wonderful staff, and together we understand the importance of customer service.”

“I am proud of the fact that we have built a dedicated and loyal clientele in the short time we’ve been open,” King says. “It makes everybody who works here feel good about what they do every day.” 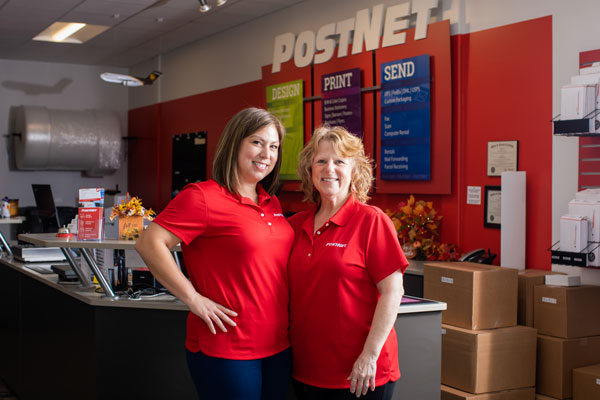 King has extensive leadership experience. Growing up, she helped manage her mother’s business by taking orders and packing freight. As an interior designer, Medina was top salesperson for 30 years on the West Coast. When King moved to Hawaii and lived there for 10 years, she was office manager for a watersports company and for Century 21 All Islands, which had offices on all the islands.

King met her husband, Bryce, a Wilmington, North Carolina, native, in Hawaii when she worked at the watersports center, where he was a master technician fixing boats, jet skis and other water equipment. The couple moved to Leland 11 years ago with their son, Noa, 12, and Bryce opened his own general contracting business.

“I believe the sky’s the limit,” King says. “The years to come are going to prove that based on our core values and our positive customer service.” 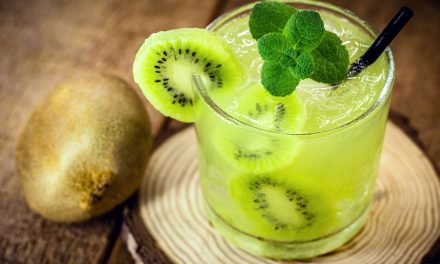 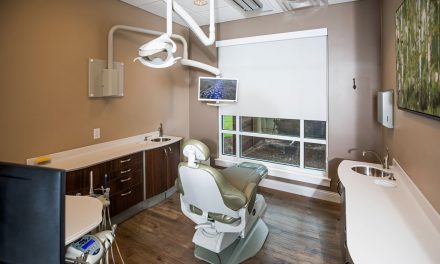 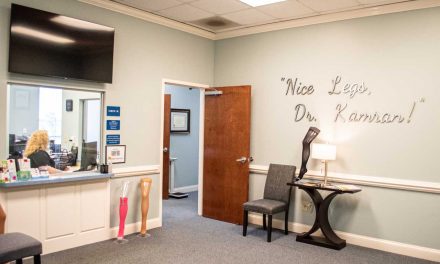 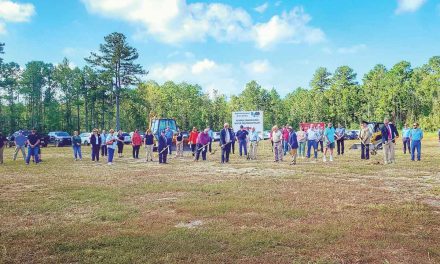