Habitat for Humanity builds houses. “Everybody knows that,” as the familiar Geico TV ad would say. But does everybody know how much more they do? The Habitat for Humanity organization also builds hope and changes lives. It provides a way out of poverty housing, not by a handout, but by a partnership in which the recipient family works with the Habitat volunteers to build their new home and then accepts responsibility for repaying their interest-free loan.

On January 29, 2015, nearly 100 people gathered in front of Kelli Rhyne’s new home in Southport to celebrate the dedication of the 50th Habitat for Humanity house to be completed in Brunswick County. It was an emotional moment as Rhyne and her 12-year-old daughter, Shea Campbell, thanked the community of St. James for their sponsorship and all those from the surrounding towns who helped make it happen. The sentiment was perhaps best expressed by Shea when she said, “I just want to thank everyone who worked on our house because you didn’t have to do this. You chose to.”

To make this house happen, the Builders Guild of St. James donated the materials, the community held fundraisers to provide additional funding, the lunch ladies provided lunch for the construction crew, and about 15 new workers from St. James volunteered to do whatever the inexperienced handyman can learn to do under the supervision of the experts. 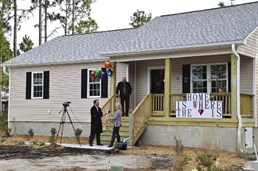 Revenue from various fundraisers amounted to about $40,000, and the builders’ donation of materials was estimated to be another $30,000, totaling $70,000, which equaled the cost of purchasing the land and building the house. However, Habitat will use the money to start building another house, and Rhyne will get a 30-year, interest-free loan. That’s the Habitat for Humanity business model, and it works well.

Of course, it also works so well because there is a corps of dedicated men and women from all over the county who have been building Habitat homes for years. The group is under the watchful eye of Jude Herges, one of only two paid Habitat foremen. Leading the list of volunteers is construction superintendent Gary Lyles from Boiling Spring Lakes. Rhyne’s home was his 49th consecutive Brunswick County Habitat for Humanity house. And then there is Richard Colwell from Southport, who, along with Ray Nichols, has installed the plumbing in 32 Habitat houses. Ralph Lilley, an electrician from Calabash, has 90,000 miles on his pickup truck, and he figures 70,000 of those miles are from commuting back and forth to Habitat jobs. And there’s Bruce Ivers, who recently moved to St. James, but has worked on about 50 houses in the last 25 years in New Haven, Hartford, Boston, Dallas and Atlanta. Ivers says he does “anything they tell me to do except go on the roof. I can’t do that anymore. That’s how I keep my marriage.”

On Rhyne’s house, installing the roof was not an issue because experienced carpenter Joe Kinzer Jr. was on hand to handle that job. He was also responsible for coaching his dad on the less challenging tasks. Joe Sr. admitted he was a novice at most of this, but he added, “I am the world’s greatest helper.” This was the first house that both Joe Sr. and Joe Jr. have worked on, and, like so many other new St. James recruits, they intend to join the 12 or so veteran St. James volunteers to work on more Habitat houses.

In his role as job foreman, Herges was responsible for seeing that the house not only complied with the Brunswick County building codes, but also the development’s architectural specifications. This meant putting in a two-car driveway and curved walkway. They didn’t build a garage because as Herges says, “We build houses for people, not cars. Habitat houses are practical, affordable and livable.” That may be the technical description, but for Shea, this one is much nicer than that. “I’ve never been in a house this nice,” she told Herges. “And I can’t believe I get to live in it.”

3D Designs of Southport donated the design of the house. Delina DeVoid sketched it, and Kenneth Felts did the CAD drawing. Maureen Morabito’s A Clean House Inc. cleaning service donated the construction clean-up after the dedication ceremony and before Rhyne and her daughter moved in.

St. James is not the first group to sponsor a Habitat for Humanity house in Brunswick County. Novant Health sponsored one in celebration of its 20th anniversary in the county. Progress Energy and The Southport Oak Island Interchurch Fellowship have each sponsored two houses. In fact, organizational sponsorship has become so popular that Habitat now has a 34-page booklet that provides some guidelines and helpful hints for raising funds and recruiting workers.

According to the latest information on their website, Habitat International has built more than 600,000 houses around the world, providing 2.5 million people with safe, decent, affordable housing. Habitat has given these new homeowners a chance to live a life they never thought they could have for a price they can afford. And their children come away with the determination and the confidence to aspire to a better life. 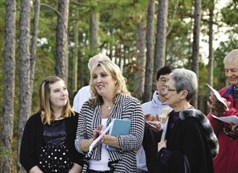 Brunswick County Habitat for Humanity became an affiliate of the international organization in 1994 and completed its first house in 1996. The owners of that home will make the last payment on their 30-year loan in January of next year.

Brunswick County Habitat for Humanity is now building five or six homes every year and has also added a new service — home repairs. The organization currently has two projects underway in Southport to restore leaking roofs and to do some outside painting. These homeowners get a three-year or five-year interest-free loan to pay for the cost of the materials. As with the houses, the labor is donated.

A 12-person Habitat for Humanity selection committee chose Rhyne and her daughter as the recipients of this 50th house. According to committee member Ruth Smith, Rhyne met Habitat’s four criteria: must be a Brunswick County resident for a minimum of one year; must demonstrate a need for simple, decent, affordable housing; must have the ability to pay a 30-year interest-free mortgage, and must have a willingness to partner in building their house.

Rhyne actually exceeded all of the criteria. She has lived in Brunswick County for the last nine years and has been a hairdresser at E Salon & Spa in Southport for four years. She was living in a low-cost housing development, but her apartment became uninhabitable. The selection committee had the confidence that she would complete her required 300 hours of sweat equity in her home. Smith added, “She was so enthusiastic that we could tell she would work hard to accomplish whatever was necessary to get her home.”

Like all Habitat homeowners, Rhyne has a mentor who will help her slog through the myriad of details and paperwork that are required to take home ownership. In this case, the new homeowner and her mentor, Barbara Teachey, have been friends for about 10 years. 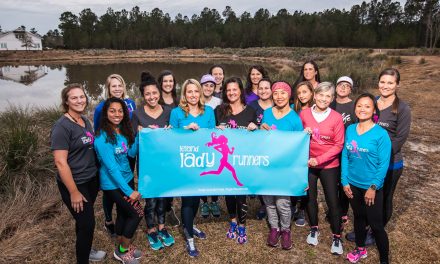 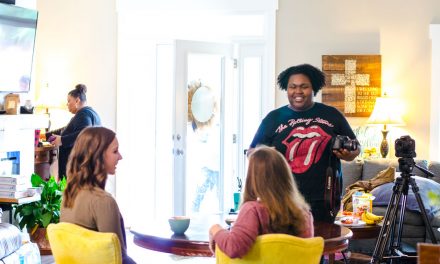 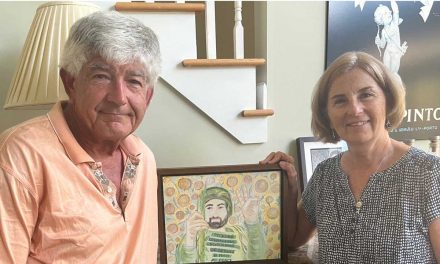 A Hero from Calabash